Cali: A story of love and prostitution in VR

He loves the game, loves the relationship it builds between a boy and girl, loves the hand-holding animation as the boy guides the girl around. But he’s frustrated at the game’s restraint. He wants to see the girl react to how the boy treats her and see the pair’s relationship evolve. But that’s not the game he’s playing.

"What happens at the end? She becomes a key, and then you get pissed because she’s using you to escape, but you’re not getting anything from her. ... I was like, ‘Come on! Give me a hug! Do something or I’ll throw this controller away!’"

Now almost 15 years after Ico’s release, he’s taken it upon himself to satisfy that craving. He’s making a similar emotion-driven adventure game — codenamed "Ico 3.0" — that will show the evolution of a relationship and deal with social issues such as prostitution and financial inequality, inspired by an adolescent relationship of his own. 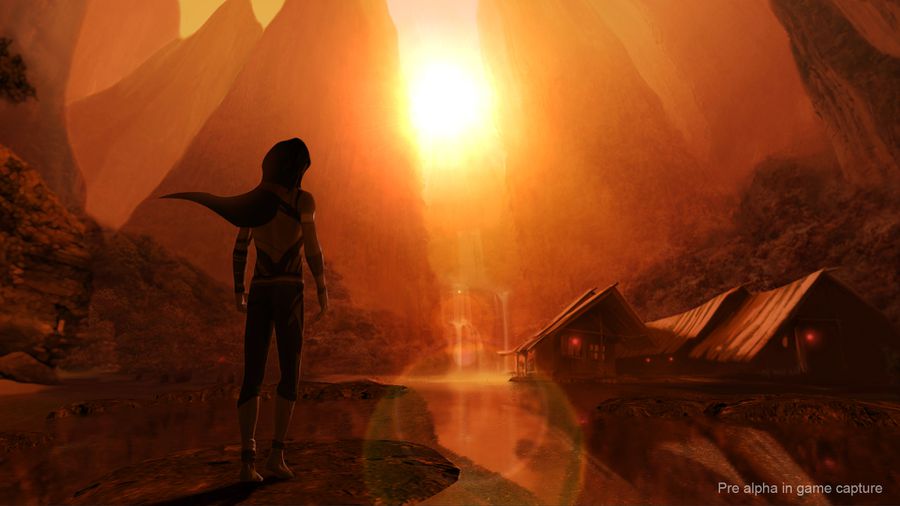 "A story of impossible love"

Caballero has been trying to make Cali for a few years.

As the creative director at Minority Media, a Montreal-based development studio, he’s put a lot of time into thinking about what he calls "empathy games" — games that closely tie personal experiences to their narratives.

Minority’s first game, Papo & Yo, featured the story of Caballero’s childhood struggles with an alcoholic father, who is represented in the game as a monster addicted to frogs. And Minority’s mobile game Spirits of Spring referenced Design Director Ruben Farrus’ experiences with bullying.

Shortly after Papo & Yo’s release in 2012, Caballero started work on Cali — a game he describes as the "emotional successor" to Papo & Yo because it references another traumatic situation from his past. This time, it’s a story about "impossible love" inspired by a relationship he had as a teenager.

As he tells it, as part of a tradition in Colombia, a teenaged boy has to prove his manhood by sleeping with a girl. So Caballero’s father, who was fairly well off, set him up with a girl who’s mother was a prostitute. But contrary to the intended goal, Caballero says he and the girl fell in love, which caused turmoil in his family. 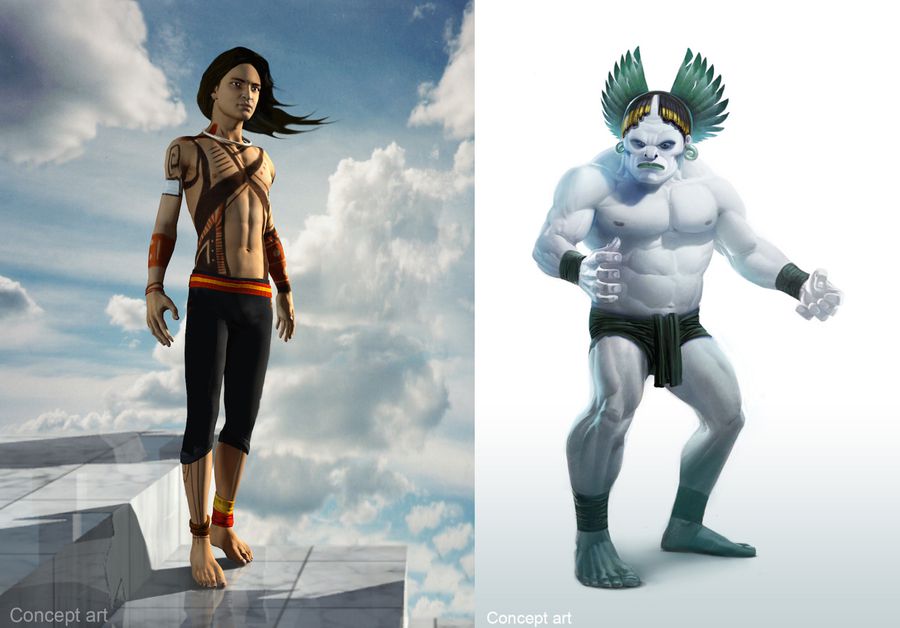 Massi (left) and one of the game’s gods (right)

"You can imagine a rich kid falling in love with the daughter of a prostitute," he says. "It was just a beautiful first love, but a tragic one."

Turning this concept into a game, Caballero and the team at Minority found metaphors to represent the real-life events. They built a third-person prototype with a realistic art style similar to Papo & Yo and came up with a story where a small village chooses a teenaged boy named Massi to send to the gods. So he ascends to the heavens and goes on an adventure to convince a fairy named Cali to fall in love with him in order to become a god himself and save his village.

The gameplay hinges on Massi convincing Cali to fall for him. On the surface, the game looks like a platformer where the player controls Massi, solving puzzles to advance, finding objects and rotating levers to move through the world. But those puzzles are his toolkit for winning her over.

One of the ways for Massi to attract Cali, for instance, is by giving her offerings — scarves he finds in the environment that turn into clothing if she accepts them. Massi finds a scarf, places it on a pedestal, then watches as Cali approaches it and decides whether to keep it or kick it away. 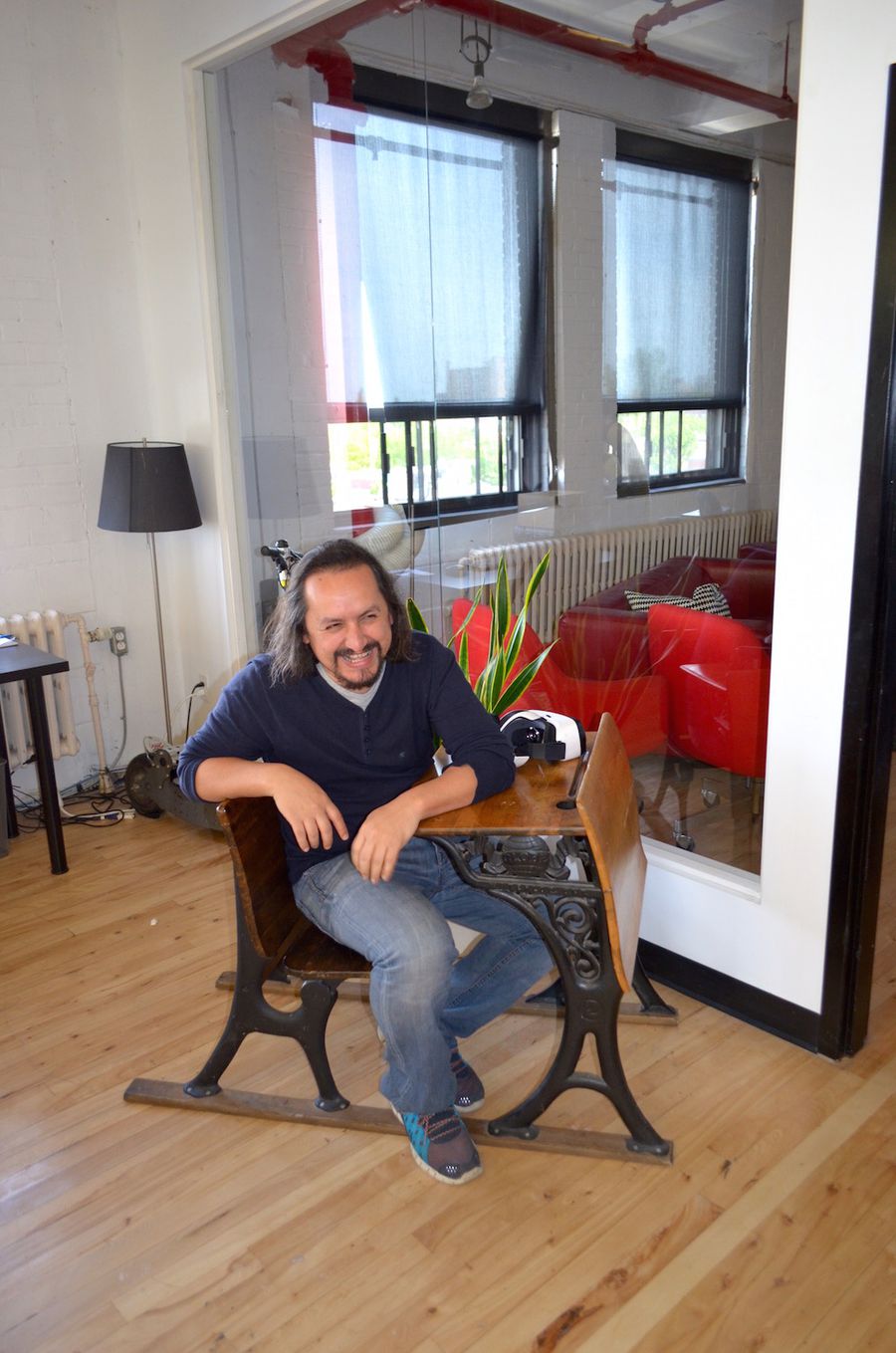 "It’s a really simple mechanic," says Caballero. "It’s not complicated. But when you implement it — when you go and grab a gift for her and you offer it to her and she kicks it. You go like, ‘Oh my god.’ You get hurt because you worked for that."

As time goes on, Caballero says the player will need to learn to pay attention to what Cali wants and needs rather than offer her gifts at random. And he points to this as an example of the relationship evolution he wanted to see in Ico — as Massi gets to know her better and reveals more about himself, the more she will either trust him or pull away.

With this design locked in, Caballero felt he was on to something, but he says at first the work didn’t feel quite as exciting as developing Papo & Yo. Because while he likes making games about emotional situations, he also likes making games that are innovative. And while Papo & Yo felt innovative to him a couple of years earlier, by the time he was working on Cali, a number of other studios were attempting similar approaches with their games. He started to feel that making games based on real-life situations wasn't as unique as it once was.

And he says when he started to pitch the game to game publishers, they often felt the same way. 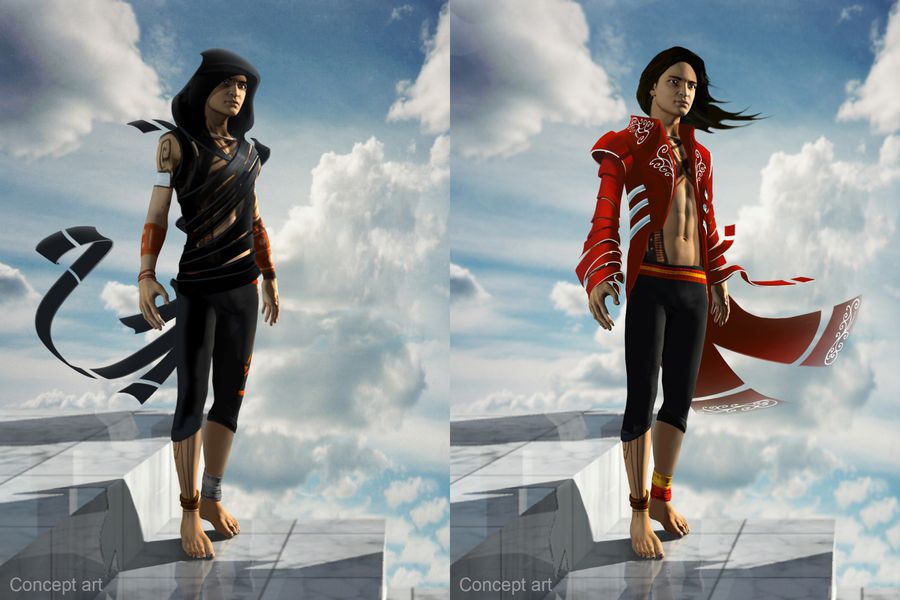 When Massi finds scarves in the game, they wrap around him and turn into clothing.

After about a year of design work on Cali, Minority shifted gears as a company. It hadn’t had much financial luck in mobile, and it was running into publisher walls for funding Cali. So the company made the decision to focus on virtual reality development.

In doing so, it initially left Cali behind to work on a virtual reality dinosaur exploration game called Time Machine for the Oculus Rift headset. The studio dove into Time Machine, planning to launch it alongside the Rift in 2015. The team received financial support from the Canada Media Fund and things started going well.

But then Minority started to hear rumors that the Rift would be delayed until 2017, so the team adjusted again, reviving Cali as a smaller project it could complete in the meantime — this time as a virtual reality game for Samsung’s Gear VR platform.

Then as Oculus’ plans became clearer, things shifted once more, and as the situation stands now Minority is planning to release Time Machine alongside the Oculus Rift when it launches in early 2016, along with other VR hardware such as Sony’s Project Morpheus. And later in 2016, it’s planning to release Cali, now not only as a Gear VR game but for other VR platforms as well. 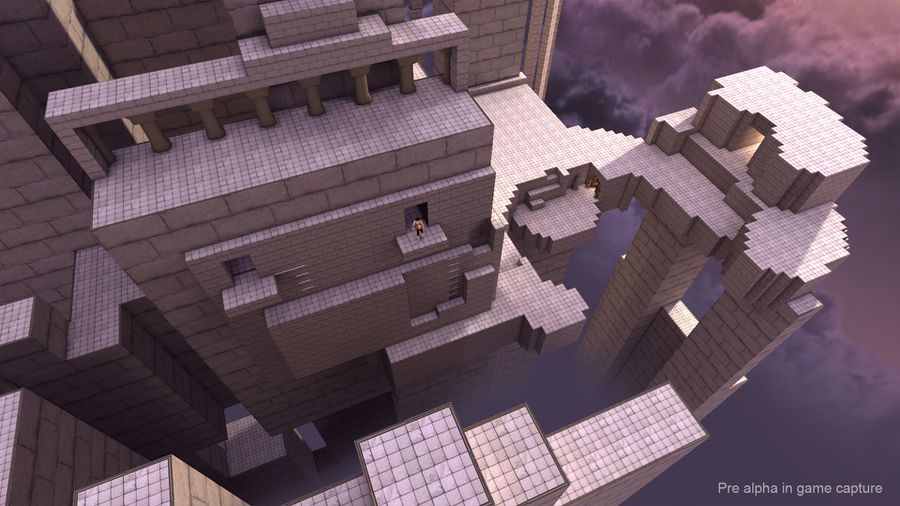 The side effect of all this back and forth is that, along the way, Cali became a VR game. It’s still a third-person platformer with all the same gameplay ideas, but now with adjustments to work well in VR. It has a new cartoony art style, for instance. It has a new camera system set farther back from Massi, so playing almost looks like viewing the world through a security camera from afar. The player can move their head to look around the world, and each room feels like a child’s toy set or diorama with Massi finding his way through.

Perhaps the biggest change with the shift to VR, though, is the addition of first-person sequences. At certain points in the game, Massi will enter golden doors and the player will use analog sticks to flirt with Cali in first-person. They might choose to caress her face or kiss her, and she will react.

Caballero says this kind of scene where a player looks into a character’s eyes can work far better in VR than on a screen. He cites the tech demo "Coffee without Words" and virtual reality pornography as examples of how it feels significant to look into a character’s eyes in VR in a way that it doesn’t on a screen. When Caballero formerly worked at EA, he says he saw a prototype of the action game LMNO that was trying to do something similar in establishing a connection between the main character and a girl, but the connection never felt as strong to him.

And he thinks these golden door scenes will play a key role in showing the evolution of Massi and Cali’s relationship over the course of the game. 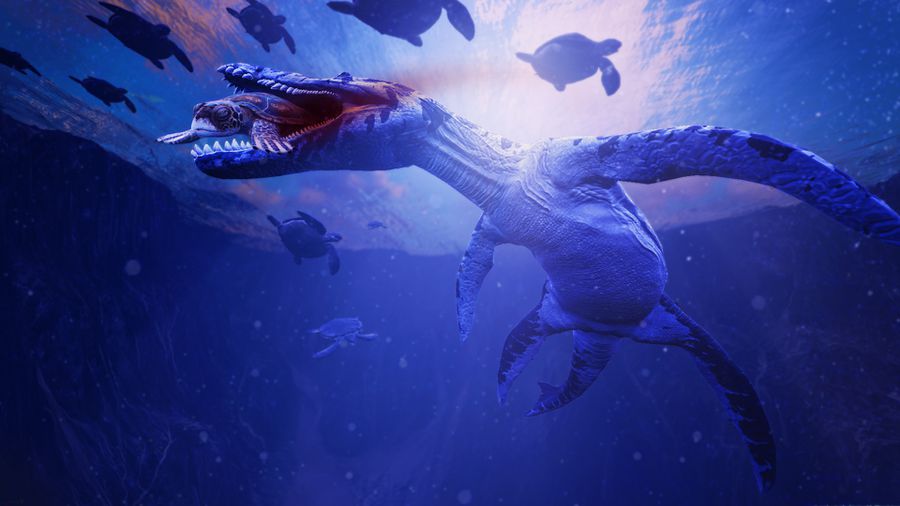 Minority’s other current project, Time Machine, is on track to be a launch game for the Oculus Rift and Sony’s Project Morpheus. Caballero says in recent months the team has added more depth to the game, allowing players multiple ways to scan the dinosaurs they come across.

For Caballero, Papo & Yo’s legacy isn’t about the details. It’s about the reaction he’s heard from fans who see the world a bit differently after seeing how the game handled alcoholism. And he’s hoping for the same effect with Cali.

To that end, much like in Papo & Yo, players can expect Cali to, at times, break the fourth wall and let players know about Caballero’s own past.

"I’m putting a lot of attention in making people feel what I felt," he says, citing a spoiler at the end of Papo & Yo where the game stops showing alcohol as a metaphor and shows the main character picking up whiskey bottles.

"That was a moment that was really crucial because ... it was breaking the wall between games as an escape and real life. I want to bring elements like that into Cali, so when people are playing it, it’s not just a fun, entertaining game. This is a real social critique of society, like other mediums do. ...

"That was my story. It was beautiful. It was painful. We have a lot of social inequalities that I want to show."