For Jonathan Hawkins, things weren’t supposed to turn out this way.

After approximately seven years working as a designer on the God of War series, he became part of a small team within Sony Santa Monica working on what the studio hoped would be its next big franchise.

As the team staffed up, he took on a lot of responsibility, overseeing a group of designers and working on a new open world concept.

Then after almost four years of work on the game, Sony canceled it. At first, Hawkins wasn’t sure what to do next. 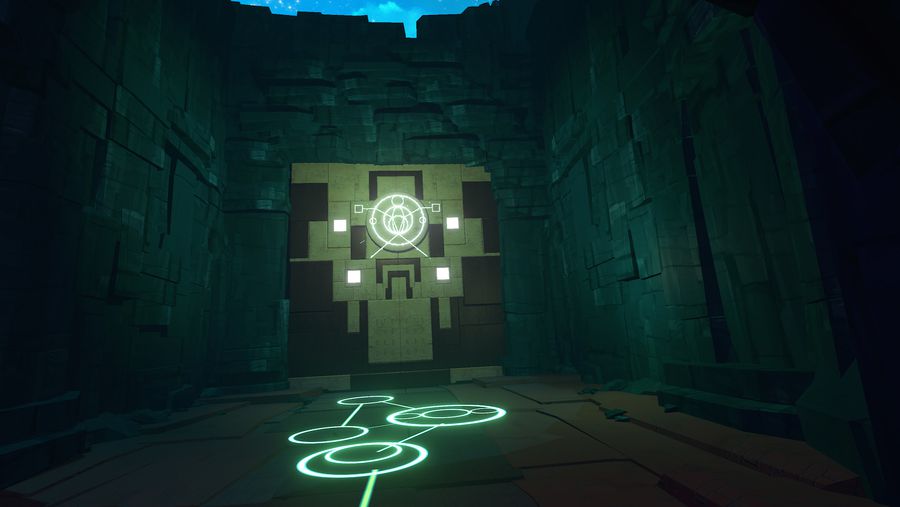 An Eclipse screenshot. Click here for an alternate shot.

“It was just kind of a whirlwind trying to figure out what to do now that you’re kind of out on your own,” he says.

He took some time off and looked at joining other studios, but realized that if he was going to start his own company, this was the time. He started to brainstorm ideas around a team focused on future tech — virtual reality, augmented reality, perhaps one day even robotics and physical real-world projects.

He formed a company under the name White Elk Studio.

One of his first steps was to pitch a game idea to a former coworker, Cecil Kim, who was running a separate team called Section Studios. Kim’s team had started as a concept art group, but was starting to develop its own small mobile and PC titles. Kim liked Hawkins’ pitch and committed Section to co-develop the game, which it has done on a handful of other projects such as the side-scroller Tinertia. 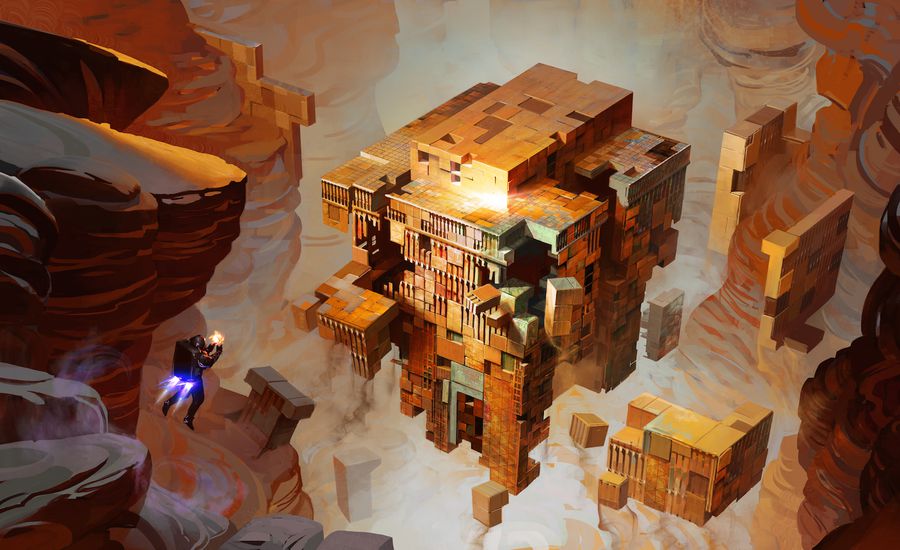 The teams started collaborating and put together a three minute prototype of a game tentatively called Eclipse. It’s a first-person exploration game set at least in part on a foreign planet where the player discovers an object that gives them magical powers. Hawkins compares it to the Metroid series, where players spend time scanning locations and solving environmental puzzles to progress, but says it’s not based around combat.

Sit down to play that prototype and it becomes clear that one of the game’s defining qualities is its sense of scale. You arrive in a corridor with high walls and can use a jetpack to gently glide up between platforms. You come across a large wall and have to look it over to open a path. And at the end, you find an open air platform, stand on it and watch the whole world dramatically transform around you.

The prototype is very simple and doesn’t require much from the user — you rarely have to turn your head more than a few degrees right or left, there are no characters to interact with and the level design guides you forward. It works remarkably well and makes for one of the most comfortable virtual reality experiences available, though its length and simplicity may have something to do with that. Hawkins envisions the finished game lasting two to two and a half hours.

He says he also wants to fill the game with big moments like the sequence at the end of the demo where the world transforms, and that players will upgrade their abilities, explore the world and solve puzzles along the way. 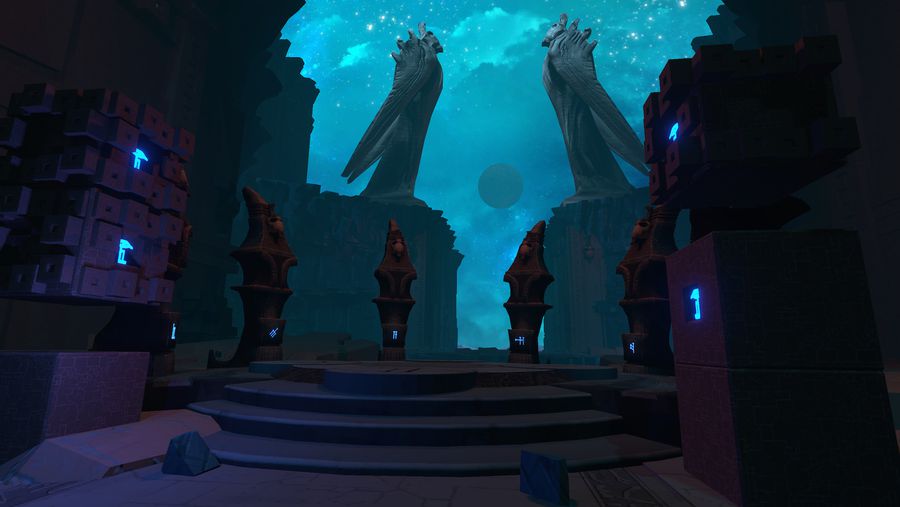 As potential puzzle examples, players might be able to change gravity in certain areas, or view a scene differently based on their perspective like in the puzzle game Echochrome. And many of these will tie in to the mysterious object that the player finds.

“At its core, the game is a mystery,” says Hawkins. “It’s the slow reveal of this place and of this planet, and of who you are.”

At the moment, Hawkins has completed a basic design for the game and is fleshing out the story while looking for funding. The night before Polygon’s visit for this story, for instance, he took an overnight road trip to Las Vegas to pitch the game at a developer conference. And he estimates that, should everything go according to plan, the game will take “at least a year” of production before release.

Hawkins acknowledges that all of this wasn’t his original plan, but says in the back of his mind his long term goal was always to start his own team and make his own games, and now he hopes Eclipse ends up being just the first step.