There seems to be some agreement that, in terms of the user experience, virtual reality’s key attribute is its ability to manufacture presence. One notch past immersion, this means that a user perceives that they are physically present in a nonphysical world. It makes sense, then, that developers are immediately reaching outward to bring distant pieces of the universe into our living rooms — bringing deep background into the immediate foreground.

Take Ben Vance’s Irrational Exuberance, for instance. It’s a journey into an imagined outer space, full of vast starfields, realistic, low-gravity physics and other interstellar phenomena; you move from one crater to the next, discovering bits of extraterrestrial knowledge along the way. But it’s all firmly planted in science fiction — it is to the Milky Way what Vice City is to Miami, Florida, without nearly as many Tommy Bahama shirts.

Vance’s title started its life in 2013 as an Oculus Rift project, prior to Facebook acquiring the company and well before the virtual reality train had reached maximum velocity. It was one of the first projects Vance had undertaken since finishing work on 17-BIT’s Skulls of the Shogun — and a big change from creating a turn-based strategy game. It was exciting new territory.

Then, in January 2014 — at the invitation of Valve’s Doug Church, whom Vance had worked with several years earlier on EA’s unreleased LMNO project, — he attended Valve’s Steam Dev Days conference. That’s where he first encountered the company’s VR tech. Though Valve framed the hardware as "experimental" and revealed no plans for an eventual consumer product, Vance was sold; among other things, Valve had already solved the motion sickness problem, which had limited his Oculus sessions to 15 minutes at a stretch. Any lingering doubts he had about the medium vanished. 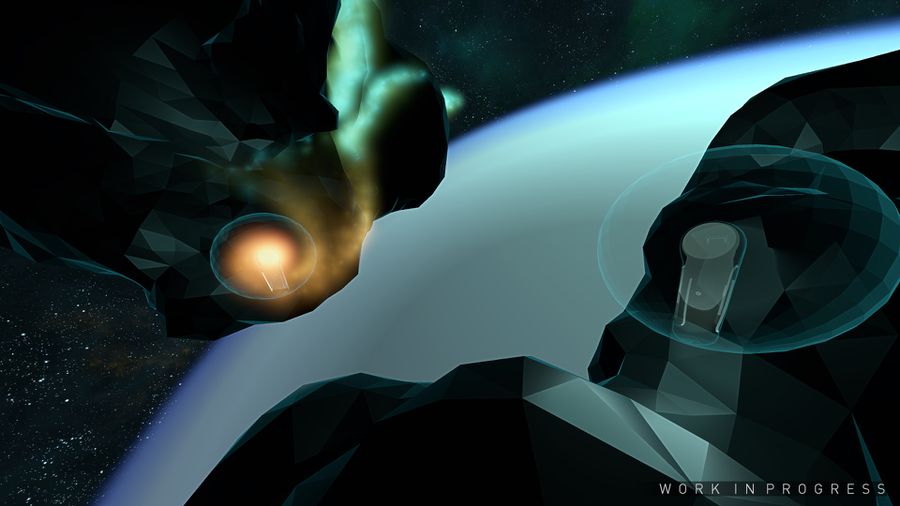 In March of 2015, Vance received a grant from Venice, California-based WEVR (pronounced "weaver"), as part of the company’s $1 million program aimed specifically at funding virtual reality projects. Vance had helped the startup create one of the demos Valve showed to launch its Vive hardware at this year’s Game Developers Conference. It was called "TheBluVR: Encounter," and allowed users to experience an underwater VR landscape punctuated by rubbing shoulders with a life-sized blue whale. The project provided valuable experience with the hardware, as well as WEVR’s eventual backing of Exuberance — not to mention access to its hard-to-come-by Vive development hardware.

Vance’s desk on the third floor of WEVR HQ, which accommodates his laptop, monitor and Vive development kit, looks out onto the company’s open loft workspace. "People say I look like I’m in a DJ booth up here," he shrugs. Since he’s often here well after everyone else has gone home, however, he’s usually a DJ for an empty club.

Irrational Exuberance drops players (or "visitors") onto a lonely asteroid where they encounter "mysterious phenomena, hidden beauty, and go face to face with the infinite." As I don the headset, the small room we’re in suddenly becomes an endless, extraterrestrial expanse. Hundreds of thousands of stars are visible in the distance; appropriately massive planets and comets hover in the foreground, and a strange, black obelisk juts out of the ground some 10 feet in front of me on the small piece of rock we share as it drifts through space.

I experience several small vignettes, each full of various bits and pieces of foreign matter. I eventually figure out that I can use the unfamiliar tools in my hands to knock about floating bits of space rock, which shatter and change direction in satisfying, low gravity slow motion. I’m able to hack away at the aforementioned obelisk, which reveals a glowing yellow rod embedded inside it. There are strange multicolored lights embedded in the ground of some asteroids from which I’m able to extrude plantlike forms, molding them with my tools into gangly, Dr. Seussian shapes. At the moment, Irrational Exuberance is something of an interstellar sandbox, and Vance likes it that way.

“The more time I've spent with Irrational Exuberance, the more I think it is about taking you somewhere far, far away.”

"I've been going through a process of understanding VR as a very different thing, at least for my purposes," he says. "I struggled for some time thinking I should add more traditional [game] elements, but I'm happy now — I feel like I'm doing the right thing."

Vance has been engaged with VR for longer than most. He was developing for Oculus’ DK1 in 2013, and back in his university days, he worked on projects at Iowa State’s VR Applications Center. The $10 million lab eschewed headsets in favor of an approach to VR that involved projecting images on all the walls of a room. While the technologies involved somewhat different approaches, this effectively demonstrates Moore’s Law; Vance says that in many ways, even his first-gen Oculus Rift dev kit trumps what was possible in that lab merely a decade ago.

The direction of the game has also changed somewhat since transitioning from Rift to Vive. "I think the [Vive] controllers themselves have made it less gamey," says Vance. "I used an Xbox 360 gamepad in my prototype, and of course that makes it feel a bit like a game. I only used it for navigation, really, but even so, you're still holding it and have that association." He points out that the motion tracking on the Vive controllers is so precise that players quickly relate to them as their "hands," even though they’re visualized in the gameworld as mechanical tools. "It feels very intuitive, and I'm really building around that."

Vance is attempting to design interactions that feel as natural as possible — things you'll see, and then expect to do, simply by virtue of being human. One of the questions he’s been grappling with is how much he’ll rely on the controller buttons for interaction. "They work great, give you a nicely discrete connection to the world, but I don't want the visitor to be thinking about buttons," he says. 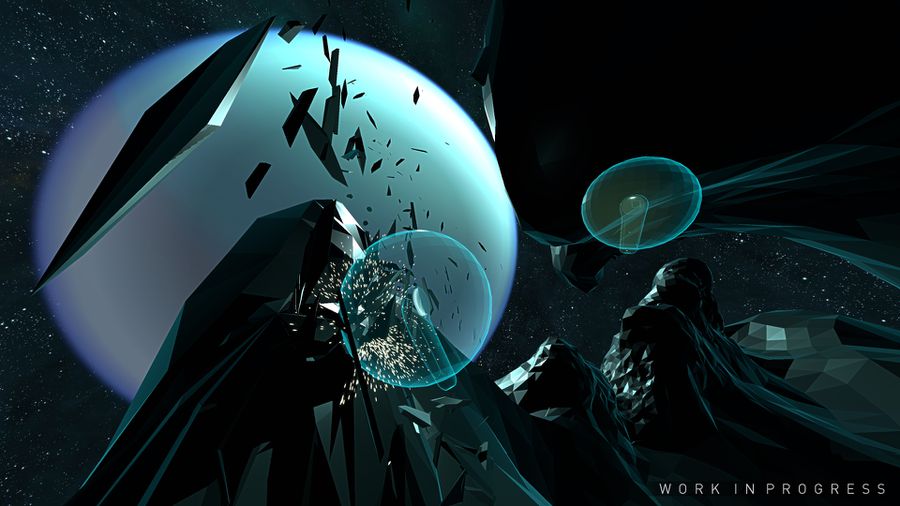 Generally, Vance explains, room-scale VR encourages full body movements, like leaning and walking over to inspect things. "This is so different from screen-based gaming and other VR devices I've seen that it's hard to compare — they're just different. So even something that is quite ‘gamey’ in room-scale VR may feel quite unlike a traditional game." He tried adding an antagonist early on that would interfere with what the player was doing after a few minutes — it created a threatening vibe, and although it didn't allow you to die, it completely changed the tone of the experience. So he scrapped it.

Vance says that he’s trying hard to resist the temptation to overdesign the experience or direct the player. While Irrational Exuberance will need to find its own experiential arc, the hand of the designer — far more so than with traditional games — can easily break the feeling of immersion in VR. "It’s just fundamentally not the same as playing on a screen," he says. "The more time I've spent with Irrational Exuberance, the more I think it is about taking you somewhere far, far away. I’m starting to think that part of it will be minimizing connections to this world, like expectations about how games and virtual experiences work, which implies departing from more traditional game notions. It is about exploration and discovery, and while it does have lots of things to do and specific mechanics, it would be unfortunate to go too far and have a visitor start to feel, ‘Oh right, I've done this before’."

Vance’s grant from WEVR is only enough to cover the development for a playable demo for Irrational Exuberance, and he’s currently exploring other avenues of funding. But despite the challenges, he’s found a certain harmony in the current moment.

"The technology has been building and improving for some time, but this feels like a very important milestone — this threshold of presence," he says. "That we can fool our low-level perceptual systems to the extent that we ‘believe’ these worlds — even if stylized and abstract. You can know something isn't real but accept it all the same. [Irrational Exuberance] might not have some of the things players expect, but I've come to terms with that. I struggled for some time thinking I should add more traditional elements, but I'm happy now — I feel like I'm doing the right thing."