Land's End: A VR game from the team behind Monument Valley

It was only last year that Ustwo, the London design collective best known for its work on an M.C. Escher-inspired tablet phenom called Monument Valley, confirmed it was developing its first virtual reality game. And now the team is ready to reveal more.

Land’s End is a surreal exploration and puzzle-heavy experience set in a strange, sunset-hued archipelago. The player drops onto a mysterious island and is simply left to explore — a 360 degree spectrum means a swivel chair is highly recommended. Whales and seagulls roam throughout, against a neolithic backdrop based on ancient burial mounds and Stonehenge.

The studio offered an early teaser of the game in 2014 — a two-minute press demo with a basic objective: Find orbs hiding within the environment by moving a series of levers.

Now, almost exactly a year since the game’s announcement, Lead Designer Ken Wong says he's acutely aware of one of the biggest challenges about working in VR development.

"The hardest part about developing for VR is preventing the player from feeling sick," says Wong. 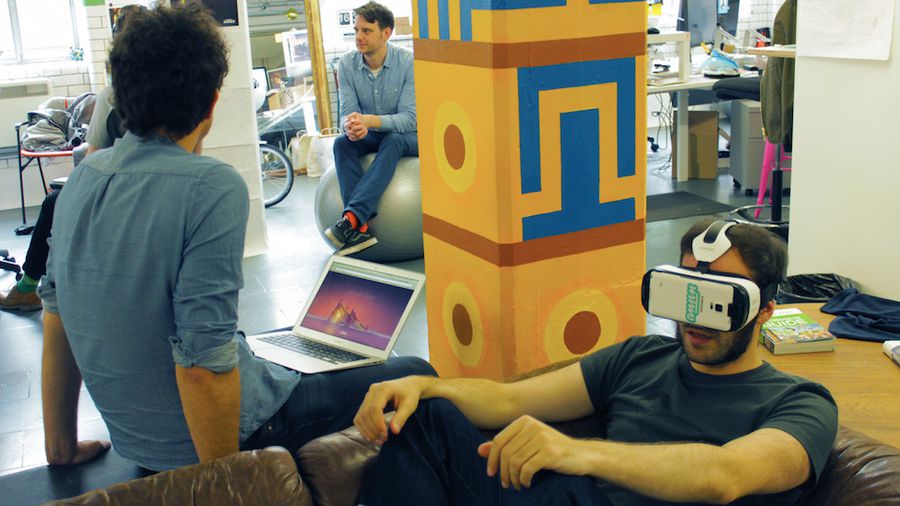 Thought to be the result of a disagreement between what’s being sent to the brain from the eyes and what’s being sent from the inner ear, that nausea — what many call "virtual reality sickness" — is a long-running problem for VR developers.

So how do you create a VR experience that doesn’t make you want to throw up?

In 2013, Oculus CEO Brendan Iribe — who admitted he couldn't play any of the early games released for Oculus Rift without suffering from motion sickness — stated the challenge was for hardware designers to solve. VR would need serious advancements in resolution, latency, persistence and judder, field of view and more before motion sickness could be overcome.

But perhaps this is a task for game designers. At least, that’s Ustwo’s angle.

"It's amazing how quickly VR has developed in the last two years," says Ustwo’s Peter Pashley. "We're now in a position where the visual output like headtracking, low-persistence displays etc., is ‘indistinguishable from magic’ — players just believe that they are looking at a virtual environment.

Ustwo's platform of choice is the Samsung Gear VR, a piece of hardware that can use any Bluetooth gamepad compatible with the Galaxy Note 4. Alternatively, wearers can use the built-in touchscreen and a "back" button near their right temple, allowing them to control many games and the system's UI with a series of taps and swipes. 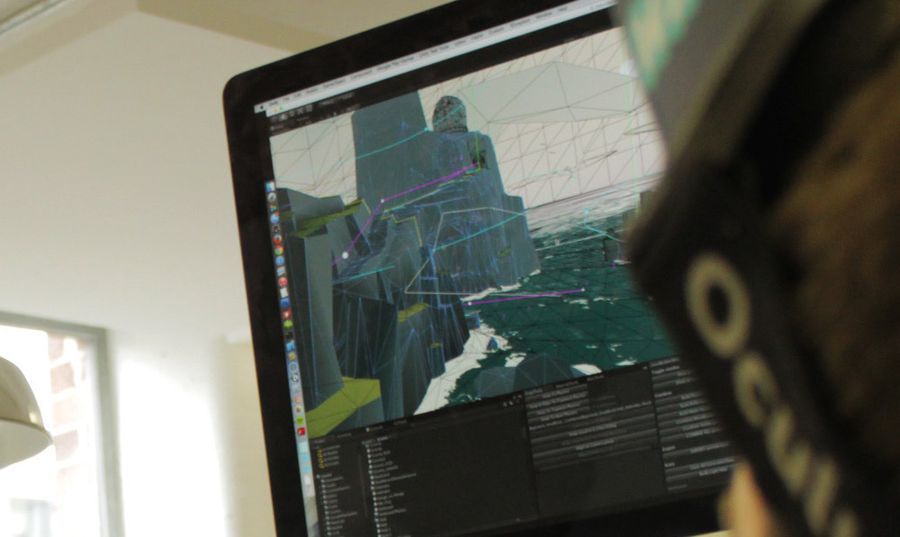 But until designers can affect the player’s inner ear, there will always be a disconnect between what they’re seeing and what their body is telling them when they move through an environment, says Wong.

For the team, with user input "lagging far behind," it’s within a developer’s power to minimize this for VR users. "A lot of the camera movements and controls that video games have built up over the years will make many players want to throw up," says Wong. "We have to be very restrained with how we use and move the camera."

For that reason Land’s End is a hands-free experience. That means that navigation is done simply by looking at little white dots placed strategically through the environment, each representing possible paths or actions a player can undertake.

Here’s how it works:

In a short demo we tried, the player starts off on a beach and is asked to locate an orb with their gaze. Once in view, the orb lights up and the player begins moving towards it. Then the game complicates the process. Land's End throws in diamonds as well, which can be activated to transform the world to reveal further dots hidden in rock formations and sunken ships. Pressing in-game switches makes land bridges appear or towers to sink into the sea’s watery depths, letting you move onward. 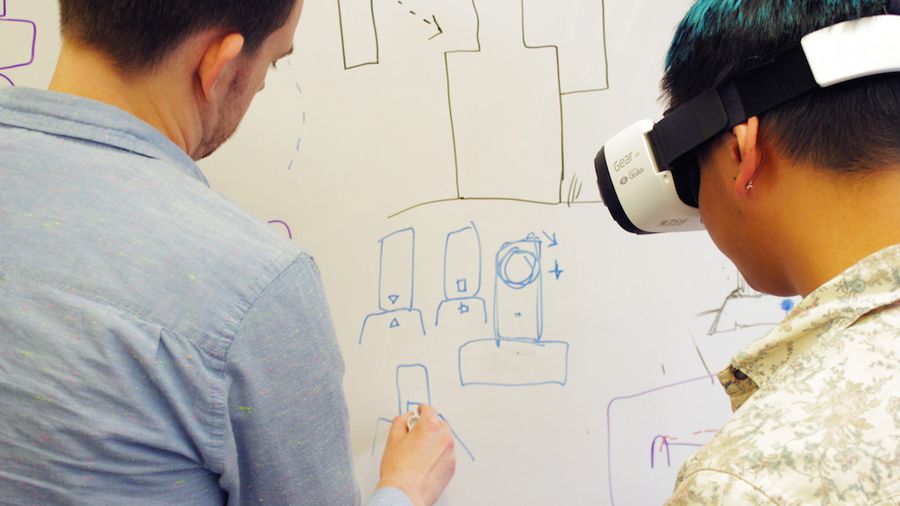 "Land's End is hard to describe, but fundamentally it's about exploring mysterious powers in a beautiful neolithic landscape," Wong says. "It's a bit like Monument Valley, a bit like Myst, and a bit like Proteus. Our aim is to do with VR what Monument Valley did for mobile — create something beautiful and fun based on great user experience design."

For Pashley, the studio wants to "demonstrate it is already possible to have an awesome, immersive and accessible experience in mobile VR."

"Whilst console and PC VR systems will continue to improve and become even more immersive, the tech won't truly succeed until it becomes available to everyone as a cell phone accessory," he says. "This is what Facebook is interested in, and we think the really unknown applications of VR will come in this sphere."

"But we think we've figured it out, and we really like how players can completely lose themselves in the experience because they're not continually reminding themselves of the hardware they're wearing."