Proton Pulse was a Kickstarter success story. Or it should have been, at least.

Raising more than $7,000 from 519 backers in September 2013, Justin Moravetz had a demo and was all set to convert his Oculus Rift VR pet project into a full-fledged game for the headset. However, his day job suddenly turned into an unexpected conflict of interest.

Moravetz worked at Sony's Bend Studio in Oregon, and had developed particle effects, technical animation, and cinematic production for games like Uncharted: Golden Abyss and Syphon Filter: Dark Mirror. Sony was starting to share its Project Morpheus VR headset internally ahead of an eventual public reveal at GDC 2014, which made Proton Pulse — a 3D Breakout-style game with hands-free controls and neon graphics — a game developed for a potential competitor’s device.

But virtual reality was near and dear to Moravetz: a new frontier that honored a long-delayed promise from his youth. "In the early '90s I had this spark," he says. "I saw an article that said, ‘VR is coming.’ It really stuck with me."

He was chasing his dream, but that dream was nearly dashed. 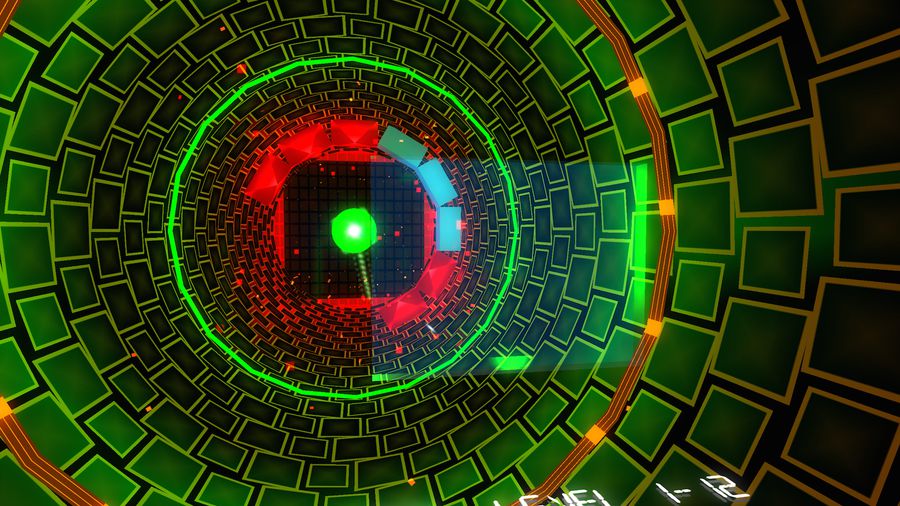 Just days after the crowdfunding campaign closed in September 2013, Moravetz walked into the office of a co-worker and saw Project Morpheus. "There was an instant conflict of interest," he admits, noting his non-compete clause in place as a Sony employee. "I closed the door at that very minute."

He says the director showed interest in bringing the game to Morpheus, but he felt that actually accomplishing that while still an employee was unlikely. Moravetz says Sony had frowned upon employees developing games in their spare time to pitch to the company as indie projects, as it had caused sore feelings in the past.

More pressingly, he says Sony’s legal department was concerned about the connection between the Oculus Rift and the still-early-in-development Morpheus. "Their job is to protect Sony, and they will overreact to make sure things got done nice and clean," says Moravetz. "They wanted to make sure that any potential conflict that would come up would just go away."

The legal team advised him to refund money to Proton Pulse backers, two months after the campaign ended. However, because Sony hadn't yet announced Morpheus, Moravetz had to issue a vague public statement that left more questions than it answered. He thanked backers for their support and issued refunds, but otherwise explained little about why this promising VR project was suddenly cancelled. "I wish deeply that I could give you more than simply returning your money," he wrote.

To both Sony and the outside world, Proton Pulse was dead. But Moravetz quietly kept working on it, completing core development in January 2014. "I continued on my own time, but I couldn't be public about it," he says. "I was requested to stop development, but that was something that was very much against who I was." He adds, "Everything's good now, but it was definitely a scary time."

That situation and his growing interest in VR development helped guide him to his exit from Sony late last spring. "I eventually came around and understood that maybe this is my calling," he says. "And so I stepped away."

What finally swayed him was a GDC 2014 event called Pow Pow Pow, where his collaborators — popular musicians Jake "Virt" Kaufman and Dan "Danimal Cannon" Behrens — performed two Proton Pulse songs for attendees. It was the final push Moravetz needed. "Just to see them performing live and all these people reacting, I'm like, 'No, this is where I belong,’" he says. "It's thanks to those two that I had the courage to step away from my comfortable job and office." 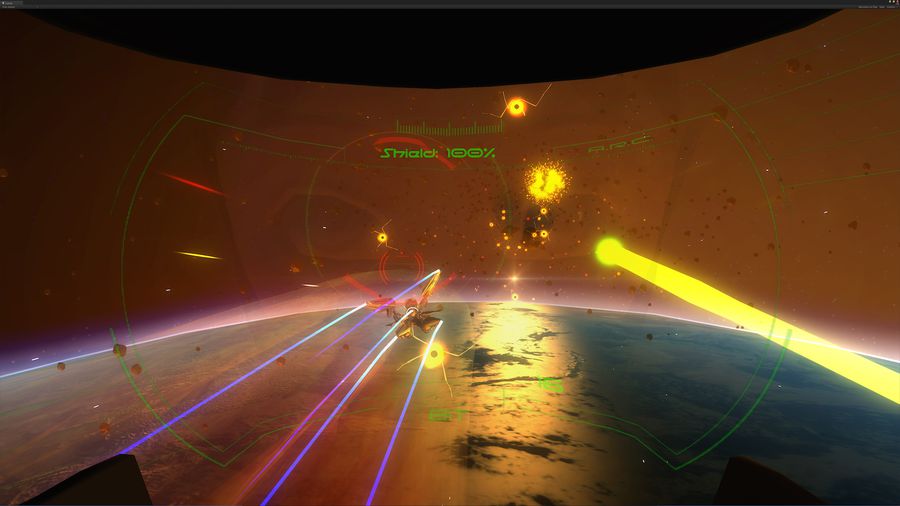 Leaving Sony last May, Moravetz established Zero Transform and quickly dove into a new and much more ambitious project, Vanguard V. If Proton Pulse was an homage to his childhood love of Amiga, he says, Vanguard V represents a VR ode to formative rail shooters like Star Fox, Panzer Dragoon and Rez. And that's paired with a strong sci-fi anime influence, ranging from the chaotic space combat to the rousing theme song, "Turn Around."

By July, he had a flashy, single-level demo finished and ready to launch on Kickstarter. But the campaign, which asked for $198,000 to fund his team's work, fell well short when it closed in August, amassing just 14% of the target amount. A common criticism was that he asked for too much money for an unproven team making a game for a niche platform, but Moravetz says the goal was the amount he would have needed.

"Had anybody done the math, we all could have worked at McDonald's and made more money. It's not like I was going to go out and buy a Tesla," he says. "When I asked for a specific amount, it was the absolute [minimum] that we needed to get the game done. I was adamant about making sure we could deliver on our promise."

But prospective backers weren't convinced. Undeterred, he charted a new course ahead, which continues on today: bootstrapping development on Vanguard V, relying on a mix of donations and contract work to make ends meet. "I have to take donations, and I have to go out and see what I can do to fund this studio," he says of his post-Kickstarter mentality. "I have to make this dream work."

He's pulled in small bits of funding via one-time donations, an ongoing Patreon page and sales of Vanguard V merchandise. And thanks to some kind benefactors, he’s also received multiple Android phones and an Oculus Rift DK2 headset, saving some expenses. Even Sony set him up with PlayStation 4 and Morpheus development kits after he departed. All told, he’s been able to start paying his contributors — which include a couple of coders, a concept artist, voice actors and Kaufman — while still seeking ways to fund full development. 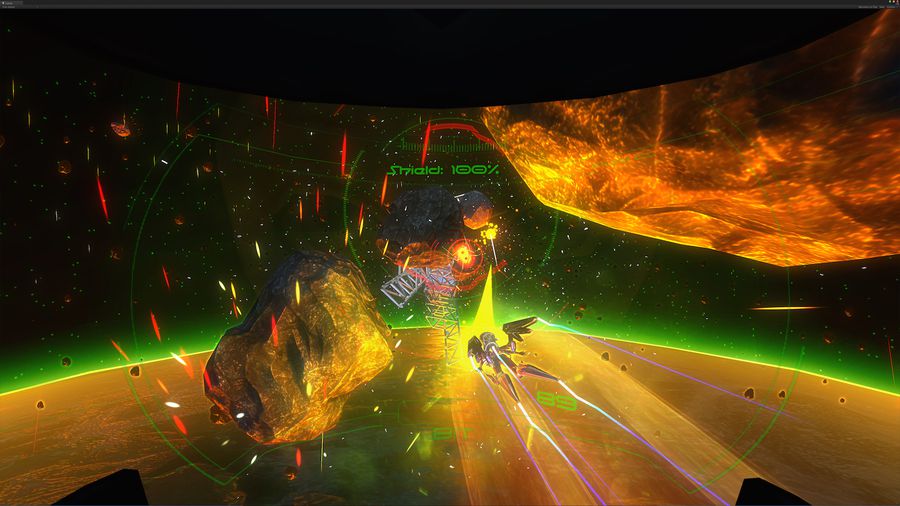 Another source of funding is through sales of the completed Proton Pulse on Android. It's one of the early games available for Google's Cardboard platform, which lets you stick your smartphone into a homemade or cheaply purchased headset shell to experience VR. You can make one with a pizza box, if you so please. Spend two dollars on Proton Pulse, and after Google takes its cut, the remaining buck and change go towards work on Vanguard V.

Perhaps more importantly, Cardboard has provided important visibility for Zero Transform, along with VR on the whole. More than a million people have downloaded Google's Cardboard app to test out makeshift mobile VR, and late last month, Google released a version for iPhone. Even if Proton Pulse sales don't generate a huge amount of money, Moravetz says the games are turning people onto the studio's work and getting them excited for what's ahead.

"Cardboard came first when it came to having a dedicated store," says Moravetz. "It was the first one where I could tell almost anybody to check the games out. Everything I do on this side is to promote my team and [get Vanguard V] out the door. Cardboard being my first platform for that was really just a matter of convenience, as far as availability."

And Google was eager to work with Moravetz; he says the company helped set Zero Transform up with hardware and the software development kit to get the games up and running on Android.

Ultimately, however, Moravetz's goal is to have his games be everywhere. Proton Pulse is also now available for Samsung's Gear VR phone-based headsets, and will come to the consumer Oculus Rift and Project Morpheus units. And Vanguard V will hit every possible platform, he says, and rapidly. "That's something that I'm adamant about doing, is having my stuff there on day one for all the major VR platforms," says Moravetz. "Content is really, really important. It just has to be there." 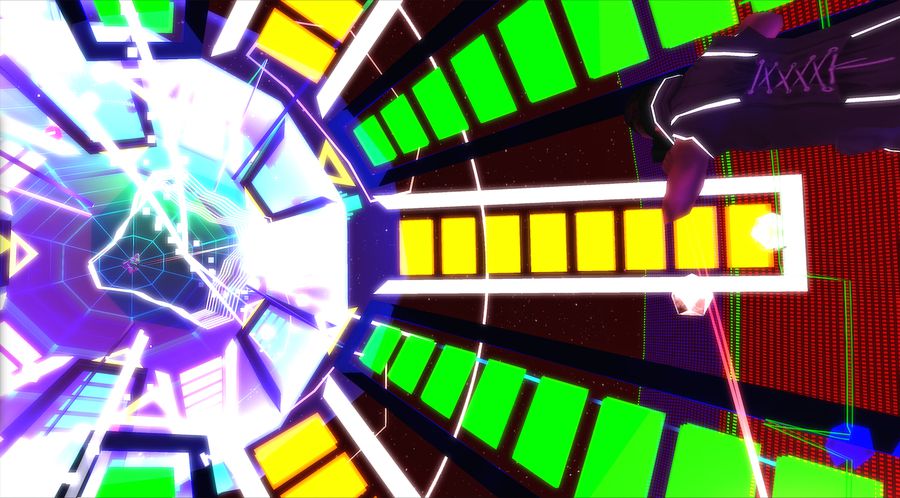 For now, work continues on Vanguard V — albeit slowly due to the various ways that Moravetz has attempted to bring in funds. He initially pursued investment opportunities and was "a signature away from the funding I needed to establish what I have always worked so hard to achieve," he says. However, the deal would have taken away his intellectual property and royalty rights, not to mention a majority share in the company. "The terms were very disrespectful," he adds. "The cost in signing far outweighed the funding promised."

On top of that, the legal and travel fees chasing the investment left him with more than $10,000 in out-of-pocket expenses. Additional investors pursued, but Moravetz was looking for someone to match his passion; instead, he found opportunists seeking to cash in on the coming VR craze. "The message from Silicon Valley investment was clear: they wanted to flip houses," he says.

Contract work has similarly had its ups and downs. He’s worked with a number of hardware and software projects on the VR side, including social platform AltspaceVR and the successful Kickstarter campaign for Kaufman’s [Nuren], dubbed "the world’s first virtual reality rock opera." However, he says his entire team (including Kaufman and others) was also tapped to design a VR presentation for an unnamed company, which gave conflicting direction and ultimately backed out of paying the full fee.

Instead, Zero Transform hopes that making a new game will finally provide the funding needed to bring Vanguard V to life. It’s for the current Oculus Mobile VR Jam 2015, which seeks to fund quality exclusive content for the fledgling Gear VR platform. The top prize for an original game is $200,000, which would cover his planned expenses for Vanguard V. Even a lower amount (there are two $100,000 prizes, and four $50,000 awards) could make a huge impact on the game's future.

Pulsar Arena is the game, and it finds you pushing polygonal blocks at an opponent by looking at him/her — it's hands-free, like Zero Transform's other games. The game is rhythmic at heart, Moravetz explains, with beat-matched gameplay and also color-matching elements: pair up four like-colored blocks and you'll get a power-up to help dominate your foe. Pulsar Arena has the same kind of glowing aesthetic allure as Vanguard V and Proton Pulse, and win or lose, he plans to release the game publicly.

And success remains viable in the Oculus Jam, as Pulsar Arena recently made the finals. [Editor’s Note: Shortly before this article published, the results were announced. Pulsar Arena did not win a prize.] Even so, it's yet another distraction from Zero Transform's main goal of finishing Vanguard V. But much as Moravetz has found it difficult to keep pulling away from Vanguard V, he hasn't taken his eye off the prize.

"It's almost this constant tease, this tantalizing thing — because I have these [Vanguard V] assets here, but I have to set them aside," he concedes. "I really want to work on that, but I need to work on this so I can work on that better. It's always a balance."