After nearly a month of speculation, DC Comics has finally revealed details on their mysterious Rebirth event, which seems to involve — if not a reboot — a significant change for the DC Comics universe.

The closest thing Rebirth has to a theme, according to the company's chief creative officer Geoff Johns, is "legacy." Johns introduced the above video — in which he appears — explaining the event to attendees of the ComicsPRO retailer even in Portland, Oregon this week.

The hard facts of the event are still somewhat slim, but we do know this: All of DC's currently running books will be renumbered at #1 in June, except for the company's two oldest and continuously published series, Action Comics and Detective Comics. They will jump from #52 to #957 and #934 respectively, to once again reflect the full length of their going-on-80 year runs. Starting in June, all of DC's books will be priced at $2.99 (a price drop of $1 for some books), and select "core titles" will move to a twice-monthly schedule. Certain benched or cancelled characters, teams and series will return to publication, including the Birds of Prey, Nightwing and Blue Beetle.

DC Comics teases a 'Rebirth,' to explosion of rumors

May 25th will also see the publication of DC Universe: Rebirth #1, an 80-page one-shot that will lay out the new status quo of the setting and construct the foundation of a story that Johns promises will be continued throughout the DC Universe. For his part, Johns will be stepping away from his run on the Justice League comic to spend more time with other projects — including DC's film projects at Warner Bros. — but he had time to chat with Comic Book Resources about the new direction.

It's not, he insists, about bringing movie or television elements into comics, a frequently voiced fan worry in the era of blockbuster film and television adaptations.

Johns likened the philosophy driving the new direction to Star Wars: The Force Awakens: "It goes back to the classic tropes of Star Wars, but it introduces new characters. New threats." Rebirth, he said, is "building on everything that's been published since Action Comics #1 up thru The New 52."

The video he shared with retailers ended with a group of silhouettes, which includes a woman wearing the uniform of the Green Lantern Corp. (there has never been a female Green Lantern of Earth), two separate characters wearing the Superman symbol (who do not appear to be Superman) and another silhouette that looks an awful lot like Jay Garrick, the Flash of Earth 2. 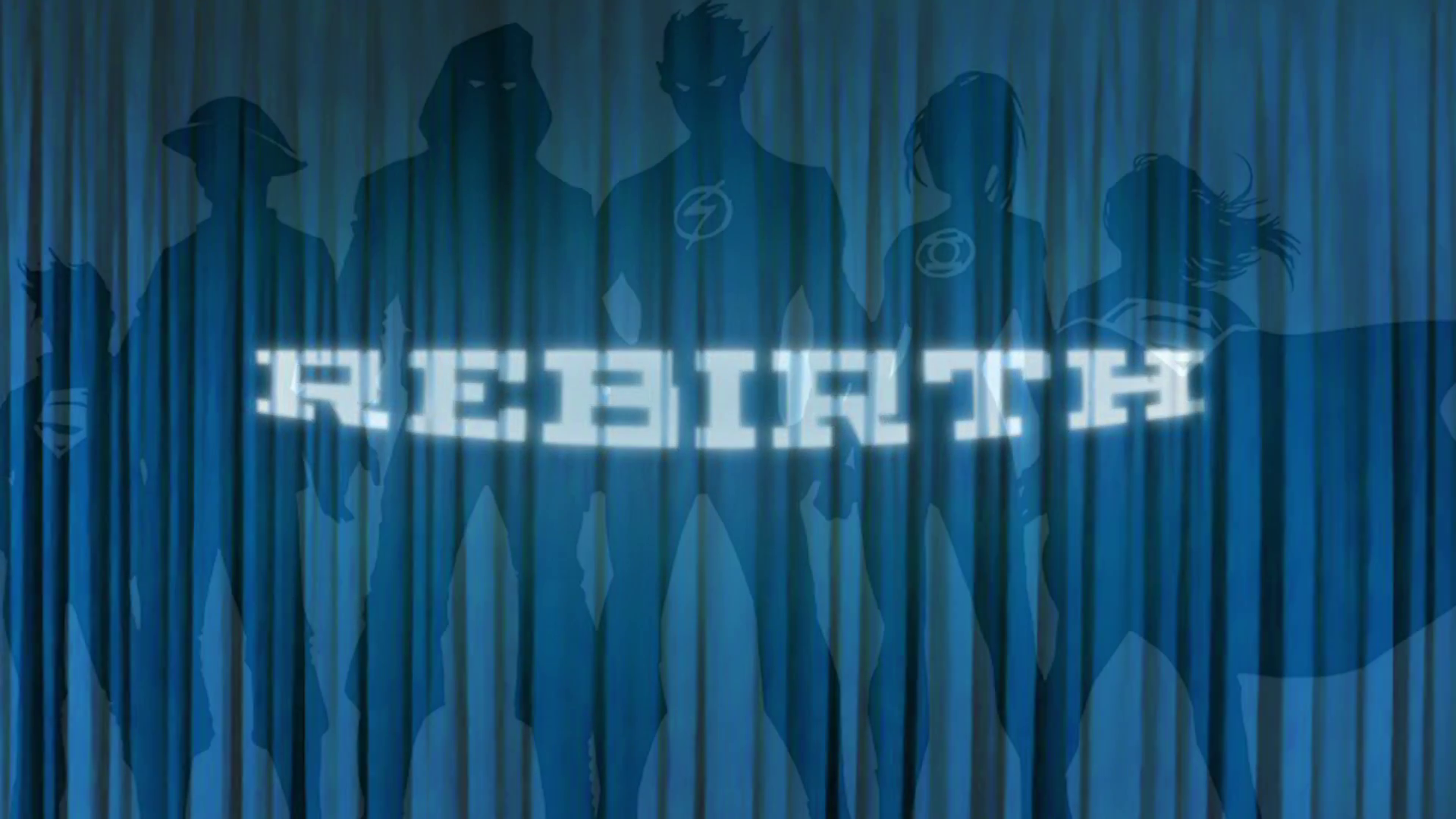 This isn't the first time that the company has promised a new direction since the New 52, nor is it the first time in the last year. DC's Convergence event promised a new focus that — while it introduced a welcome variety of tone, content and character to the company's lineup — touched only a few of its core books. And I can't be the only die-hard fan disheartened by Johns' statement that Rebirth "is definitely for comic book readers more than it is for casual readers ... but that doesn't mean it's exclusive of them."

Casual readers were the demographic that the New 52 was explicitly designed to appeal to. But, as a series of unprecedented reader surveys — run by the respected pollsters of the Nielsen Company — showed, the readers it actually galvanized were predominantly lapsed readers or people who were already avid fans. It should go without saying: in an industry where the best selling title of the year still sells less than 1,000,000 units of its first issue in its first month, new readers are vitally important to the future of comics.

We'll have to wait until the end of May to see what Johns really means about Rebirth's accessibility for readers new and old. For now, here's DC's official, rebirthéd lineup of titles, beginning in June.

You can listen to this story — and many more — in the episode of Polygon's daily news podcast, Minimap, below.