We finally know why C-3PO has a red arm

Share All sharing options for: We finally know why C-3PO has a red arm

It should go without saying, but there are spoilers ahead. We've tried to be discreet about the details, but proceed with caution. 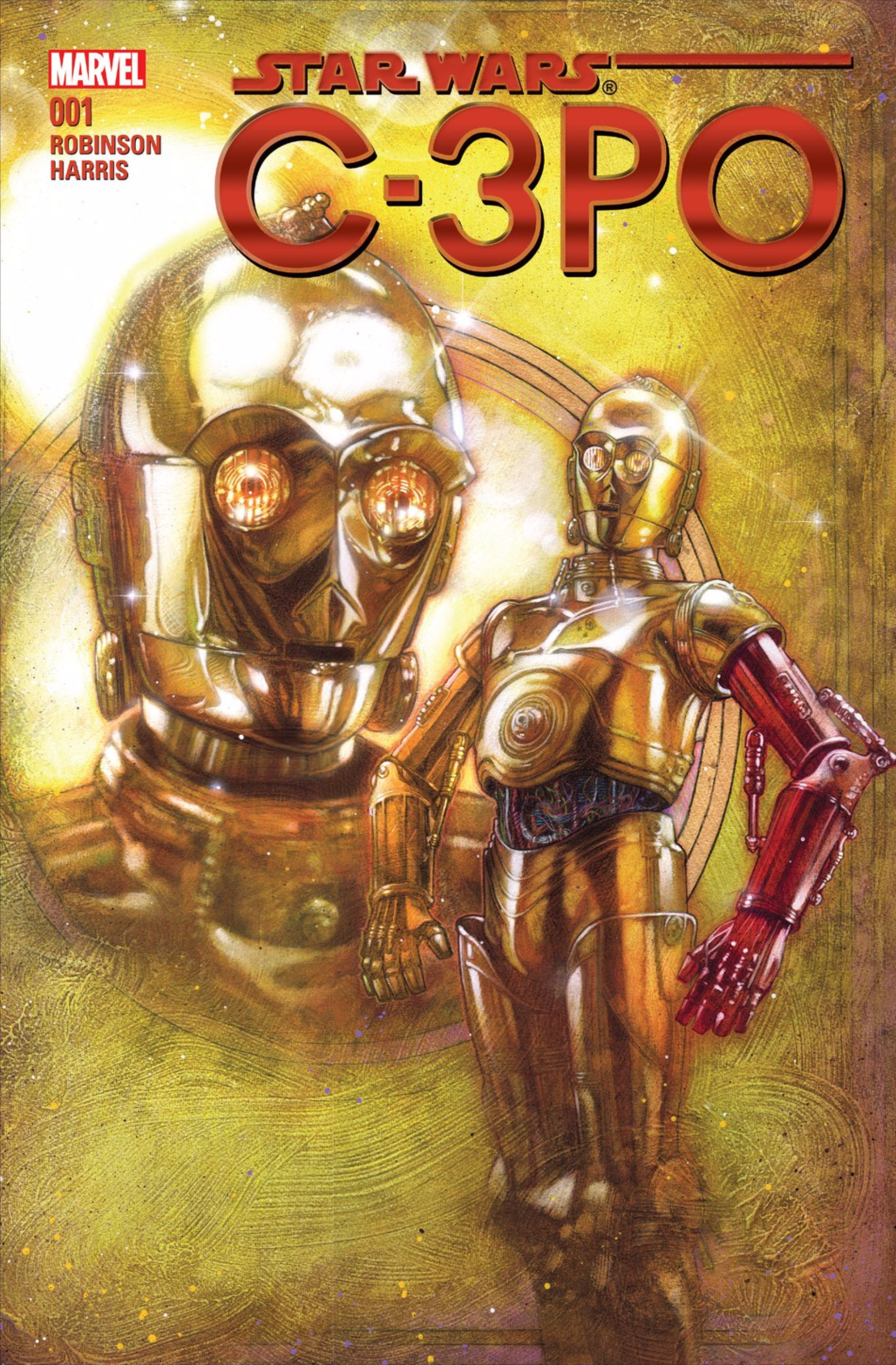 After crash-landing on a distant planet, C-3PO must escort a First Order droid named OMRI back to the Resistance. But disaster piles atop disaster. First the human crew are killed, and then one by one the small team of droids are destroyed as well.

Finally it's down to just C-3PO and OMRI, huddling below a fragile awning in a devastating acid rain storm. That's when OMRI sacrifices himself to save C-3PO.

So that red arm? That red arm is OMRI's, and C-3PO wears it to remember the brave droid who helped him fulfill his mission. 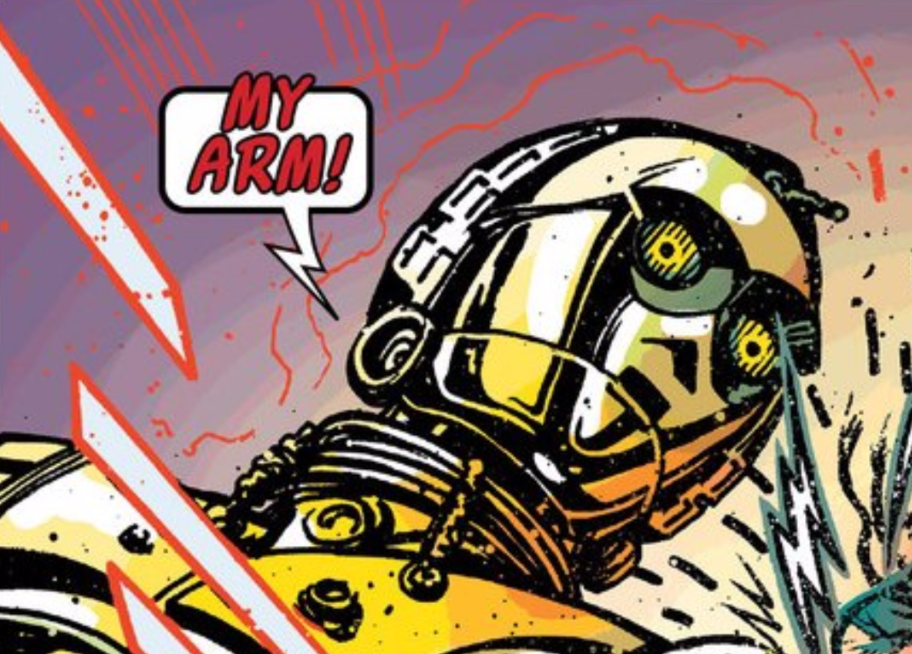 There's something in Harris' art that would be impossible to portray with droids in the Star Wars universe. He brings a softness and an emotion to them in his work, which coupled with the gentle writing of Robinson makes for a pretty great read.

To find out exactly what C-3PO's mission was, and exactly how OMRI and the rest of the droids meet their fate, you'll need to fork over your $4.99.