Suicide Squad to face off against the Justice League next year

In comics, that is

Share All sharing options for: Suicide Squad to face off against the Justice League next year

Thanks to a blockbuster movie adaptation, the Suicide Squad is enjoying a notoriety that, it’s safe to say, they have never, ever had before. So it stands to reason that DC would want to tap into that attention with a major story arc featuring the characters. Here’s how the company’s press release describes the arc:

The day that Amanda Waller has long dreaded has finally come to pass: the Justice League has discovered the existence of Task Force X! America’s paragons of truth and justice won’t take well to a government-sponsored team of black ops super-villains (with bombs implanted in their heads), but before the Justice League can shut down the Suicide Squad, a bigger problem looms: another deadly strike team is lurking in the shadows, one that could expose dark secrets throughout the DC Universe, with ties to the hidden truths of Rebirth. Longtime enemies such as Batman and Deadshot, the Flash and Boomerang, and Wonder Woman and Harley Quinn will have to put aside their differences when an evil threat once thought lost to the DC Universe makes their return. 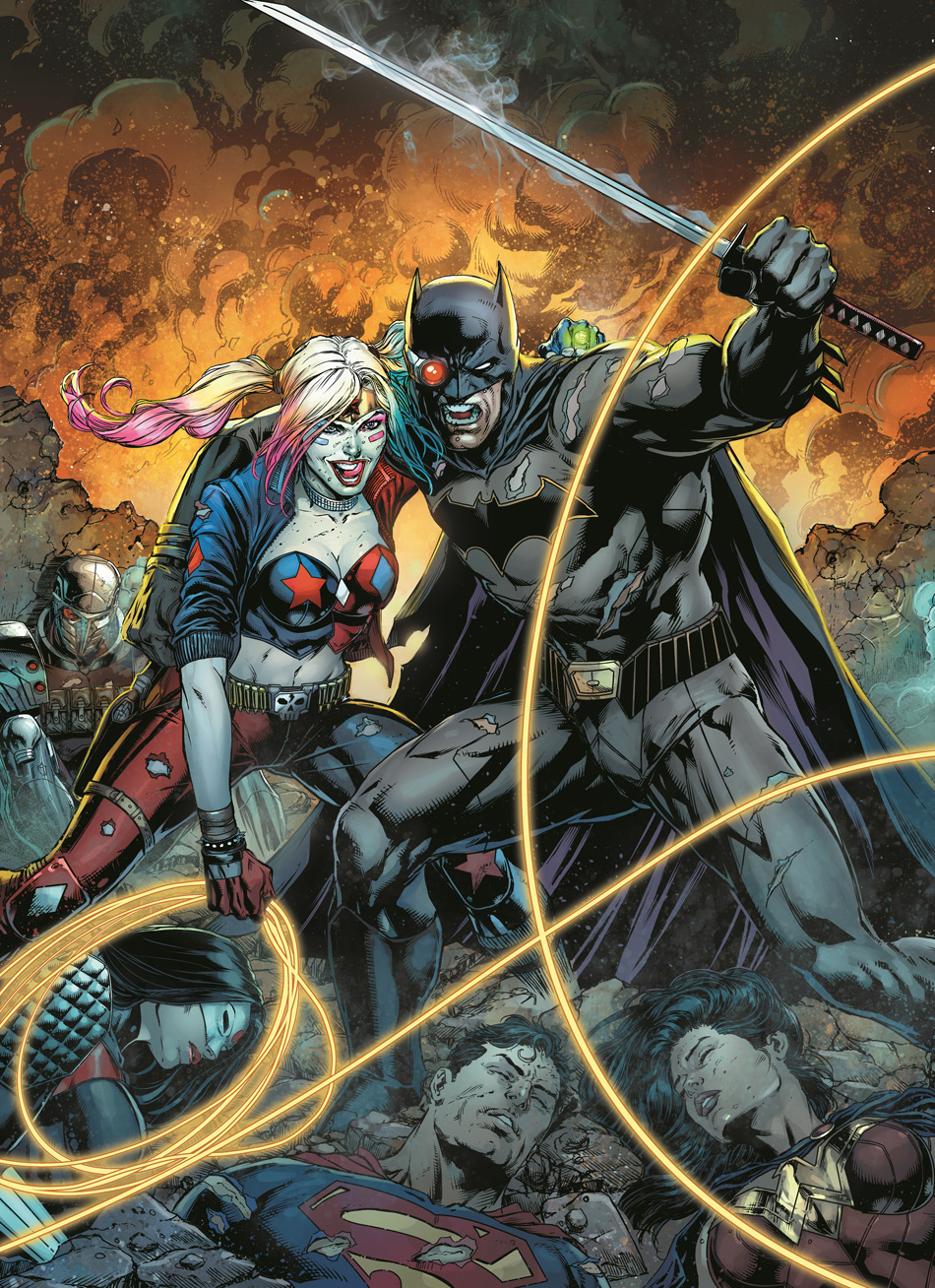 This writer was previously unaware of any particular enmity between Wonder Woman and Harley Quinn, but will admit that the idea of Harley and Batman having to team up in any way to get something done does intrigue her. And with this summer’s particular revelations about the nature of the current DC Universe — namely that a decade of DCU history was ripped from the timeline than none other than Doctor Manhattan of Alan Moore and Dave Gibbons’ Watchmen — it’s anybody’s guess about these "hidden truths about Rebirth" that will reportedly be revealed. Not to mention the nature of this other "deadly strike team."

"This is a great opportunity to remind fans that, outside of Batman, the DC Universe isn’t aware that Task Force X or Amanda Waller even exists," Williamson said in a press release. "To ultimately bring these villains to light for the entire DC Universe to see should make future Suicide Squad stories that much more interesting. And by the end of the story, both teams may discover that they have more in common than they thought, whether they like it or not."