The Teen Titans comics are taking cues from the hit cartoon — but is that good?

Share All sharing options for: The Teen Titans comics are taking cues from the hit cartoon — but is that good? 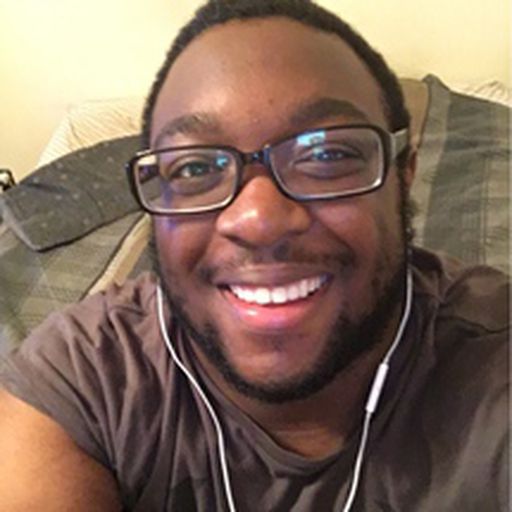 Of all the victims of DC Comics’ New 52 reboot, the Teen Titans were among the hardest hit: The series was largely a continuous disappointment with occasional bursts of decency. Perplexingly, it stuck around, perhaps only to make sure people were aware that Tim Drake hadn’t quietly been killed off. It was the kind of book where nonsense such as Superboy getting a Tron costume and Raven being turned into what’s scientifically known as a "sex chicken" were deemed acceptable. (Yes, both of these happened, and yes, they were as dumb as they sound.) Even when writer Scott Lobdell left the book, the writers, artists, and colorists after him couldn’t entirely undo the damage that he created, and the series never quite fully lived up to its potential.

But Teen Titans is back as one of the new books in the DC Rebirth initiative, and kicked off with a one-shot this week to establish the book’s style, which will be followed by a monthly series arriving in October. The new book — written by Green Arrow scribe Benjamin Percy, drawn by Jonboy Meyers and colored by Jim Charalampidis — sees Damian Wayne (son of Bruce) recruit (read: force) Beast Boy, Raven, Starfire and Kid Flash to help him take down a teenage assassin academy headed up by his grandfather, Ra's al Ghul.

There's pretty much nowhere to go but up for the Titans, and I'm honestly excited to see how things progress with this new arc. I like Percy, I like Meyers’ art, and it’ll be nice to have a good Teen Titans book after half a decade of disappointment. It’s just future stories that worry me. In interviews earlier this month, Percy stated that each arc will have a particular character that'll be the "focusing agent." After Damian's arc wraps, the second will be about the still unannounced sixth member of the group (it’s rumored to be the most recent Aqualad, Jackson Hyde), and the third and fourth arcs will be about Raven and Starfire, respectively. Already, I'm feeling a sense of familiarity with the news, and come solicit time, it's likely that Raven's arc will be about her father Trigon (hell, the preview pretty much says so) and Star's will be about either her time in captivity or the reappearance of her sister Blackfire, who showed up in Red Hood and the Outlaws and suffered critical injuries (it’s assumed she’s healed by now).

It isn’t so much that those are bad ideas for a story, it’s just that it feels like those are the only stories we’ve gotten for these two particular Titans. Part of this is because it’s Rebirth, which is taking out the stuff about the New 52 that people didn’t like and improving upon it so that it’s better. With Starfire in particular, Rebirth — and DC You before it — is doing its damndest to make her into the character from the cartoon that people know and loved, because of how poorly her character was interpreted in the New 52’s Red Hood and the Outlaws title. Making her into her own person is a great idea, I just wish that there were other stories to tell about her when she’s with the Titans.

I understand that the old cartoon series is very much still popular with 90s kids, and animation and comic fans in general, but this does eventually run the risk of the comic book Teen Titans getting stuck in an infinite loop where they never really change and are stuck constantly reestablishing things that, by this point, are more than likely well known. It’s a lot like how pretty much every piece of Batman media has to show the Waynes dying, even though everyone has already seen that and there’s no way to make it different. Thanks to the cartoon, April’s Justice League v. Teen Titans animated film, and Teen Titans Go, one can safely assume that the world knows that Raven is Trigon’s kid. 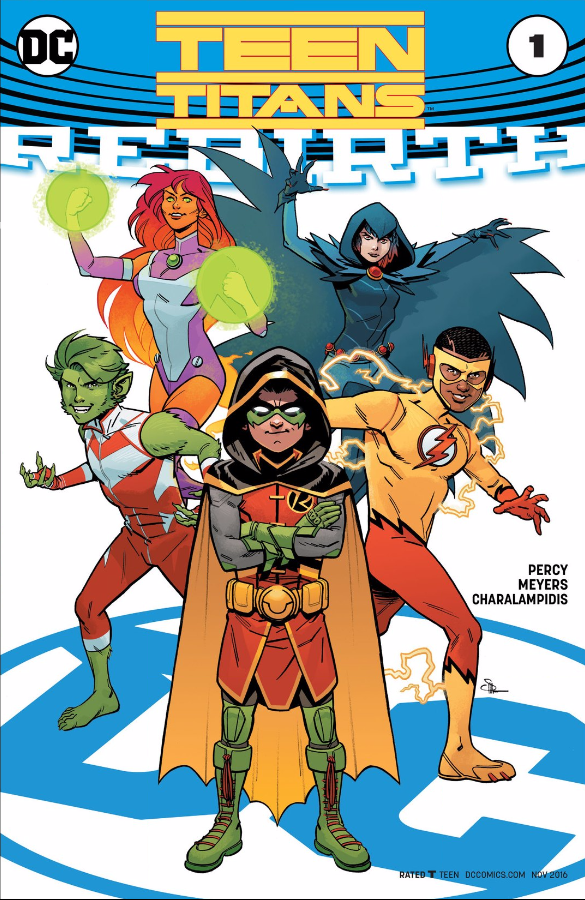 It’s not just plotlines that sound incredibly similar. At first glance, you could understandably think that Rebirth was effectively bringing back the Teen Titans cartoon in comic form. The lineup is the cartoon’s group down to a T (save for swapping Cyborg out for Kid Flash, since the former has boosted to Justice League status). We’re once again at the T-shaped Titans Tower, and that’s more than likely going to be on island in a body of water that’s also in the middle of the city. If you haven’t been reading comics for the past decade or so, you could reasonably think that Percy and crew were just inserting the cartoon Titans into the canon like it was nobody’s business. Granted, part of Rebirth’s mission statement is to celebrate the past and present, and if there’s one thing that can be largely agreed on, it’s that the Titans were at their best in the cartoon.

Part of Percy’s research for the series before he began writing was the short-lived Young Justice cartoon, and here’s hoping that he takes that series’ globalism to heart for future adventures. The show got a lot of things right, and one was that the teenage heroes weren’t restricted to just Mount Justice for their adventures. Whenever they weren’t working together, they were off living their solo lives and had their own crimefighting adventures, only coming together when they were called together for missions. Given how popular the show was, it makes sense to follow suit, along with increasing the Titans’ roster from the core five.

The digital age and rise of social media platforms have made it so that everyone can connect with anyone from all over the world. It’s something that Young Justice and the final season of the original Titans cartoon both played around with, and it’d benefit the Teen Titans book here. It gives the series the ability to move out of the mostly America-focused stories that have dominated it for the last half decade. Having a fresh and rotating cast of teen heroes from around the world — like Bunker (the sole gay member of the New 52 incarnation of the Titans), or Kong Kenan, the New Super-Man who lives in China— offers up character and personality combos as a nice change of pace from the five teens that we’ve largely been used to. Bringing them all together would be incredibly easy, just have one of DC’s many teen heroes be a computer genius who develops an app to "connect" heroes from around the world — hell, this could even be something that Damian "asks" Cyborg to do so he can find heroes worthy of helping him fight his grandfather.

Such a plot device could play into how teens form relationships online, and would give the series room for small scale events like last year’s Robin War, running across the DC titles starring teen heroes like New Super-Man, Detective Comics, Teen Titans, and the upcoming Super Sons. There have already been hints of a continuing story being told across various Rebirth books, but this one wouldn’t have to have the same cosmic scale those books are setting up.

The best Rebirth books have gone with the history of DC books pre-Flashpoint, while also taking them in new and interesting directions. We’ve seen that with Superman, Batman, Green Arrow, Wonder Woman, and the like. If the Teen Titans are going to be among that stable — and given the talent involved, there’s no reason they shouldn’t be — it’s not gonna cut it to just replicate the formula of the old cartoon. The Titans are gonna have to grow up, even if, like with Beast Boy, that’s in small doses.