Compared to Doomsday Clock, DC Comics’ previous continuation of Watchmen, Rorschach has been an understated experience. Tom King and Jorge Fornés have spun the story of one private detective searching for the motive behind a failed attempt to assassinate a presidential candidate. The thing just happens to take place in the year 2020 of the Watchmen setting, in a way that’s easy to forget.

In part, that’s because the creators have so far avoided talking much about masked avengers in order to focus on Watchmen’s version of the American comics industry, which, if you remember your Watchmen facts, is dominated by stories about pirates rather than superheroes.

But in this week’s Rorschach #7, the two have reimagined one of the biggest names in comics’ Modern Age as a pioneer in an all-pirate comic industry rather than an all-superhero one. It’s like looking in a fun house mirror.

[Ed. note: This piece contains spoilers for Rorschach through issue #7.]

Most of Rorschach has been concerned with the fate of Wil Myerson, who first appears in the comic as an elderly man who is killed as he tries to assassinate a presidential candidate by the name of Turley. Also, he’s dressed like Rorschach. Over the course of the series, it’s become abundantly clear that Myerson is a stand in for comics writer and artist Steve Ditko, co-creator of Spider-Man and infamous later-in-life-weirdo. Ditko directly inspired Alan Moore to create Rorschach, as a kind of parody of his later work, bringing the theme full circle.

Myerson was in that arena and trying to kill Turley because after decades of obscurity and personal frustrations, he was contacted by a troubled young girl who was raised by a father obsessed with conspiracy theories about a coming squid invasion. She swept him up in her quest to find the person who she believes is the unaware reincarnation of Rorschach, created by Doctor Manhattan, and save the world from the squids.

In the first issue of Rorschach, our detective lead comes across a recording of a seance attended by a mix of real comics luminaries and stand-ins created by King and Fornés. Otto Binder (Captain Marvel, co-creator of Supergirl), Wil Myerson (fictional stand in for Steve Ditko), Frank Miller, and a journalist friend of Miller’s called Randy. It’s a strange bit of ephemera, and the inclusion of a real and living comics creator makes it stand out, but Rorschach gave the reader nothing in the rest of its story to connect it to. 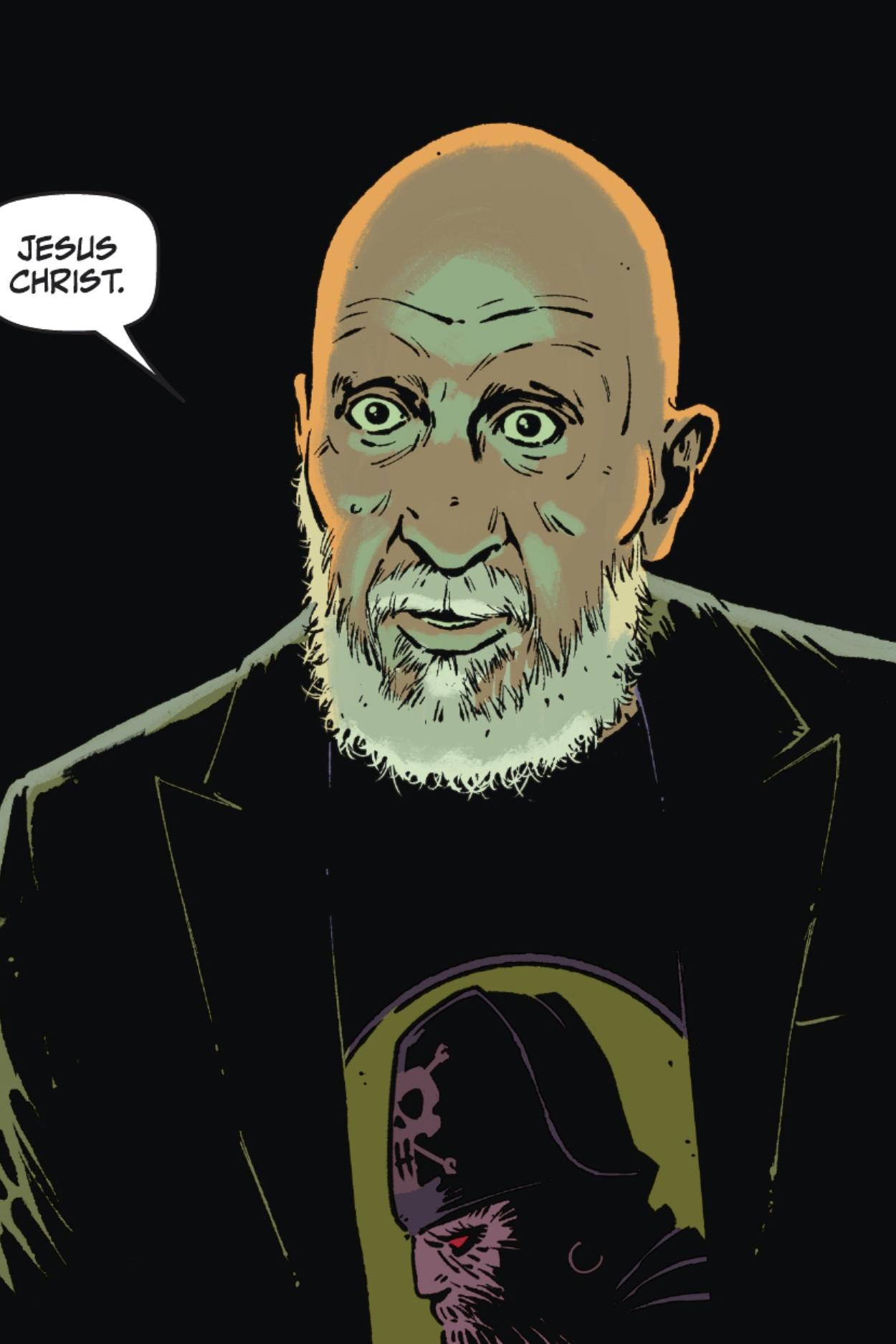 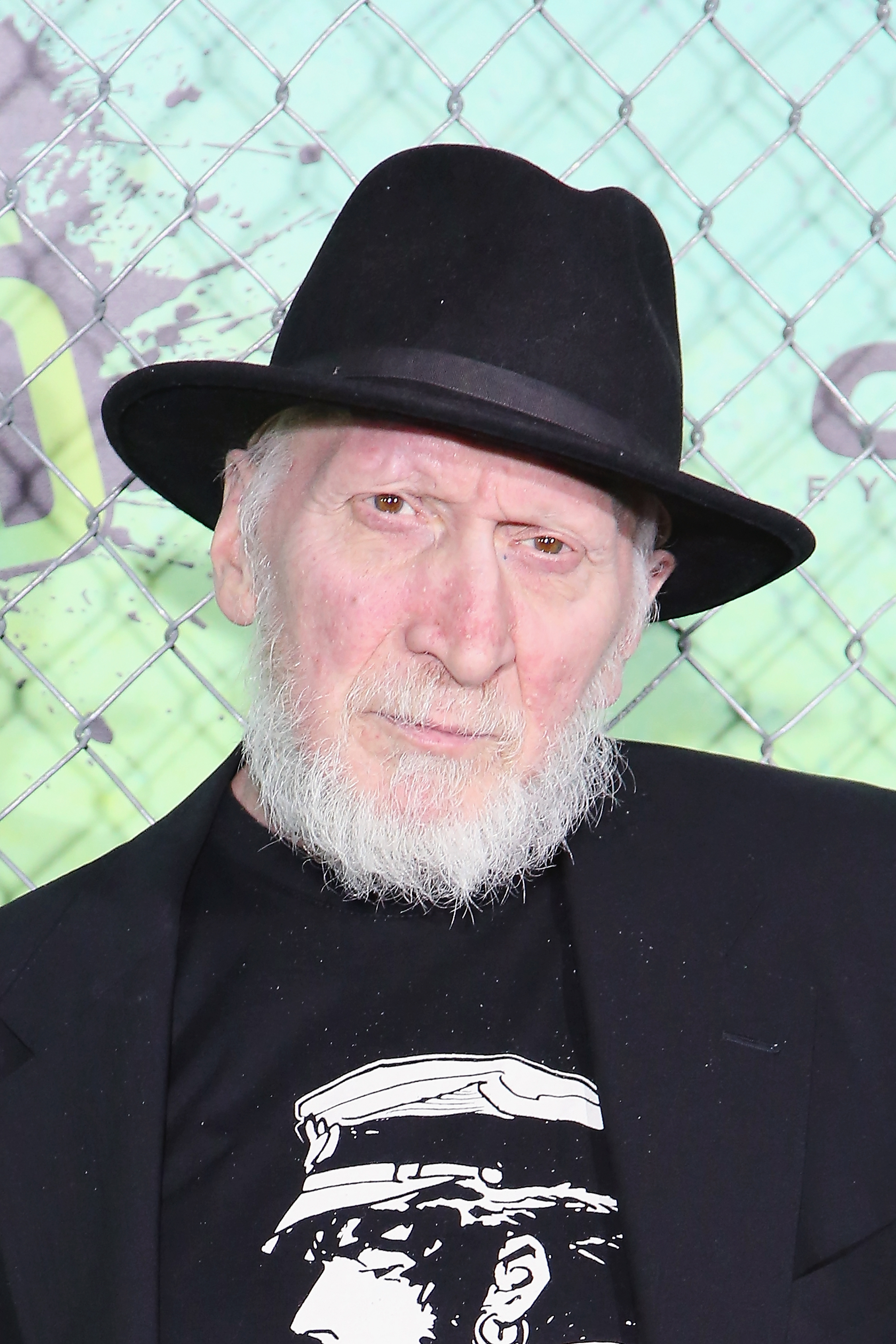 Until Rorschach #7, when things get literally real.

Yep, Frank Miller, of Daredevil, Sin City, Batman: Year One, and most importantly The Dark Knight Returns, exists in the Watchmen setting now. In Rorschach, Miller is famous for writing a comic called The Dark Fife, an attempt to take a popular, cheerful pirate character called Seaman and turn him into a meditation on fear. A few months later, the squid hit Manhattan, and he never wrote another comic again.

But a little bit before their deaths, Wil Myerson and his lady friend showed up on Miller’s doorstep to conduct another seance, and together they convinced themselves that Doctor Manhattan needed them to kill a presidential candidate to save the world from the squids.

Like Mister Miracle, Rorschach is examining a comics creator who never got his due, but Rorschach has a particular focus on comics creators who are considered to have gone off the deep end later in life. Steve Ditko eventually became a recluse in his New York City apartment. Otto Binder believed that humans were descended from alien visitors, writing several books on the subject.

Alan Moore and Dave Gibbons established a warped comics industry in their version of American history, but they didn’t make such direct one-to-one parallels with pirate comics and actual superhero creators. In Watchmen, the squid hits New York on Nov. 2, 1985, and presumably changes American culture forever. With the inclusion of an alternate version of Miller, King and Fornés are drilling into the idea that 1985 was an exceptionally pivotal period in real superhero comics history as well, when Watchmen, The Dark Knight Returns, and Crisis on Infinite Earths all hit stands in a span of a couple years.

In a way, King and Fornés are examining Rorschach from every possible metatextual angle here: The character himself within the fiction of Watchmen, the creator he was intended to parody, the state of superhero comics he was created to contrast with, and, with Miller and The Dark Knight, a glimpse of the deconstructed anti-hero superheroes that followed on the heels of Moore and Miller’s mid-’80’s work, and that still dominate screens today.