Follow the waypoint to meet with Janus. The meeting is secretive, so it's not as easy as just going to a waypoint.

Instead, the waypoint brings you to a door with a broken window next to it. Climb through the window. You'll have to get under a broken elevator. Find a locked door with a low-level hack, hack it, and make your way through the vent that is in the room. This will take you where you need to go and eventually to the meeting point.

After a cutscene with Janus, the meeting becomes compromised. Drones are headed your way. You have to make it out of the current room and across the room into a hole in the floor. To make things difficult, that's where the drones came from. Drones are much smarter than human guards. They'll spot you more quickly, and their vision cone is larger. But you can still outsmart these robots. 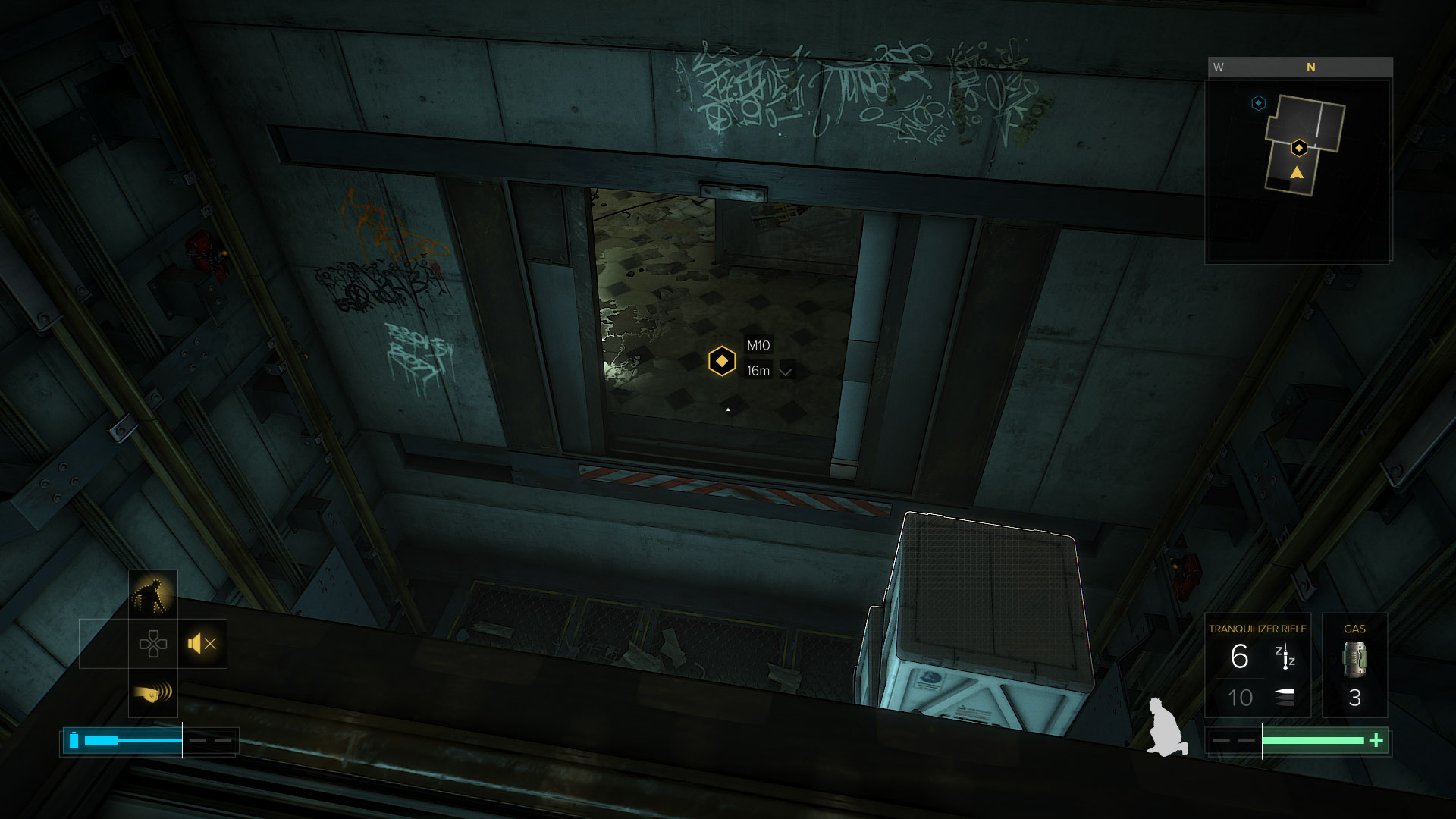 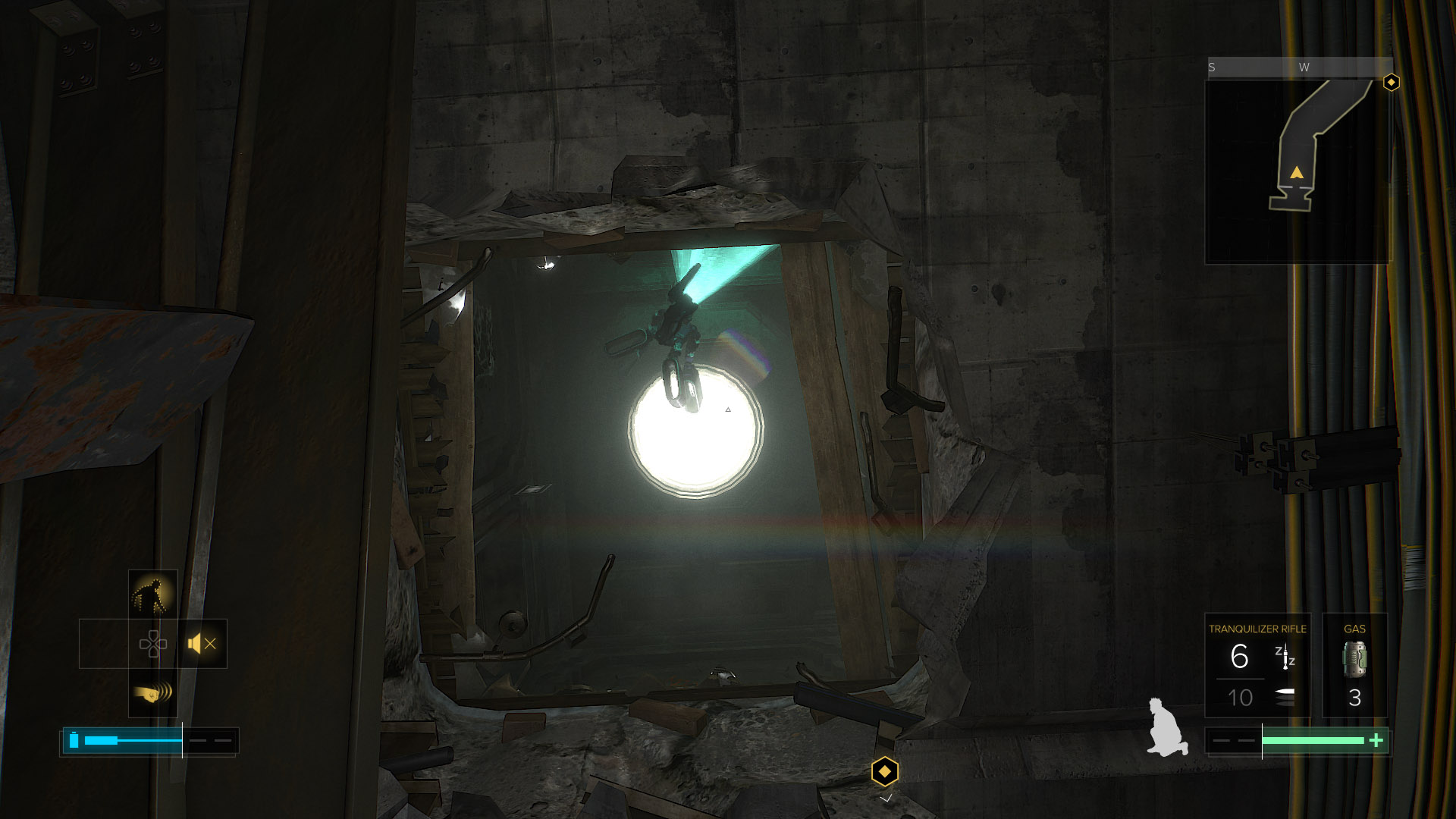 There are a couple ways to go about this. You can use Jensen's Glass-Shield Cloak to sneak by them, but you'll likely run out of juice when you run into the wave of drones in the next area. You can sneak around boxes and cover and get by them the old fashioned way, or you can use an EMP grenade, which is very effective against drones.

Once you safely fall down the hole, continue down the tunnel. Don't walk right into the room where the two drones are patrolling. They will see you for sure. There's a hackable gate to the left. Hack it, and you'll be able to crouch around the perimeter of the main room without the drones seeing you. Crouch walk to the next waypoint. 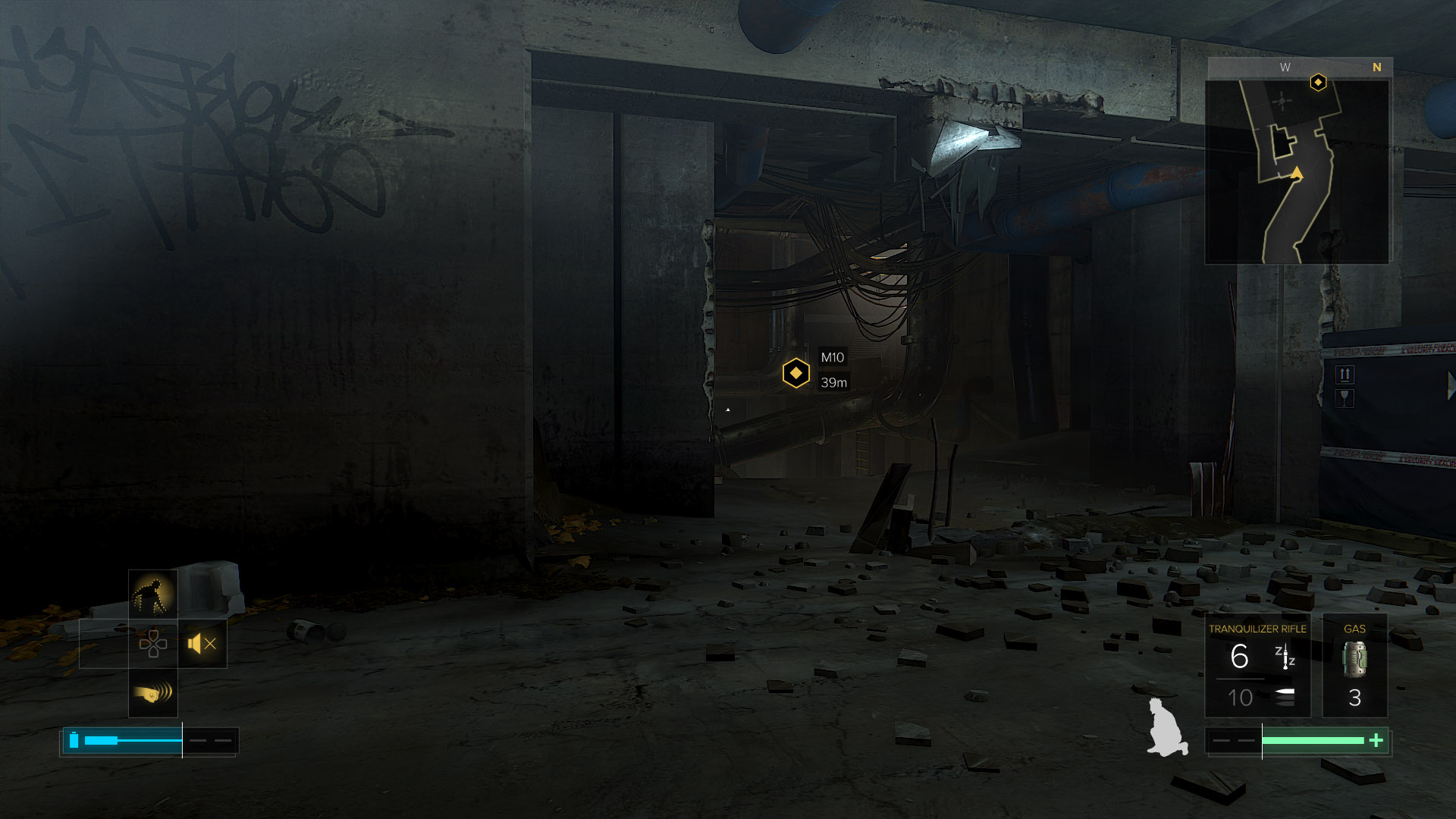 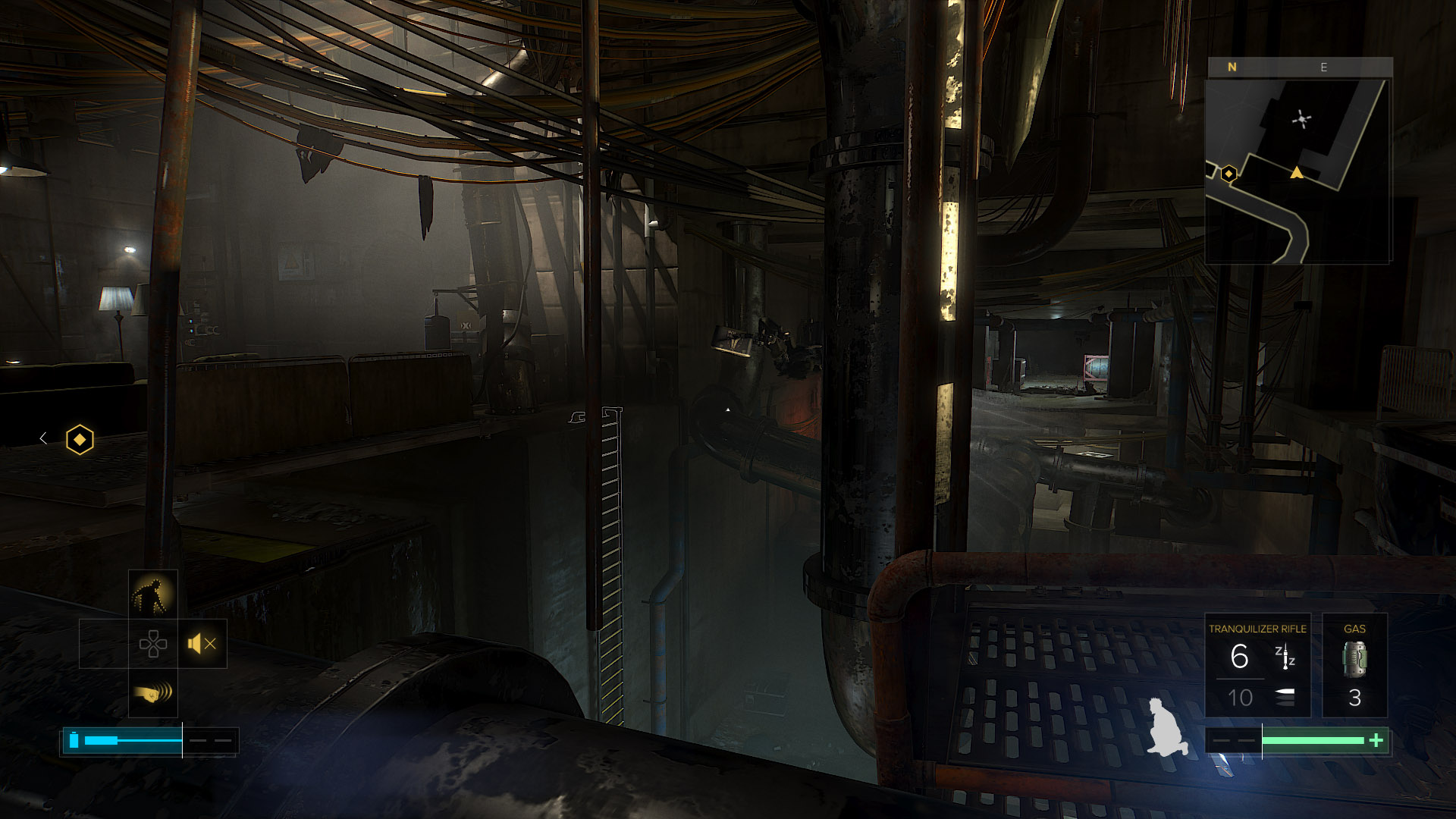 Hop on the first box, so you don't get shocked. Then just go straight ahead to the breaker box and shut off the power. No more electrical field.

Keep making your way down the hallway until you come to a large room with poisonous gas at the bottom of it. This room looks more intimidating than it actually is. Jump down onto the pipe that stretches to the center of the room. Follow it to where it splits and one side goes to the perimeter. Go toward the perimeter.

Jump off the pipe and onto the ledge. Then jump from the ledge to the platform with the ladder. Climb the ladder and get to the next waypoint. 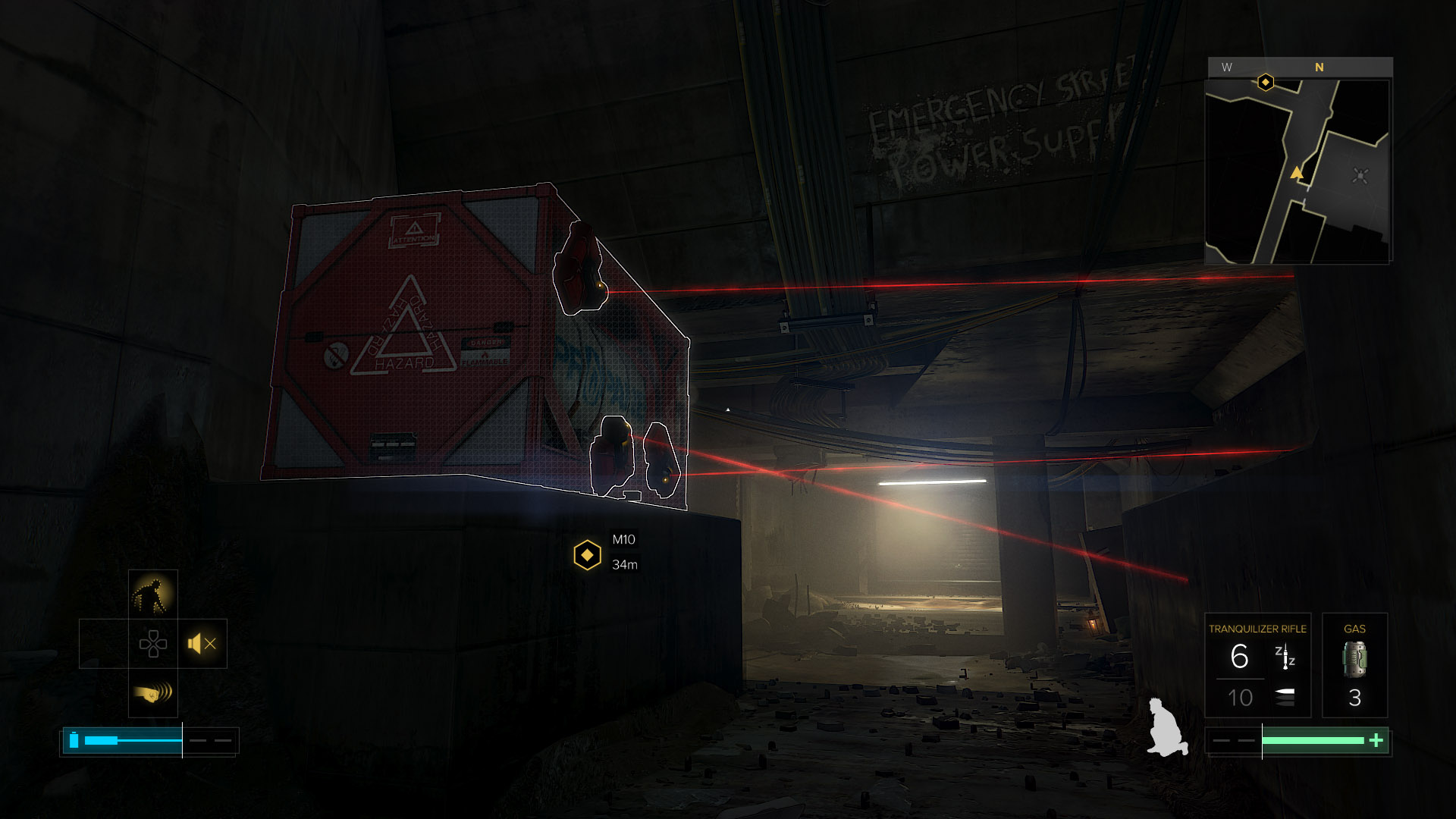 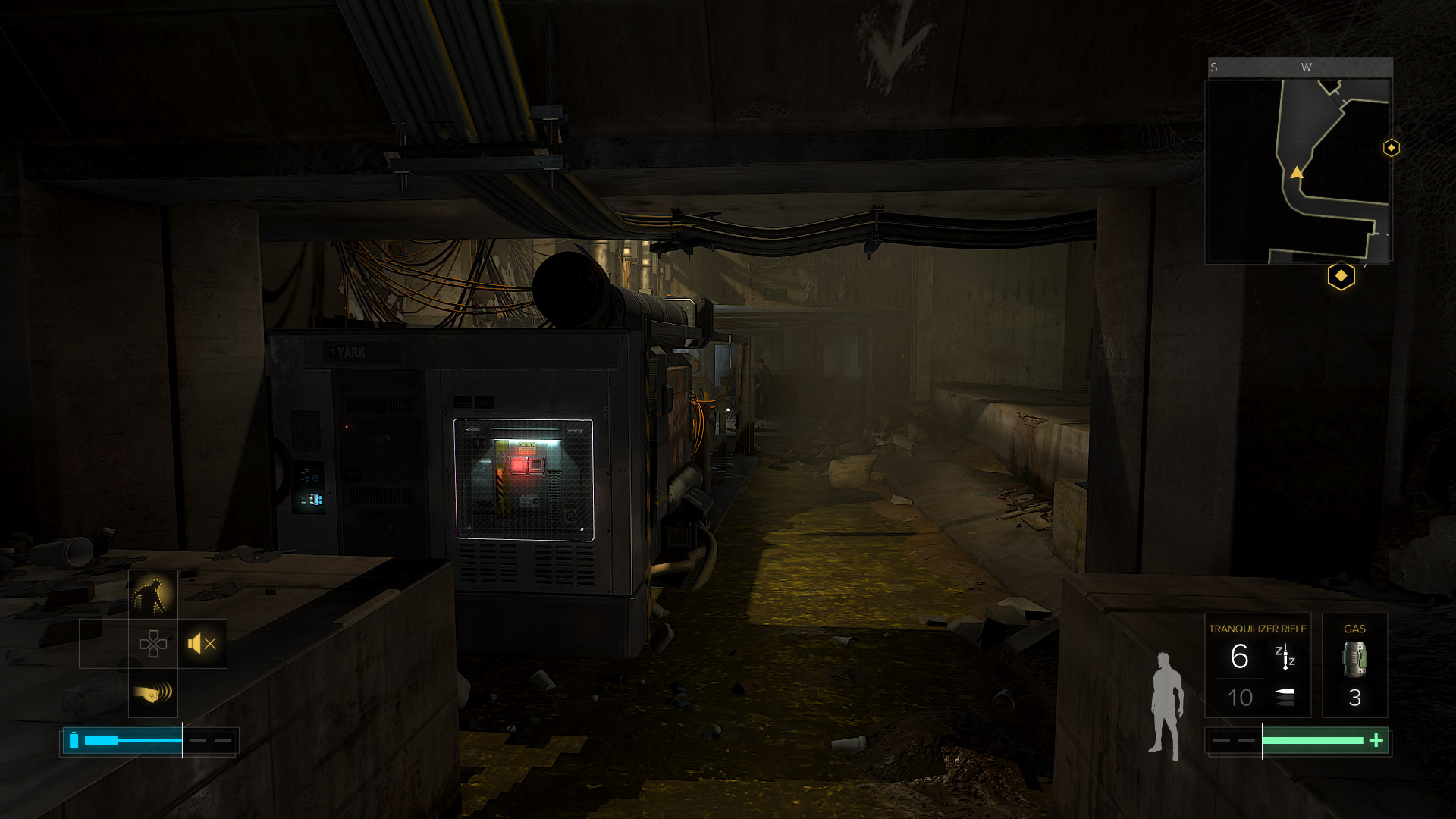 Head to the point of interest. Find a recycling bin just before the metro entrance. There's a pocket secretary hidden under a couple coffee cups. Take it and claim your 350 XP. The pocket secretary gives information on Viktor Marchenko. 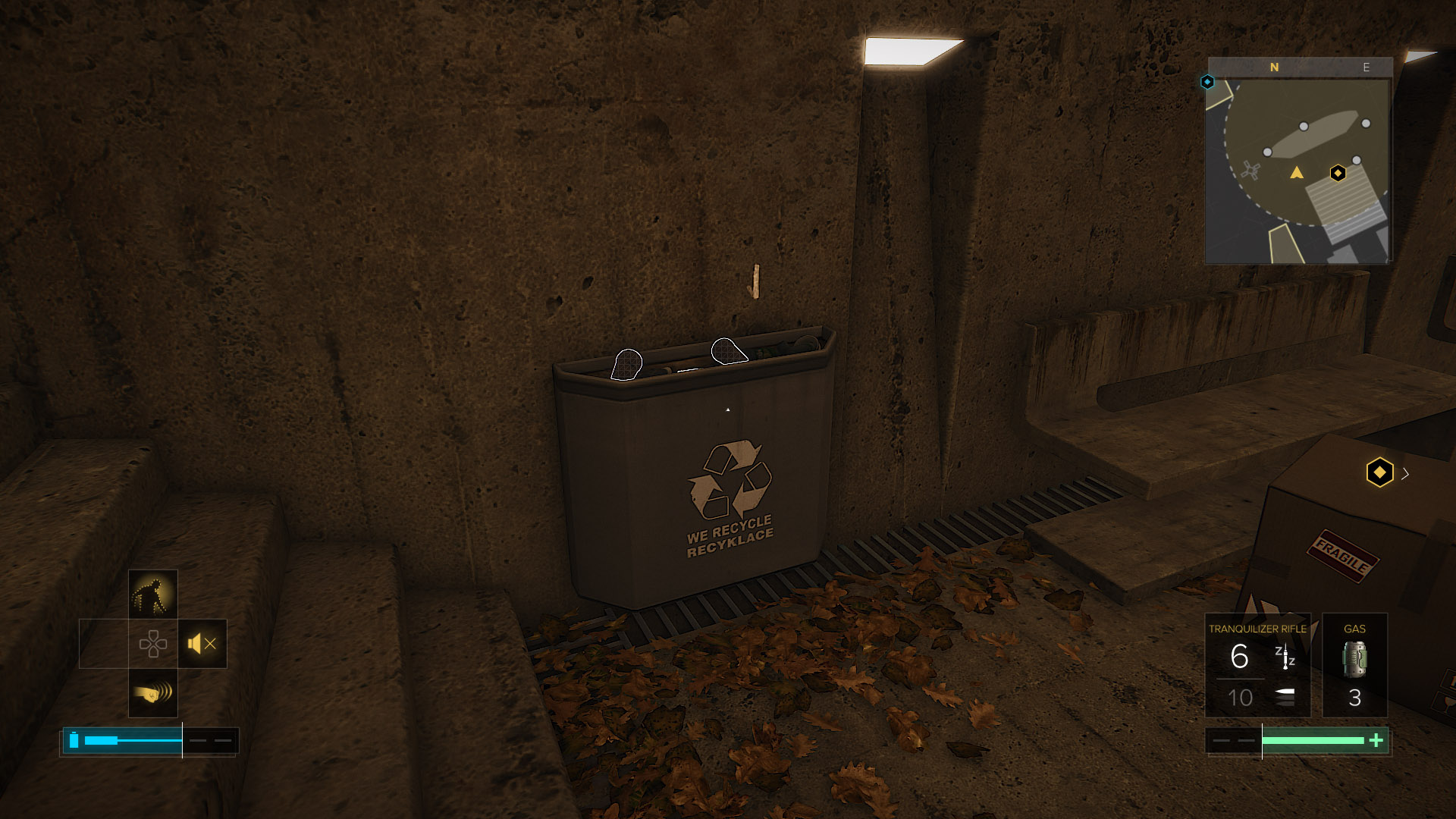 Getting back to the surface triggers a phone call with Stanek about his daughter. She's in danger. Head to Prekazka via the metro to move on.