The first rune is past the wall of light. Inside the building where you talk to Meagan, continue out onto the balcony, then turn around and smash through the planks to get back inside the ground floor.

Most of the remaining collectibles in the Dust District are centered around the two main locations you'll visit — the Crone's Hand bar and the Overseer building. Since you have the choice of which order you visit them, we'll break them out accordingly. The final bonecharm has to be stolen from the black market, so we'll put it last.

When you enter the Dust District, the first rune is in the seized building immediately to the left on the second floor. Continue along to the Crone's Hand.

Starting at the bottom, the blueprints for Secondary Coiling are on a table to the left of the tied-up Overseer. There is a bonecharm on the table behind him. 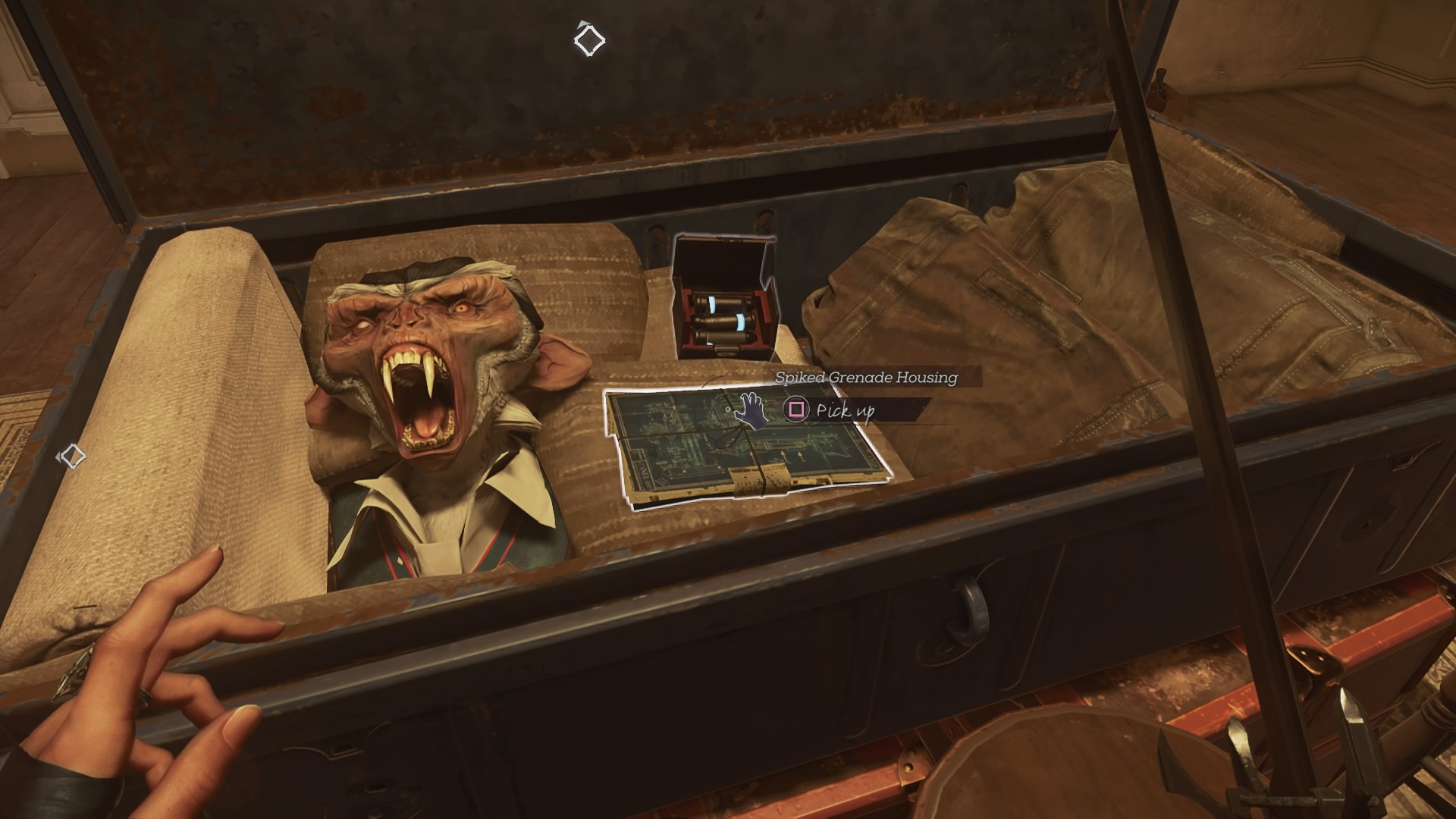 There is a set of blueprints on the second floor below Paolo's office. Look for the room with the Howlers' cots. The blueprints for Spiked Grenade Housing are in the blue crate.

Painting 1: Paolo and the Inaccessible Cardinal, Painting 2: Vera Moray and the Affix of her Skin, Rune 3 and Rune 4

There are two paintings and two runes (on the Outsider Shrine) in Paolo's office. 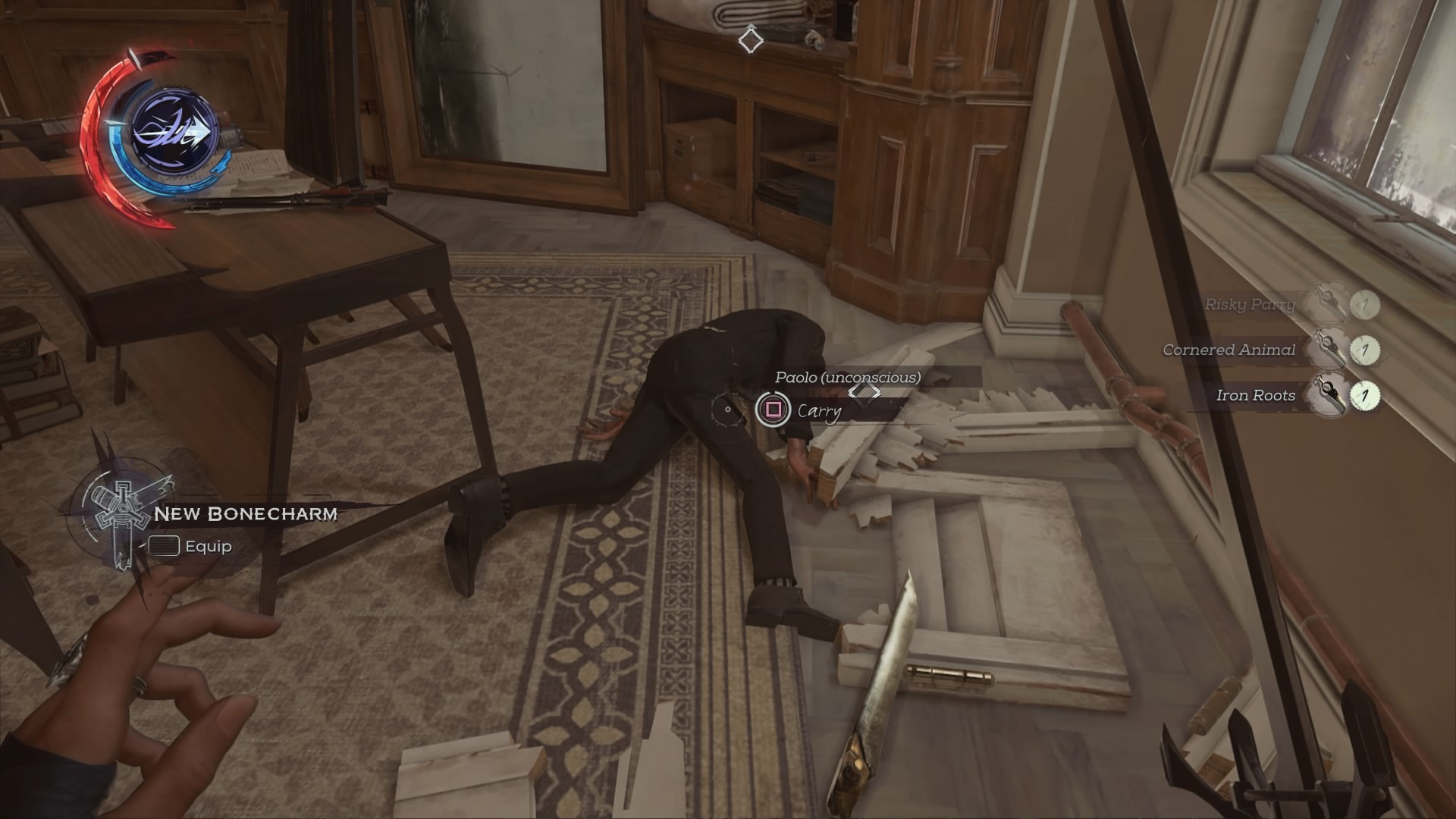 Paolo himself is carrying three bonecharms. These can be tricky to collect if you have the Shadow Kill power — like the ones Ashworth was carrying. Try to get the jump on Paolo and knock him out to loot his belongings — you can kill him after if you'd like.

Just like on the way to the Crone's Hand, as soon as you pass through the door to the next area, there is a bonecharm in a building on the left. Get up to the second floor and into the artist's apartment. The bonecharm is pinned up on some Outsider-inpired artwork.

When you gain access to the second floor of the Overseer building, you'll find a rune behind a locked door in the Confiscation Room. You can pickpocket the key from a sleeping Overseer in the barracks room also located on the second floor. 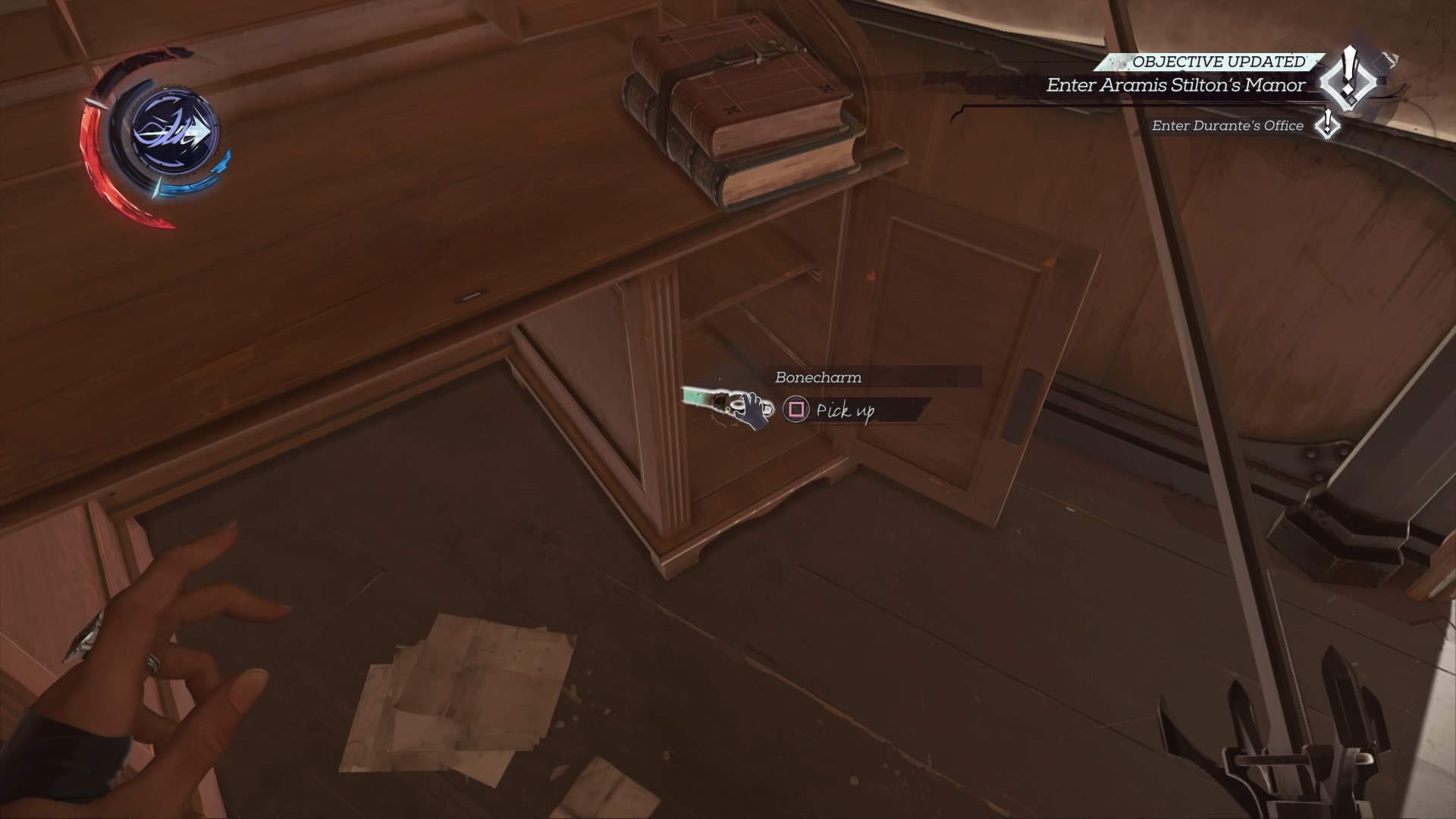 There is another bonecharm in the Vice Overseer's office on the third floor. 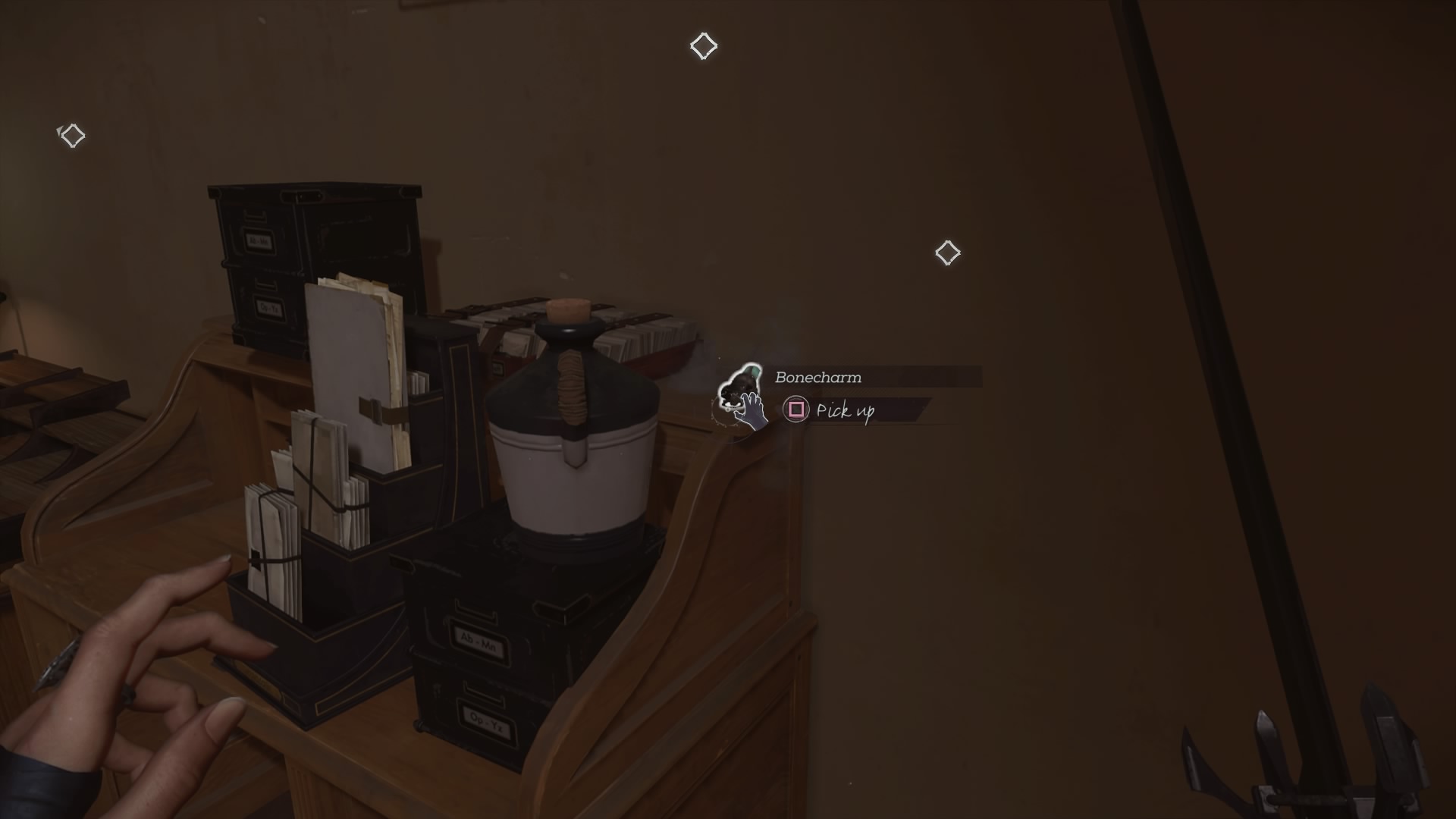 When you return to Durante's room at the Crone's Hand, there is a bonecharm on his desk behind a jar.

The final bonecharm is in the Black Market which is on the right side after entering the Dust District, but you cannot purchase it. This one is a bit of a puzzle. To the right of the Black Market entrance is a hole in a wall that will grant you access to the alley behind the market. On the left, you'll see an open window looking into an apartment that is blocked. Shoot the plank to gain access to the apartment. Head back around to the front and go up the stairs to the left of the market. Behind the desk, find the wedding photo and the month of the wedding. Then go to the calendar in the hallway. The circled date is the rest of the combination for the black market's back door. For example, ours was Rain, so the combination was 4-18. Go downstairs and unlock the back door. The bonecharm is inside the desk on the left side.