As expected, Sony took the opportunity at its E3 press conference to finally reveal the industrial design of the PlayStation 4. Three weeks ago, Sony released a 39-second video, teasing today's unveiling of the box itself.

After the February reveal, Shuhei Yoshida, president of Worldwide Studios at Sony Computer Entertainment, told Polygon, "The console is just a box. The controller was very important to show because it has the share button, but the console is just a console." At the time, when asked if the design would make an appearance at E3, Yoshida replied, "We're still trying to decide that," he said.

Today, Andrew House held the console up — a sleek black box, with a stripe of blue running through its exterior, seemingly smaller than the original PlayStation 3 — and welcomed the product's designer on stage. 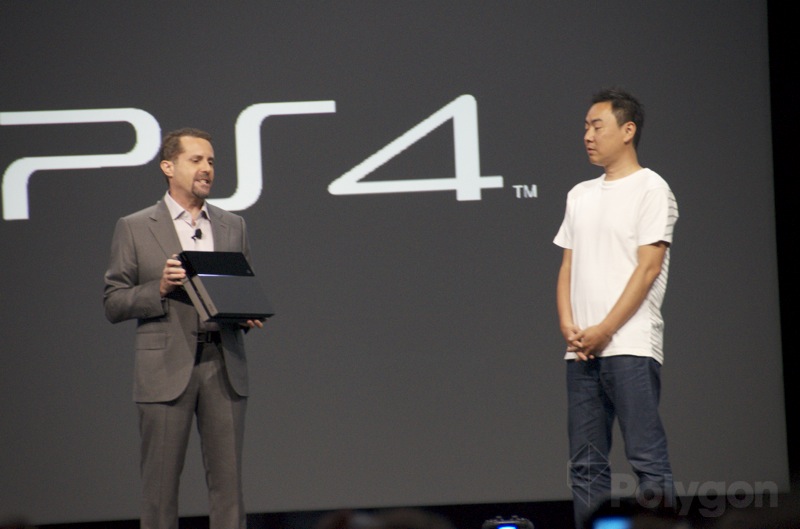