Microsoft and Double Helix explain how Double Helix got the job and how the free to play business model works.

Then came the flood of community questions. Why isn't Rare making it? Why did Microsoft hire a developer with a rocky track record? Why is it free to play? Or is it, really?

A year earlier, this was just an idea in Microsoft Executive Producer Mark Coates' head. "It began as a passion project by a number of members of Microsoft internally," says Microsoft Producer Torrin Rettig.

It was far from the first time anyone had floated the Killer Instinct name since Microsoft acquired the license 11 years ago — Robomodo's Josh Tsui tweeted this week, for instance, that he pitched the idea numerous times. But with a new console around the corner, higher ups decided this was the right time, so the group sent out an RFP — industry talk for "request for proposal" — to a list of development studios to see which were interested.

Patrick Gilmore, studio head at Irvine, CA developer Double Helix got the request and mentioned it to members of his team. "All of a sudden my ears got tingly," says Double Helix Producer Michael Willette, who happens to have a personal Killer Instinct arcade cabinet next to his desk.

About six weeks of prototyping later, Double Helix team members had a demo ready, pitting the original game's main character Jago against himself. It clinched the deal and they got the job.

Now the team has two messaging obstacles to overcome: why Double Helix deserves the job, and why Microsoft is planning to sell the game in a free to play structure. 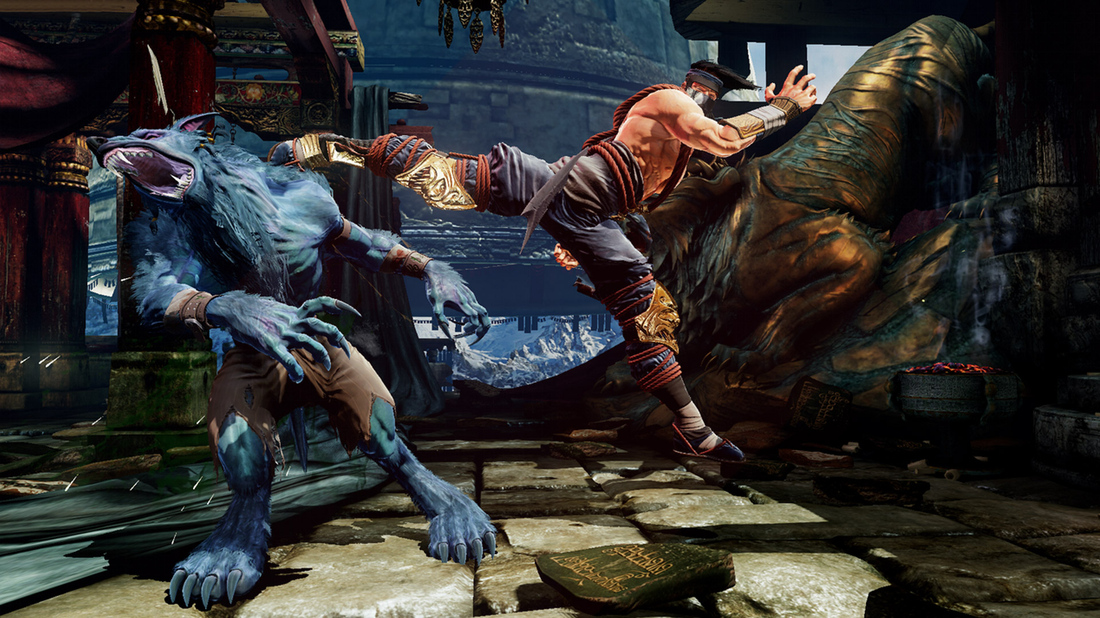 This time last year, Double Helix had just finished developing a first-person shooter based on the film Battleship. According to review aggregate site Metacritic, it averaged a 38/100 on Xbox 360 and a 44/100 on PlayStation 3. When news broke online that Double Helix was taking over Killer Instinct, this track record — combined with the studio never having made a fighting game before — didn't make a positive first impression on many fans.

"Microsoft's decision to let Double Helix develop Killer instinct is [an] absolute slap to the face to Rare," said Russell Loh on Twitter.

Asked about these concerns, Microsoft's Rettig praises Double Helix's passion and knowledge, and also points to a roster of names that are helping develop the game. "This is definitely their first time out," he says. "The good thing is that we have some of the guys that worked on the original Killer Instinct working on the game."

"We want to hear the negative things you have to say ... They don't have to be sugarcoated for us."

Microsoft veteran Ken Lobb, for instance, who helped design the original Killer Instinct arcade game, is watching over the new title. Rettig calls him "the standard bearer for what the game really is" and says he regularly gives notes and guidance to the team at Double Helix.

Additionally, James Goddard and Dave Winstead, who both worked on the Street Fighter series and went on to make games like Weaponlord, found their way back together on the new Killer Instinct. These days Goddard works as a designer at Microsoft and Winstead is a senior character designer at Double Helix. The pair originally helped set up Double Helix's scripting tools used to this day, in fact, when they worked together years ago on games like Buffy the Vampire Slayer. 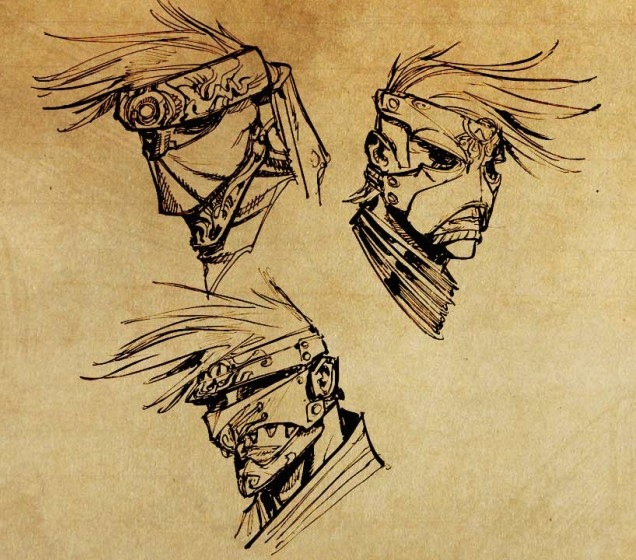 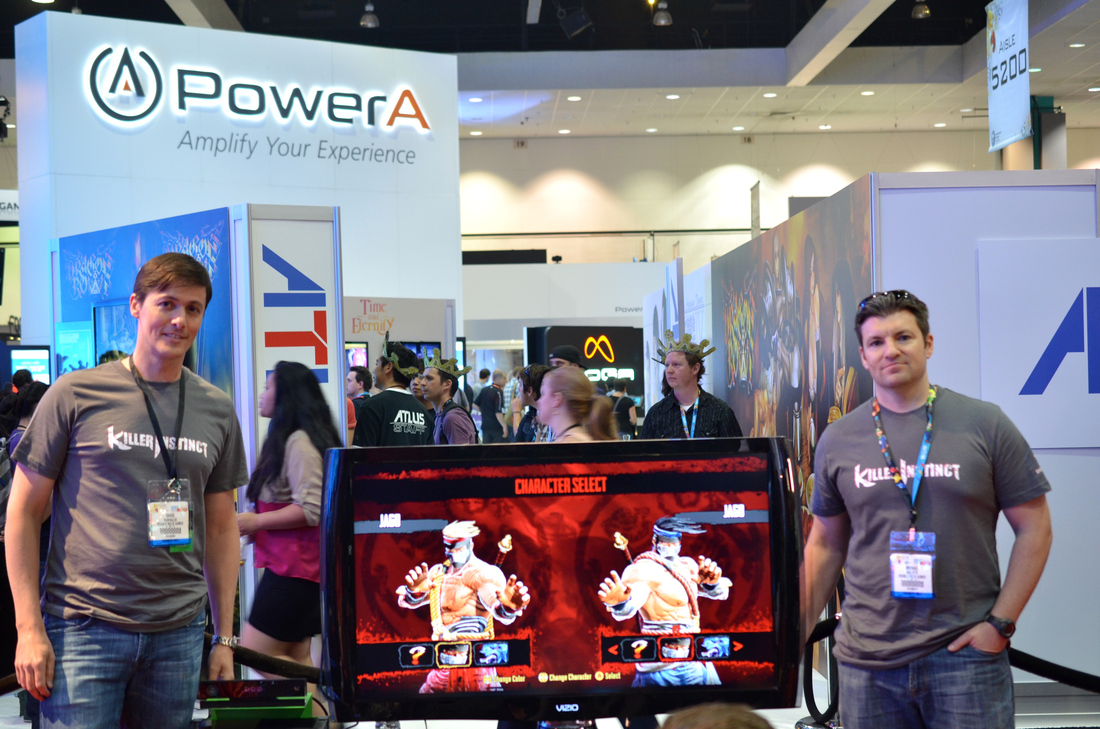 On top of those, Microsoft and Double Helix have competitive fighting game players on staff, such as former Street Fighter tournament player Campbell Tran at Microsoft, and Willette says Double Helix has hired a lot of "new blood" in recent years. The developers also regularly send builds to original developer Rare for feedback, though most of the original Killer Instinct team members have since left the company.

Willette tackles the track record issue more directly. Asked if he's proud of everything Double Helix has made, he says, "[I am] in the sense that I don't want my family to starve. I don't want to starve. I mean, we're all people, right? And we're all put in different kinds of situations." He says that at the moment the studio is trying to look forward rather than focusing on the past.

He also suggests that anyone worried about the game should try it. In the months leading up to the game's release, the team will have it on display at public events such as the EVO tournament in Las Vegas in July. "I want people to understand that we're about the feedback with the community, and we want to hear all the negative things you have to say," he says. "We also want to hear the positive things. ... They don't have to be sugarcoated for us."

Free to play, if you prefer

For players who won't be able to travel and still want to sample the game before buying, Microsoft and Double Helix have another option in mind — one that has also proved controversial over the past few days.

When Killer Instinct releases later this year, it will flirt with the "free to play" business model that's been popular with social games, where players get the base game for free and pay for additional features.

"Wait, Killer Instinct is free to play and only comes with one character at the start? Hahaha nope not playing that," said Wallid Kanaan on Twitter in reaction to the news.

"I would say 'games as a service' is almost appropriate. We want to be the Killer Instinct platform."

Mixed reports have appeared online explaining how it will work, however, perhaps in part because — in a rare instance of a company going out of its way to avoid a favorable phrase — Microsoft isn't using the phrase "free to play," despite it being an accurate description of how one form of paying for the game works. 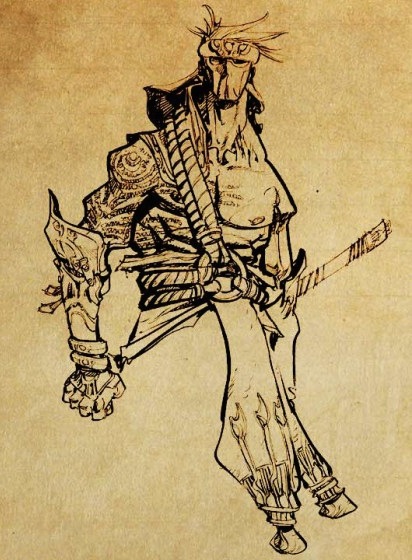 Willette says players will be able to purchase and download the game in three ways. First, they can download the base — which includes Jago, online play, a training mode and the basics — for free, then choose to purchase other characters and features piecemeal. Second, they can purchase the equivalent of a season pass and pay up-front to get all the characters and content for the game as they are released. Or third, they can pay for a special edition of the season pass that also includes bonus content.

"We haven't announced [what's in the special edition] yet, but I think hopefully most people can put two and two together," says Willette. Asked if it might be a port of the original Killer Instinct, Double Helix Design Director David Verfaillie just smiles.

The grand idea, Willette says, is to set the game up so it can evolve over time based on player feedback and data. "I would say 'games as a service' is almost appropriate," he says. "We want to be the Killer Instinct platform."

If the game is successful, Willette says, he can envision a scenario where Double Helix continues to work on the game for years post-release. Asked if he could see it lasting four years, he says, "Oh that would be the dream, yeah," noting that the team has plenty of ideas for new and returning characters.

"We think it's more nickel and dime-ing to release a game and then, less than a year later, release the exact same game with one new feature," he says, though he can't reveal how much each of the ways to pay for the game will cost yet. 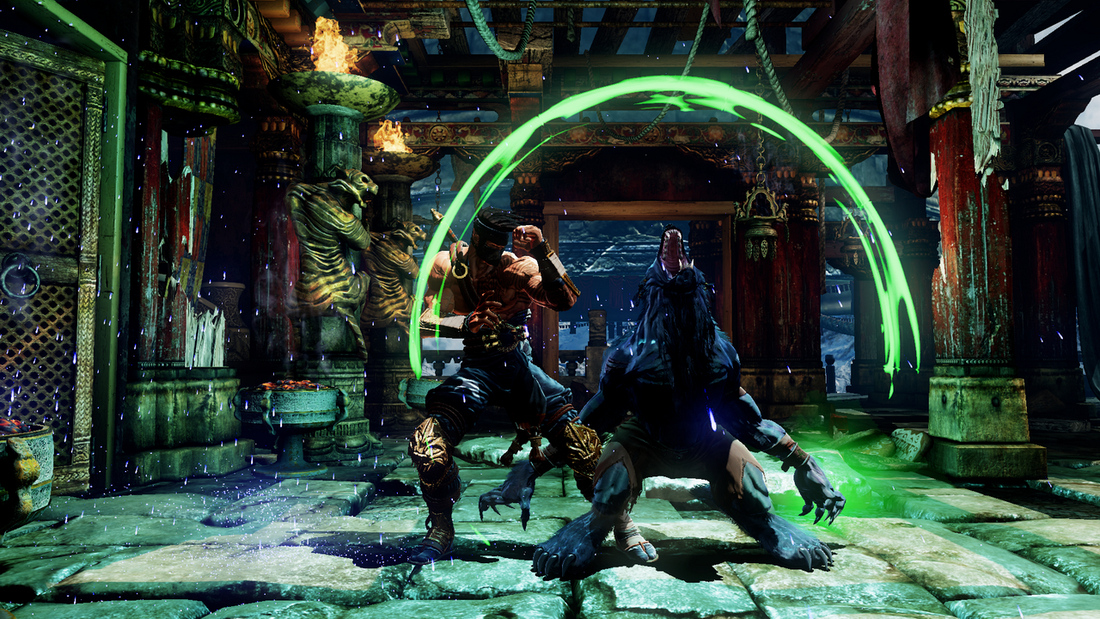 In many ways, the attention on Killer Instinct this week is a form of flattery. When competitors Dead or Alive 5 Ultimate and Tekken Revolution recently announced free to play models, fans didn't revolt with the same ferocity. And that might be because those were ports of pre-existing, traditionally-sold titles, but in the long run the business models look similar across all three.

For Double Helix, all the team members can do is explain how things came about and try to make a game that will convince players it's worth checking out. And they have a series of rules to get there — the game has to run at 60 frames per second, they have to listen to community and playtest feedback and they have to not veer too far from what made the game memorable in the first place (with elaborate combos and crazy special effects).

In our hands-on time with the game this week, the controls brought back tons of old memories, with the same pacing and animation style from the '90s, but now brought up to date visually. If all goes well for Microsoft and Double Helix, soon more people will get their hands on the game and feel the same way.

Killer Instinct is scheduled to release as an Xbox One launch game in November.