How Massive Entertainment is proving itself with a hugely ambitious next-gen project.

After a slew of trailers depicting previously announced games — most based on existing properties — The Division, an open world online role-playing game based in a ravaged post-pandemic New York City, finally made its debut. The teaser was dark, heavy on exposition and revealed to be a brand new Tom Clancy property.

The moment was an incredible emotional release for the team at Massive Entertainment — based in Malmo, Sweden — which has been working on the game in secrecy for more than a year and a half.

"They actually stayed up in Sweden, and had a party at 1 a.m. [Malmo time] for the Ubisoft conference," Game Director Ryan Barnard told Polygon following the announcement. "They had drinks and food and we got to see pictures of that and they were going crazy.

"For a lot of people [on the team] this is their first big game. You never really get to re-experience the first time that the public sees what you are working on and we couldn't be more proud of them and what we accomplished."

The Division is a new, "next-gen" twist on open-world RPGs, with online cooperative multiplayer at the core of the experience.

In practice, the gameplay resembles something like Mass Effect on steroids — only your party consists of other human players, rather than AI characters. And you're exploring, shooting and role-playing your way through an almost-ruined New York City, not a Star Wars-inspired planetoid.

"The open world is the actual city itself," said Barnard."It is persistent for you. The choices I make in the game — as I progress through the story of the game — that persistence is for me. So if you and I group up [and] you join my group, you will join my universe, my persistence, and inherit that."

In short, it's an incredibly ambitious project. 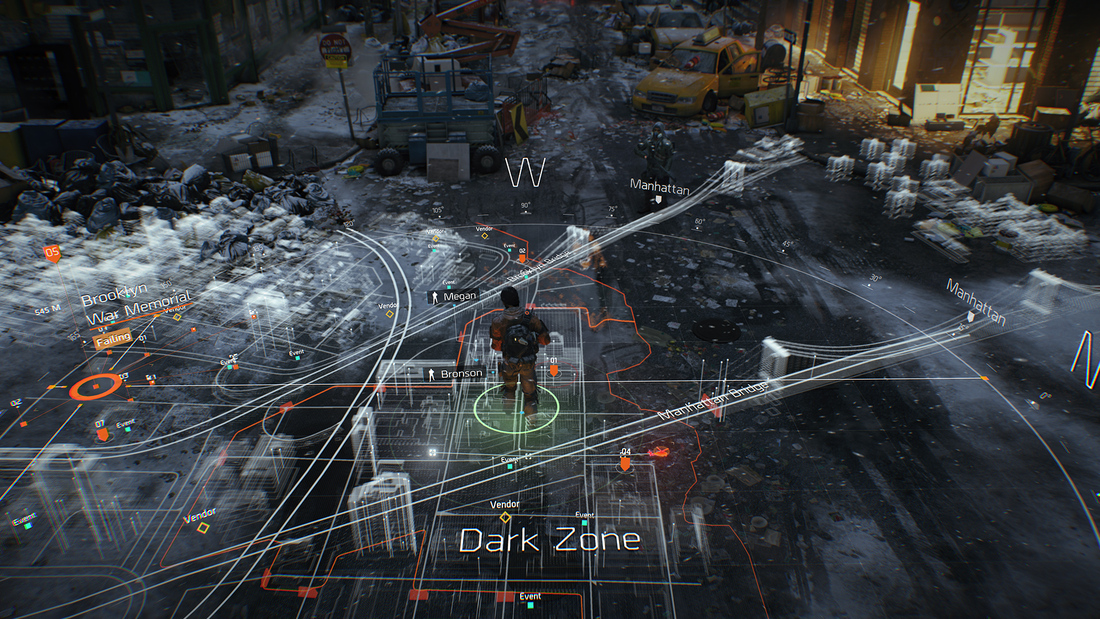 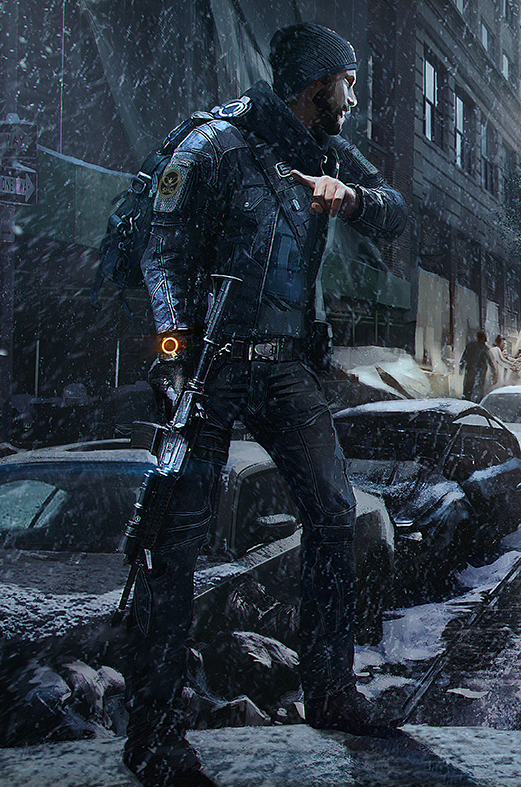 Massive Entertainment has long been something of a trusted "B" team for Ubisoft. Most recently, it created the multiplayer in Far Cry 3 and both the multiplayer and part of the "The Lost Archive" DLC for Assassin's Creed Revelations.

Though Massive has completed its own games before, this is the studio's first time launching a title of this size and scope. It's a brand new property, and one of Ubisoft's biggest highlights at the show.

The enormity of the responsibility isn't lost on Barnard. "It's Massive's first lead project on a big triple-A title, for the next generation of consoles," he said. "It's a twist on the Tom Clancy universe itself. It's meshing with RPGs. So there's a lot of firsts that we're taking on with this."

"It's been an incredible journey," said Massive Creative Director Nicklaus Cederstrom. There have certainly been challenges involved in stepping up to the plate and taking on such an ambitious project.

"When you start building games you start with a really small team," said Cederstrom. "When we started with the concept of The Division, we were like six or seven guys sitting down discussing what we're gonna do. You grow the team from there, and then you become 30, and then 60 and then, now we're almost 200, 280. And there [are] a lot of challenges involved with growing the team. New disciplines, you need new leader structures, new processes for everything. So it's been a real challenge for the team to adapt to that. But now, we've figured it out and we're going into full production, and just building the game."

"My initial reaction was a little "Just don't crash!" laughed Barnard. "I was sick to my stomach, but with the response from the audience that came up and it being a Tom Clancy reveal at the end, it was overwhelming. Everyone was a little bit numb by how well it was received, so I was very happy." 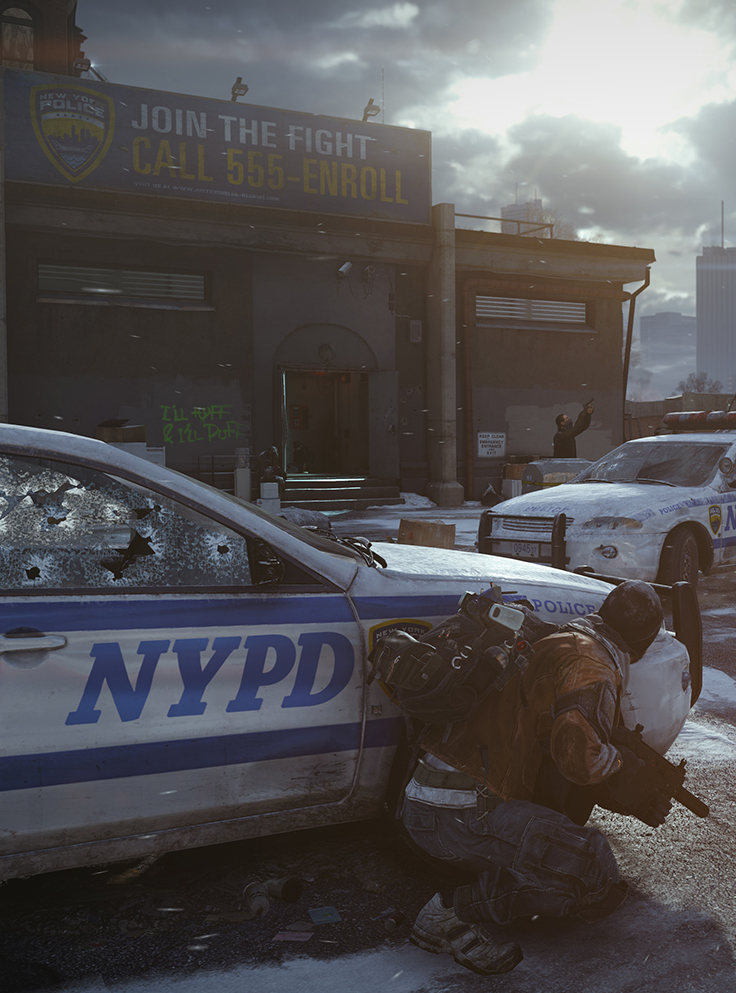 One of The Division's most appealing elements is its realistic mid-crisis scenario. Instead of a post-apocalyptic vision of a destroyed city overrun with zombies or mutants, it's set in a NYC ravaged by a viral pandemic, and Massive promises that the choices you make will make a difference in this world.

A quick example of this appeared in the E3 demo, when a player made the decision to free police officers from their cells in a rundown station. The demonstrator explained that players who rescue key personnel would be able to call upon their services and restore some order to the city, bit by bit.

It appears to work so well because the fiction is rooted strongly in reality.

"Back in 2001, there was a high level exercise called Dark Winter. This is all true," explained Cederstrom, referencing a real-life study conducted by the US government. "It was a role play scenario where a terrorist group managed to infect 3,000 people in a shopping mall. [The question was] 'Can you contain this problem?' 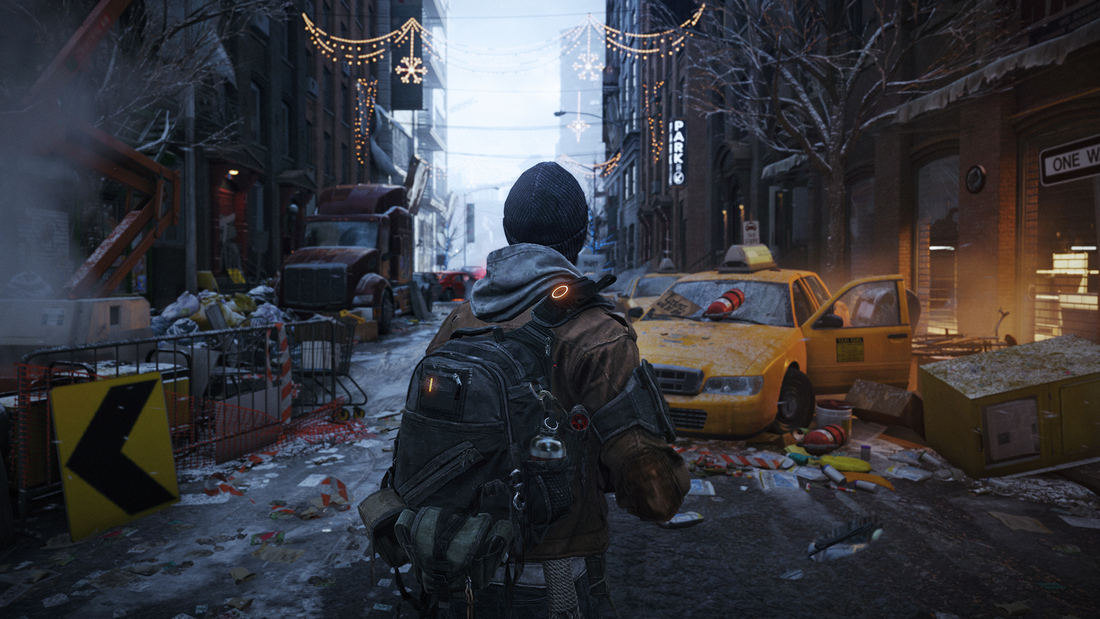 "After 15 days, [the government] shut it down, since they failed miserably. They could not contain it. I think it was 26 states and 11 countries around the world had been infected after 15 days from this small outbreak. So it was incredibly dangerous and everyone saw, the government saw that ... we have to do something about this."

It sounds like scary-sci-fi — but it's all true. The exercise proved that decisions couldn't be made in a committee in this kind of crisis. So, Order 51 was signed, giving the US president executive powers in case of such a catastrophic emergency.

"So in our fantasy," Cederstrom continued, "we had said that they have created an agency called The Division. [This is] our last hope when everything else fails. So when the Order 51 goes live, these agents get activated, and their job is to save what remains and try to restore society. They were embedded in civilian life since you can't trust that communication would work, or that transportation would work. They are already in place and have ordinary jobs as, you know, doctors, police officers, military, engineers, scientists, all those kind of jobs. Once they get activated they take their go-bag, they go out and try to save what remains." 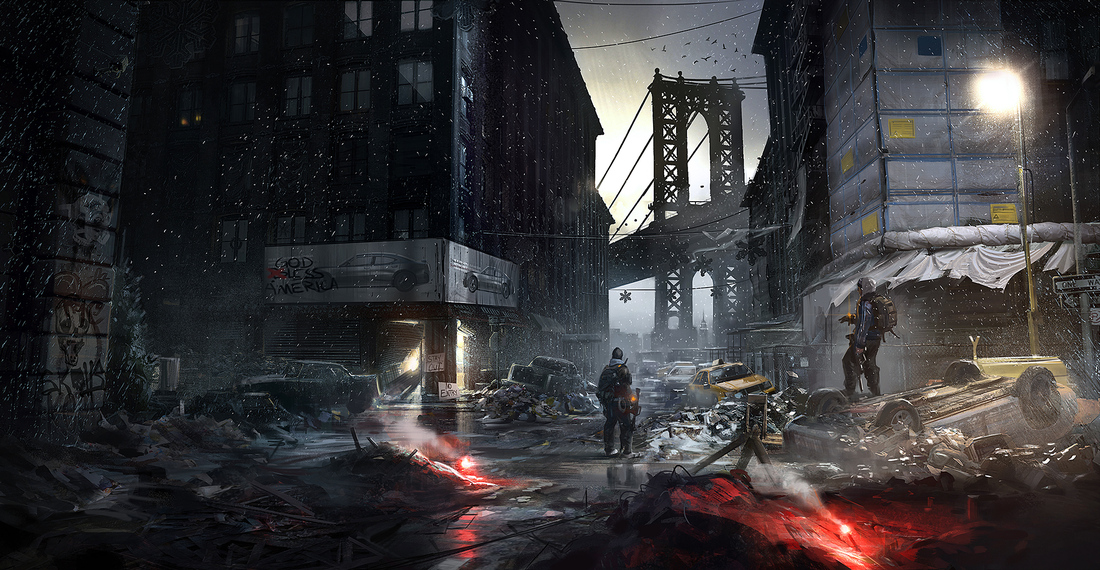 The plausible narrative is meant as commentary about society as much as an awesome scenario for fantasy role-playing.

"We have served ourselves up for failure, basically," said Cederstrom, speaking about modern society as a whole. "We are so dependent on technology. So we thought that was really interesting that there's a lot of these things that we're so reliant on."

Cederstrom noted that we're completely helpless without power, food, water, transportation and the myriad infrastructure that supports these things. Massive wanted to explore what happens when these things all fall apart and America is brought down to its knees.

"So that's what we wanted to build the game around," said Cederstrom. "We call it a mid-crisis scenario. And most games, a lot of games, are post-apocalyptic when they go through this scenario. We want to be mid-crisis — right in the thick of it. And, you know, then you play these agents that are making sure, you know, trying to save what remains."

It's an appealing proposition. The Division is speculative fiction via RPG. It's a "what-if" scenario with grand ideas about the fragility and complexity of western society. And the team is determined to make good on the premise that they are clearly so passionate about.

"You're working on it for a long time, and you just go, 'Oh look here's my baby; I want to show it to someone.' But you can't; it's like you can't tell anyone. And now, finally, the time comes and you get to go out and you can say, 'Hello world, here's our baby. What do you think?' And the response has just been, 'Hell yeah, [it's] a beautiful baby! You know, it's just incredibly powerful and emotional and you're so proud."