The Sims 4 digs deep into emotions, personalities and casual attire

Share All sharing options for: The Sims 4 digs deep into emotions, personalities and casual attire

I attend a party and I spot my old chums Elton John and Kim-Jong Un hanging out near an aspidistra. I saunter over. They offer to mentor me in their particular special skills.

No doubt, Kim-Jong Un has a thing or two to teach us all about setting packs of wild dogs on disobedient family members. But today I am inclined towards tickling the ivories, and so Elton gets down to the business of augmenting me as a piano player.

This is The Sims 4, a fantasy world of personalities and desires, a simulation of the endlessly improvable self. Since the series came into this world 14 years ago, it has been tweaked and updated by Maxis and Electronic Arts, moving from a basic game of fulfilling human needs, to something that seeks to make a play-thing of our emotions.

Many games are called "sandbox," meaning that they supply the toys and the environment, and all the player to do the rest, but few take this doctrine quite so seriously as The Sims 4.

From the beginning, players create an avatar with a graphical visualization tool that leaves sliders and menus in the dust. Players pinch, squeeze and mold their Sims, right down to the tiniest detail, including gait. This allows the creation of characters who look like real world counterparts. For some disgracefully talented and creative people, this is essentially the whole game.

Personality-type can also be individually crafted, which allows you to pick your Sim's skills and interests, which in turn affect personality. Good with computers? This likely means you're a quick learner. Passionate about animals? Perhaps you have a greater capacity for empathy. Sims experience emotions, good days and bad days, that affect their ability to perform in society, as friend, lover, employee, spouse or whatever.

If you enjoy the complicated mysteries of humanity, you'll likely want to fiddle around with the game's personality engine, which allows multiple traits, seemingly self-contradictory but, in fact, all too common. Here's a friendly bro-dude who is actually a terrible snob. Let's see how he fares with this vain, status-obsessed woman who is also kind to those less fortunate. Perhaps she is having a bad day and will tell him to fuck off.

"The Sims' personality and depth is really changing those different interactions that are tied directly to the way your Sim is feeling," explained producer Ryan Vaughan. "It allows our players to tell stories they haven't really been able to tell before." Dealing with your own emotions, as well as those of other people, is part of this game world, just as in real life.

The Sim goes through life bolting on new skills, new relationships, more wealth and, of course, a bigger, better house. Once again, Maxis has opted for ease-of-use, allowing for pretty much any construction improvement to the player's abode, on the fly. No need to pull down that semi-detached to build a mansion. Just keep adding and tweaking.

"Adjustable wall heights in houses is just one example of a feature we've wanted to put in the game forever, and the technology has just not allowed us to before," said Vaughan. "The hands on Create-A-Sim is something I wanted since the first day I played The Sims, being able to adjust the Sim without having to use sliders. So, it's really a combination of the technology coming along but also taking years and years of feedback about the game and incorporating features that not only the players wanted forever but that we've wanted as well."

All this is more a set of improvements on the games that came before, especially the well-received The Sims 3 (2009) which overhauled previous games' creaky infrastructure and tendency to be slightly mundane. 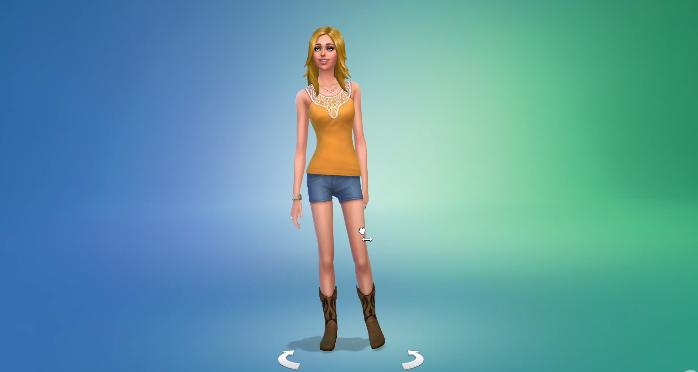 All games offer an escape from the boring routines of life, but The Sims 4 is a strange beast, an escapist fantasy that seeks to offer a simulation of real life. It's like daydreaming about winning the lottery or finding a perfect partner or social group.

But in order to intrigue and fascinate, a game such as this must find more to offer the player than an opportunity to choose different houseplants and wallpaper styles. Its deepening forays into the fraught world of emotions is the key to the franchise. To fully enjoy being a Sim, the player must be able to connect with the Sim as if it were a human being, rather than merely a digital doll. Paradoxically, this means that they have emotional lives independent of you, the player. 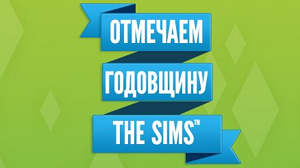 "One of the things we're really focused on is making sure you have full control over your Sims' emotional state," said Vaughan. "You have a lot of agency dependent on the interactions that you're choosing and socializations that you're going for. So we expect them to probably go through two or three emotional states during the day, but it's never gonna be anything that you feel like you're losing control over your Sims."

At E3, Maxis and EA are seeking to convince fans and casual browsers that this is a franchise that remains dynamic and relevant, even after 14 years and multiple iterations, DLC additions and spin-offs.

"I'm very confident that what we have going on beneath the hood with their personalities and their emotions are creating this brand new experience that new players or longtime players will connect with really easily and really quickly," added Vaughan. " I think the Sims personality and depth that they have is being shown off really well in the way they act, in the way they look and interact."

In the meantime, my piano-playing skills have been greatly enhanced by Sim Elton. And if I need to know how to brutalize an entire nation through state intimidation and cult-of-personality propaganda, well, I'll know exactly who to turn to.