Ghost Recon Wildlands is meant to be played together

Ubisoft says that Tom Clancy’s Ghost Recon Wildlands will be the first military shooter ever to be playable, start to finish, in four-player cooperative mode. The tactical first-person shooter, known for letting players work together or with small teams of computer-controlled allies, will allow ad hoc drop-in and drop-out play from the start. That strategic choice, said lead game designer Dominic Butler in an interview with Polygon, was one of the foundations for the entire game, and represented a significant technical hurdle.

"The whole experience has been built from the ground up to be able to be played by yourself, supported by AI teammates," Butler said during an interview last week. "Then, as friends come by they’re made available. Whatever happens with your friends, you’re able to join together and continue your progress unimpeded."

Co-op was also a challenge on a narrative level, but, Butler said, it has made Wildlands a better game.

For this year’s show, we’re diving deep into some of the biggest games on display. To see all our features from the event, check out Polygon’s Big at E3 2016 hub.

"There’s one story," Butler said. "It’s not a co-op campaign or co-op storyline and then a separate storyline. And you always maintain your progress."

Butler says that his team has developed a unique way of blending together the progression of two or more players. In that way, everyone is able to benefit from each other’s time spent with the game.

"You bring all your progression with you in terms of your character," Butler said. "But also in terms of your narrative. You’re not going to autocomplete my missions, but we have a special system, a way to merge narrative progressions. ... You’re not hampered because you’re playing with someone who hasn’t played the same amount as you, and works today."

Butler also stressed how the entire multiplayer experience was built with adults in mind, people with busy lives that might not have time to commit to a long play session but who still want to be able to spend time with friends in-game. Wildlands’ ad hoc, drop-in/drop-out, co-op gameplay has been at the center of his team’s efforts from the very beginning.

"Just play, and play together," Butler said. "You’re never giving up something because you’re playing with other people, or not playing with other people. It’s not always a simple choice. ... Sometimes you just don’t feel like talking to people, or you’re worried because you might have to stop suddenly so you don’t want to start a session and have to leave. Or it could be that you just don’t want to listen anybody in your party. It’s up to you, but you shouldn’t feel like you’re giving up on that."

Wildlands takes place in near-future Bolivia, where a Mexican drug cartel has moved in and completely taken over the country. This is not merely a matter of high-level corruption or a few drug fields hidden in the jungle. The Santa Blanca cartel has transformed Bolivia into the largest cocaine producer in the world.

What if a drug cartel took over an entire country?

"It’s a what-if story," Butler said, "the classic Tom Clancy franchise idea of taking something based in kind of a plausible reality and then dialing up one of the aspects to 11."

Why Bolivia? The coca leaf, Butler explained, is already a part of the Bolivian way of life.

"Coca leaf is core to their local culture," Butler said. "It’s really everywhere. They use it for medicine and as an energy drink and in lots of different things. But, of course, we also know from Breaking Bad and all sorts of things that it can be used to make cocaine." 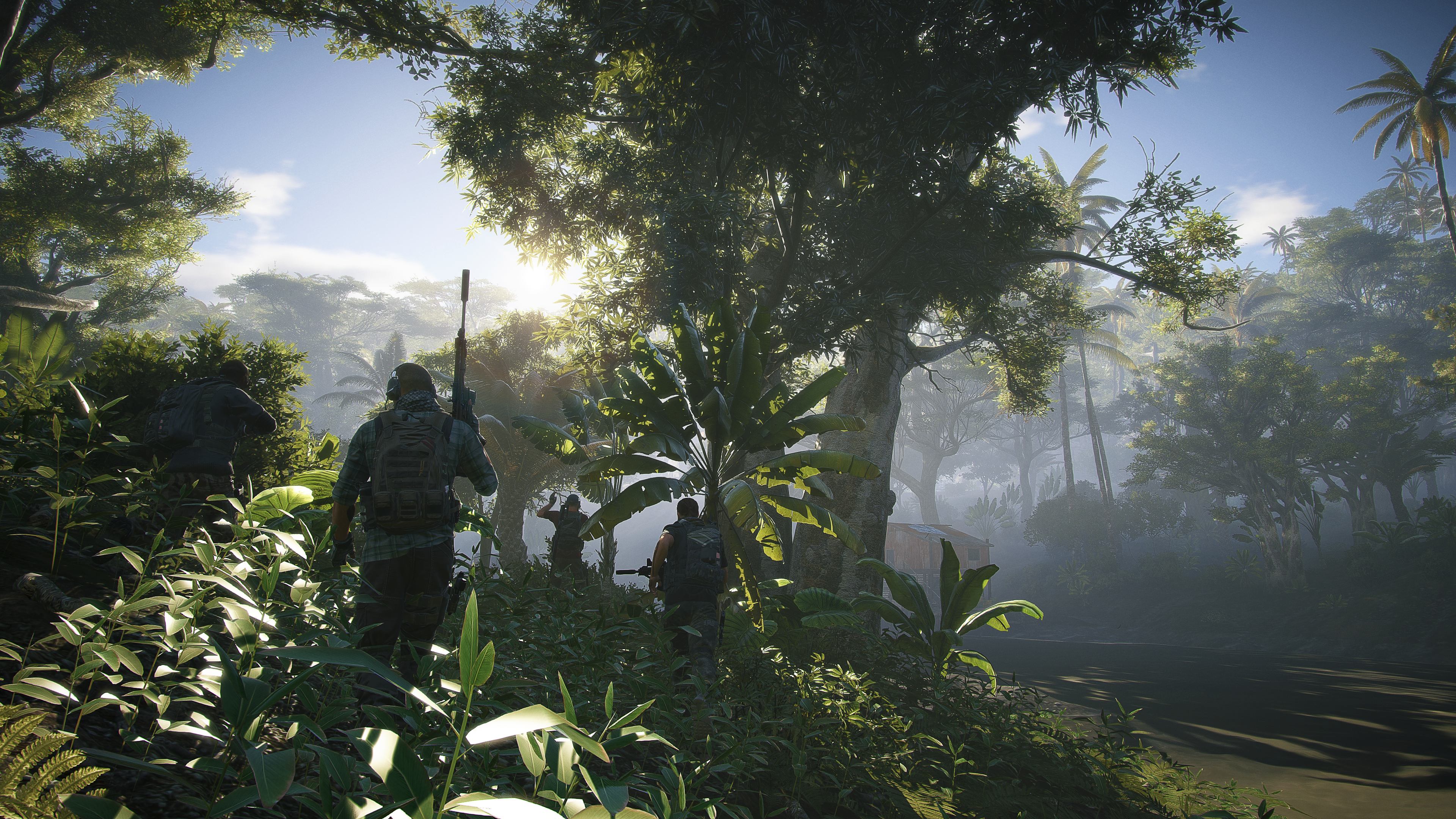 But while cocaine production today often happens in deep secrecy, Wildlands’ Santa Blanca cartel has begun to brazenly produce it in plain sight and often with the help of the Bolivian government.

"In terms of their courage, their bravado, they’re not hiding it anymore," Butler said. "They’re quite open about what they’re doing, and it’s really a billion dollar industry.

"We’re saying, ‘Okay, what if it kind of suddenly spiraled out of control and they took it to one possible next step and eventually took over a country and turned all of those resources over to cocaine production? ... What would happen if this thing got really out of hand? And in this case they’ve taken over Bolivia, they’ve turned it into a narco-state, and the only ones who can really stop is are the Ghosts. You’re the special forces that are dropped behind enemy lines to basically create chaos."

Wildlands will be open-world from the very beginning, allowing players to take their first in-game steps in any direction they choose. Long-term, players' goals are to take down the leader of the Santa Blanca cartel, a man who goes by the name "El Sueño." To do it, they’ll need to destroy each of the cartel's four pillars — cocaine production, smuggling, security and political influence. 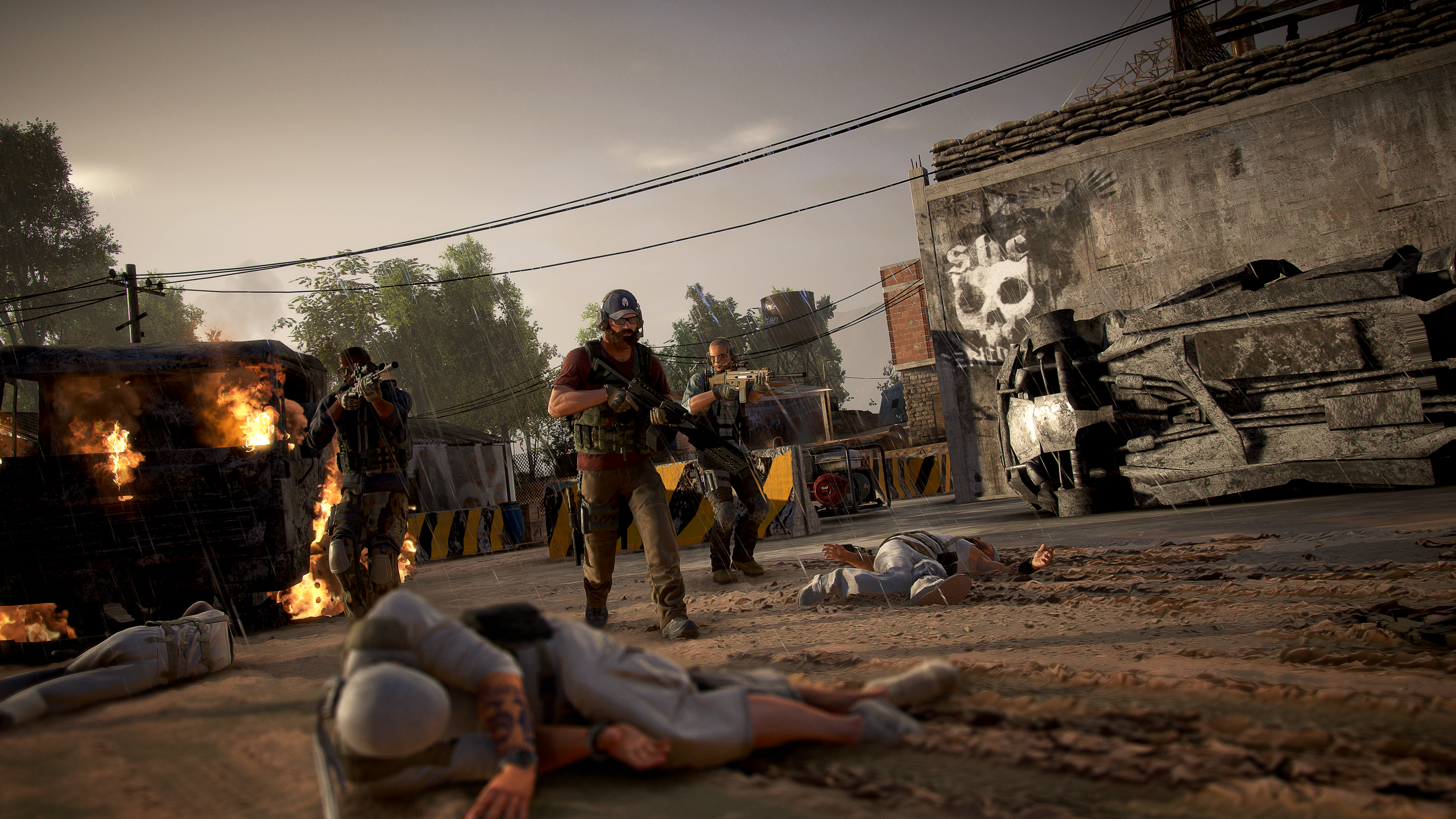 Players will have access to many different weapons and modifications for those weapons, including small arms like sniper and assault rifles. A key part of the game will also be vehicular combat, with players able to pursue figures on land and in the air.

The largest open world Ubisoft has ever made

"With Wildlands, because you have access to this gigantic open world it gives you tactical possibilities," Abboud said, "which means not only choosing your weapon like previous games but choosing the physical location of an attack, the way you are going to attack the target, the time of the day and the vehicles you’ll use. All those things that give you a larger array of tactical approaches. And this is why we are really focusing on this massive open world in the case of Wildlands."

The Ghost's initial point of contact, Butler said, will be a CIA handler embedded in Bolivia. But there’s only so much information that handler will be able to share. It will be on players to befriend the local population, and to work their way up the chain of targets toward El Sueño.

While it sounds like the very same operations against high-value targets conducted by Navy SEALs and Army Rangers in places like Bosnia and Iraq, Butler assures us that Wildlands is strictly a work of fiction.

"With any Tom Clancy game military authentic is the key pillar of the brand," Butler said. "We have worked very closely with everything from weapons manufacturers to special operators, some retired and some active, and while we do get special access ... but is this a secret telling of something that really happened? I’ll be completely honest: No. This is a work of fiction."

Wildlands will be available for PlayStation 4, Windows PC and Xbox One on March 7, 2017. For more on the game, head to our dedicated overview page.