We don’t know exactly what year the game is set, but we can get pretty close

Respawn Entertainment finally revealed gameplay of its new Star Wars title, Star Wars Jedi: Fallen Order, for the first time at EA Play 2019. The game kicked off the event, and included a 15 minute gameplay segment, and a short interview with the developers to help give us an idea of what to expect from the game.

Fallen Order looks like a slick action adventure game that will task players with fighting through legions of stormtroopers with their lightsaber and force powers. While the demo gives us a good idea of what the gameplay will look like, it also gives us a few hints at what exactly the game’s story might involve and how it fits into the larger Star Wars universe.

The game is set sometime after Order 66, but before the events of Rogue One. Order 66 is the order Palpatine gives to the clone army in Star Wars: Episode III — Revenge of the Sith, instructing the clones to kill all the Jedi.

The exact date of the game wasn’t specified but we do have a few guesses based on the clues we see in the trailer. Order 66 takes place in the year 19 BBY (the in-universe dating system, which stands for Before the Battle of Yavin). Episode IV takes place in the year 0 BBY, so we just have to nail down a time between those two dates.

One clue of the timeline we get is from the stormtroopers we see on Kashyyyk. They don’t have the colorful designations that marked different types of soldiers and ranks in the clone army. Instead, their armor is all white meaning that this game likely takes place several years after Episode III, long enough for the Empire to change its uniforms. 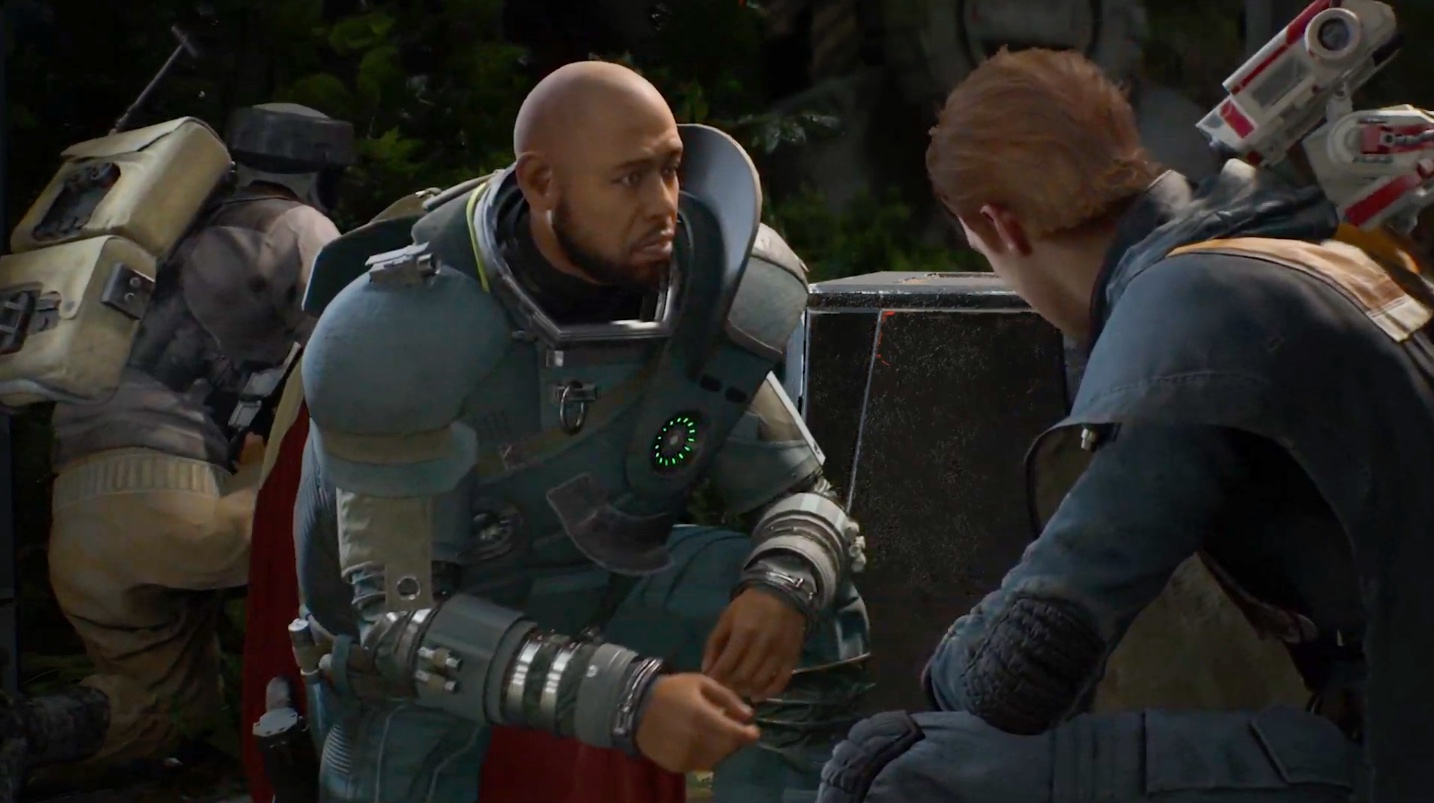 We also get a slight clue thanks to the only returning character we see in the trailer: Saw Gerrera. Saw is a central figure in the rebellion over the course of Star Wars: Rogue One. First training during the Clone Wars, Saw eventually led a rogue segment of resistance fighters working against the Empire after the fall of the Republic. In the gameplay segment Respawn showed at EA Play, Saw was looking a whole lot better, and a whole lot younger, than when we saw him in Rogue One, so we’ve still got a few years before he and Jyn Erso meet for a final time.

Who is Cal Kestis?

Based on what we know, Cal appears to be a pretty young Jedi. The developers from Respawn mentioned that Cal has only recently graduated from being a Padawan — which might be where he starts the game — but he’s still not quite a full Jedi yet. We do see him use some pretty basic Force powers during the gameplay demo, including Force push and Force pull. We also see him freeze enemy stormtroopers and even blaster bolts, a power we’ve mostly seen from Kylo Ren in the past.

Another tidbit we got from the developers is Cal’s overall mission. It seems that his goal is to reestablish the Jedi Order. That means there are basically two possibilities. Either Cal succeeds and manages to establish an underground order that will help aid the rebels from the shadows. Or, like so many of the events between Revenge of the Sith and A New Hope, he’s doomed to fail.

The droid is called BD-1. According to the developers, his name stands for Buddy Droid 1. He’s perfect and should be protected at all costs.