This side quest starts when you enter Galactic Zone. Follow your marker to the body of a trader, Tiana. Loot the body to pick up Tiana's Log. 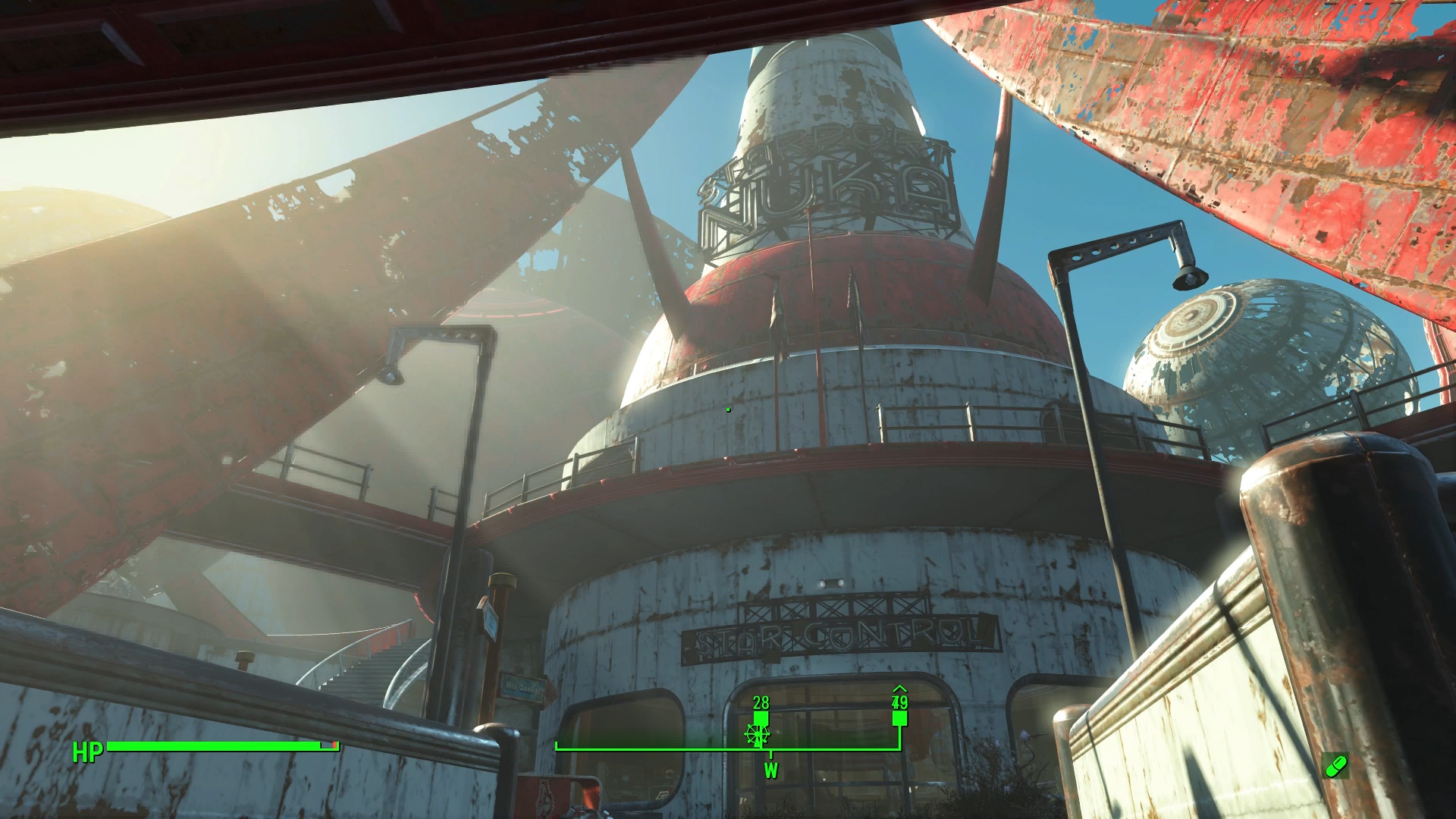 Follow your marker to Starport Nuka. Head down the stairs to the lower level to find a mainframe called Star Control. 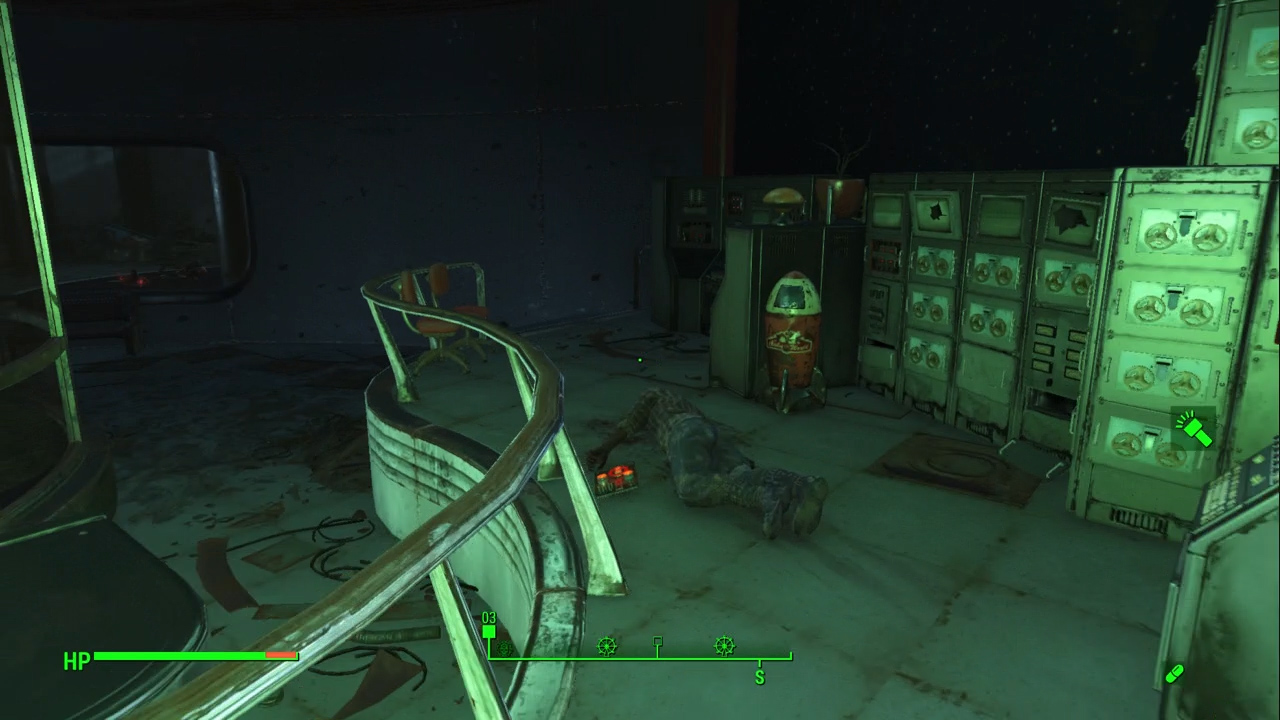 The Star Control mainframe runs Galactic Zone. To restart it, you'll need to install one of the missing Star Cores. If you haven't happened on one by accident yet, there is one near the body of Kendall Alston, lying on the ground near the mainframe. There are multiple ports. Pick one and install a Star Core. 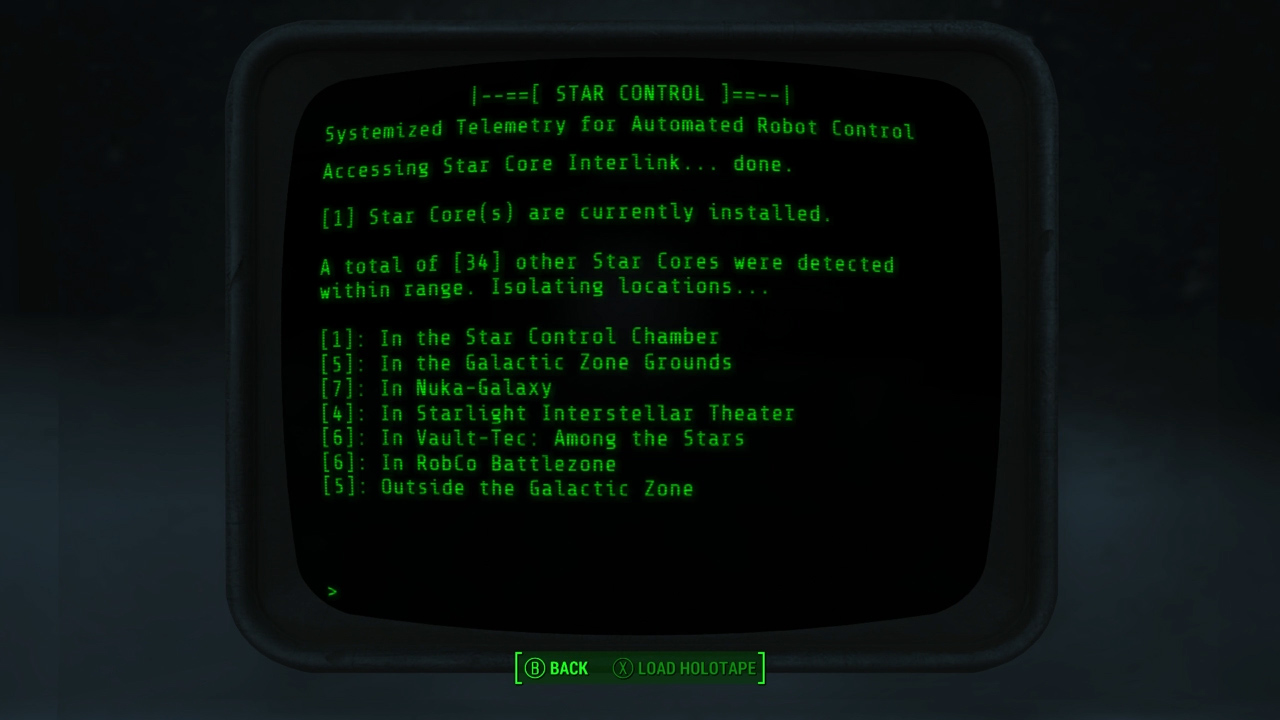 Use the terminal to initialize emergency operations mode. Basic operation requires one Star Core, but full functionality requires 35. Toggle over to the View Star Core page on the terminal to see a breakdown of how many Star Cores are in each location. 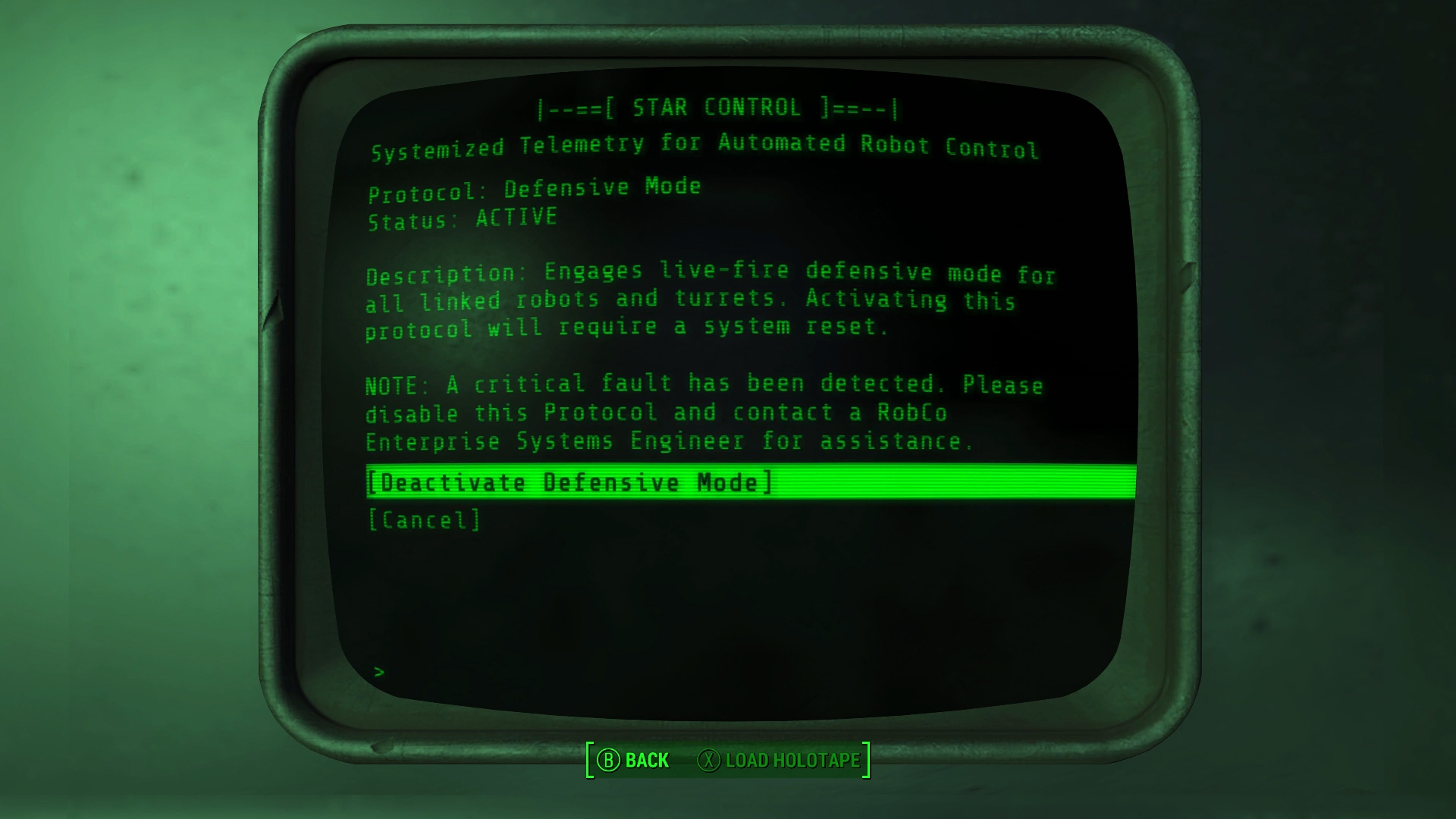 Once you've collected 20 star cores, you can use the mainframe to do a system reset and turn off the defensive mode protocol that the robots have all been set to.

You'll need 35 star cores to open the display case in Starport Nuka to get the power armor. Check out Polygon's Fallout 4: Nuka-Town collectibles guide for the locations of all 35 star cores. 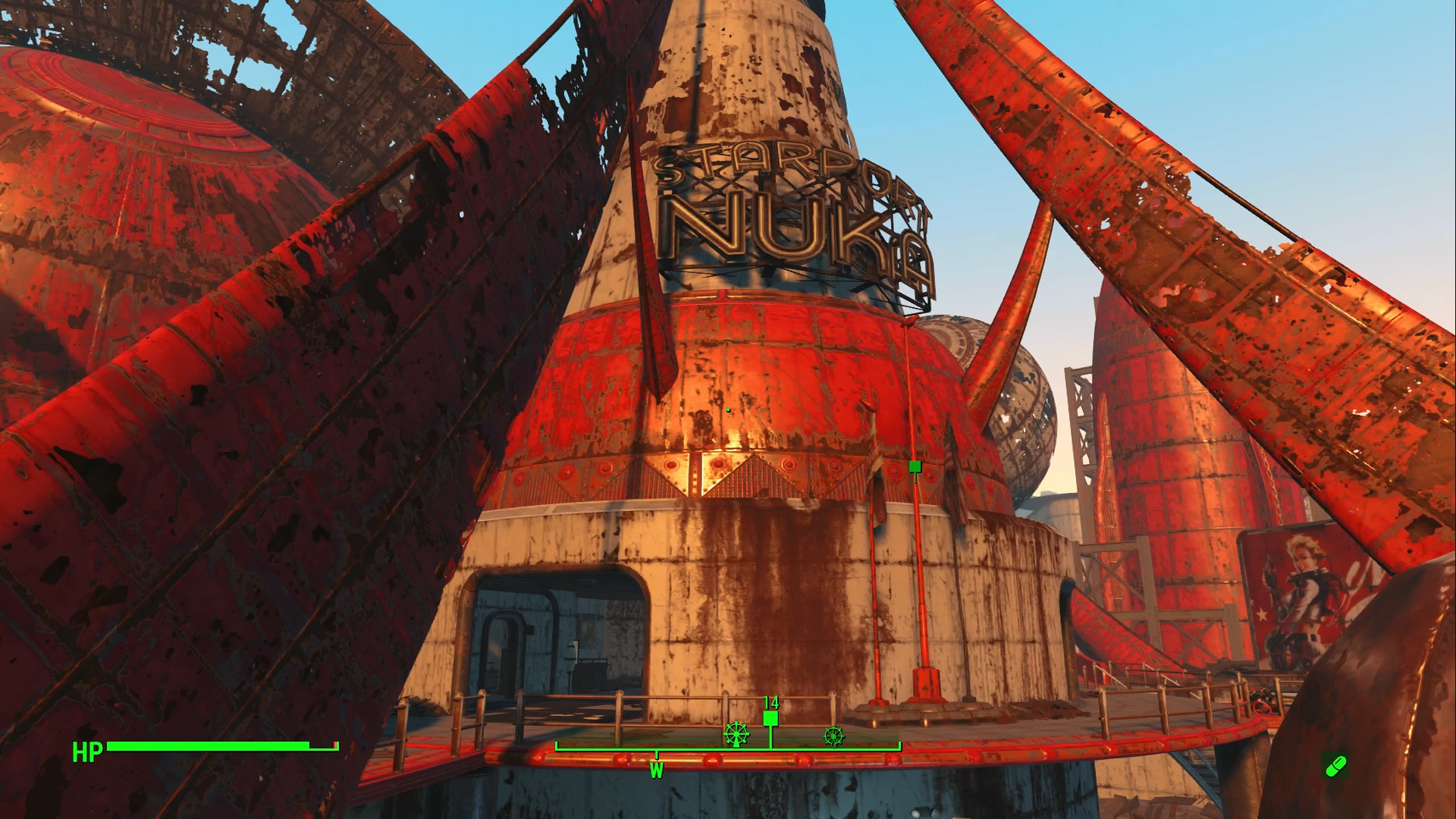 Once you've reset the system to secure the area, head to the upper deck of Starport Nuka and use the signal flagpole to raise the flag of the gang you want to assign the area to. Claiming an area for a raider gang raises your favor with them. There's no way, however, to be entirely fair to the three groups. At the conclusion of the main quest, you will receive two of three possible perks based on your preference between the gangs. 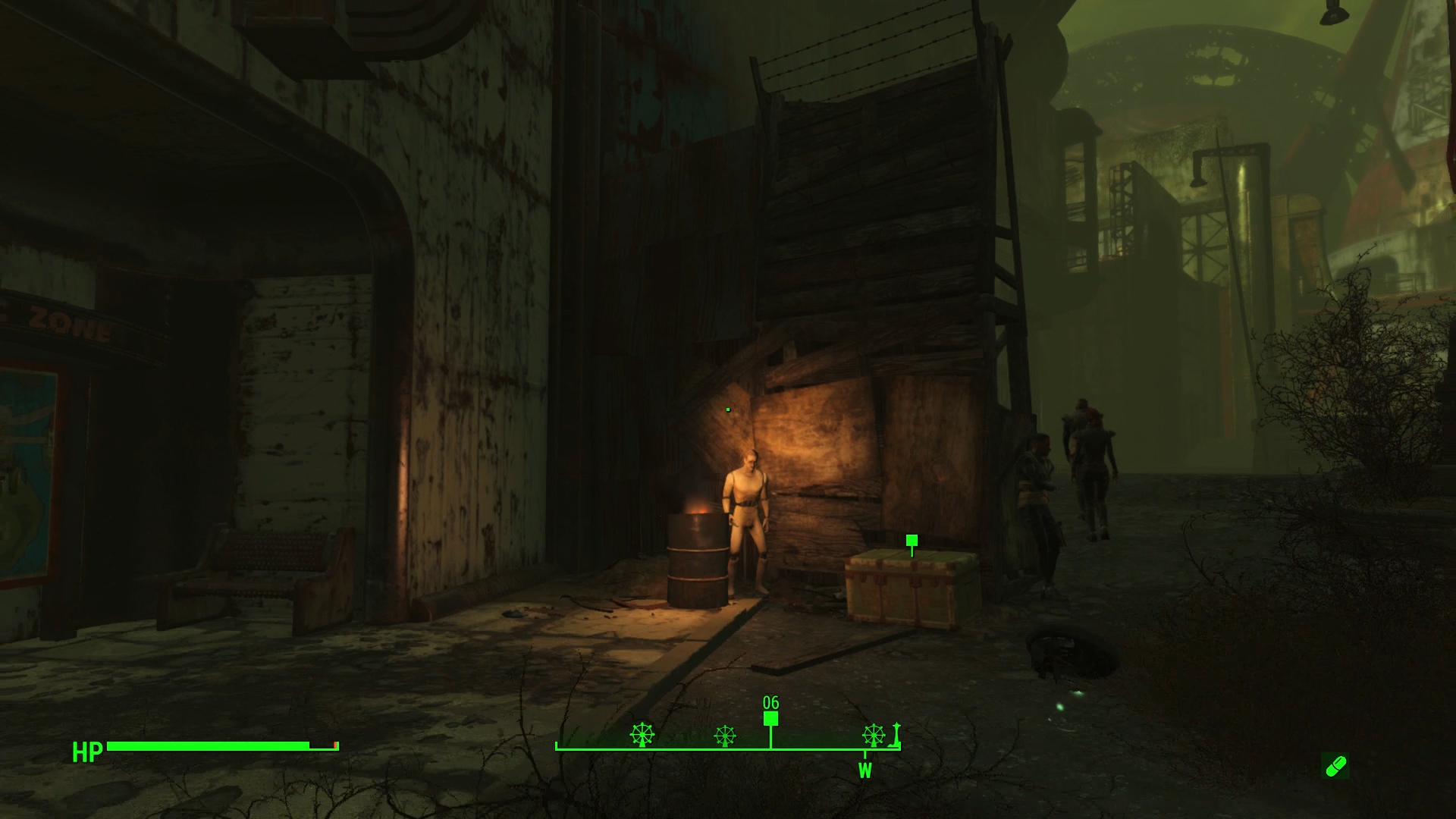 Completing the quest and leaving the quest area will activate a miscellaneous objective to travel back to claim your gang's tribute stash.