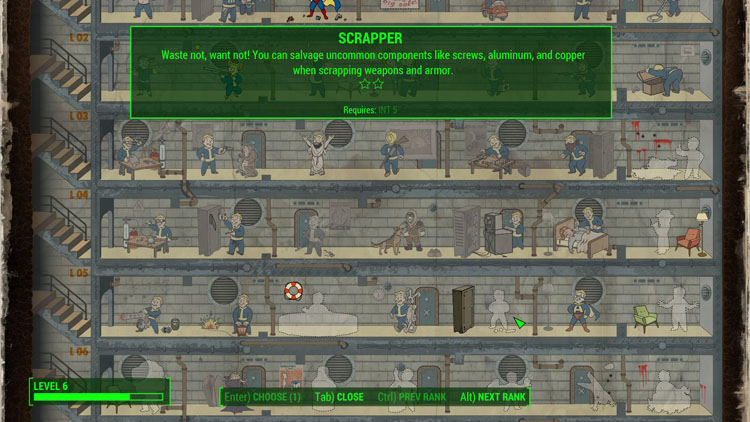 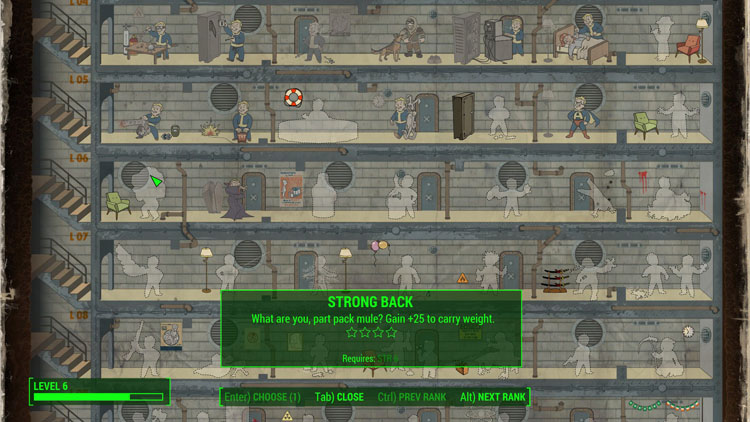 The Scrapper and Strongback perks will come in handy as will an established hoarding problem. You will be able to scrap a lot of debris around the vault area, but having some extra rubber and ceramic will be useful, too. Doctor Sun in Diamond City will have you covered with his shipments of rubber and Myrna at Diamond City Surplus has shipments of ceramic. Steel is the main structure component, but there is an abundance of it in Vault 88.

There are four Workshops in Vault 88. Unlock them in Better Living Underground and Explore Vault 88 to have access to the entire buildable area of Vault 88. Similar to other settlements, you can assign a settler to create a supply line to share resources and inventory among settlements.

You will interview the first three settlers, but after that the settlers will just appear as they have in previous settlements. An early description of the DLC indicates that you will be able to change the appearance of settlers using the barber chair or surgery chair, but sadly they're just for your own use.

You can build Vault-Tec Workshop's new items outside of Vault 88 in other settlements. A gear logo indicates all new items. All new items, except the four Vault-Tec prototypes, are available to you immediately after unlocking the first workshop as a part of Better Living Underground. 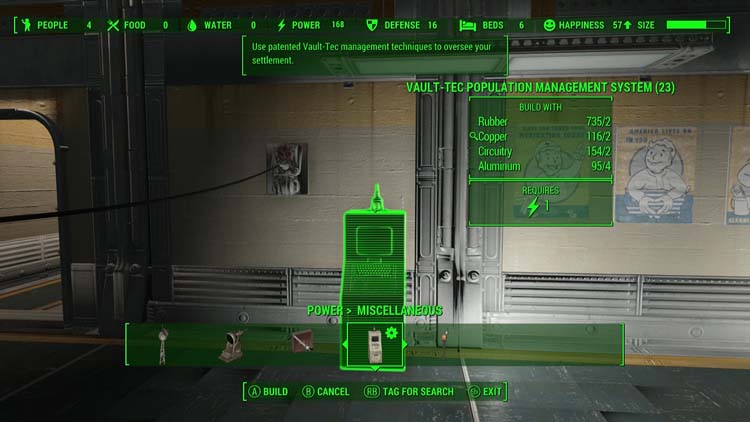 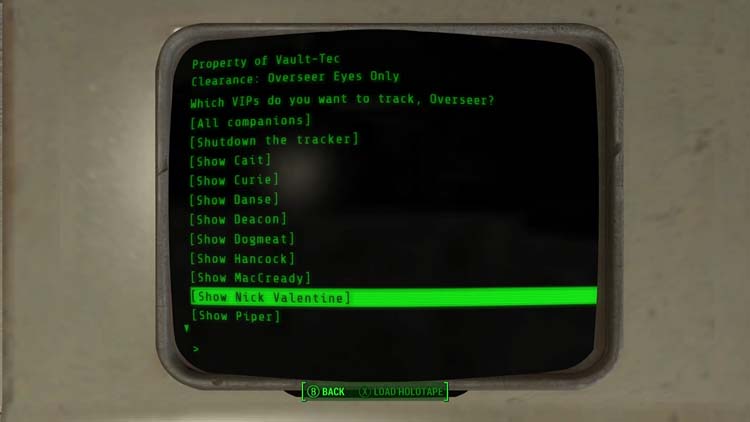 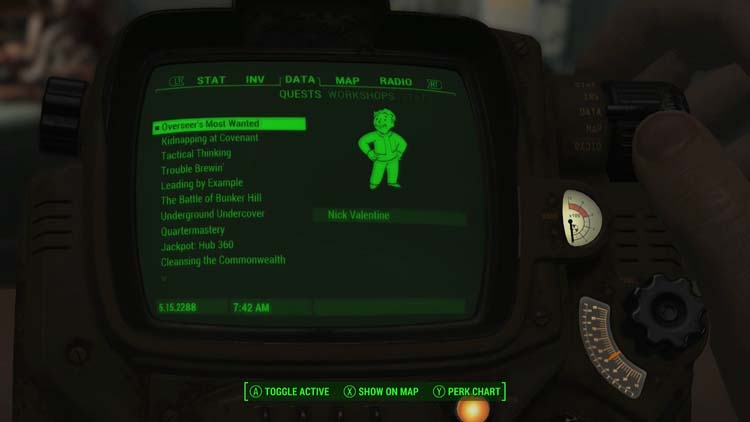 The introduction of the Population Management Terminal finally allows you to easily identify unemployed settlers and assign them jobs. You can also use it to locate your companions.

The prototypes from the experiment are found the Vault Resources category. They provide temporary boosts when you use them. The Power Cycle 1000 offers an endurance boost, the phoropter gives you a perception boost and the slot machine will give you a boost in luck. 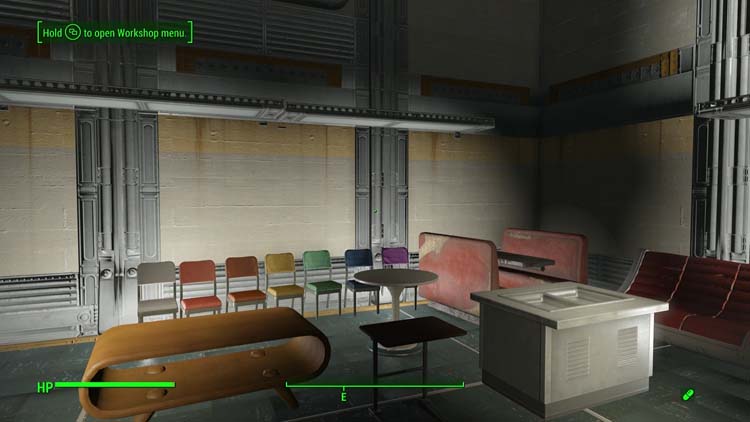 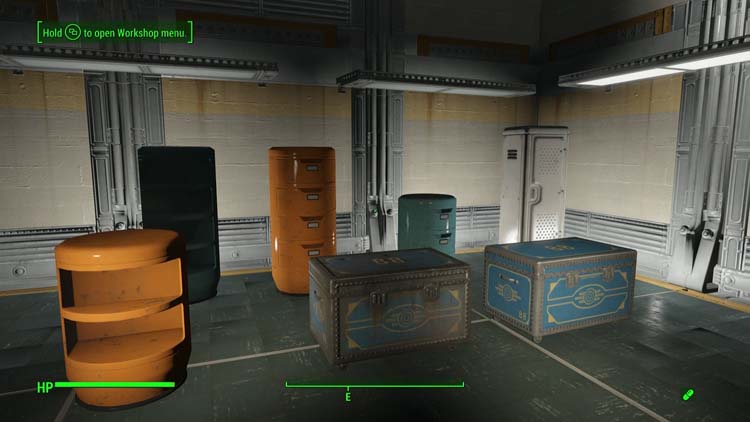 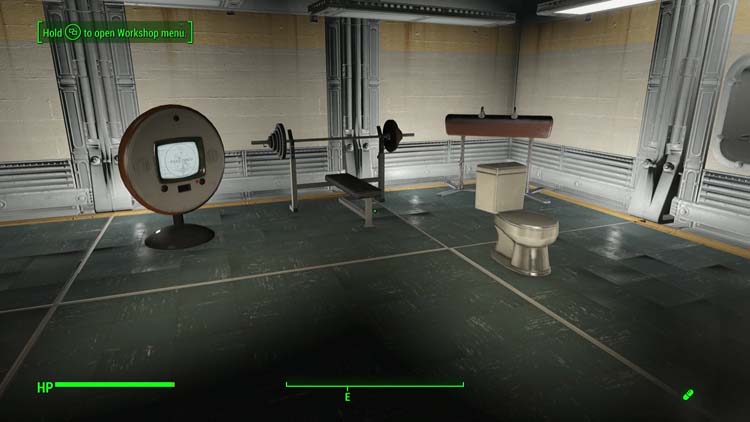 You can see a sampling of new furniture items above. Some new items like the pommel horse provide entertainment for the settlers and benefit you as well. Use the pommel horse for an agility boost and the weight bench for a strength boost. 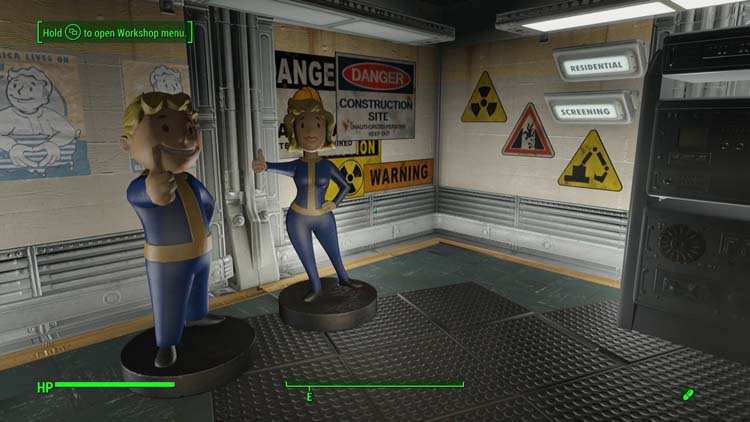 You can see a sampling of new decoration items above. All of these items are purely cosmetic for now. Some, like the posters, come in new and old states. Most are new vault specific items and others are new and clean versions of items previously available. 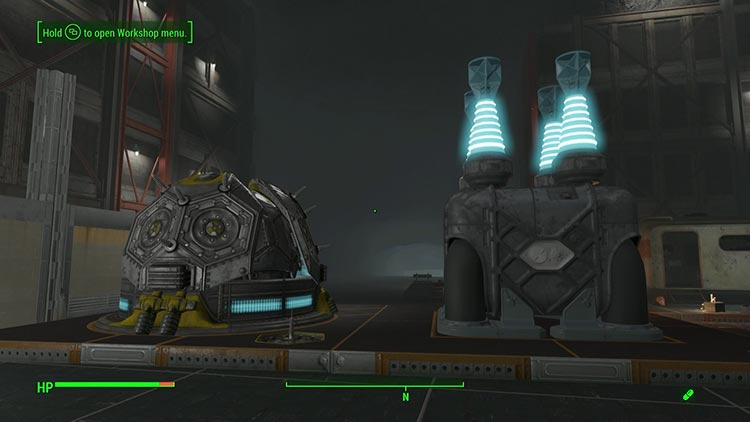 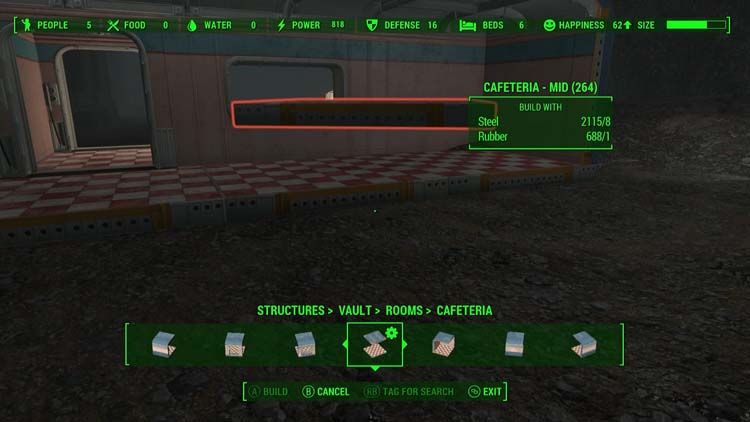 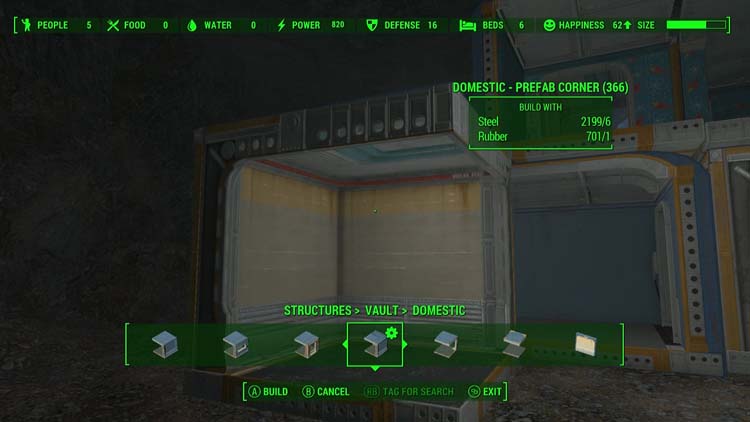 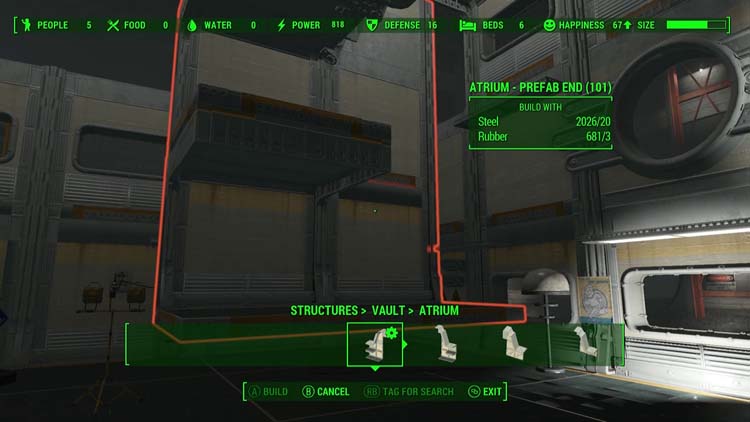 You will find a selection of new vault-related structures at your disposal. Structures are grouped by categories and can be expanded for more pieces, such as a hallway or a corner, to fit your building needs. The new structures allow you to personalize the look of your vault with themed room components to build cafeterias, nurseries, quarters and more. 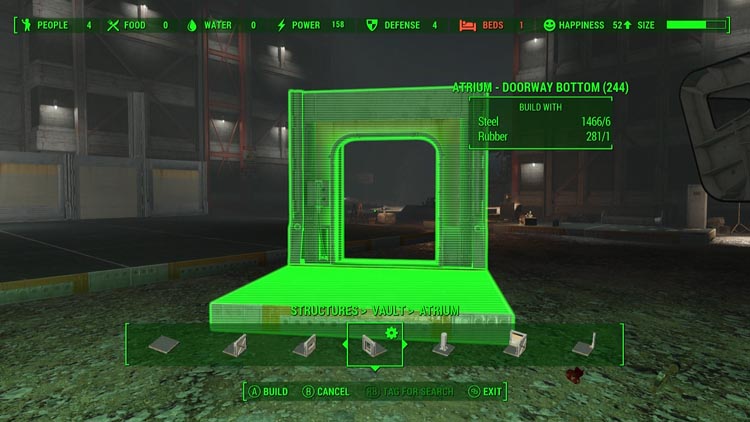 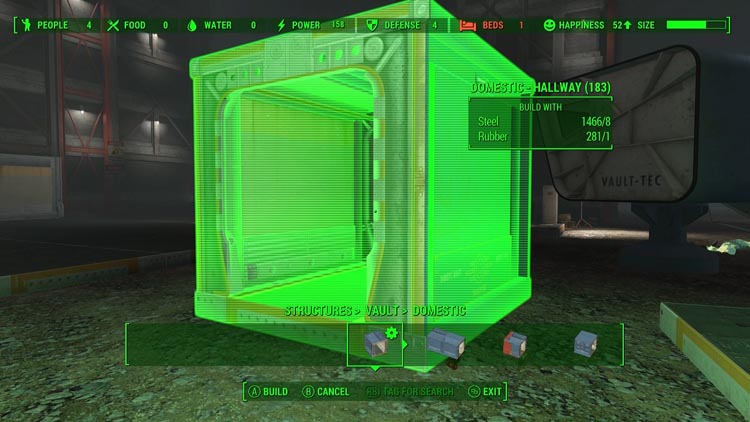 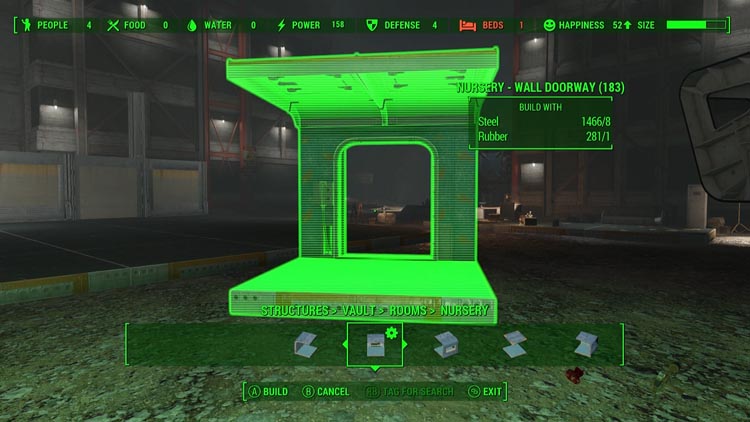 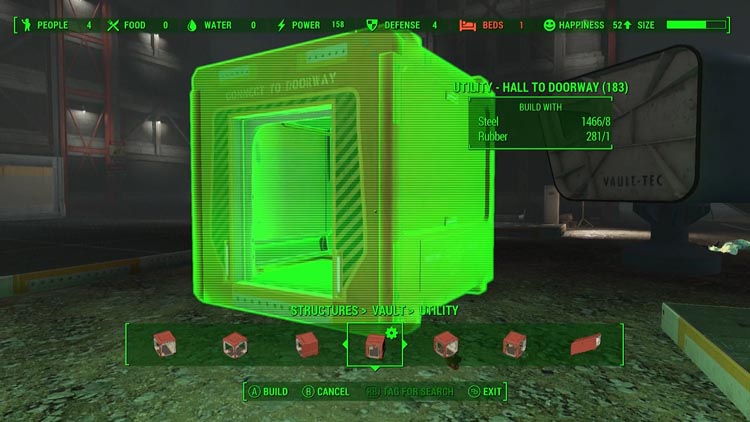 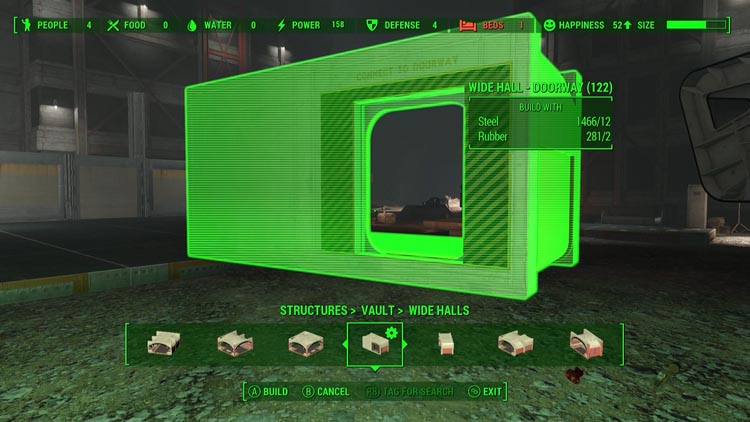 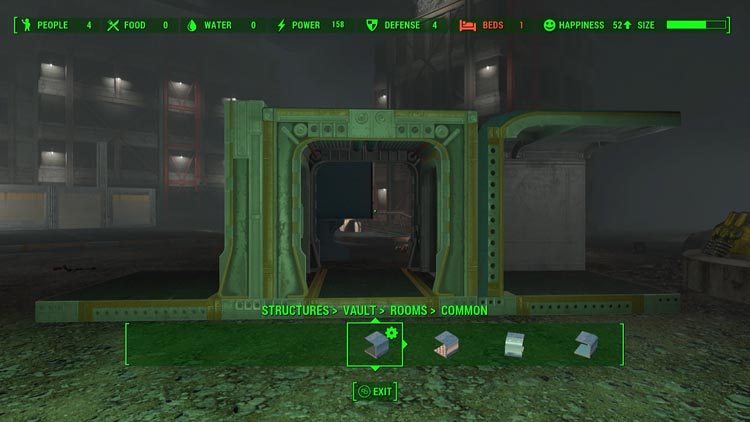 The key to building is connecting doorways to doorways.

Use the doorway pieces within each vault subsection to connect different sections together. 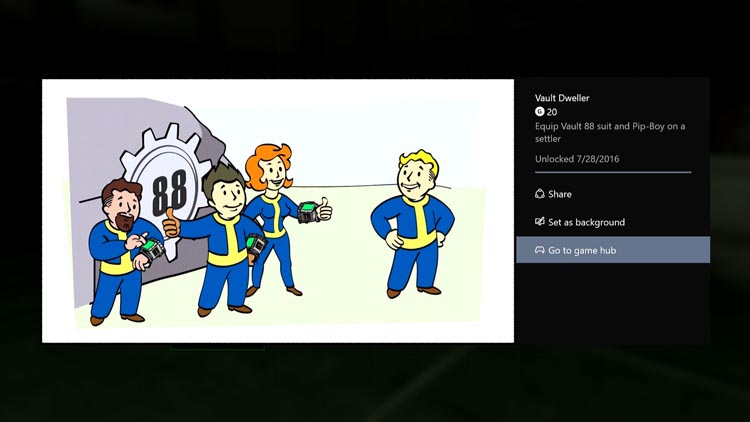 Equip a Vault 88 suit and Pip-Boy on a settler, and you'll receive 20 achievement points. 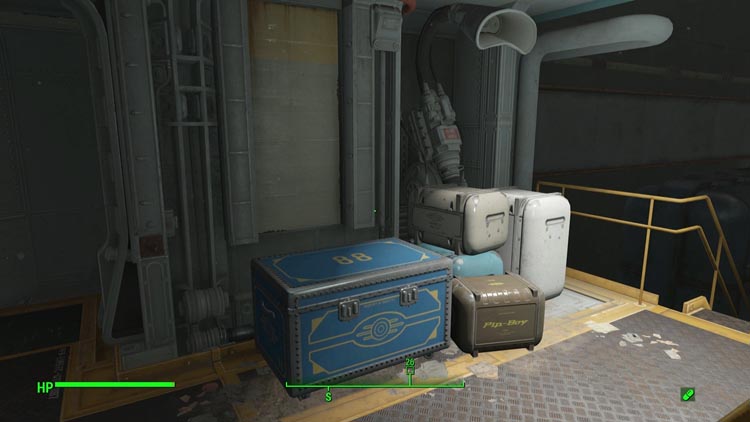 You can find Pip-Boys and vault suits in the Vault 88 trunk by the vault entrance. The Pip-Boy will auto-equip, but you will have to manually equip the vault suit. 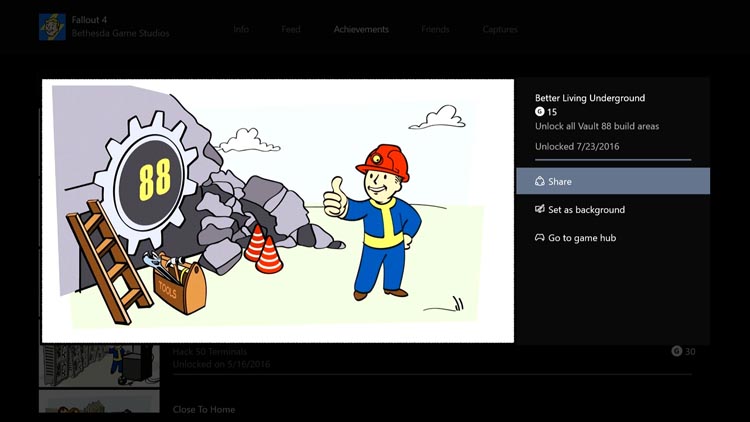 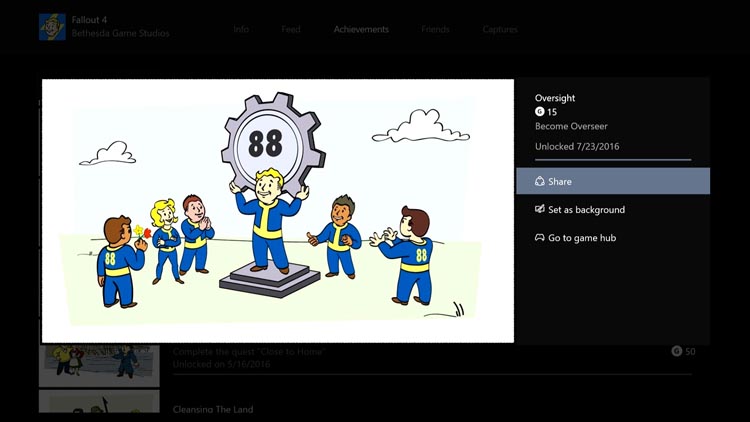 If the Overseer stays after Lady Luck, you will not receive the Oversight achievement.