This quest triggers when you uncover the location of the nuclear launch key or recover the wind farm kill switch code in Best Left Forgotten. You'll need to consider who your loyalty lies with and make choices to change the future of the whole island. 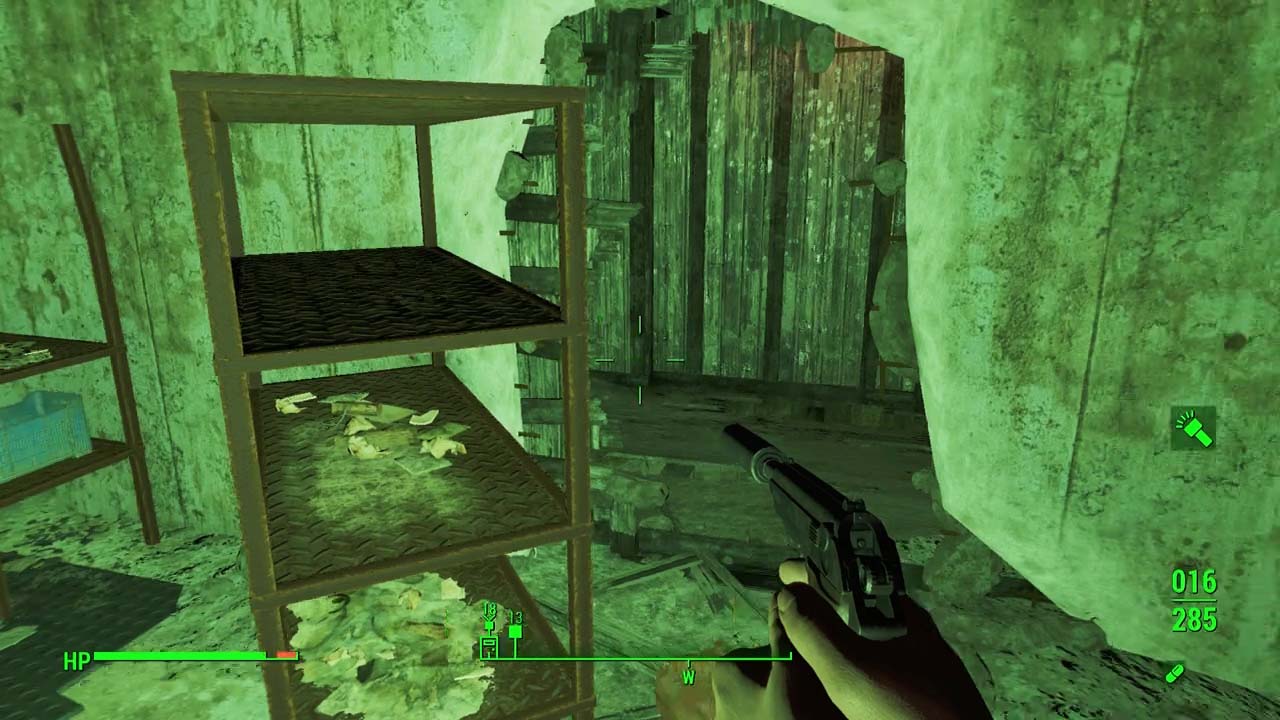 DiMA's memories have unlocked two tools of destruction. Travel to the Harbor Grand Hotel to find the first, the nuclear launch key. Clear any remaining Super Mutants, and head through a hole in the wall to find the room with the keypad. Recover the safe room security tape. It will reveal that the launch key is hidden on a boat at Fringe Cove Docks. 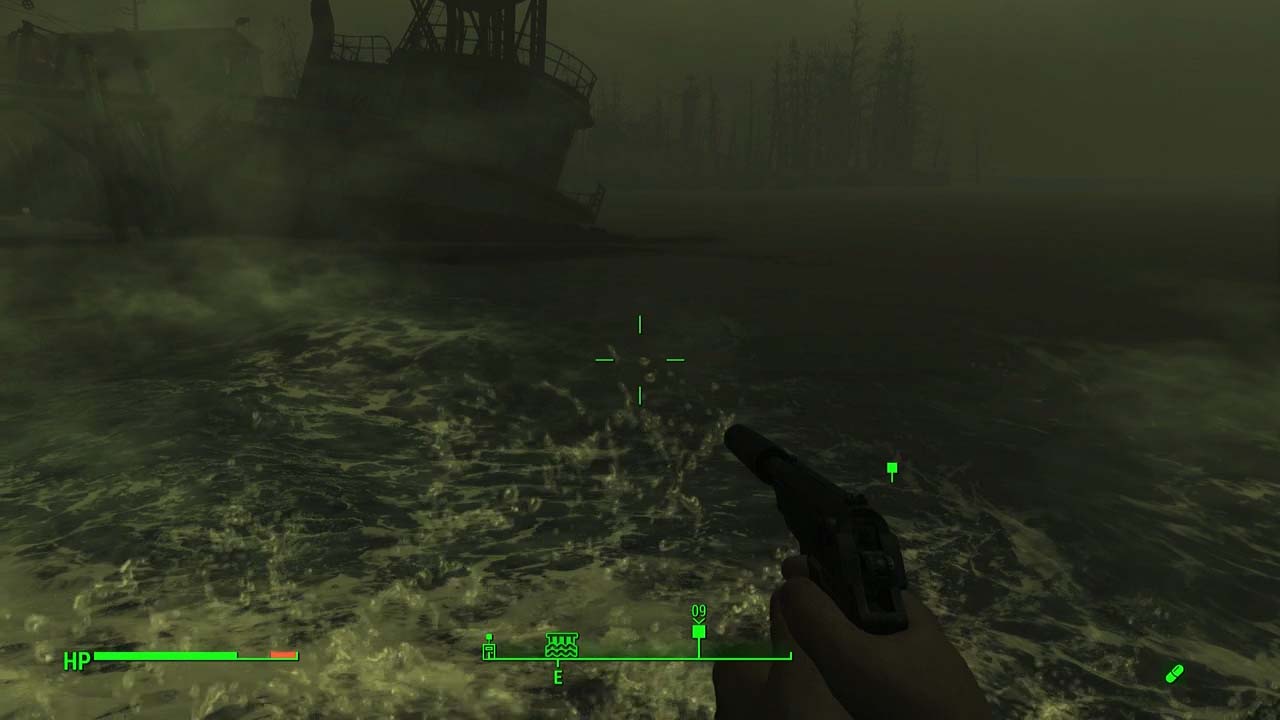 Head just west of the docks and prepare for a lot of Anglers. The launch key is in a safe on a sunken boat in front of a large shipwreck.

Launching without the High Confessor's permission

Launching with the High Confessor's permission 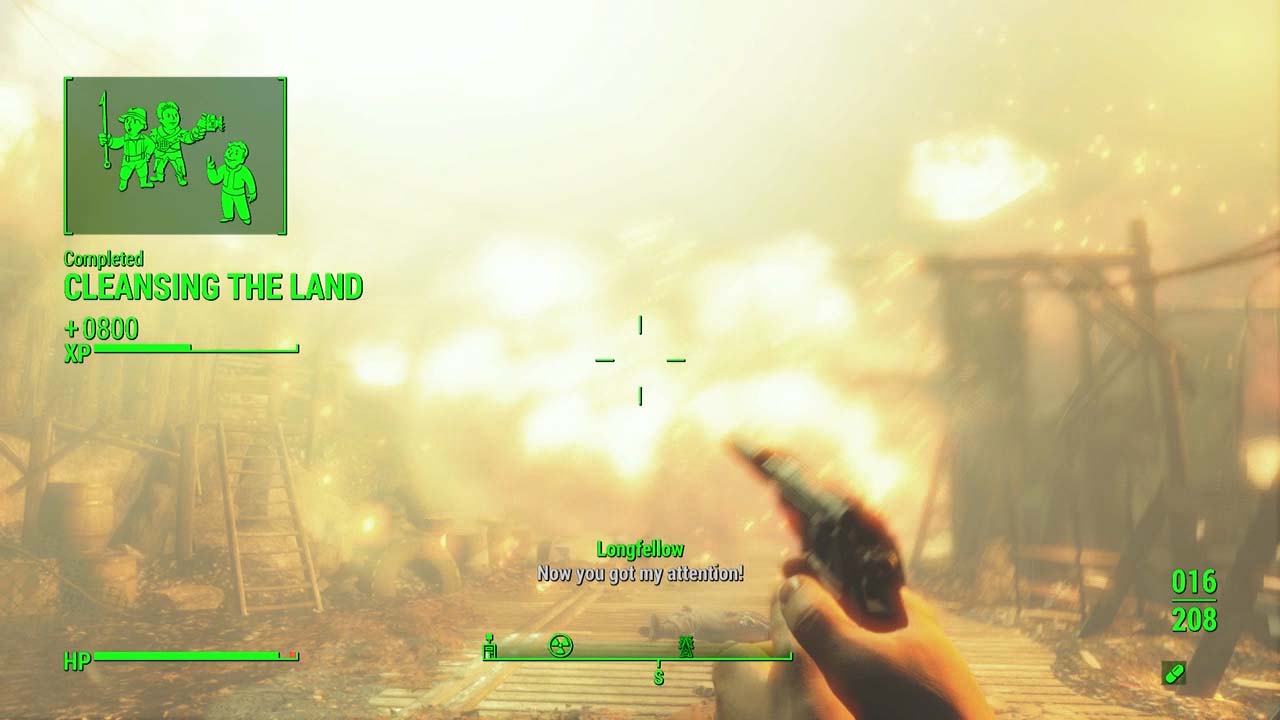 Convince the High Confessor that Atom sent you and the true path to The Division, to Him, is to launch the nuke. Use the launch terminal to start the countdown sequence and escape The Nucleus before the nuke detonates. Detonating the nuke with the High Confessor's permission will complete Cleansing the Land and fail Reformation. Additionally, you will receive the Far Harbor Survivalist perk, which grants you a bonus to all damage resistance types.

The second tool of destruction is the kill switch. It will stop the fog condensers so that the fog can overtake Fog Harbor. 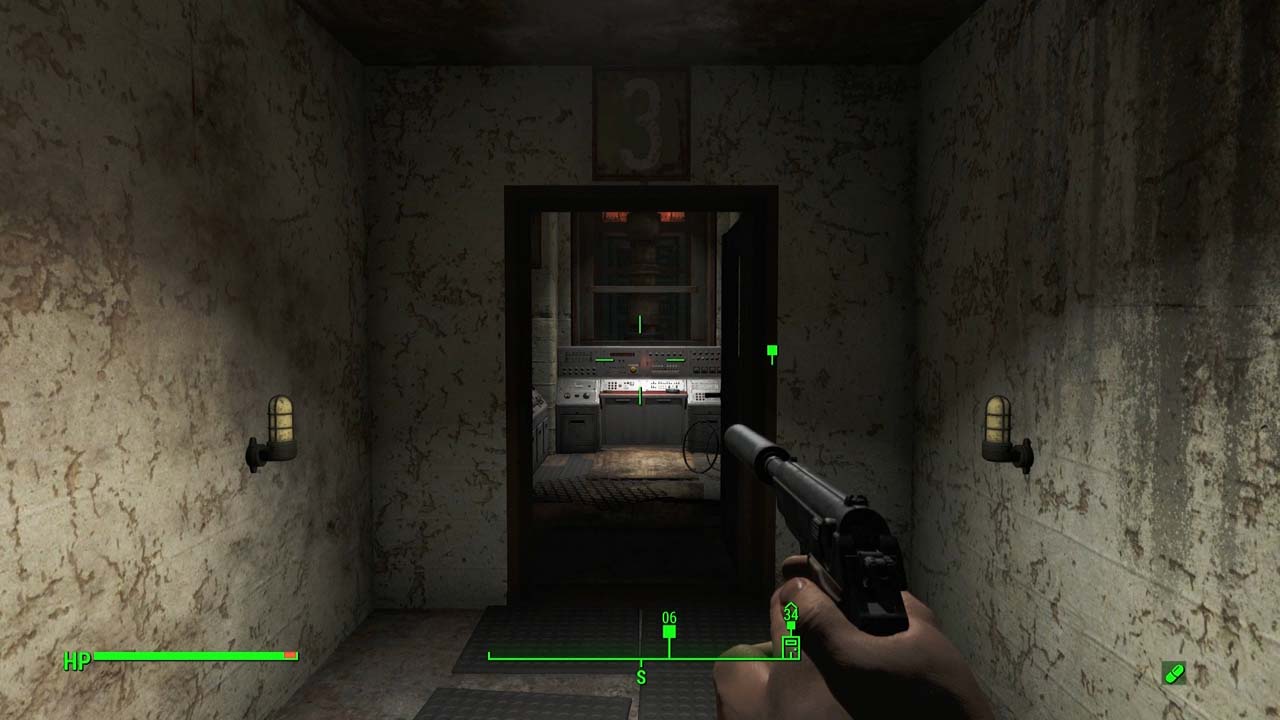 If you choose to the path to eliminate Far Harbor, travel to the Wind Farm Maintenance Shed. There will be a security door inside that you will have to restore power to. Search for the four industrial grade fuses in the area and plug them into the fuse box. Follow the waypoint indicator to Turbine 003. Fend off two Assaultrons and some turrets in the process. Use the Turbine 003 regulator terminal to run the kill switch program. Note that if Longfellow is your current companion, he will turn hostile.

Return to Far Harbor to witness the destruction of Far Harbor. Speak to the High Confessor after Far Harbor's demise and he will reward you with the Inquisitor of Atom perk, the title of Inquisitor and the Bulwark armor. Note that speaking to Avery in Far Harbor should you choose to destroy The Nucleus yields no rewards, only disappointment.

The Way Life Should Be