This will trigger while in DiMA's Secret Medical Facility. Use KYE to open the door to reveal more of DiMA's medical facility. A legendary gun, December's Child, is by the sink. The gun has a 25 percent faster fire rate and 15 percent faster reload. 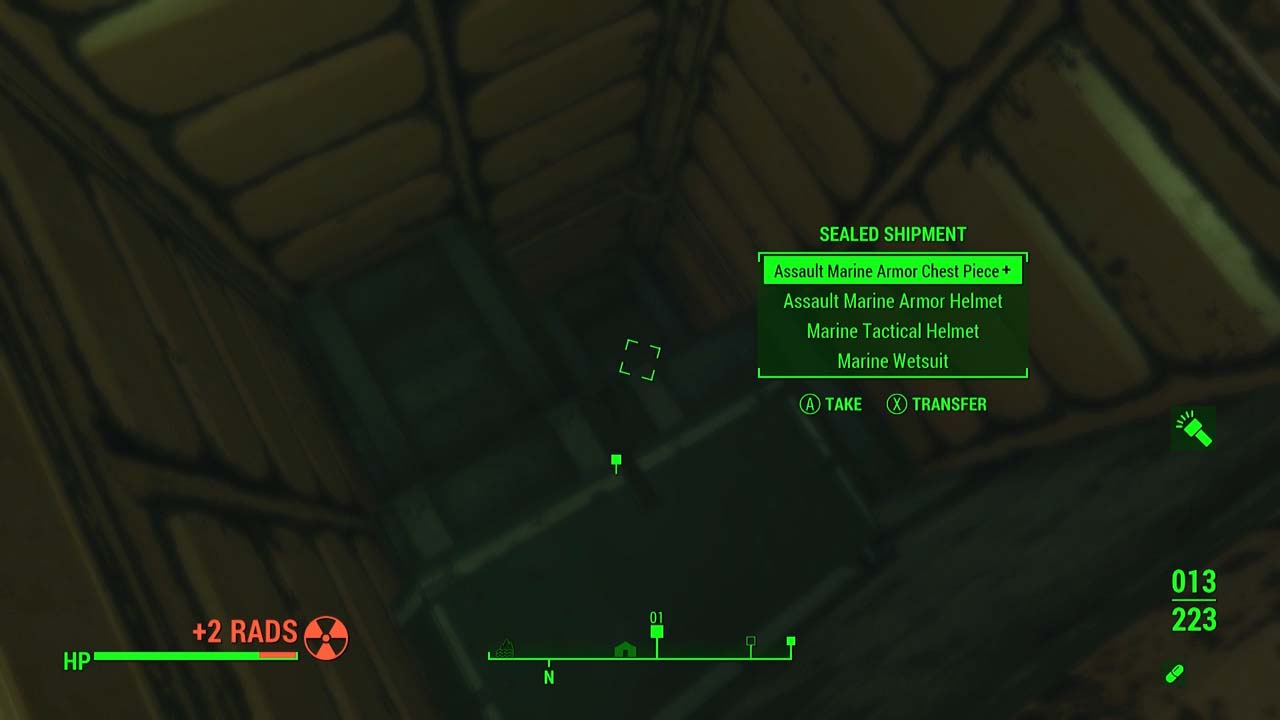 Retrieving Memory 0Y-8K7D during Best Left Forgotten will trigger this quest to find a set of advanced armor hidden across three locations. The Assault Marine Armor is the strongest armor set currently available.

Finding the chest piece and helmet 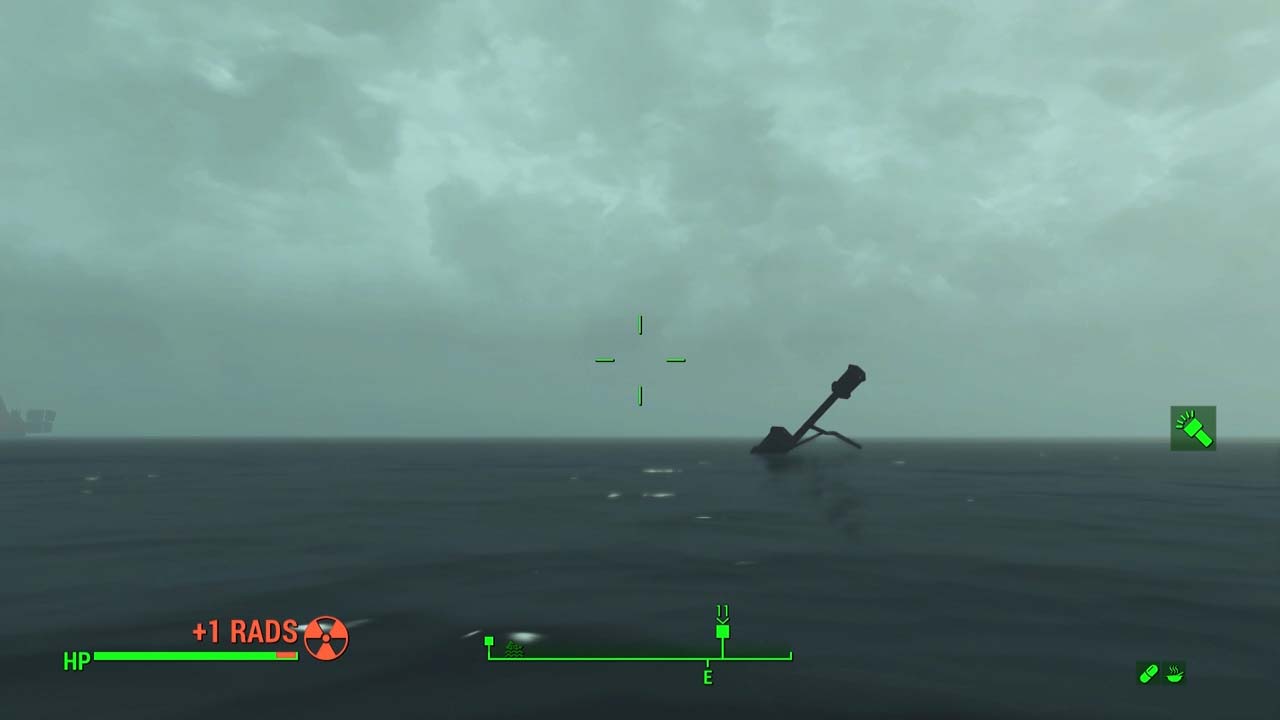 Finding the left and right arms 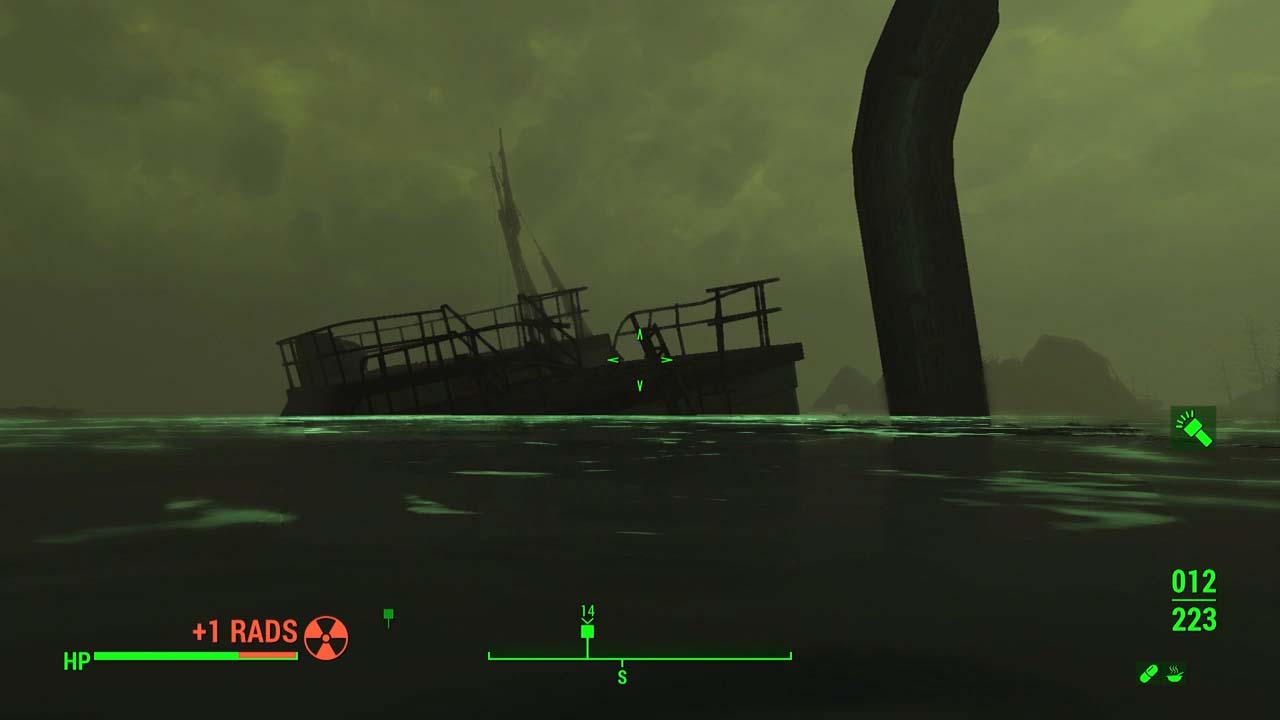 The second location is east of the Grand Harbor Hotel. Swim out into the water toward your waypoint indicator and use the mast of a ship as a visual cue for when to dive. Do so, and you'll find a sealed shipment on the rear of the ship with the Assault Marine Armor Left Arm and Assault Marine Armor Right Arm inside.

Finding the left and right legs 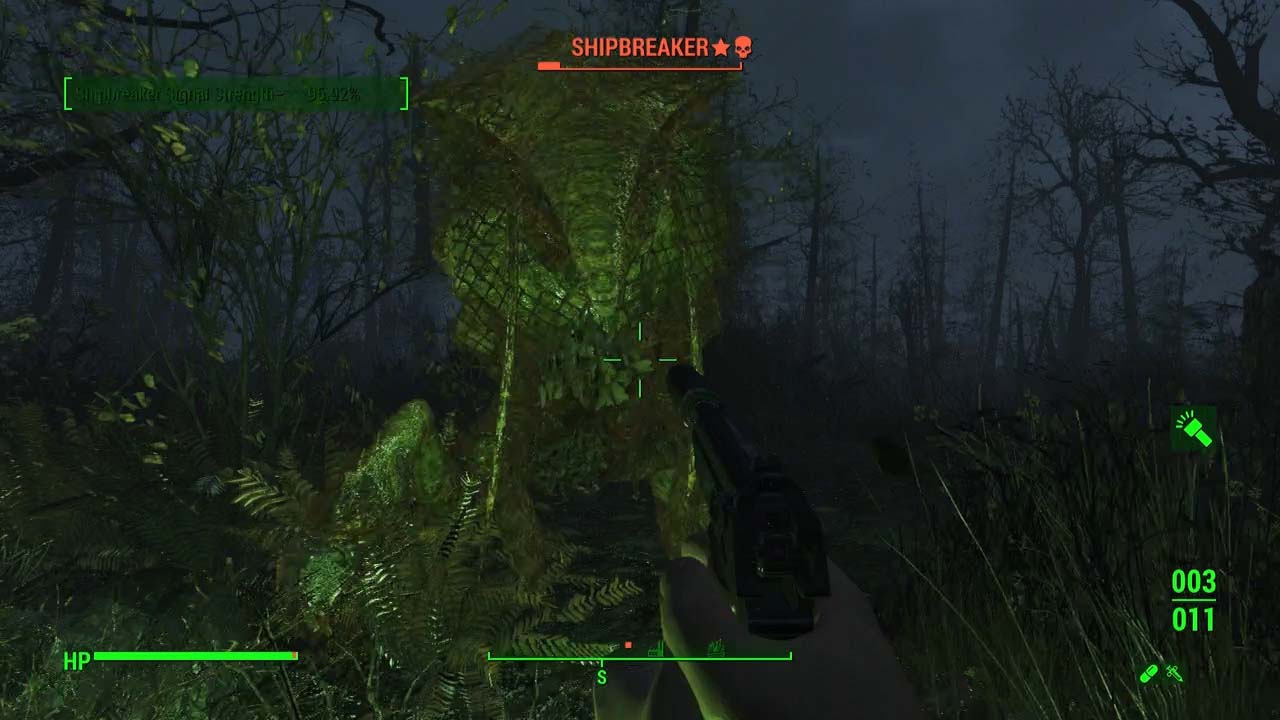 Travel to Echo Lake Lumber Mill after the Turn Back the Fog. Walk towards the conveyor belts to pick up Shipbreaker's radio frequency. Follow the frequency strength northeast until you see Shipbreaker. Kill Shipbreaker and find the Wounding Gauss Rifle, a gun where targets bleed for 25 points of additional damage, on its body.

Speak to Old Longfellow who has been hunting Shipbreaker for years and receive a weapon, Skipper's Last Stand. 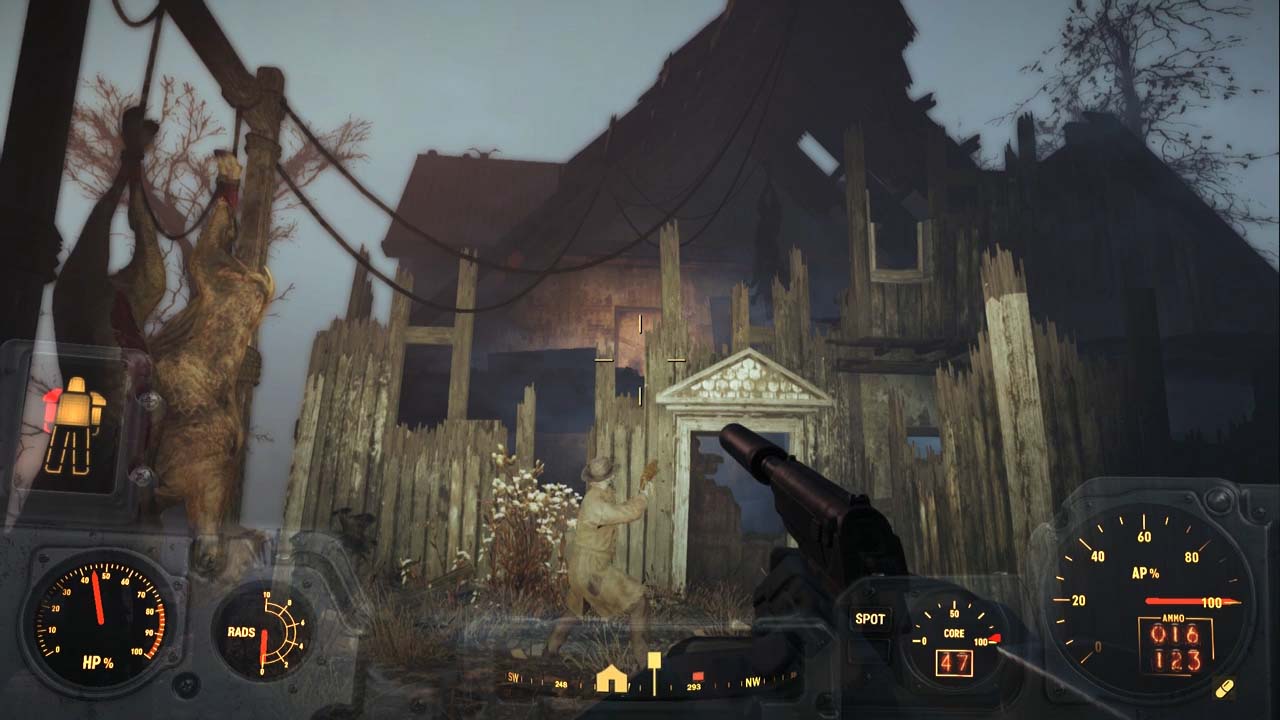 Help defend Dalton farm from a Trapper attack and then clear the Trapper in Rayburn point to complete this quest.

There will be a miscellaneous quest triggered for all three Commonwealth factions to tell them about the Synth Refuge. When you complete the main quest line, you have the option to confirm the existence of Acadia to each.

Head back to Advanced Systems inform William Mosley about Acadia. Exiting the Advanced Systems Room will trigger Forbidden Knowledge. Subdue the synths so that The Institute can reclaim them.

Travel back to Railroad HQ and inform Boxer about Acadia. Informing The Railroad first allows you to inform another faction.

Head to the prydwen to tell Kells about Acadia. Exiting the Prydwen will trigger Search and Destroy.