Max Payne is not well. He's had a hard life. It shows in his face, in his scars, and, most notably, in his gut. Compared to the idyllic body structure of Nathan Drake or Captain Price, Max is a veritable slob.

Just look at him: Ratty clothes, constant stubble. Maybe it's that flawed human aspect that makes him such a compelling character. In Max Payne 3, Rockstar has found a way to make you feel Max's every step, every bullet and every bone-crunching fall. It'd be painful if it wasn't so much fun.

The moment I picked up the controller inside Rockstar's New York City offices to play Max Payne 3 for the first time, I knew that this new Max was not the gaunt NYPD cop of years past. In the original Max Payne, he looked around five foot ten, 160 pounds. This time around he's probably pushing 230 on a good day, and every pound is felt in every move.

That's not to say he's slow. Max is surprisingly spry when he needs to be, vaulting over desks and sliding into cover in situations of dire circumstance. But, more often than not, it feels like he moves with steady purpose. With heft. It's like you can sense that bulk and it makes you, the player, feel more powerful because of it.

"I WOULDN'T EVEN KNOW HOW TO DESCRIBE THE LENGTHS THAT WE GO TO MAKE IT LOOK REAL..."

As a point of comparison, watch Die Hard: With A Vengeance. (I wouldn't subject you to Die Hard 4.) Bruce Willis was 40 when that movie was made. It plays into the part. For much of the movie he's battling a wicked hangover. He's not doing backflips or sprinting marathons. He's just a guy that's starting to get older. And yet, when he needs to be, he's still capable of putting the hurt on Jeremy Irons. Max Payne is the same way. Sometimes the wrong guy in the wrong situation is just what you need.

I spoke with Jeronimo Barrera, the VP of development for Rockstar, about the process of making Max move as realistically as possible. 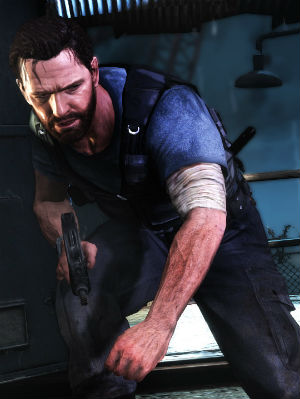 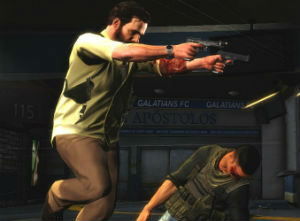 "I wouldn't even know how to describe the lengths that we go to make it look real," said Barrera. "Things like the weapons that you're carrying come into play in those mechanics. Like holding a shotgun in one hand and a pistol in the other, going left to right is completely different when you have just a pistol or when you're dual wielding or when you're just carrying a shotgun. Each one of those is a separate set of its own unique animations. Max literally has thousands of animations that blend between themselves ... If you shoot while carrying a pistol with a rifle in the other hand and you crash into a wall, then the system has to take over and make sure that's clean." 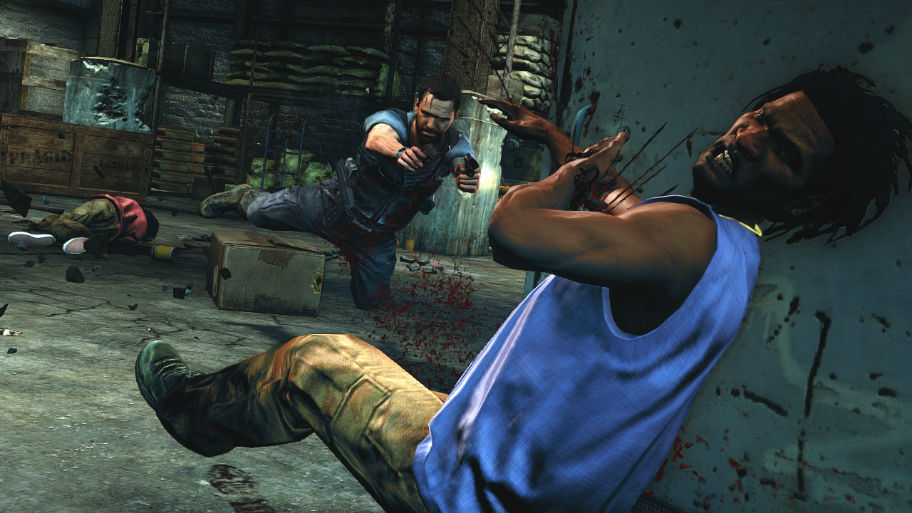 But it's not just for looks. These weighty, believable movements are intertwined with how the game plays. I'll freely admit that I abused the slow-motion dodge in the first game. I wasn't much for tactics. I'd dive right into the middle of a busy room, take out as many guys as possible before hitting the ground. At that point, Max would pull off a fancy flip to his feet, ready to take another dive.

That doesn't happen in Max Payne 3. Hitting the ground after a slow-motion dive leaves you stranded there for a few seconds. Guess what? That's what would happen. Try diving on the grass sometime and see how long it takes you to get back to your feet. Now add in the fact that you're a 230 pound, middle-aged man with pistols in both hands. Good luck trying to do much of anything.

Max is just slightly more trained than you are so, after falling to prone position from a dive, he can still shoot guys and even rotate on his shoulders to aim in all directions. Still, he's pretty much stationary on the ground and in Max Payne 3, stationary means death.

"You want to keep the game challenging," Barrerra said. "And you want to give the player enough tools and fun things to do to get around those challenges, but we also wanted it to be realistic. If you shoot dodge into a room and you don't kill anybody, and you end up sliding at the feet of a bad guy, he's going to shoot you from point blank range. That's pretty much that."

"IF YOU SHOOT DODGE INTO A ROOM AND...YOU END UP SLIDING AT THE FEET OF A BAD GUY, HE'S GOING TO SHOOT YOU FROM POINT BLANK RANGE. THAT'S PRETTY MUCH THAT." 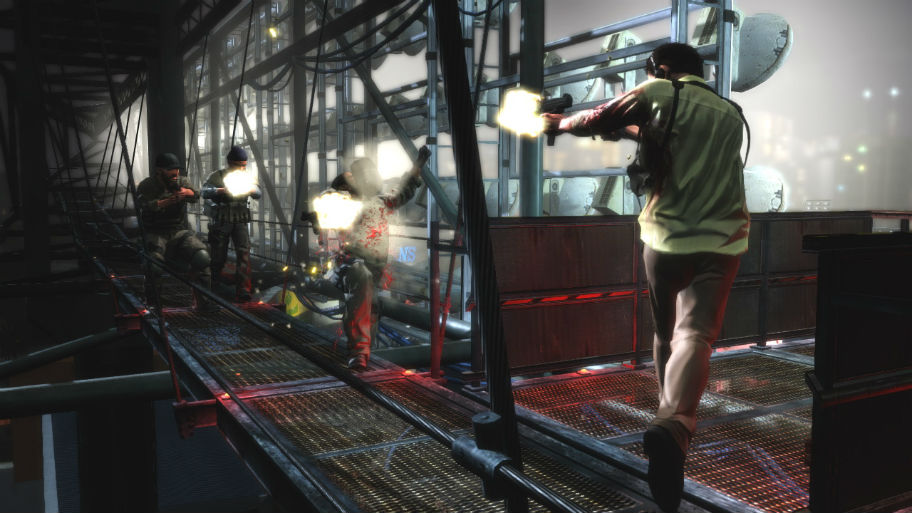 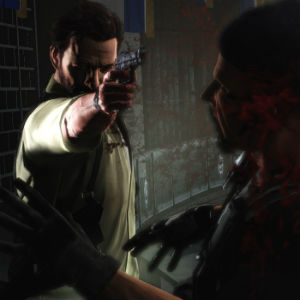 MAX PAYNE 3 DOESN'T FORGET. IT BASKS IN THE GLOW OF MAX'S HUMANITY, WARTS AND ALL.

TIt's this drive for realism that leaves every moment of Max Payne 3 feeling unlike any other shooter I've played. Gears of War might have heavy protagonists, laden with sci-fi armor, but no one can really relate to the way Marcus Fenix moves through the world. He's practically a tank. Max, on the other hand, could just as easily strut down Broadway with a bottle of hooch in a brown paper bag as he could slide around a corner and pop two guys with headshots. He's just a guy, after all.

That was made clear to me when, trying to be ultra-fancy, I took a running dive down a flight of steps in a South American soccer stadium while surrounded by gun-toting mercs. Mid-way through the dive, Max's adrenaline (what powers his signature bullet time), ran out and he came tumbling to earth in a flailing mess. It was a veritable disaster, and the Rockstar representatives watching me play were slightly horrified.

I was thrilled. I had never seen such a realistic tumble down a flight of steps in a video game before. Hell, it felt like I had slipped. My back ached just watching it. Max didn't die, but he was worse for wear, clutching his own back. We bonded over our mutual anguish.

Maybe that's what's missing from shooters these days. They're so gun obsessed that they often forget there's someone behind that gun, just trying to cope with the recoil and the circumstances happening around him.

Max Payne 3 doesn't forget. It basks in the glow of Max's humanity, warts and all.