Game retailers have spent recent years on shaky ground. With the rise of digital distribution and publishers undercutting the used game market, is that ground about to crumble?

Sydney, Australia's George Street is one of the busiest roads in the city. Lined with closely-packed shops, it receives a constant barrage of foot traffic; people are busy, no one has the patience to wait. So when one of Australia's largest game retailers, Dick Smith Electronics, held a gaming sale so big it drew lines stretching down the popular road, everyone noticed.

The sale was a bargain that was almost too good to be true for shoppers, but it also marked a move away from video game sales for the Australian chain, echoing a looming shift for game retailers around the world.

Retail chains from the UK's GAME to the US' GameStop are finding it increasingly difficult to succeed in a retail landscape that is becoming more reliant on online sales. According to its fourth quarter earnings conference call for 2011, the world's largest game retailer, GameStop, reduced its store footprint in the US by 1 percent over the last two years and exited Northern Ireland and Portugal due to underperforming stores. Its European Micromania chain failed to meet its initial forecast, costing GameStop $37.8 million. The appeal of shopping at a brick-and-mortar gaming store is fading and retailers are responding.

When Polygon reached Dick Smith for comment, a spokesperson said the massive stock clearance was not because they are getting out of the video game business ... at least, not completely.

"Dick Smith will continue to sell gaming products," the spokesperson said. "Following a business review, going forward we will have a very core range of titles and have much tighter purchasing strategies."

Dick Smith declined to say how limited their gaming stock will be.

THE MASSIVE STOCK CLEARANCE ISN'T BECAUSE THEY ARE GETTING OUT OF THE VIDEO GAME BUSINESS ... AT LEAST, NOT COMPLETELY.

The sale and focus on a "tighter purchasing strategy" follows the January announcement that Dick Smith's parent company, the grocery giant Woolworths, is looking to sell the electronics retailer. Its fellow game retailer, GAME Australia, is also looking for a buyer.

Jared Stanfield, a specialist in corporate finance and mergers and acquisitions at the University of New South Wales calls the move "profitable pruning".

"In an economic downturn, companies want to focus on what they're actually good at," he said.

"Each company needs to ask itself: where do I add value? Woolworths would have asked themselves: by owning Dick Smith, do we have some special knowledge that allows us to add more value, or are we better off selling it to someone more specialized?

"With recent market downturn, it seems like Woolworths is simply wanting to 'trim the fat' so to speak and focus on its liquor and grocery store business."

The fat du jour that retailers are trimming appears to be video games. It's not that games aren't selling - they're just not selling as well as they used to in traditional stores.

"There's been a real change in the landscape of gaming retailers - especially with the rise of online content - the value of these brick-and-mortar stores has gone down," Stanfield says.

"In the United States you have big retailers like Best Buy and GameStop running into the same thing - you have high fixed overhead costs such as leases and a lot of stores, and more and more people are purchasing things online."

Stanfield says that even the used game market, which was a strong point within game retailers, has weakened, with publishers forcing players to use codes that they need to purchase if they want to play online. This undercutting of the used games market is a huge blow to game retailers.

"It wasn't that they were doing something wrong all along - it's just things have changed and in order to survive they need to make adjustments," says Stanfield. 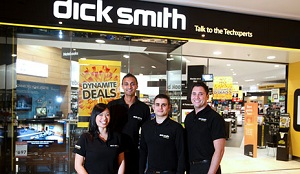 It's not all doom and gloom

In the UK, the specialist gaming retailer GAME was driven into administration after experiencing high debt levels and unprofitable stores. A last-minute purchase by OpCapita brought the retailer out of administration. It is now working towards becoming a more efficient, smaller company, its overseas branches are up for sale.

GAME Australia remains fully operational despite the struggles of GAME in the UK. Paul Yardley, managing director of GAME Australia, says that while the industry is undergoing changes, there will always be room for gaming stores.

"Specialist retailers are critical to the success of the games market," he tells Polygon.

"They allow consumers to access the breadth and depth of range of physical and digital product, the ability to get hands-on with new technologies, and crucially the advice to understand what's right for them."

DESPITE SHUTTING DOWN STORES AROUND THE WORLD, GAME SAYS THEY'RE NOT GOING ANYWHERE IN AUSTRALIA. 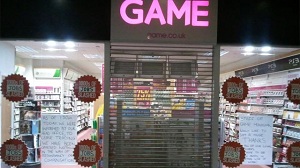 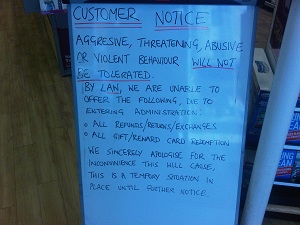 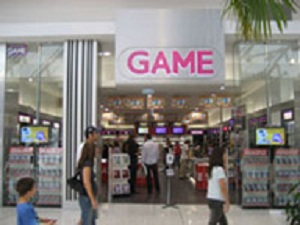 "An established specialist is really well-placed to capitalize on that digital spend," he says.

"GAME in Australia is already a big player online with sales of physical product - we believe the key to success is linking the online channel and stores really effectively.

"That means going big on things like ‘endless aisle' where a store customer can order and pay for any online item and have it delivered to their home, or ‘click and collect' where customers can browse your website and pick it up from a store."

Safeguarding the future of retail

In the US, GameStop increased its digital offerings in its online store, creating a hybrid approach. The company is now progressing towards a goal of $1.5 billion in digital receipts by 2014.

As GameStop moves to close its unprofitable stores in Portugal and 27 underperforming stores in Spain, it is making strides in the digital market and continues to grow.

According to Stanfield, now is the time for stores like GAME and Dick Smith Electronics to act to ensure that they also stay around in the years to come too.

He says that retailers need to offer something online competitors cannot, whether this be in-store services, staff advice, or an opportunity speak to another human about games. 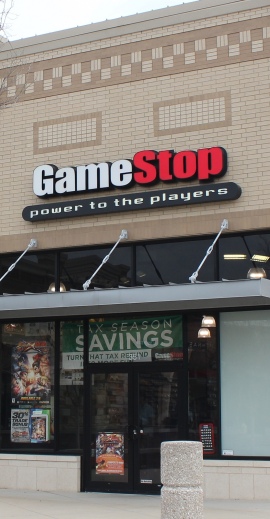 "Think about the amount of specialization that goes into that. All they're selling is Apple products and people feel if you go to an Apple Store you're going to get more specialized responses regarding Apple products than going into Dick Smith.

"People are highly brand loyal to Apple where they are willing to pay more for Apple products. Unlike Apple, GAME doesn't produce the majority of its products and faces much more competition. This gives them less flexibility to compete in this changing market."

While retailers like GAME and Dick Smith may not be placed to specialize to the extent of Apple, they need to separate themselves from competitors and give shoppers a reason to buy from them in a similar way that Apple creates incentives for people to shop in their stores. Yardley says that can be done by hiring passionate and knowledgeable staff and managing digital products as carefully as they do physical ones.

VIDEO GAME RETAILERS SHOULD LOOK TO APPLE FOR HOW TO CREATE STORES GAMERS WILL WANT TO VISIT.

Whatever retailers like GAME, Dick Smith, GameStop and Best Buy choose to do, Stanfield believes that all game retailers need to adapt to the changing industry or they will be left behind.

"I think if all the GAME stores just stayed around and didn't change, none of them closed and the industry totally changed where most of the content coming along is online, that would not be good for the industry. They would go bankrupt," Stanfield says.

"They have to change. I think there's a place for human interaction, but they really need to focus on how they can add value, because if you can't add value, you really shouldn't be in business."