The North American launch of the PlayStation Vita we recently reviewed is almost here. If you pre-ordered the expensive bundle, you'll be getting it this week, but for everyone else, the magic starts on February 22nd. While our friends at The Verge have gone into exhaustive detail regarding the Vita as a piece of consumer hardware, we're here to talk about the Vita's reason for being: play.

Below, we discuss the games we think every Vita owner should play. Next, we discuss what we think the rest of the year holds for the Vita, and when we expect to learn more about 2012 and beyond for the system.

We'll also discuss the memory card situation on the Vita, and give you the information you need to decide exactly how much cash you'll need to lay down to support your Vita habit. And finally, we consider the Vita launch and whether it's the leap that Sony promised when it was first announced.

Games you should check out

THERE ARE 22 RETAIL TITLES AND SEVERAL PSN-ONLY VITA LAUNCH TITLES. THESE ARE THE GAMES WE THINK YOU ABSOLUTELY NEED TO GET, BORROW, RENT — WHATEVER

It shouldn't be that surprising that the best example of the sheer technical prowess on the new PlayStation portable device is anUncharted game, but Golden Abyss marks the first adventure in Nathan Drake's calamity-filled world developed outside of series originators Naughty Dog. Still, Oregon-based Sony Bend has created a game that sits comfortably next to its PS3 predecessors. While the sheer bombast has been toned down from the insanity of Uncharted 3, several of Vox Games' editors feel Uncharted: Golden Abyss is a better playing experience. We could live without some of the touch controls, though.

In a frighteningly similar turn of events, Sony's new handheld is once again launching with the first new, proper WipeOut game in years. WhileWipeOut 2048 is set decades before the firstWipeOut title on the original PlayStation, it ranks up there as one of the prettiest and most sophisticated in the series. The motion control falls a little flat compared to its PS3 cousin, and the 30 frames per second is half of what some diehard WipeOut fans demand, but for everyone else, WipeOut 2048 is a fantastic arcade racer with a ton of depth and content - and a great soundtrack and sound design to show of the Vita's audio capabilities.

Much like WipeOut 2048, Lumines: Electronic Symphony gives off a heavy sense of deja vu to the PlayStation faithful. The original Luminespractically defined the PSP when it launched back in 2005 (in North America) with its striking visuals and great music. Lumines: Electronic Symphony adds touch controls, a new power-up and character system, and online leaderboards integrated with PSN, but it's not radically changing the landscape of what players expect from Lumines. Instead,Lumines: Electronic Symphony is the prettiest the series has ever been, with the best, most relevant soundtrack to ever feature in aLumines title. Just don't play it on a bus, unless you don't mind missing your stop.

Twin-stick shooters are very 2005, but Super Stardust HD was one of the first great PSN titles during the PlayStation 3's launch window. Now the Vita gets its own version with Super Stardust Delta, and nothing seems to have been lost in translation. It's fast, it's fun, it's gorgeous, and it's cheap - comparatively anyway. At 10 bucks, it's the kind of experience we've come to expect from portable titles in the post-iOS era, and out of all of our recommendations, it's the one most conducive to quick, pick-up-and-play sessions - one of the main things we look for in portable games.

SURE, THE LAUNCH IS BIG. WHAT COMES NEXT?

Sony has managed to put together a huge launch for the Vita from a software perspective, with several great, system-selling titles on deck for North America. Things get a little blurrier for the rest of the 2012.

In the short term, there are still "launch window" titles coming out on the 21st, including Ridge Racer and Army Corps of Hell.After February 21st, there are a number of ports coming, including Mortal Kombat and a new version of Persona 4.

Meanwhile, there are PSN titles to fill the gaps in some manner, including the great, striking Sound Shapes, and the quirky, gorgeous Escape Plan. These are a good sign of a strong stable of smaller, more accessible download-only titles for the Vita.

March sees a number multi-platform releases on the Vita, including Street Fighter X Tekken, which includes the same exclusive characters as the PlayStation 3 release. The catch: it comes out on March 31st, according to Amazon.

WE'RE NOT SAYING THERE ARE NO GAMES COMING. BUT THINGS ARE UNCHARACTERISTICALLY MURKY FOR THE REST OF 2012

The question is whether this will be the standard moving forward on the Vita, with major multiplatform releases shipping late on Sony's new uber-portable.

This is in question because once March arrives, we don't know much else about the Vita's software lineup. This is fairly standard for a new console launch. There's always a post-launch lull.

The good news is, we're right on the cusp of 2012's Game Developer's Conference, which Sony has consistently used as a springboard for product announcements. Once GDC's announcements are out of the way, we're not far away from E3, where Sony is sure to place a heavy focus on Vita.

At least, we hope so. When consoles have launched in the past, there have been prominent, announced, demonstrated titles loosely slated for the following fall and holiday. This helps ramp up anticipation and build advanced demand for the hardware to compensate for the barren months post-launch. With Vita, things are less clear. There's Resistance: Burning Skies and... we're not sure of much else (and even Resistance isn't a lock for fall). We're not saying there are no games coming. But things are uncharacteristically murky, especially for Sony, who have made the PlayStation platform the "Home of the Exclusive" for years now. There are bound to be tons of mult-platform releases for the Vita, with its console capabilities, but the PSP demonstrated that Sony needs a steady stream of portable-friendly, platform-specific releases.

THE VITA IS GOING TO GET PLENTY OF MULTI-PLATFORM RELEASES -- WE JUST HOPE THE DELAY ISN'T TOO LONG. 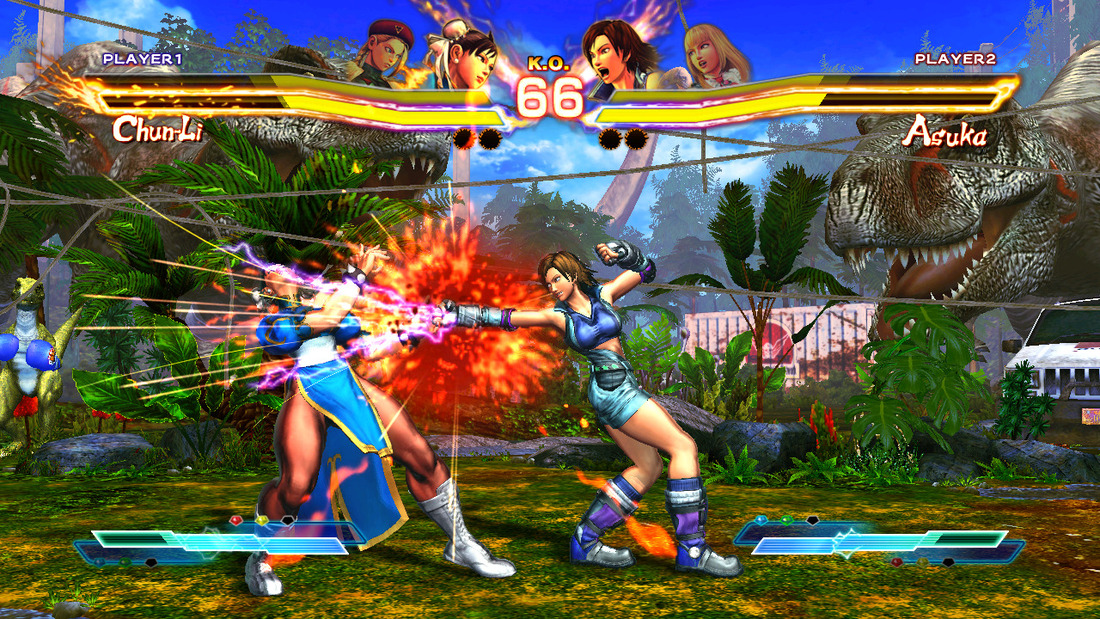 The other stuff you need

IF YOU WANT TO LIVE IN AN ALL-DIGITAL, ALL-DOWNLOAD FUTURE, IT'S GOING TO COST YOU

Thankfully, Sony lowered the prices of their memory cards for the North American Vita launch to something resembling, well, if not reasonable, then somewhere below obscene. It doesn't matter how you feel about the memory card pricing. It is what it is, and put simply, you'll need one. While PlayStation Vita game cards can theoretically hold save data, Sony has more or less stated that a memory card is required. Of the 14 retail Vita titles on my desk right this second, only two don't require a memory card: Asphalt Injection and Dungeon Hunter Alliance, the Ubisoft-published Gameloft titles.

So you'll be needing a memory card then.

Just to be clear, the 3G PlayStation Vita launch bundle includes an 8GB memory card in the box. Meanwhile, the appropriately named First Edition Bundle includes a 4GB memory card. If you're picking up the cheaper WiFi-only bundle, you'll need to make some decisions about how you'll be consuming games on your Vita.

If you plan on buying all of your Vita games at retail on physical media, then a 4GB card should be adequate for your needs. That's enough for game saves, which typically take around 4-10 MB (though some games take more - MLB: The Show 12 eats up 160 MB of space), and a few PSN-only titles, and you're getting out of the store with a reasonably sized $20 hole in your wallet. 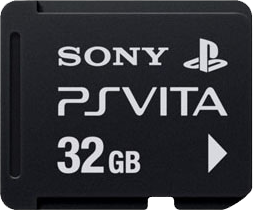 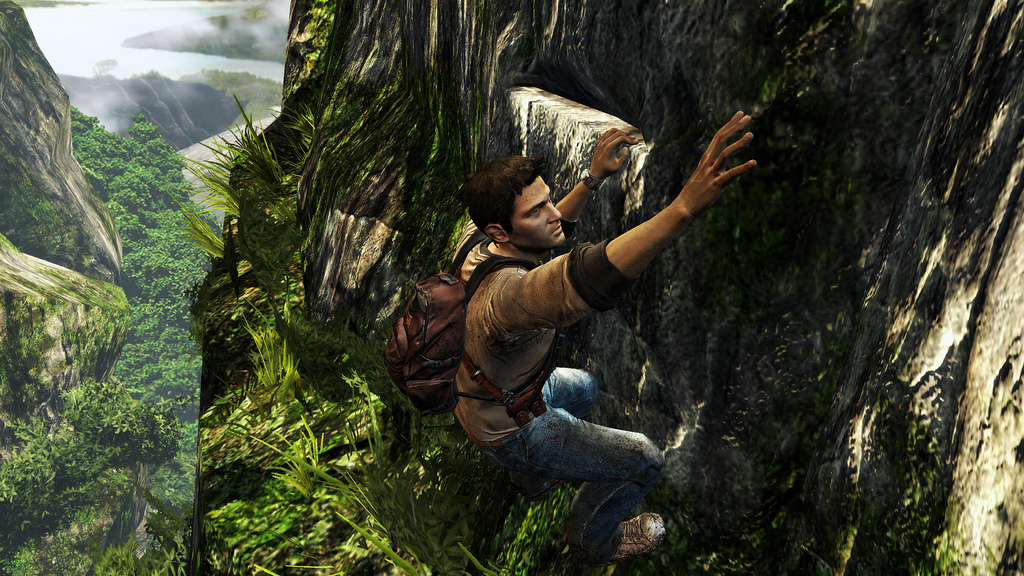 However, if you plan on going all digital, all-the-time with your Vita, then you've got some harder choices ahead of you. The good news is downloadable versions of Vita titles feature a ten percent discount over MSRP. The bad news: retailers like Amazon routinely discount software, and it's hard to predict if Sony will be of a price-matching mind.

You'll also need to pick up a memory card large enough to store those full-sized retail experiences. The biggest of the launch bunch, Uncharted: Golden Abyss, occupies almost 4 gigabytes of space on your memory card. That's out of the practical reach of that reasonably priced 4GB memory card, and sits on half of the still-sort-of-reasonable 8GB card that comes gratis with the 3G Launch Bundle. If you want to be on the cutting edge of digital distribution, then you're looking at $59.99 for the 16GB card, or a hilarious $99.99 for 32GB.

No one said new console launches were cheap. If you're not sure what your preference will lean toward in the long-term, then go for the 8GB card. Vita game cards are tiny,you can buy more memory cards, and prices on the storage media are bound to come down over time.

After a couple of weeks with our Vita review units, we'd also recommend a carrying case or solution of some kind. The Vita is a beautifully constructed fingerprint and scratch magnet, and you'll be very sad if that touch screen gets a nick in it. Decent earbuds or headphones will also do you right, given how great the Vita sounds.

Our thoughts on the launch

IT'S HARD TO PREDICT THE VITA'S LONG-TERM PROSPECTS, BUT SONY HAS A HELL OF AN UPHILL CLIMB AHEAD

Let's just get it out of the way: it's weird that the Vita is being released in February. The staggered release of different SKUs and pre-order kits is strange. And the two month gap between the Japanese Vita launch and the system's debut in North America has thrown off the hype cycle for Sony's new portable.

It's clear that the Vita is struggling in Japan, with a precipitous drop in sales between launch and the weeks after. The Vita's fortunes in North America could vary wildly, but many of the same issues are present. In many ways, the PlayStation Vita is a product created from lessons learned from the PlayStation 3's launch and early stumbles, and it treads on ground the PSP found problematic. It's irresponsible to make any sort of conclusive declaration of the Vita's chances here in North America, but Sony has a hell of an uphill climb ahead of it.

All that said, the Vita launch feels like a strong opening shot from Sony. The launch line-up here is very strong, with several titles jockeying for flagship status. The hardware looks and feels great, and it seems like everything is living up to the promises that Sony made back at its so-called "PlayStation Meeting" in early 2011 when it debuted the Vita as the NGP. The PlayStation Vita feels like a next-generation portable. It's exciting to hold and use. While its best games aren't necessarily designed around the realities of on-the-go gaming, they look great, they sound great, and they don't feel compromised or limited. It's a whole new paradigm.

We can't recommend or discourage purchase of a Vita based on its long-term prospects. It's a brave new world, and we'll see if the Vita has what it takes to achieve the sort of consistent software support and longevity that largely eluded the PSP. But there's more than enough good software for the PS Vita now and in the near-future to justify picking one up. Judged solely as a gaming platform, portable or otherwise, the Vita is off to a great start.