Share All sharing options for: Looking back: Gone Home

After working on big budget titles including BioShock Infinite, Steve Gaynor reunited with some friends to create The Fullbright Company and develop Gone Home, one of this year's most critically acclaimed independent games.

There's this house in Northeast Portland. A green Cape Cod, with moss on the roof and a hammock in the backyard. The kind of place where you want to raise a family, maybe retire to, if the Pacific Northwest is your thing.

If you're attentive, you'll see the cats, Delicious and Adventurous, peering through a window as a guy with dreadlocks, held in place by a folded bandana, leaves on his bike. Later, you might see the rest of the residents returning from the local Hollywood Theater, famous for its atmosphere, pizza and beer.

Excerpt from "Meet me in Portland: The Fullbright Company's journey home." 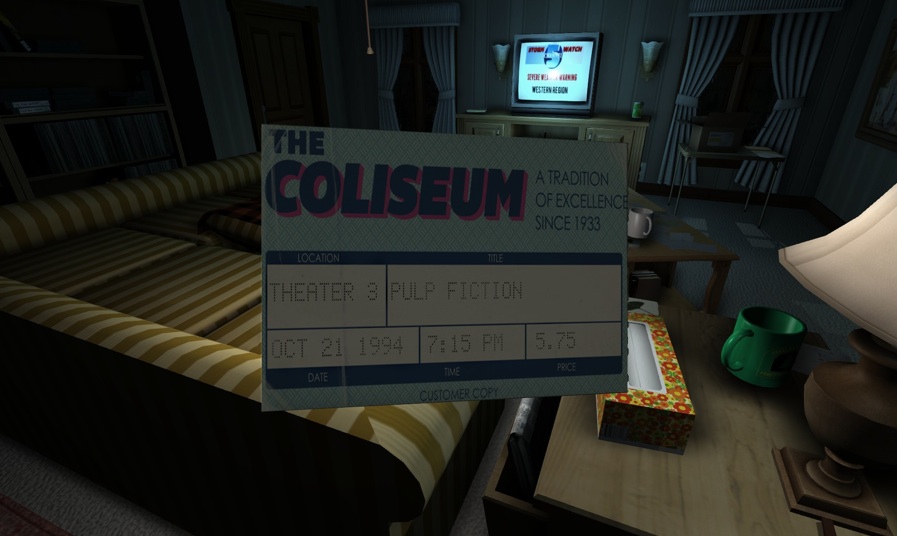 Earlier this year we published "Meet me in Portland: The Fullbright Company's journey home." Freelancer Mike Mahardy wrote about how the team formed and its desires to work like a family.

When the game released, Polygon's Danielle Riendeau scored it a 10.

Then just days ago, we learned that independent developer Seth Macy is remaking Gone Home in the style of a 16-bit Japanese role-playing game. After that news broke, Polygon spoke to Gaynor who said he was as surprised as we were.

"It looks pretty rad! The team did a quick 'we think this is awesome, right?' email and then gave him the go-ahead. It's really cool to see the house interpreted through a classic 16-bit RPG lens and we can't wait to see how it turns out."

Read the full story: Meet me in Portland: The Fullbright Company's journey home