Share All sharing options for: Looking back: Kentucky Route Zero

According to the official site from developer Cardboard Computer, "Kentucky Route Zero is a magical realist adventure game about a secret highway in the caves beneath Kentucky, and the mysterious folks who travel it." We tend to agree.

Bright light filters in from the wide front windows of the Emporium Arcade Bar in Chicago's Wicker Park neighborhood. Jake Elliott and Tamas Kemenczy, the two halves of indie developer Cardboard Computer, sit next to each other, each nursing a pint full of dark beer. The pair are silhouetted by a late snow stuck to the street outside, itself busily reflecting the soft box of a grey sky.

In a few weeks they'll go on to win their first Independent Games Festival award, for Excellence in Visual Art. But today they're in their hometown, at their favorite bar, taking time from their full-time jobs to discuss their after-hours passion, a game that has changed considerably since it was first conceived. And while the style of their game is stunning, it's the story behind these artists and behind their latest piece, Kentucky Route Zero, that deserves telling.

As one of their characters tells every player that sits down to play that game, "It's time to start paying attention."

Excerpt from "Breathe in the road: Cardboard Computer and Kentucky Route Zero." 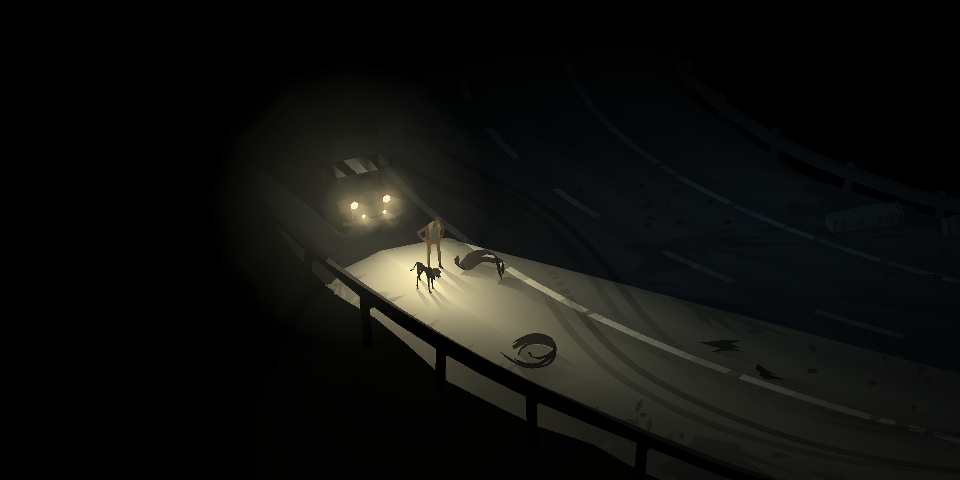 Earlier this year we published "Breathe in the road: Cardboard Computer and Kentucky Route Zero." Polygon's Charlie Hall spent quality time with the game's developers in Chicago, learning about their roots and how they came about making a stylish adventure game based around a highway. Cardboard's Jake Elliott:

"My girlfriend and I stopped at this gas station. It was like a gas station but, like, the family who ran it also lived there. So there's a place set up for their kids to play. ... People were buying T-shirts and underwear there. I just got a sense of so much ... social depth in this gas station space."

With the game's first two acts now available, and another three on the way "throughout the next year or so" according to its official website, Kentucky Route Zero has earned widespread critical acclaim. In a recent episode of Polygon's Friends List, Hall and Editor-at-Large Chris Plante even discussed its merits as a game of the year contender.

She-Hulk’s top rival is her most toxic fan

Dead Island 2 is back?