Deadly Premonition director Hidetaka Suehiro is in his final batch of a long day of meetings when he's offered a Sinner's Sandwich.

Like a more obscure Shigeru Miyamoto or Ken Levine, Suehiro (aka Swery65, aka Swery) has done his share of taking pictures with fans and autographing game boxes on his latest trip to America to promote the upcoming director's cut re-release of his cult classic, Deadly Premonition. But the sandwich is something new.

It comes from one of Deadly Premonition's utterly bizarre yet infectiously memorable scenes. Halfway through the game, FBI agent Francis York Morgan — just call him York; everybody does — witnesses a mystifying lunchtime ritual. The eccentric, wheelchair-bound Harry Stewart — one of the key suspects in the game's murder mystery — orders a sandwich consisting of turkey, strawberry jam and cereal stuffed between two pieces of bread.

"Sounds like the Sinner's Sandwich," York speculates. "Self-inflicted punishment to atone for past sins." Then he takes a bite and jumps back from his chair in surprise. "This is ... fantastic! It's really good!"

It's a weird scene in a weird game, and it inspires a weird fandom. In this case, the fan is with the press; Casey Scheld is a senior reviews editor at Gamers Heroes, and he says he made the sandwich so that he could "stand out."

"This is something I haven't seen before," Scheld says, recalling his first encounter with Deadly Premonition. "It's just so different." 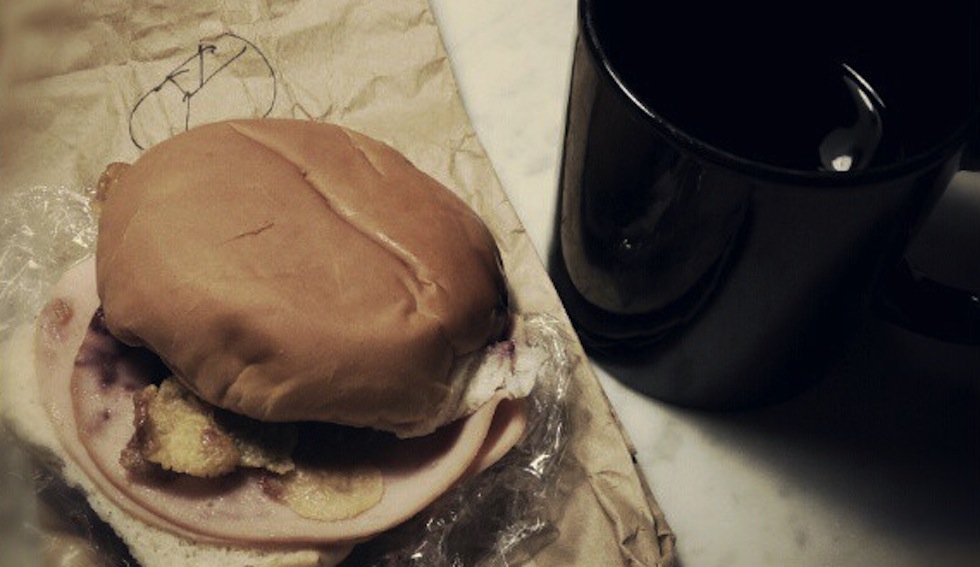 "When I was a child, all my friends thought I was kind of crazy," Swery says through a translator in a recent interview with Polygon. He was rebellious, and didn't like listening to others. 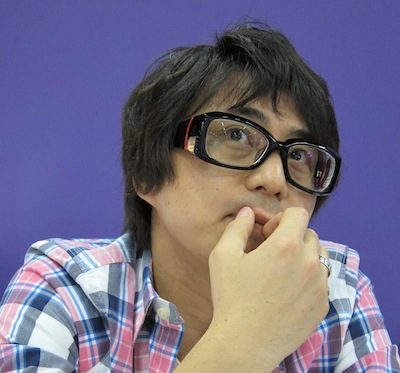 Swery joined the game industry in his 20s, starting his career at SNK in 1996. While there, he worked on two games in the Last Blade series, one of SNK's lesser-known fighting game franchises. He went on to contribute to Tomba! 2 on the PlayStation and the early PS2 survival horror game Extermination, but working for other companies wasn't working out for him.

"There are a lot of games I want to develop, but I need to be given a chance. That's the first step."

So in 2002, he founded Access Games, a studio where he could become the director on various projects. "I wanted to make Osaka games," Swery says, referring to the studio's hometown. "Osaka is in the western part of Japan. So our goal is to make something that's Japanese but can also fit into the Western market."

Their first shot at that hybrid style — and Swery's first game serving as director — was Spy Fiction. Reviews praised the PlayStation 2 stealth-action game for its interesting gadgets and disguise system, but knocked it for just about everything else — camera problems, boring combat and the inability to live up to the Metal Gear Solid games it used as inspiration.

But before Spy Fiction faded into obscurity, one person who would become an important figure in Swery's life took notice. Tomio Kanazawa was a game producer who was looking for someone to help him create an open-world mystery game. "When I played Spy Fiction, I thought that the person who made this game would have the skills to work on my game," Kanazawa says.

Kanazawa pitched Swery on the project, and in 2004 development started on the game that would become Deadly Premonition.

Out of the woods

The project was troubled from the start. "There were so many problems," Swery says. In the six years that the game was in development, it was on the verge of being canceled four times. His voice is a mix of exhaustion and pride as he describes this harrowing time.

The game was introduced to the world at the 2007 Tokyo Game Show under the name Rainy Woods. The trailer showcased a small Pacific Northwest town, an aloof FBI agent and red-tinged dream sequences featuring a little person. It was instantly familiar to anyone who had ever watched Twin Peaks, David Lynch's well-regarded television drama from the '90s. Too familiar.

Though the setting and much of the plot stayed the same, Swery and team scrapped the main character and started the arduous process of rebuilding the game as something that could stand on its own. 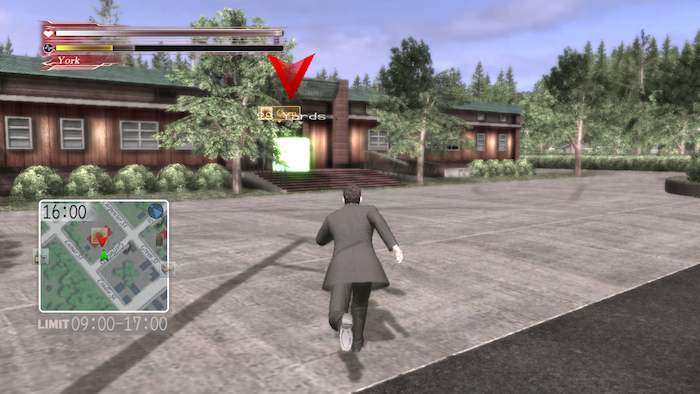 "We got over the problems every time, because I wanted to create a game like this," Swery says. "It's a game that didn't exist anywhere else in the world. I wanted it to exist."

And on February 17, 2010, despite all the struggles, it finally did exist. In North America, Deadly Premonition was released exclusively for the Xbox 360. Japanese gamers would also receive a PlayStation 3 version, titled Red Seeds Profile, a month later.

It didn't take long for the bad reviews to roll in. Sites such as IGN and Game Critics skewered Deadly Premonition for poor shooting and driving mechanics and terrible, low-res graphics.

"I spent six years pushing past all these problems, and then soon after we released, I saw these first very negative reviews," Swery says. "I was shocked. I thought that the people who had tried to cancel the game might have been right."

The tide shifted slowly but surely, with more and more reviewers succumbing to Deadly Premonition's charms. The positive reviews didn't ignore the game's many flaws — how could they? — but rather saw past them.

Destructoid's Jim Sterling went to the furthest extreme, awarding the game a 10 out of 10. This was the review that turned things around in Swery's mind. "I suddenly saw that it was good that I never bent my policy while creating the game. I stood by my vision." 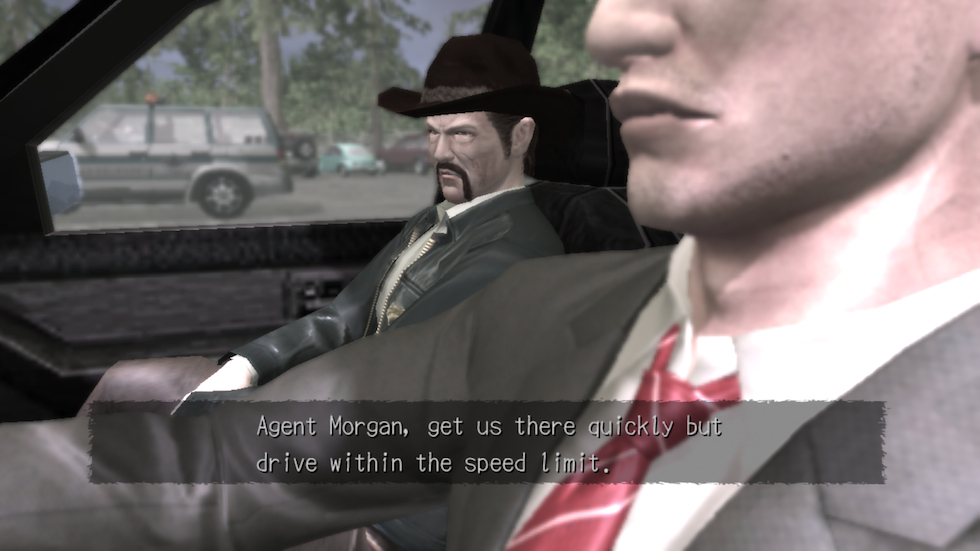 There are two things Swery believes aided Deadly Premonition's rising popularity, even more than the positive reviews. The first is social networking.

"We released Deadly Premonition right when Twitter was starting to get big," Swery says. "I received so much feedback from users thanks to Twitter. It was a big surprise; it came flooding in so suddenly."

Some of those Twitter fans likely discovered the game through the other source of Swery's appreciation. Though he has a limited grasp on the English language, he knows those two words well: "Endurance Run." 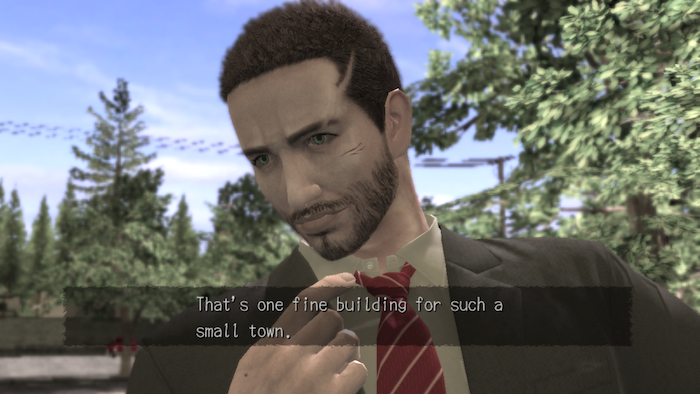 Video-focused gaming site Giant Bomb posts gameplay videos daily, but its Endurance Run feature is saved for games that the staff plays from beginning to end. The team has only done three of them since the site launched in 2008; Deadly Premonition was the second.

Giant Bomb Editor-in-chief Jeff Gerstmann says he and the team "weren't necessarily looking to kick off a second Endurance Run," but were drawn to Deadly Premonition anyway. "We started hearing more and more about how strange it supposedly was, that it had a weird pace and a story that stood out in an endearingly quirky way."

Despite the game's problems, Gerstmann ended up falling for Deadly Premonition. He cautions that he didn't actually have to play the game personally — he just watched his co-host struggle with it — but the strong praise remains:

"The story makes the characters matter enough to make you feel awful when some of them meet a grisly demise in the back third of the game. And the dialogue is awkward in a totally unique way. It's not quite Twin Peaks, and it's too 'off' to feel like it's a victim of poor localization. It carves its own path and stays true to that path from start to finish."

Swery was ecstatic about the Endurance Run. "So many people watched those and then bought Deadly Premonition afterward," he says. "I think people who watched the playthrough videos found themselves wanting to visit the town of Greenvale and the people that live there." By Swery's reckoning, that town is the key element that sets Deadly Premonition apart from other games. 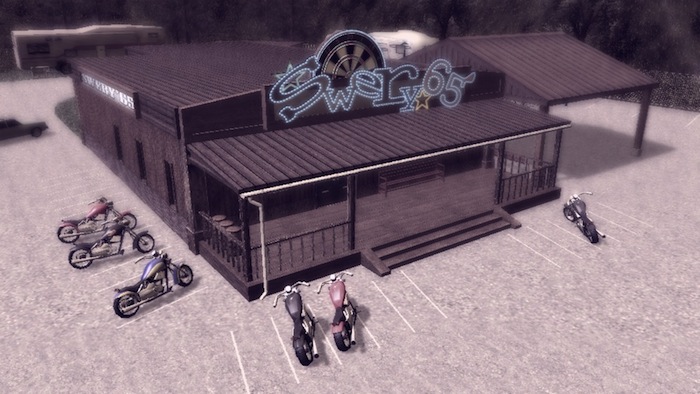 "The combat might not be as good, but that's because it's being compared with shooting games," he laments. "That's the wrong comparison. Deadly Premonition is not a shooting game. We might have been able to create much better combat, but that wasn't important to us. I'm OK with people not liking that part of the game." In fact, Swery says an early version of the game had no combat; it was added later at the request of a publisher who told them it would not sell in the Western market if there weren't guns.

Swery also notes that Deadly Premonition isn't the only game to feature combat in a secondary role. He mentions a recent release that he's played for over 100 hours despite finding the combat completely boring. Then he laughs sheepishly and asks me not to mention the game by name. For as much as his game gets singled out for its failings, he doesn't feel comfortable calling out another developer.

So if Deadly Premonition's combat wasn't the focus for its developers, what was? "Too many games guide the player too closely," Swery says. "They force people to play in a certain way. Spy Fiction was that kind of game. Deadly Premonition is different, because if the player would like to escape from the main story, York never objects. He always agrees with the player's action."

Swery says that freedom to abandon the main quest and explore an interesting area full of unique characters is vital to him. It's something he plans to bring into his next project ... if he gets a chance to make it.

"So far there's no economic success from this game," Swery says.

Since Deadly Premonition's release, Access Games has worked on a number of smaller projects, such as Square Enix's Lord of Arcana on PSP. Swery says the developer is much more successful in Japan's smaller domestic market than it has been overseas, but his hope is that Deadly Premonition has built up enough buzz to make his next major game much bigger.

Though he's hinted at plans for a follow-up to Deadly Premonition since the game launched, he makes it clear that right now, nearly three years since its original release, a new project is still entirely up in the air. "What we develop for the next title depends on what kind of chance we get," he says. "There are a lot of games I want to develop, but I need to be given a chance. That's the first step." 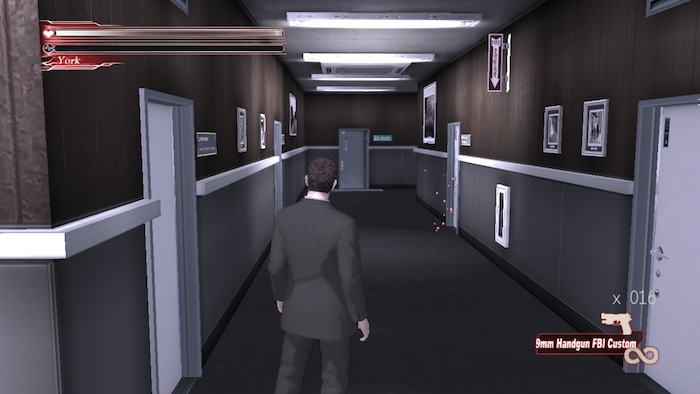 It's unclear if Swery will be given that chance or what publisher would offer it, but he remains hopeful. Publisher Rising Star Games is working with Swery on Deadly Premonition: The Director's Cut, an enhanced version of the game that will launch on PlayStation 3 in the U.S. on April 30. He believes the re-release will get him closer to the next project.

"I'm hoping that The Director's Cut will give me another chance at success," Swery says, "and another chance to create a new game or maybe a sequel."

He even has his eyes on likely sources of inspiration for the next project. "I am reading lots of novels and watching lots of movies right now," Swery says. "I'm very close to entertainment. What I watch, what I play, what I see — I take the essence from all of it." His current favorites? Breaking Bad and Monk. A strange combo — a pop culture Sinner's Sandwich.

Whatever is next, Swery promises that he's going to remain true to himself. "Sam Raimi is well-known as a horror director, but he also did the Spider-Man movies," he explains. "But everything he does has a Sam Raimi taste. I'm very confident that any games I'm involved in will have the Swery taste."