Developer Simogo's inspiration for a recent iOS game came from an unlikely place.

One would not expect to find myths in Malmö, Sweden.

In this ultramodern, high tech municipality, the proximity to Scandinavia's medieval folklore is far removed and forgotten. The city's vaulting skyline and wealth of international businesses insulate its residents from the parochial customs and supernatural fears of old. But legends of "Skogsrået" and "Kyrkogrimen," among many others, still persist, waiting to take hold of those who find them.

The two man outfit of Malmö's Simogo Games is just the place for old myths to find new life. Simon Flesser, the art and sound complement to his programming companion, Magnus "Gordon" Gardebäck, portrays the two as "toymakers," who constantly seek to satisfy their desire to create new and different experiences. For Flesser, this means finding ideas and fashioning concepts that are so quixotic as to grip the team and exhort them to create.

"I tend to get very obsessive and neurotic about all of our games," says Flesser. "It gets to the point where it's all I can see, even when I close my eyes. It's the indie crunch."

Flesser is alluding to the development practice of putting in long, consuming hours to finish a game. But in Simogo's case, infatuation with the concept is what drives the process. The "crunch" is passion, not deadlines.

"I believe [my friend Jonas Tarestad] found it in an old book; neither of us had heard of it before," Flesser says, describing Simogo's first brush with year walking.

Flesser and Gardebäck were vexed by this native custom that was somehow still mostly unfamiliar to them. The combination of learning about the myths of their homeland and their desire to always create new, different games possessed them to such a degree that the game was born in just nine months.

Flesser outlines the keystone of the concept that gave them the crunch: "We wanted to make a game that lets players experience [and/or] discover the myths for themselves ... in many ways we are just continuing the traditions of folklore: telling lies to children." 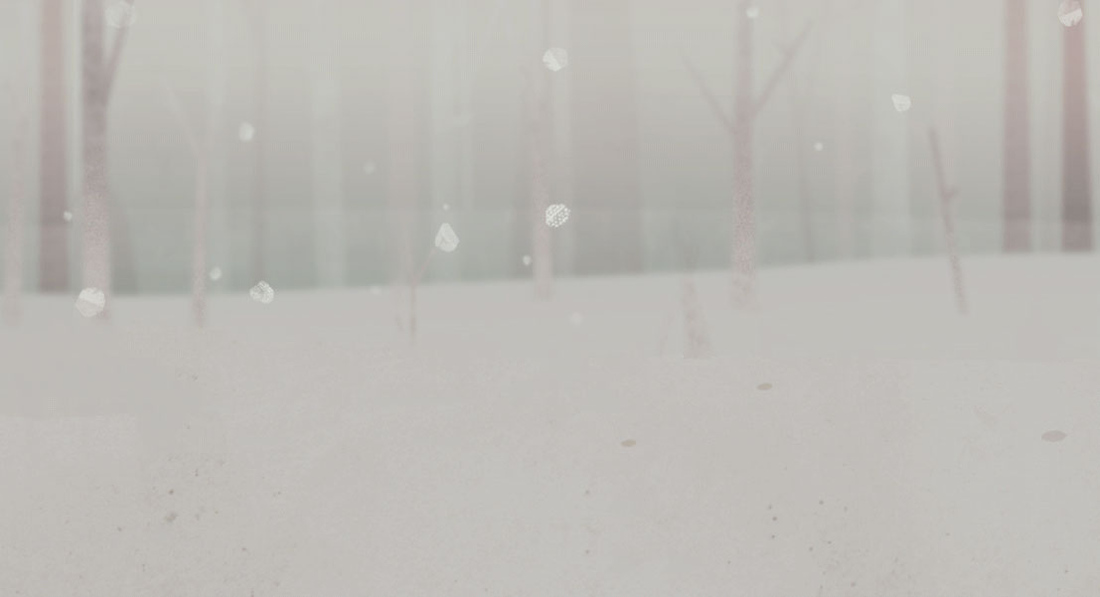 According to Simogo, the year walk, or "Årsgång" is a pseudo pagan ritual undertaken by Swedish people from medieval times to the 19th century. On certain holidays, the "year walkers" would abstain from feasting by locking themselves in dark rooms. At midnight, they would emerge to walk through the woods to the village church. Within the forest lurked strange, harrowing creatures, embodying the provincial fears of wanton lust, death, infanticide, misfortune and sacrilege. The walkers could not predict which of these they might encounter, but in each and every combination of these fearful communions lay either a gruesome death, or a vision of their future in the coming year.

Asked what compelled Simogo to make a game from this tradition, Flesser reveals, "My friend Jonas Tarestad showed me a short movie script he had written based on the tradition. ... He sent it to me, [and] we joked that it was almost structured like a game." Flesser remembers browsing at a makeup store with his girlfriend and being dogged by the idea of playing the script rather than seeing it. "So when I came home I secretly started simplifying the story for a game and working out a map in my head."

Simogo had recently produced its third iOS game, Beat Sneak Bandit, and was otherwise tempted by a few concepts that were soon put to pasture. Upon reading the script, the thought of a game based on year walking fully arrested the team in the space of a weekend. Bewitched by Tarestad's discovery of an unexplored part of Scandinavian mythology, and a desire to uncover the secrets of their homeland, the pair was keen to feed this newly kindled desire to create a game based on year walking.

"One thing we always ask ourselves is, 'Has this been done before?'" Flesser says. "Making things that feel like they are their own and new is important."

Even now, in the age of Google and JSTOR, it’s difficult to find credible research on the tradition unrelated to Simogo's game. The mystery inherent in the subject was the "crunch" element needed to begin development. Flesser's overacting neurosis began to work its magic, and the plot of Tarestad's script steadily transformed into a game.

"We focused on following the story we had laid out for ourselves," Flesser says. "From that, much of the atmosphere of the game just kind of found itself. A lot of [Year Walk] decided what it wanted to be." 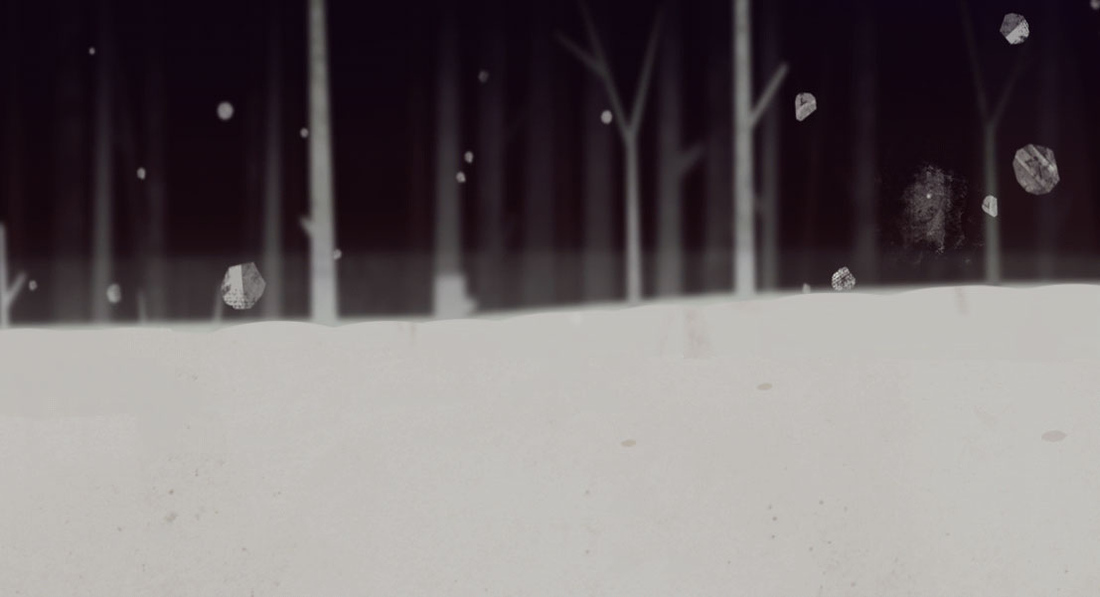 Jonas Tarestad was the catalyst for Year Walk's development. A scriptwriter and editor by trade, his initial idea for a year walking movie was awakened by his keen interest in curios and forgotten media.

"Jonas is obsessed with finding old stuff at flea markets, specifically vinyl records and weird wooden things," Flesser says. "He had already written the script, but it was an awkward length and would've been very expensive to shoot. He had been unsure of what to do with it."

In brainstorming ideas for adapting the story, the team recalled a tradition of games nearly as old as the folklore itself: strategy guides.

"We joked about guidebooks ... but we discovered how it could help the story, and even provide multiple layers," Flesser says. They needed something to help tell an interactive folktale, and where a mechanics focused game guide would serve no purpose, a cultural reference could embellish the game's myths.

Thus, Year Walk's "Companion" app was born. This optional, encyclopedic guide provides curious players with basic information on each of the myths found in the game. Having provided the first concepts for development, Tarestad "was now very much involved," says Flesser. "All of the work in the Companion is his."

Even though the Companion isn't necessary to play the game, Flesser details the rationale for writing it: "The Companion allowed us to teach [players] about the myths, but without taking them out of the narrative. … Think of it as roleplaying," he says. "When you are reading the Companion, you are playing the role [of] researcher. ... We give the player the opportunity to learn about these myths just by reading, but we don't distract them from the game to do it."

And so the story of Year Walk became two-pronged. Flesser and Gardebäck began crunching to give life to the story that Tarestad created from the myths, and Tarestad himself assembled a more approachable bestiary to historically enlighten the player. What remained, Flesser says, "[was] figuring out what to change and how best to create this myth as if the player [was] in it themselves." 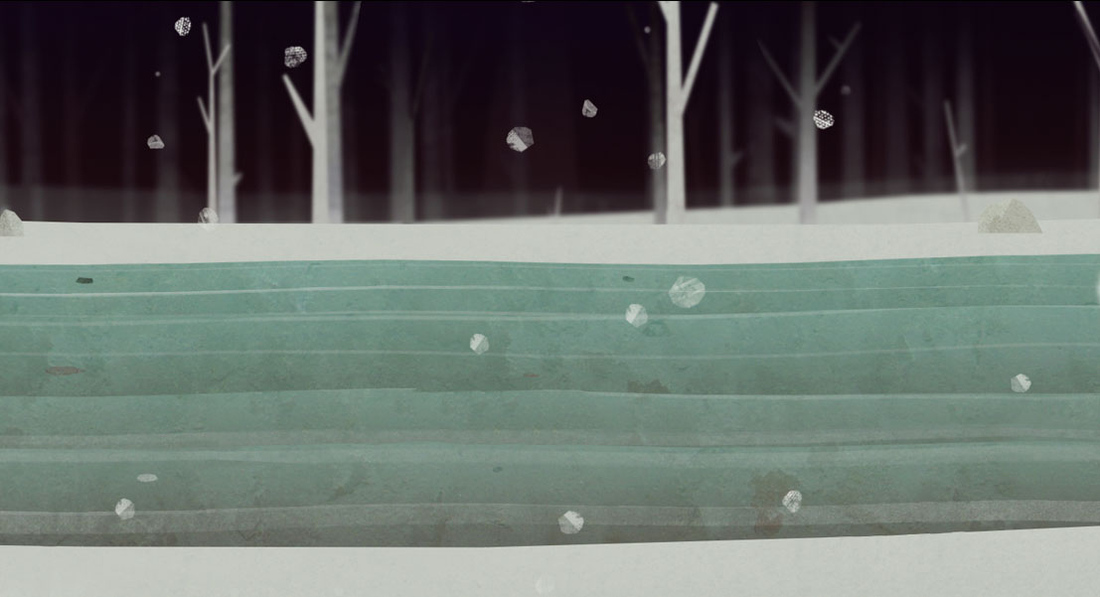 "After my early script ideas for the game, we talked about it a lot and ended up changing very much," Flesser says.

Tarestad was now the warden of Simogo's dark, portentous odyssey, acting as Virgil to Flesser's Dante, overseeing Flesser's contributions to the story. Though the folklore was mostly collected by Tarestad, he was open to altering it, and allowed Flesser to change and add things as he wished to benefit the game.

The first decision was to silence the protagonist, to distract the player as little as possible. Simogo elected to use the iPad's screen as a frame for desaturated, two-dimensional environments, presenting the story in stark, focused scenes, like a painting in motion. The player would navigate through the seamless frame by sliding from left to right and forward and back. The map of the forest is linear, but cut with enough paths to inspire many directions to every destination. Each swipe through the forest comes with a pronounced crunch of snow, revealing only a little at a time. The player explores to find strange puzzles that lead them through a harrowing succession of bygone Scandinavian spirits. The creatures needed to have a gradual progression to their appearances to better serve the game, and with Tarestad's assistance, Flesser used his limited knowledge of myths to fulfill this necessity.

Flesser's additions to the script reflect the myths he knew best while growing up; he was bullish about including a siren like creature, called the Huldra, who leads year walkers into her den where she either weds them or kills them. Then there's the Brook Horse, an equine terror that tempts children into riding on its back before plunging into the nearest river, drowning its young passengers.

Year Walk leads its supernatural menagerie with these two beasts, both of which are emblematic of preying on the naive and impressionable. By doing this, Flesser and Tarestad scaled the story to the ignorance of the player, placing them on the same psychological trajectory as someone who perhaps grew up learning these stories. The Huldra and the Brook Horse are the first lies told to the children — in this case, the audience. The momentum builds from one encounter to the next, arming the player with practical knowledge of these legends until they are finally able to confront the fearsome, final monster, the Church Grim.

The emphasis on otherworldliness and the threat presented by these morbid creatures slowly drove the human element out of the tale.

"We removed almost every human character but [the miller's daughter], says Flesser."There were a bunch of characters ... there was a little village as well," he says. "But ultimately, we decided it should only be about the player's perspective."

Simogo's design for this precept was to show, not tell. Players swipe and tap their way through the forest, uncovering disturbing artifacts and encountering each of the story's mythical creatures, unburdened with company or exposition. The solitude and wordless, unhurried pace leads many to describe the game as horror, but Flesser is quick to delineate between intention and perception: "I don't really see it as a horror game. ... There are definitely things about it that are tragic and unsettling, but we wanted to keep it a blank sheet. Then things are open to the player's interpretation. That's what matters." 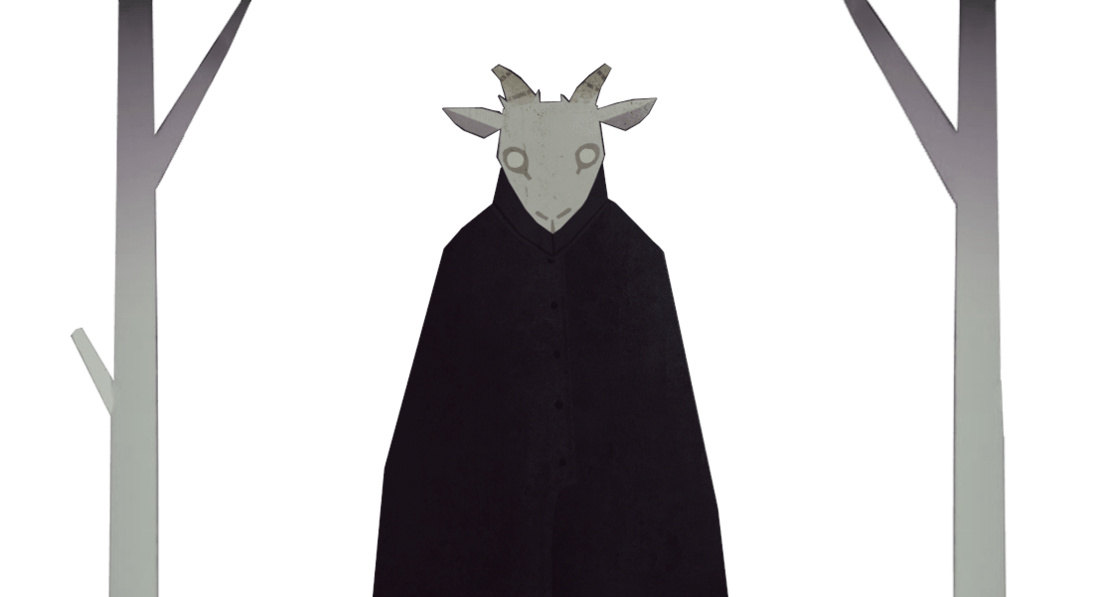 As a game developer who confesses to being neurotic, it makes sense for Flesser to produce a game in which the loudest clamor arises from the player's own thoughts — whether they be the pointed analysis of an adult or the emotional reactions of a child's imagination. Year Walk doesn't allow the player to rest their own suspicions about what awaits them on their journey. The questions prevail: Am I safe? Am I alone or being watched? Have I gone the right way? Do I have everything I need? Am I really seeing these things or hallucinating? The silence and the plaintive, fumbling saunter to the following puzzle or creature never interfere with the player's own fevered ideas of what lies ahead — even when the outcome is literally staring them in the face.

When the game concludes, the player has seen the Huldra's true face, outsmarted the Brook Horse and the Mylingen and survived the vigilance of the Church Grim. Simogo has given players an immersive education in the myths of their homeland, in addition to the referential one writ in the Companion.

"We share every part of the experience with the player," Flesser says, speaking of the history and the lies. But what of the crunch? What of the obsessive, compelling thrall that shepherded Flesser and Gardebäck through the process of making the game? Where can the player see these waking myths even under the protection of closed eyes?

"Everything is there," Flesser says. "The player can go as deep as they wish."

As the saying goes, it's dangerous to go alone. Fortunately, Simogo has provided players with a Companion for the journey.