Looking back: Unity of Command

Share All sharing options for: Looking back: Unity of Command

Tomislav Uzelac has always had ambition. Not grand delusions of fame and fortune, but the steady and workmanlike desire to create something big. At university that meant reverse-engineering the new international audio standard, the MP3. His graduate thesis became the engine behind Winamp. But the company he built, called PlayMedia, failed. That disaster left him rudderless.

The technology he had taught himself to master when he was just a teenager, the industry he had helped disrupt in remarkable ways over more than a decade, Uzelac just walked away from it forever.

"I was dumped hard into the real world.”

He says he tried his hand at web design for a time, but that during the next few years he was shiftless.

"I was mostly good for nothing. ... There are some periods where I cannot even tell you what I was doing because I don't know. I cannot put a finger on what it was.”

For someone so capable, so driven, it was a real blow to be idle for so long. It would take a self-imposed deadline, a passion project to wake him up again.

"I hate it when people do these interviews when they tell you like, 'Oh, I was depressed and crap, and that game-making sort of made me snap out of it.' It's the worst of cliches. And I hate it, and I don't want you to write it down.

"Write something else please.”

And yet, that's exactly how Unity of Command happened.

Excerpt from "Unity of Command: The unlikely origin of a modern wargame." 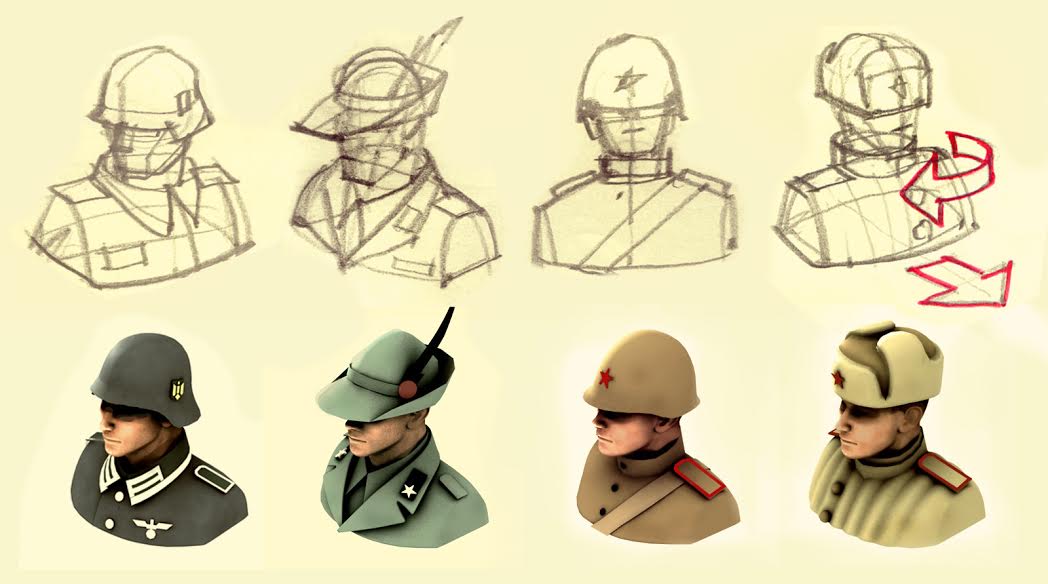 Earlier this year we published "Unity of Command: The unlikely origin of a modern wargame." Features writer Charlie Hall talked with Uzelac and his collaborator Nenad Jalsovec to learn more about their backgrounds. What emerged was a clearer picture of how their addictive wargame upended a genre known for hours-long, tedious campaigns.

Strategy games are famously about managing information, adjusting numbers and moving sliders across many different screens in order to move units from point A to point B. In Jalsovec's mind there could be no tolerance for confusing the player.

Giving the player the ability to manage information would be a natural byproduct of their design. Done properly, it could lead players back to the reason they loved strategy games in the first place, because Uzelac and Jalsovec granted players the chance to make difficult decisions and deal with their consequences.

For Jalsovec, it was all about the flow from decision to decision.

"He's a flow fanatic," Uzelac says. "You sit down to play this game and you play for an hour and a half sometimes. And I'm working on it with a guy who's thinking in terms of milliseconds."

Earlier this month Uzelac's company, 2x2 Games, released another piece of downloadable content for Unity of Command. Uzelac couldn’t be more pleased with how it’s being received by fans. But he says it will be the last chapter in this game.

"The plan right now is to work on extending the system to be the base of our next game. If we want to go West, the game cannot remain so tightly focused on maneuver and supply. We need to add other things."

In a strange twist, 2013 saw both the biggest successes for Uzelac while it also saw AOL shut down Winamp for good. Uzelac shrugs it off.

"That whole story only served to remind me why it felt so good to leave the world of 'online music' behind me when I did," Uzelac says. "I feel that in games, at this time, we have a much, much healthier vibe, compared to the poisonous atmosphere around music. I hope the music biz unf***s [sic] itself eventually, but for me I'm happy to have found this new place for myself in making games. I'm really enjoying it."

Read the full story: Unity of Command: The unlikely origin of a modern wargame