Donkey Kong was a hit, and jumping was here to stay.

Almost a quarter century ago, Universal released a revolutionary arcade game called Space Panic in which players had to navigate platforms, climb ladders and avoid moving obstacles in order to progress. By most accounts, Space Panic was the first of what would become the "platformer" genre.

A year later, it would be eclipsed by another.

In 1981, Nintendo released the game that would ultimately dominate the video game market for two decades: Donkey Kong. At first glance, you may have thought Nintendo's offering was a Space Panic knock-off. But as it turned out, Universal's pioneering title was lost to the annals of history, and Donkey Kong has gone down as a classic, spawning a franchise that has sold over 40 million units worldwide.

Minor differences in design and aesthetic aside, what Donkey Kong had that Space Panic didn't was the ability to jump. The idea was simple; if a barrel rolls toward you, tap a button to jump over it and get points. Donkey Kong was a hit, and jumping was here to stay.

Why do we jump?

Insurmountable obstacles in games are frustrating to players, says Richard Ryan, a professor of psychology at the University of Rochester and co-author of the book Glued to Games.

"In some early ... games when characters could not, for example, jump over a log or pass over a short hurdle, it was a real disruption in both narrative and immersion," Ryan says. "It frustrated the player's expected feelings of competence and autonomy. ... Jumping is now just an expected capacity or competence in games, where the world involves movement in space, in part because it is useful, adding realism and strategic choice."

Sometimes jumping is all players do. Some aimlessly jump around virtual worlds, particularly in MMO titles, with no benefit to speed or progression — just because it's fun.

"In World of Warcraft or many other MMOs, it is not uncommon to see avatars bouncing about when in town or a safe zone; jumping is a primordial expression of joy in humans, and it signals play," Ryan says.

We jump, in other words, because we (virtually) are.

Jason Begy is an author and research assistant at the Technoculture, Art and Games Research Centre. In his paper, "The History and Significance of Jumping in Games", Begy argues that we have a positive association with height: "good is up."

Begy claims that jumping in a virtual world is "ultimately about expressing power." This is not just limited to power over the physical opponents in a game. In many games, the greatest challenge a player faces is the environment itself.

"Jumping over ledges, walls, or down stairs is defying the environment's attempts to constrain or influence your navigation of it," Begy says. "The dominating jump can be a means of attack or avoidance, but dominance is always present."

Donkey Kong's "Jumpman" jumps to dominate the barrels. If he does not jump over the barrel, it will dominate him. But by jumping over it, he can render it harmless.

Begy's theory is that the real world does not always grant individuals the control over their lives that they desire. However, through the jump, video games provide a virtual world in which freedom, dominance and autonomy can be expressed at the mere press of a button.

What's in a jump?

At its most basic, a jump involves an application of force against a surface. This causes a reactive force that in turn propels the jumper in the opposite direction from which the original force was applied. The velocity and distance of the jump is limited by numerous factors, including gravity, the strength of the original force applied, and even the density of the surface jumped from.

Of course, these limits need not apply to the virtual worlds of video games. The laws of physics in a game's environment are dictated by the developers rather than reality. It's common for developers to strengthen or weaken certain forces. Gravity can be weakened in order to allow for much slower, yet higher, jumps. The friction of surfaces can be adjusted to make landing or taking off more interesting.

In fact, some develop games solely by feel. Independent developer Tommy Refenes claims to have spent two months getting the "feel" of Super Meat Boy exactly how he wanted it. Refenes states in a Gamasutra blog post, "everything from the weird 'friction' that happens when you change directions in the air to the 200MS delay that happens when you're on a wall and pull away is based on how it feels to me when I play it. None of these formulas are based on physics concepts, they are 100% based on feel."

Some games go further than just tweaking the values of the forces that already exist in Newtonian physics. In Terry Cavanagh's puzzle-platform game VVVVVV, the player is able to control the direction of gravity. By disregarding the real-life laws of physics, what goes into a jump is totally redefined. Instead of a force being applied against a surface, in order to produce a reactive force, the player reverses the existing forces that are already acting on the player-controlled character. The action still functions in the same way as a jump, but the forces behind it are only made possible because of VVVVVV's unique laws of physics.

Players are able to perceive the virtual world of a video game through interaction with the environment, and jumping is the primary tool for this interaction. In a jump, players can identify the various forces at play and the strengths of each one. These forces are abstract concepts that exist only as a string of characters in the game's code. However, by utilizing the jump and experiencing enough interactions with the environment, the player is able to form a unified mental picture of a physical universe with its own distinct rules and laws. As Jason Begy writes, "jumping is not just a simple game mechanic, but rather a reflection of how we perceive and understand the world."

Super Mario Bros. was released for the NES in 1985 and went on to sell an unprecedented 40 million units. The humble jump played a pivotal role in its success. Jumping in Donkey Kong was a relatively basic process, with the height, length and animation of the jump being the same every time. While this made jumping a very precise art, it also gave very little room for player creativity. Super Mario Bros. expanded upon the mechanic and turned it into a wholly different beast.

The physics in Super Mario Bros. allow for a large amount of player freedom when jumping. Holding the jump button instead of tapping causes a higher jump, while running into a jump makes it longer. This exaggerated take on real-world physics means that while players are familiar with the basic rules (gravity, inertia, etc.), they are free to explore the boundaries of this virtual system.

Super Mario Bros. lets players dispatch of certain enemies by jumping on them. Rather than the purely defensive function in Donkey Kong, players can use jumping offensively in Super Mario Bros. Players are free to engage with enemies or to simply jump over them — the choice is theirs. This freedom of choice not only adds to the game's replayability, but it also allows for a range of playing styles that adhere to how players want to experience the game. 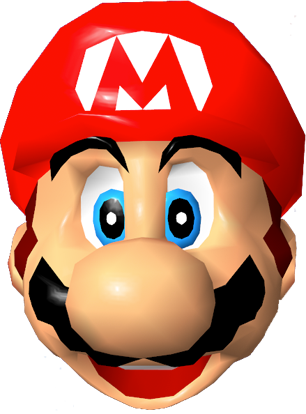 Super Mario 64 hit the gaming industry like a tidal wave, bringing with it a plethora of innovations. Released as a launch title for the Nintendo 64 console, Super Mario 64 transitioned the Mario series into a brave new world of 3D. Nintendo wholly embraced the third dimension, using it heavily in Super Mario 64's gameplay. Acclaimed by critics and gamers alike, the game still influences 3D game design to this day. As stated by Rockstar's head writer Dan Houser in a New York Times interview, "Anyone who makes 3D games who says they've not borrowed something from Mario [on the Nintendo 64] is lying."

There were a number of creative jumps available to the player in Super Mario 64, and they were instrumental to the freedom that contemporary audiences felt when exploring the open world. The added dimension allowed for a range of movement that was not possible in a 2D environment.

Super Mario 64 features a hub world from which players could access the game's many levels. This comes in the form of Peach's Castle and its surrounding grounds. Almost entirely free from enemies or danger, Peach's Castle was designed to show off the range of movement available to players. Peach's Castle introduced the concept that game worlds don't necessarily need quests, goals or objectives. Nintendo demonstrated that virtual worlds have the potential to be places to just hang out, explore and jump around in freely.

What: A simple jump forward or backward that may or may not be affected by inertia or the length of the button press.

How: Press the jump button and the direction you want to go. 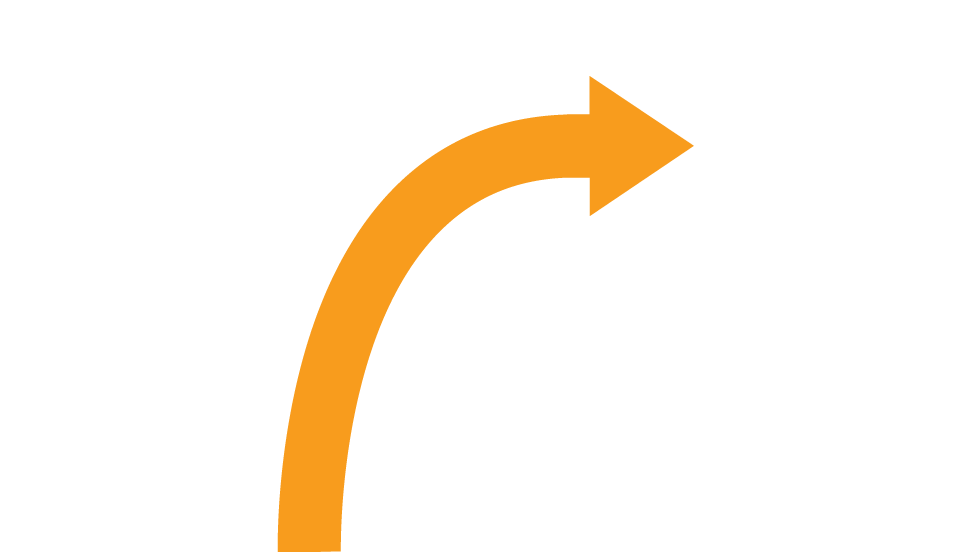 What: A jump followed by another jump in midair that happily disregards real-life physics.

How: Tap the jump button, then tap it again before landing. Greater height may be achieved with good timing. 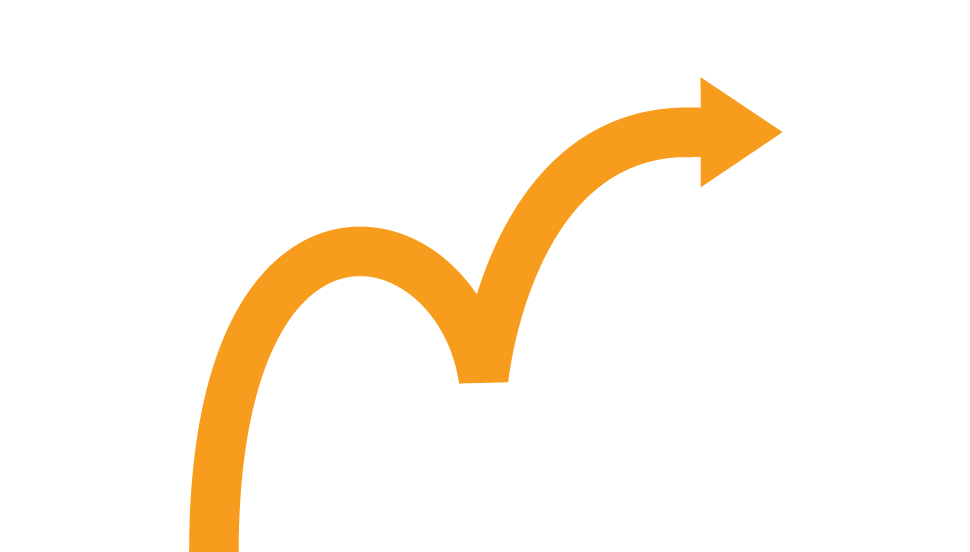 How: Tap the jump button three times while moving forward, timing it after each landed jump. 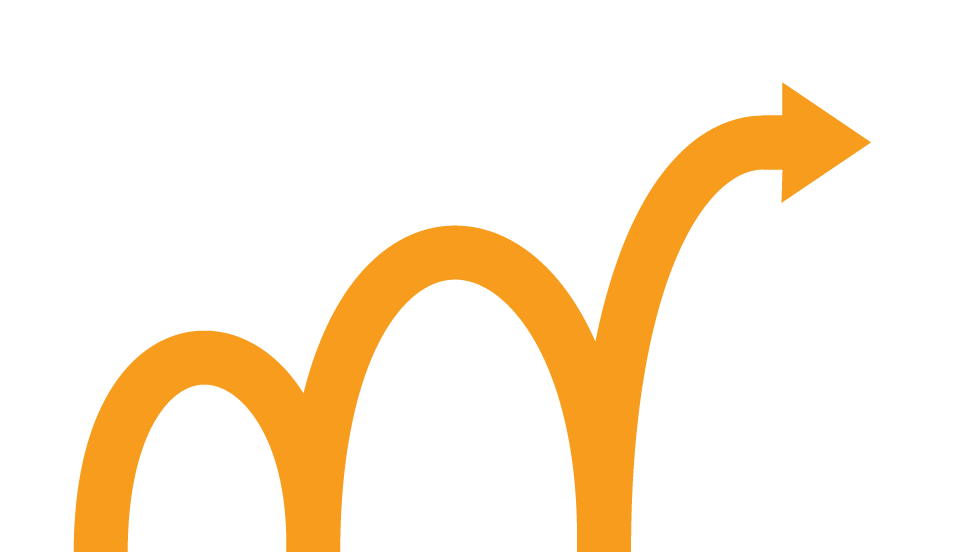 What: An attack jump made with the intention of landing on an enemy's head in order to crush it.

How: Follow the same steps as the classic, but land on the enemy or risk getting hurt. In some games, it may be implemented into other trick jumps for extra damage. 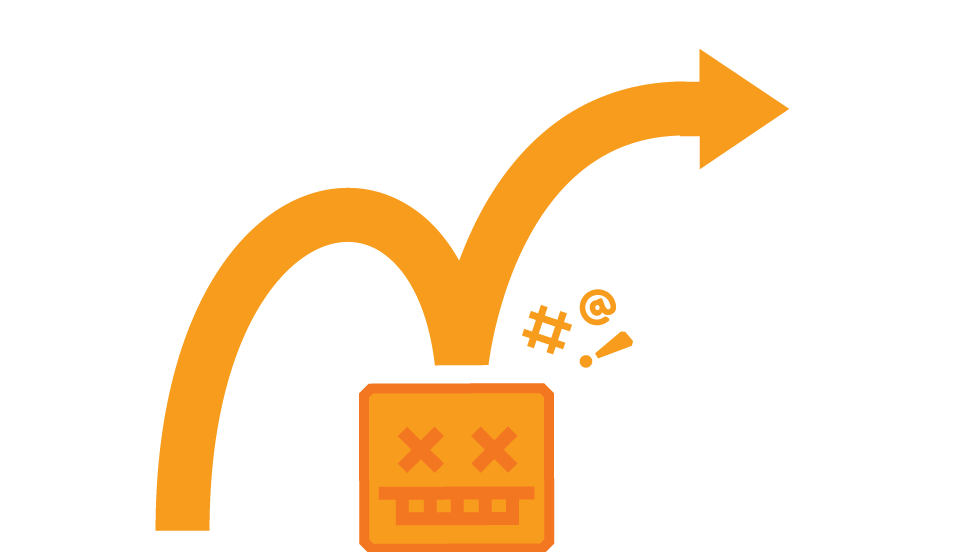 What: A jump used in conjunction with an attack as opposed to a jump that is an attack in itself. Examples include a jump kick or punch.

How: The steps can vary, but they usually involve pressing the jump button, a direction and the attack button at the same time. Occasionally, the jump and the attack will be linked to the same button. 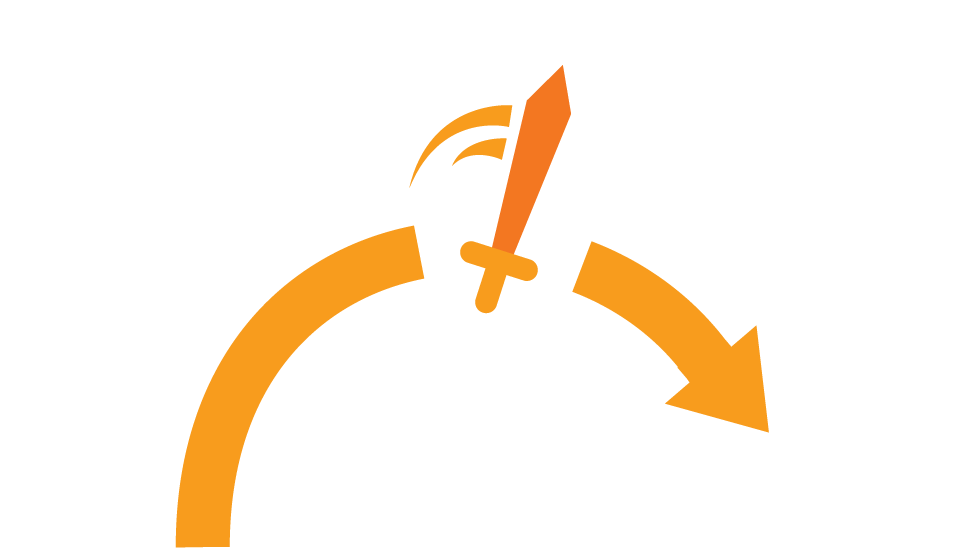 What: A jump that allows the player to get further or higher with the help of a partner (usually player-controlled). Commonly seen in modern co-operative games.

How: The steps vary wildly, but they are usually as simple as both players moving to a preordained location then hitting the required button. Sometimes, the steps involve one player using the top of the other player's head as a platform. 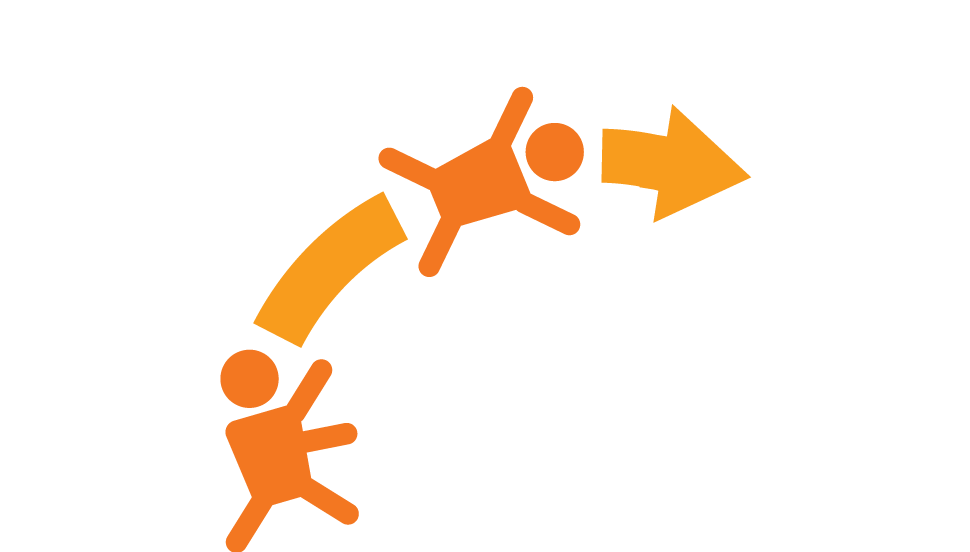 What: A jump propelled higher by the force of an explosion, generally from a rocket fired by the player.

How: Usually achieved by firing a rocket at the floor, then jumping at an appropriate time, this jump requires practice, and players risk being killed by the blast. 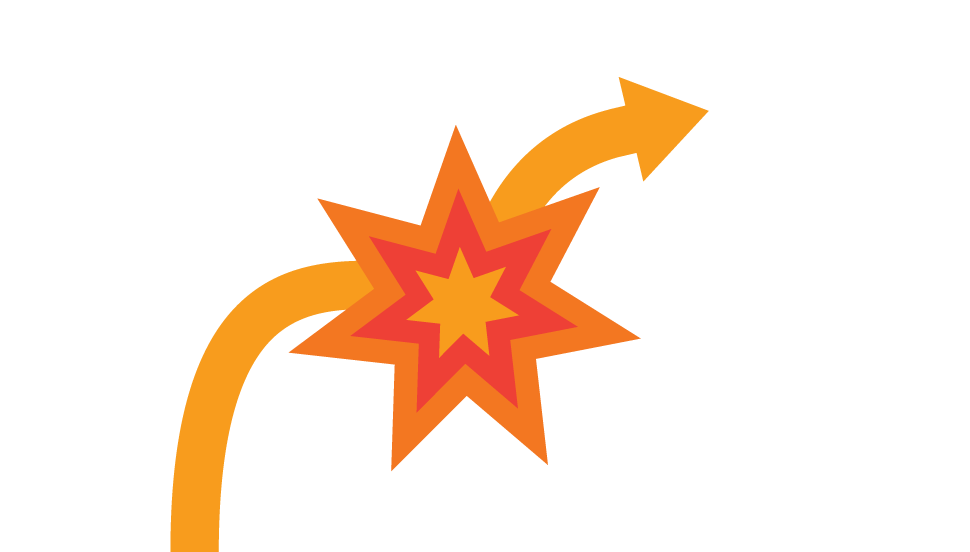 What: More of a tactic rather than a jump in itself, players use bunny hopping to gain more speed than they can achieve by running. It's traditionally seen in old-school FPS titles and is often required for competitive play.

How: Repeatedly tap the jump button while moving. This often requires precise timing for maximum efficiency. 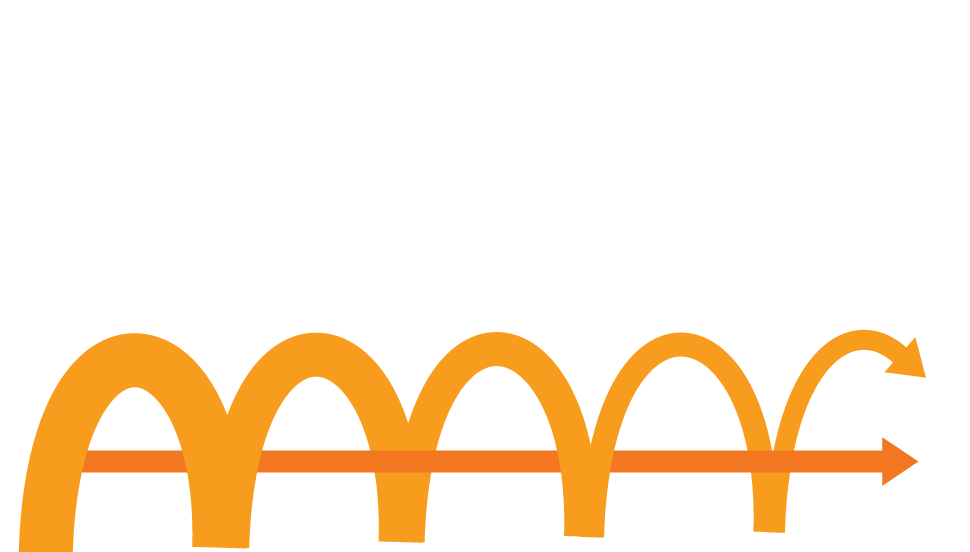