Much research went into the technology choices utilized in the game, due to be released on Windows PC on Oct. 24. While previous Civilization games have charted technological progress in the past, Beyond Earth is a matter of conjecture and futures studies.

Polygon spoke to two of the game's lead designers to find out what a few of the technologies they chose might mean for us, if they become realized in the future of humankind...

For centuries following the the fall of Rome, the skill of creating concrete was lost. When it was found again, architecture, the possibilities of construction, the way our cities are laid out, were all revolutionized. This leap forward could happen again, according to Firaxis.

"Imagine in the future where we've gotten so good at the combined sciences of mechanical and chemical engineering, we could engineer building materials that are better, that start to bend or break the laws of physics," says lead designer David McDonough.

"They transfer stress loads smartly, or they grow and shrink and absorb nutrients from their surroundings to repair defects, or they're adaptive. Just think, what if we didn't have today's limitations anymore? What if we could build truly from our imaginations? What would we be capable of?" 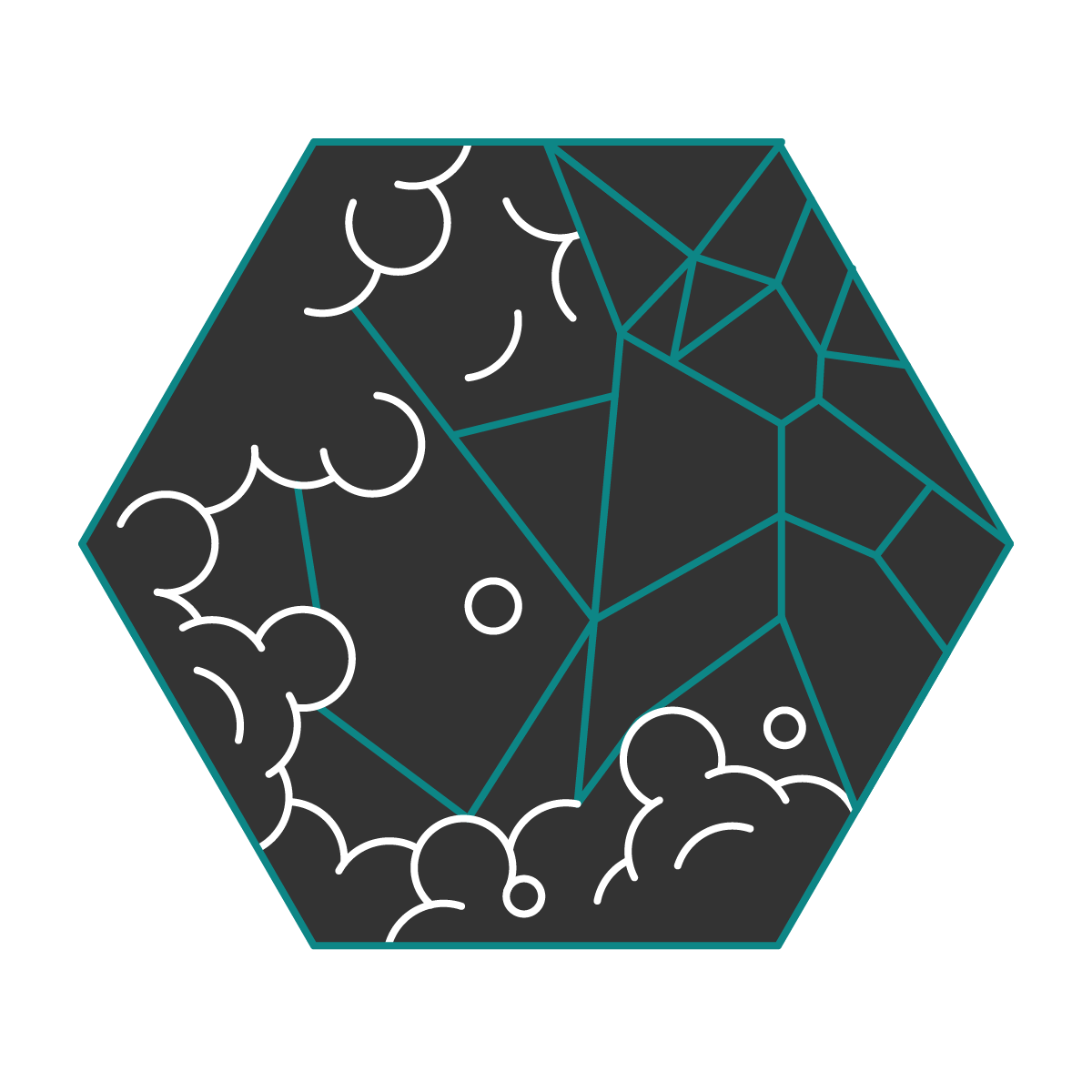 1970s TV show The Six Million Dollar Man placed bionics in much the same cultural space as cybernetics, but they are very different. Bionics is more about making mechanical systems that mimic natural systems, or work in harmony with the environment.

Spiders webs, for example, have been used as a model for organizations or computing technology.

"With bionics, you're suggesting that the best lessons for how to build and apply power, fight, or protect yourself come from nature," says McDonough.

We can piggy-back evolutionary efficiency while preserving the natural environment

"You can see this throughout human history as well," says lead game designer Will Miller. "We used to strip mine mountains by burning off the top of them and digging it out. That seems really inefficient and antiquated, even today. We don't have to be so destructive. We can extract resources, materials, and power from the landscape by working with it, better than we can do so by working against it."

Bionics is an early-game tech in Civilization: Beyond Earth, allowing for advanced units and buildings later in the game. "It's sort of a philosophical entry point," says Miller. 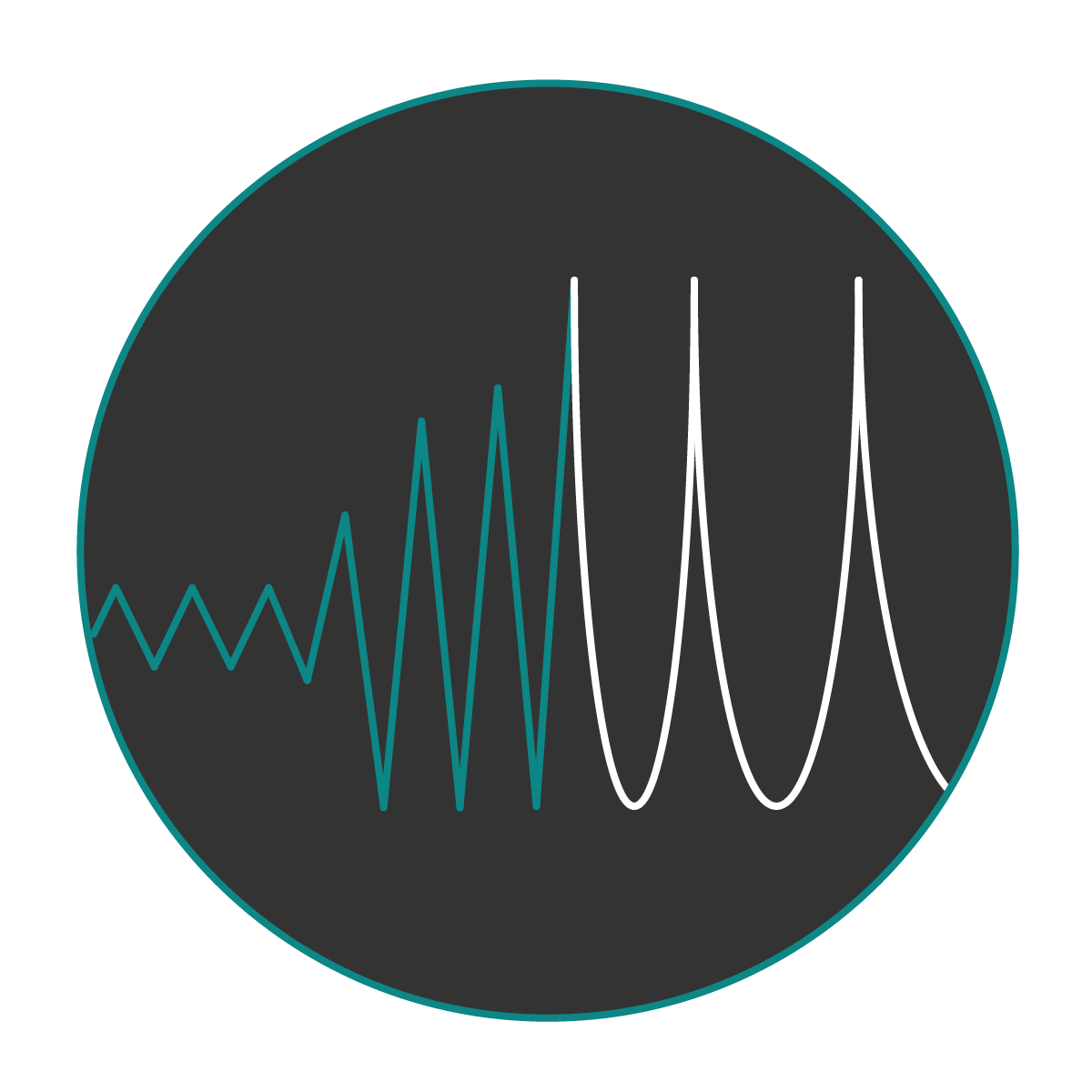 Computers are good at solving lots of problems, but less good at more intuitive reasoning, like figuring out a sick person's ailment. But artificial intelligence in the future will be much more capable of making smart decisions.

"Imagine if a computer could diagnose any disease, given the symptoms," says Miller. "That doesn't replace the doctor, but it's a great place to start. Sort of a Google for ill people.

"This couples with other technologies on the web, like quantum computing, these radical ideas that leapfrog Moore's Law into an entirely new realm of computing. It's not just pushing more electrons through the same kinds of circuitry faster. It's a fundamentally different way of computing and thinking about computing."

We already use satellites to communicate or to find directions. But what if an all-encompassing information network allowed us to find out more detailed information? We have already seen how much power is afforded by the internet and by cell phones. What is the next level?

"Having a swarm of orbital entities that you're interlinking with that provide information and insight on a global scale that you can't get from a single point on the globe leads to all kinds of interesting things," says McDonough. "The ability to have truly planet-wide information and planet-wide oversight gives a tremendous amount of power."

Firaxis concedes that such a technology poses at least as many threats and dangers to society as benefits. It would require high levels of regulation in a free society. In Civilization: Beyond Earth, orbital satellites grant military and production benefits.

"People can achieve things that are closer to their full potential," says Miller. "They can fully participate in society. They can help with the propagation of culture or science. They're more productive."

In the last 100 years, better food production efficiency changed human behavior significantly, freeing up income (in wealthy countries) that would otherwise have been spent on sustenance. But the benefits of these efficiencies are beginning to wane, even as we count the cost of environmental destruction.

Could giant greenhouses in otherwise inhospitable places eradicate food shortages while protecting the environment? And if humankind is going to start travelling to new planets, we will need to eat.

"A bio-dome, a self-contained terrarium or self-contained environment allows you to sustain life on a planet that you're not meant to be on," says McDonough "There's nothing on this new planet that we necessarily evolved to handle. So how do we make ourselves safe and well-situated there? A biosphere allows you to keep the nice Earth environment where you feel safe and comfortable."

In the longer term, technologies devoted to harvesting local foodstuffs would need to be created. But for getting started on a new planet, a fat bio-dome dropped from on-high is a good beginning. 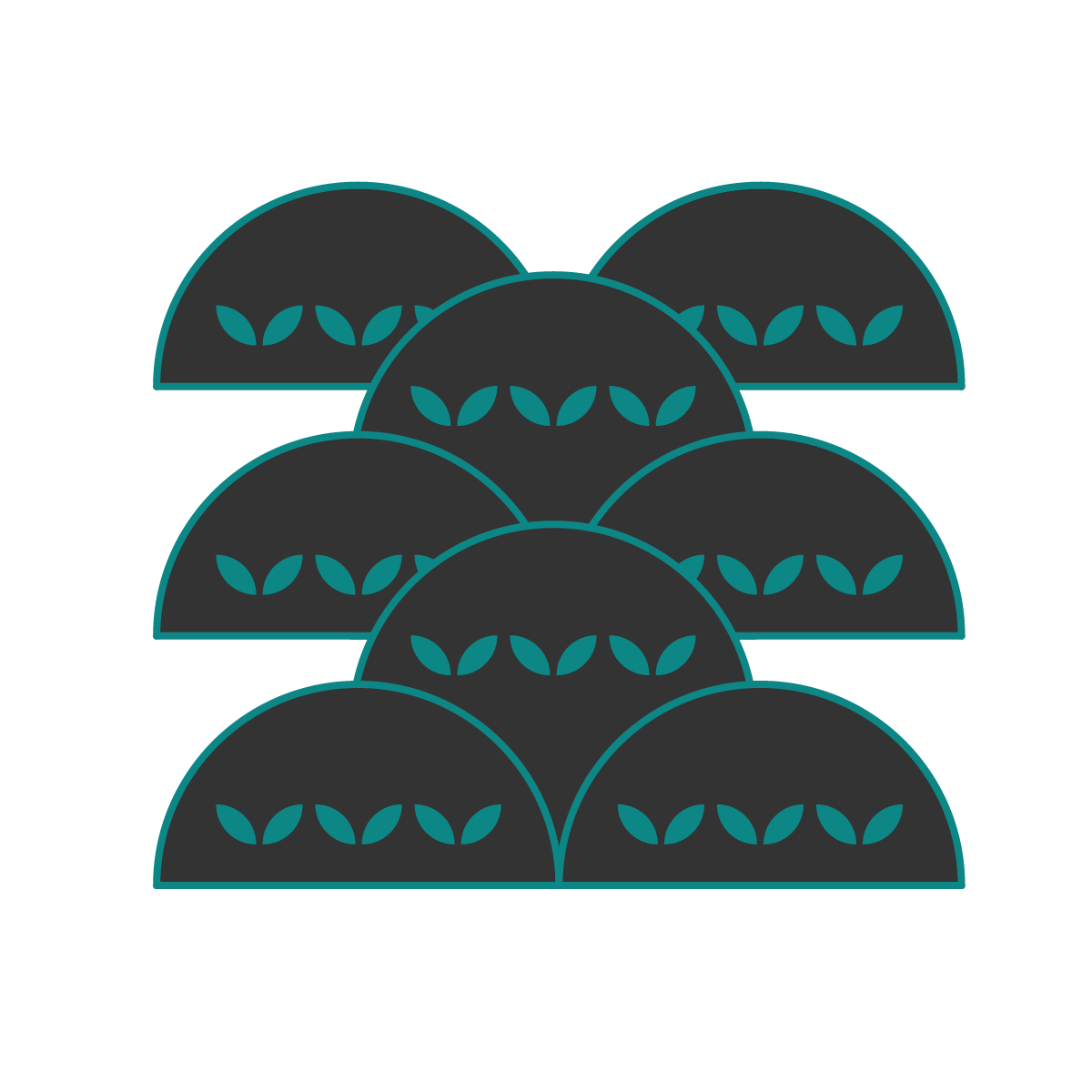 As well as digging into scientific research for ideas, Firaxis plundered the best science fiction. Transmetropolitan by Warren Ellis tells a story of a society where cosmetic genetic manipulation is the norm. McDonough says he was inspired by this story. "People can change their physiology for fun," he explains. "They've managed to make dogs semi-sentient by messing with their genetics. Transmetropolitan does a good job of making you see that the future is going to be incredible and also kind of appalling.

"In our game, we're focused on the incredible part. But a lot of the technologies that are in it, if they were to really happen, you have to sit back and think, this would change a bit about what it would mean to be human, what our society would even work like.

"The stuff that we're doing today with re-engineering the measles virus to fight cancer, or trying to figure out how to genetically modify mosquitoes so they can't carry Dengue fever anymore, are great for world health, but where would that lead? I might say, yes, I would love to see genetic design become a real thing. But I can also believe that would be pretty scary for the real world if it happened."

One of the major obstacles facing space travel is just physics and our rudimentary rocketry technology.

"We all know what a rocket is and how it works," says McDonough "We've built an entire spacefaring industry based on assumptions about being on Earth. Things like terminal velocity. If it's different on a new world, how does that affect rocketry? Probably affects it quite a lot. 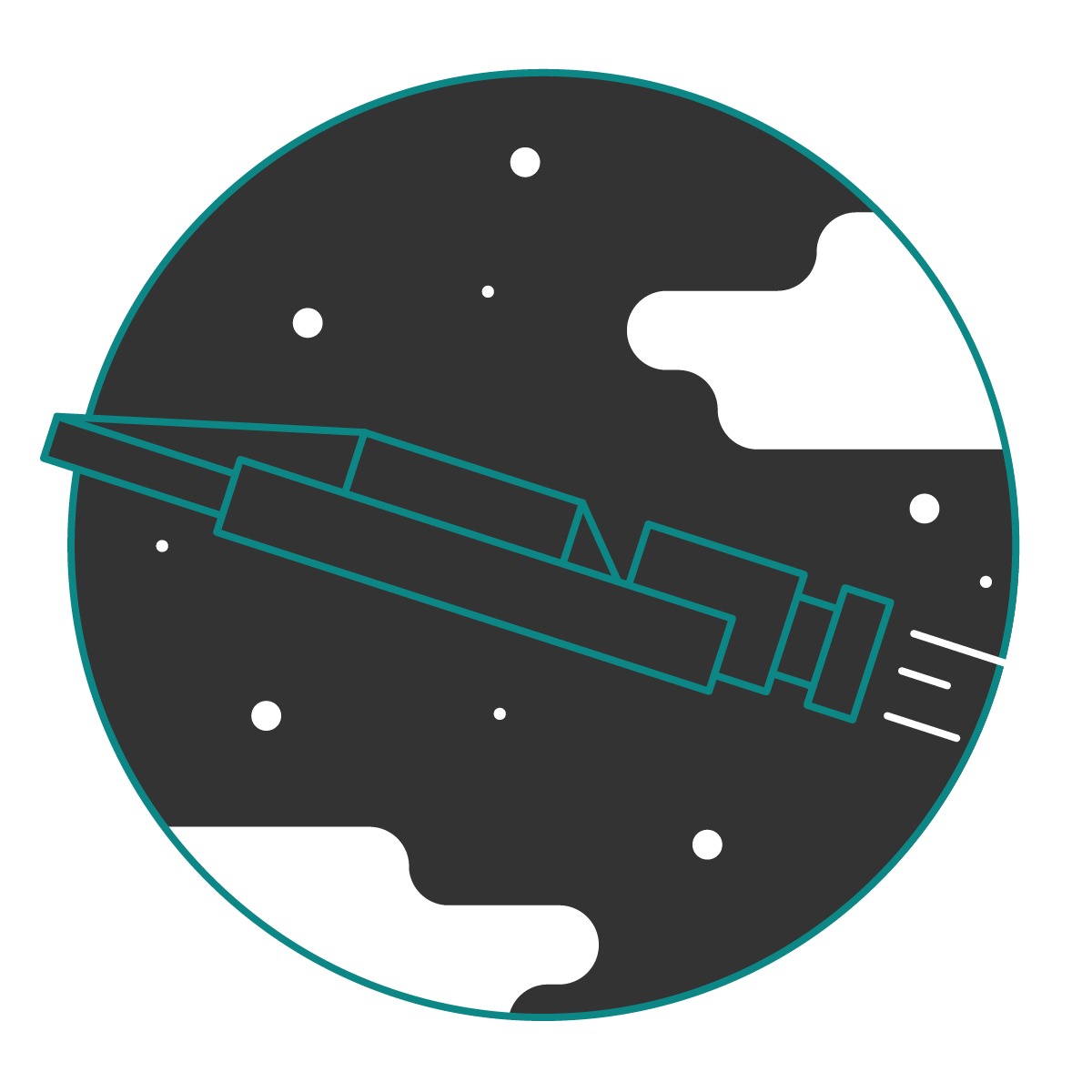 "You can take the Curiosity rover as a great example of this. In order to get something onto Mars, it's an entirely different proposition than landing something on Earth. The atmosphere is so thin that you can't use parachutes to land safely. There's no ocean, so there's no splashdown.

"That's where the sky frame came from that lowered Curiosity onto the ground from several hundred meters in the air. All of these things are steps that may not be obvious to you right away, but it's a totally different kind of proposition to establish spacefaring infrastructure on a new planet."

In an ideal future society, where power and basic resources are plentiful, the motivation for humans to undertake basic labor might be significantly reduced. Robots will be required.

Instead of a single individual robot designed to perform a task, future humans might benefit from innumerable fleets of units that are individually capable of maybe one or two things, but working together they're capable of almost anything.

How far would the eradication of low-level labor change society?

Controlled by a swarm AI, something that is extremely intelligent and adaptive, they could handle just about any job.

"You can imagine a swarm of these tiny little builder-bots just being deployed to repair a skyscraper or clean up after a tornado or police a football game," says Miller. "If you abstract them down to thousands of entities, each of them doing one thing, adding up to all of them being capable of anything together, that's really cool. It's very powerful."

If humankind is to travel to distant galaxies, or even to planets in our own solar system, instant conversations between colonies, like those we enjoy via telephones and online services on Earth, become impossible.

Sci-fi writers dealing with pan-Galactic dialog have faced down this problem, by invoking Field Theory.

"It levers quantum entangled particles to communicate across vast distances instantaneously," explains Miller. "Being able to communicate with a spacecraft on another world without a 20-minute delay or even a 20-year delay. That would be huge, particularly with its implications in an interstellar economy."

There would also be more prosaic applications, closer to home. "Can you imagine the implications of having an internet that's instantaneous?" he laughs. "I could stream everything. That would be awesome. The world's best modem." 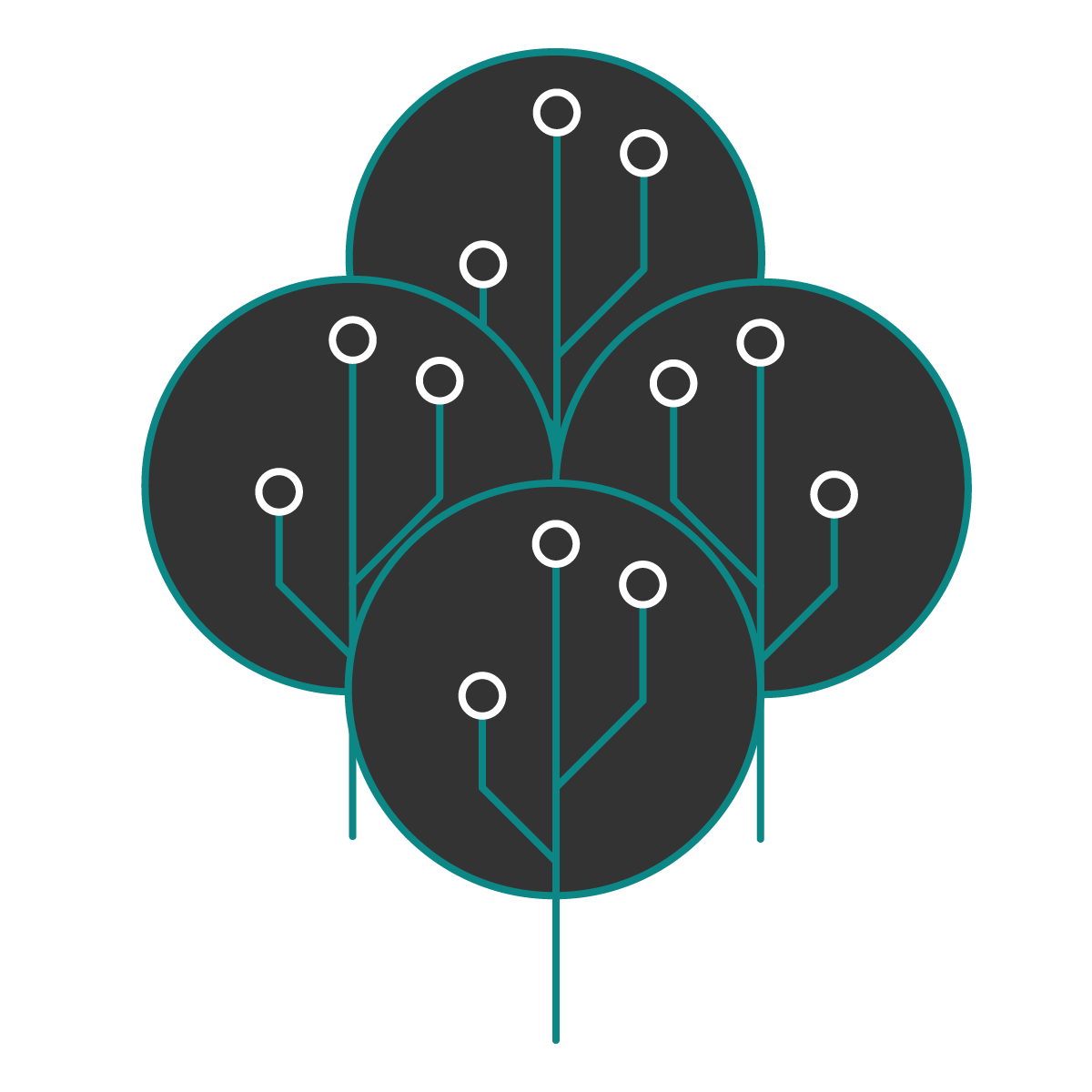 The big one. The one we all really want. Some tech that will give us an unlimited, cheap, environmentally sustainable source of usable power.

In Civilization: Beyond Earth, the intergalactic settlers use a technology called Power Systems that unlocks a thorium reactor.

The ultimate tech has to be unlimited, safe, free power

"We really like the thorium idea," says Miller. "This idea of a not-inherently-fissile material that could power a nuclear reactor in a much safer way, with a higher energy output. That's a technology that's right on the horizon.

"The idea of not having giant power plants anymore, but having energy-producing things distributed closer to the point of use. That's a fundamental leap that at some point in our future I hope to see us make in reality."