Two voice actors leading the charge for women in games.

Share All sharing options for: How the leading women of Assassin's Creed Syndicate and Halo 5 are changing games

Something notable has occurred: Predictably, traditionally male-fronted series are instead featuring women at the helm.

Major fall releases like Assassin's Creed Syndicate, Halo 5: Guardians, Fallout 4, Call of Duty: Black Ops 3 and more each allow players to select a female character. Even more exciting is that the women leading these AAA titles are defined not by their sexuality or appearance, but instead recognized for their intelligence, prowess and strength.

It's a significant trend, and one that has been anticipated for some time, both by gamers longing for more diverse representation in the franchises they love and the women who bring the characters in those games to life.

This significance was not lost on Laura Bailey, who provides both vocals and motion capture for Halo 5's new female Spartan Olympia Vale, and Victoria Atkin, whose performance as the Assassin's Creed Syndicate heroine Evie Frye is her first in a video game.

Bailey and Atkin, whom we spoke to separately following the release of each of their games, both described their characters as "strong women," a trait they immediately look for when taking on auditions or roles.

This is especially important for Bailey, she said. "I grew up playing video games, so just the fact that I get to be involved in this industry at all is awesome." But as a Halo fan in particular, taking on her first role in the series — and especially that of one its first playable female Spartans — was even more exciting.

Bailey has followed Halo since its inception, bonding with her husband and fellow Halo 5: Guardians star Travis Willingham over Halo 3, before either of them were cast in the series. Playing Olympia Vale was thus a major experience for the actor.

"She's a very strong character," Bailey said about the Spartan. "She's actually a little bit different than other Spartans we've seen before, because she comes at it from a different place."

Unlike primary protagonists Locke and Master Chief, Fireteam Osiris member Spartan Vale "was a diplomat before she became a Spartan," Bailey explained, "so she's really interested in culture and seeing things from a different perspective." What Bailey loved most about playing the character was that she combined this intellect and cultural sensitivity with a fierce and fearsome attack power.

For Atkin, her attraction to the Assassin's Creed role came from a desire to play "an action heroine," she told us. Primarily known for her television work on the British drama Hollyoaks, Atkin was looking for something differently paced from what she's used to on the soap opera.

Evie easily satiated that desire. "Evie is an intellectual badass fighting for justice for the people of London," Atkin said. "While she's an attractive young assassin, who at times interests some of the male characters in the game, she is primarily focused on her mission."

That the game doesn't get bogged down in presenting Evie as a purely romantic or sexual object was integral for Atkin's willingness and ability to perform the role. Despite coming from a television background and gaming when she has the time, she recognized the privilege she had in playing the role of Evie. "It means the world to me to be able to bring this character to the forefront of this major franchise," she said.

Atkin wasn't aware of the discussions that occurred during the lead-up to the release of the previous Assassin's Creed game, Assassin's Creed Unity. Speaking to Polygon at E3 2014, Ubisoft creative director Alex Amancio explained that the multiplayer game lacked female characters because of the extra development time that creating them supposedly required.

Gamers and other developers criticized Amancio's comments, such as Jonathan Cooper of Naughty Dog, who told us later that producing female characters is no more taxing a project. "You can quite easily put male animations onto the female character, and it can still be good," Cooper told us in 2014.

Although publisher Ubisoft hasn't publicly cited the negative reaction to Amancio's excuses as having influenced its decision to introduce Evie in this year's release, it is notable that not only can you play as a woman, but a member of your in-game crew is transgender, as well.

This diversification of representation, and its increased quality, is something for which Bailey herself has often led the charge. As one of gaming's most prominent voice actors, she's lent her voice to a wide variety of well-rounded characters, female and otherwise. Other games where you can hear Bailey include Persona 4, Tales from the Borderlands, BioShock Infinite, Fire Emblem: Awakening, Batman: Arkham Knight and Infamous: Second Son, among many, many more.

"I lately think a lot about the few roles I've had in the last couple years that have really been [strong women]," she said. This year alone, she's had two notable ones: Along with her role in Halo 5, she starred in Tales from the Borderlands as Fiona, whom she also cited as a character that inspired her and represented a greater shift in the industry.

While she was hesitant to attribute this shift to movements like GamerGate, which last year saw women facing harassment for expressing their dissatisfaction with insensitive, objectifying portrayals of women in games, she admitted that "it sucks that it takes so long, and it sucks that it takes something like GamerGate to make it so obvious that it's not even, but at least people are noticing [the disparity in representation] now."

"Just since [GamerGate] happened, the roles that have come through have changed drastically," she added. "The roles that I am auditioning for and playing are ones that I would not have had two years ago."

But roles like Fiona, Olympia Vale and Evie Frye are becoming more prominent thanks to a similarly diverse variety of influencers. While both GamerGate and its detractors certainly played a part, Bailey herself has increasingly felt comfortable voicing her desire to play a capable woman instead of a "damsel in distress."

Bailey has been more mindful in recent years about selecting the former types of roles, and speaking her mind when a character was toeing the line of falling into the latter camp. As an example, she described an experience during the Halo 5 recording in particular when she advocated for the inclusion of dialogue that had been cut down during the development process. 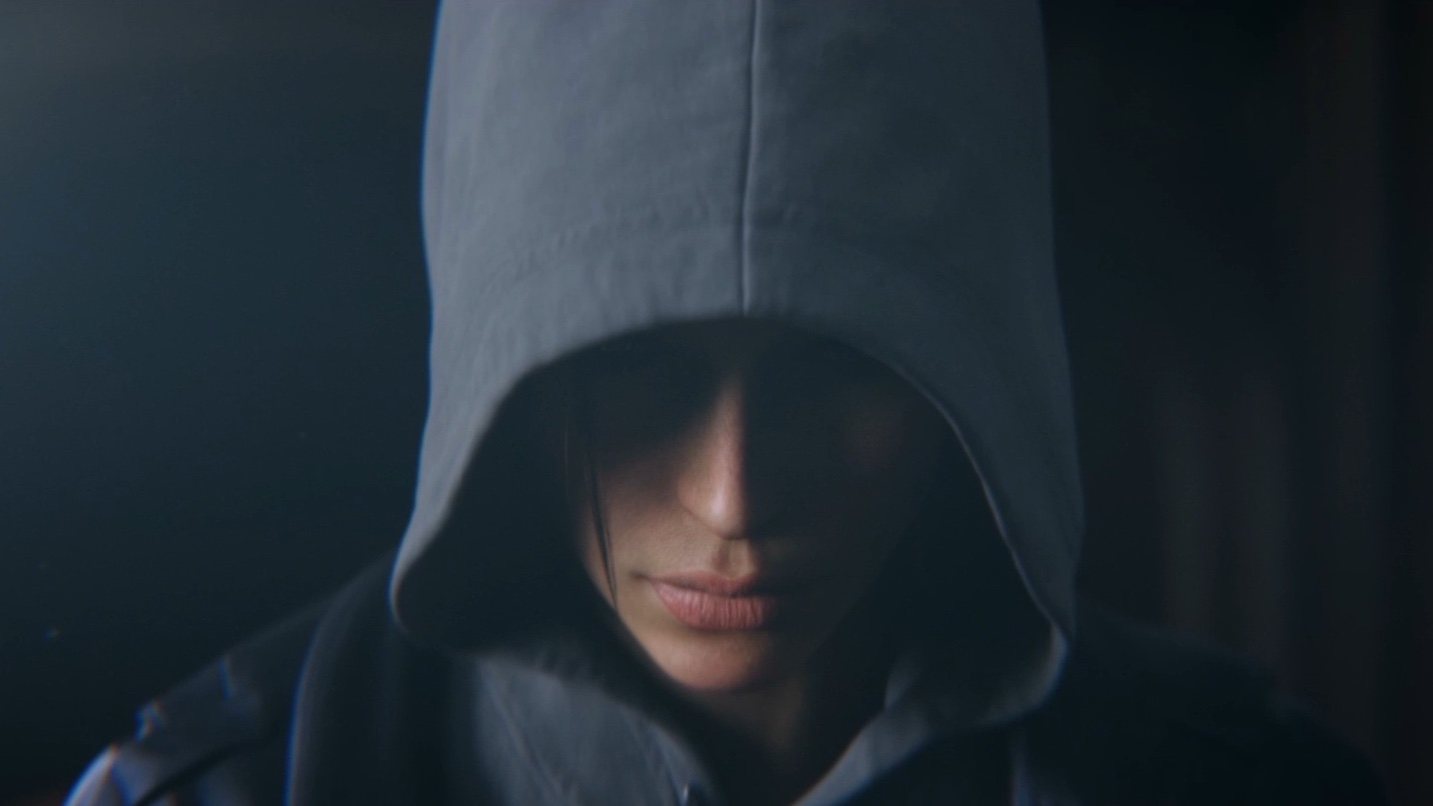 "Without that backstory [that had been cut out], without the knowledge, it seemed like [Vale] was a little weaker, or a little too soft-spoken," she explained. "So I did say that I wanted to go back and pick up that dialogue, because I didn't want it to seem like she was weak."

But that doesn't mean that Spartan Vale became a fully realized character solely at her behest.

"The beautiful thing about [Halo 5] is I didn't have to say that [she was 'weak'], they were already saying that." She claimed that developer 343 Industries was integral to creating this more diverse Halo entry, saying that "everybody [at the studio] is just really awesome. They really want to create a family atmosphere and collaborate, and we all want the same thing."

Atkin agreed that games have taken a step forward, while also suggesting that there's more work to be done. "I think it's apparent that women have been traditionally sexualized in video games, but change is on the horizon," she said.

Bailey, too, recognized that true progress requires the equal participation of both gamers and game developers. "There's always gonna be those creators that are slower to change," she said. "And if [overly sexualized characters] are the type of thing that some people want to make, there's nobody to stop them.

To contribute meaningfully to the trend of deviating from gaming's female stereotypes is a movement Atkin told us she's happy to be a part of, especially with her first job in the medium.

Industry veteran Bailey still finds joy in these kinds of victories, even if she has more opportunities than most to voice the kinds of characters she also loves to play as.

Women are leading the charge for higher-quality, diverse representation

After years of working in video games, Bailey told us that "it's really nice at this point to be able to go after roles that speak to me and that I know are progressing this industry."

Both women hope and expect to continue bringing characters like Spartan Olympia Vale and assassin Evie Frye to life in the future. Bailey teased a possible future for the Halo 5 character, based on the nature of the game's ending.

Atkin looks forward to taking on more voice-over projects after the success of her first. Despite this being her introduction to the gaming scene, the strong female character is an archetype she already feels strongly about promoting. "All women have such intrinsic power," she said. "I often believe we hide it out of fear."