"They looked at it and said, 'Nobody is going to play this game, because nobody wants story content on mobile.'"

It's 2011. Ryan Payton is fresh out of AAA development, where he spent the past several years working for all-star companies like Microsoft and Konami. He's ready for something different and, in this case, that means starting a new, independent developer by the name of Camouflaj. The studio will go on to create a critically acclaimed episodic mobile game called République, but for now, there's one big problem: nobody is interested in mobile games. At least, that's what publishers are telling him.

In a time before games like The Walking Dead, Monument Valley, The Room, Device 6 or any of the other brilliant experiences we now have on mobile, it was a hard experience to sell, Payton explains. It took a lot of impassioned pushing to convince people a great experience on mobile could be "a real thing." Now, as Camouflaj moves ahead with République's Mac and Windows PC release, set for Feb. 26, the struggle begins anew — this time to convince players that a mobile game doesn't just belong on PC, but that it might be the experience they've wanted all along.

The PC version, dubbed République Remastered, is coming to Steam, GOG and the Humble Store with all three of its currently available episodes: Exordium, Metamorphosis and Ones and Zeroes. Unlike the mobile version, which gives players the option of buying episodes individually or buying a season pass, Camouflaj is asking PC players to purchase the entire season up front. Payton says that with three episodes down and only two to go, he feels better about giving them more than half the experience right away.

"I wanted to wait until episode three ... to prove to people who still think we're not going to make it," Payton says. "There are a lot of Kickstarter games that just don't get to the finish line. I want to show them, 'Hey we've got more than half the content. This thing is really happening. You can buy it with complete confidence.'"

But that wasn't always the plan. Payton wanted to release on PC when all five episodes were complete; however, he says the wait would have been too long for those players. Episodes were taking longer to complete than Camouflaj expected. Payton admits that working on the PC version in the midst of the series has slowed the release of the final two episodes, but he says it's a worthy price to pay.

"At this pace, if we finish all five episodes, we wouldn't be able to ship PC until the end of this year," he says, "which is another 10-11 months to have those guys wait. That seems like a little bit much for them giving us $15 in 2012. That's always been nagging on us."

In some ways, Payton jokes, République has The Witcher 3 to thank for its PC release date. CD Projekt Red delayed its Feb. 24 release date to squash bugs and add more polish. Camouflaj was happy to fill the void.

"I didn't know when we were going to ship, because I was like, I'm not shipping the same week as Witcher 3," he says. "And then they pushed."

When the game finally launches, it'll be available in a $24.99 Standard and a $34.99 Deluxe Edition; both include future episodes, while the Deluxe packs in a making-of documentary, soundtrack and playable prototypes — one that served as the foundation for the Kickstarter and a second that became the base for episode two. For the first week of release, players will get a 20 percent discount on both. République Remastered won't be free to those who've already purchased the game on mobile, and there won't be a way to port your saves.

République on PC feels different than the mobile game: faster, smoother ... better. That's the first observation I make while deftly navigating heroine Hope from one hiding spot to the next. I'm blinking back and forth between cameras with more ease than I ever had on my iPhone, which was a constant victim of my frustrated poking and prodding. Everything is easily accessible with a few quick clicks or button bumps, and playing on a screen bigger than my outstretched palm feels less claustrophobic.

These are all very unflattering things I'm spouting off about my mobile experience, but Payton, to his credit, takes the comments in stride. The PC version feels like a more natural game, he says, and it gives people a more deliberate, direct way to control their experience, even though Payton envisioned the game for mobile from the start.

"I feel like with the touch version, people are meeting us halfway," he says. "We try to do a lot of things to teach people that it's a very simple input. We don't ask players to do gestures or anything like that."

PC is the platform that people want République on, he says. He even credits the game's Kickstarter success to Camouflaj's PC announcement; that's when the ride "really changed."

"I hope that we're meeting the consumers halfway [with the PC version], as opposed to cramming this experience down their throats, saying, 'No you really want to play this on touch,'" Payton says.

"But I still feel like people have a hard time wrapping their heads around what we're trying to do ... I'm really proud of what we did on iOS, and it's the hardest thing I've ever had to design in my life."

That struggle is a multifaceted one, from trying to convince people that story content belongs on mobile to fighting with his own team. Payton talks about obsessively studying what iOS users want, and then having to relay that information back to his team — 'no, an iOS wouldn't do that; they wouldn't like that.' With PC, there was far less explaining of how the game should play. The team is full of experienced players. They already knew.

In addition to some standard mouse and keyboard controls and a new user interface, République Remastered also sees another upgrade: the game now runs on Unity 5, rather than Unity 4. For the last six months, Payton says, Camouflaj redid every art asset to make République look and feel like a PC game. The visual difference is immediately noticeable and the game is undeniably better looking. Payton says he's noticed a few new things he didn't expect, even. When zooming in on a computer monitor he's seen "literally, 500 times" in the game's world, he got a bit of a shock.

Payton concludes with a laugh that while it's cool to have a few Easter eggs, he was still embarrassed. And iOS users may soon find themselves lacking the same in-game jokes, too. Payton says that eventually, Camouflaj will port the upgraded look to the mobile version.

The final mo-cap session of episode five is complete. Now, all that's left is to drive the series home and, like all things, it's easier said than done. Episodes four and five of République are being developed "Lord of the Rings-style," which is to say concurrently, and they'll have a shorter period between their release than previous episodes.

Camouflaj aims to show off episode four "pretty soon, actually," and is expecting it to be the most divisive entry to date. It will be loved, Payton says, and it will be hated. That's part of the plan.

"We knew [episode four] was going to be the one where we flip the table over," Payton says. "I want it to feel different. By the time players get to episode four, I feel like they're ready for a big change. I want to surprise them."

After the game is finished, there's potential for console releases, too. Unity opens the door for what Payton says is a long term bet.

"I want our game on every single platform," he says.

Camouflaj is already looking ahead to what's next — and perhaps there are even too many plans, Payton says — but he still feels a very personal attachment to the game and his team. Payton and Camouflaj have sunk hours of crunch time, more than 12-hour days, into their game to ensure its success. He talks about an artist on staff that he sees as having grown up with Camouflaj, that he watched blossom from an inexperienced kid to one of the team's best. He briefly pauses to reflect on the stressful Kickstarter campaign that started in all in 2012, and how close it came to failing.

"You're putting yourself out on-stage for people to ridicule or cheer on," Payton says of Kickstarter. "It's the most nerve-wracking experience I've ever had professionally, by far.

"It was the most embarrassing thing, too. Having a failing Kickstarter is like the worst experience to go through. Everybody interacts with you as if you've just lost a close family member."

In spite of this, and sometimes against even his own logic, Payton says life is better now than in his days of AAA development. He works long hours. He has no 401(k) and no guarantee that his company won't bomb in the coming months, even with the PC release. Still, he says, it feels like Camuoflaj is in charge of its own destiny. That's worth something.

"It's just so liberating, but it's also terrifying," Payton says.

"I do think [République] is a weird game. We tried to do something different, for better or for worse." 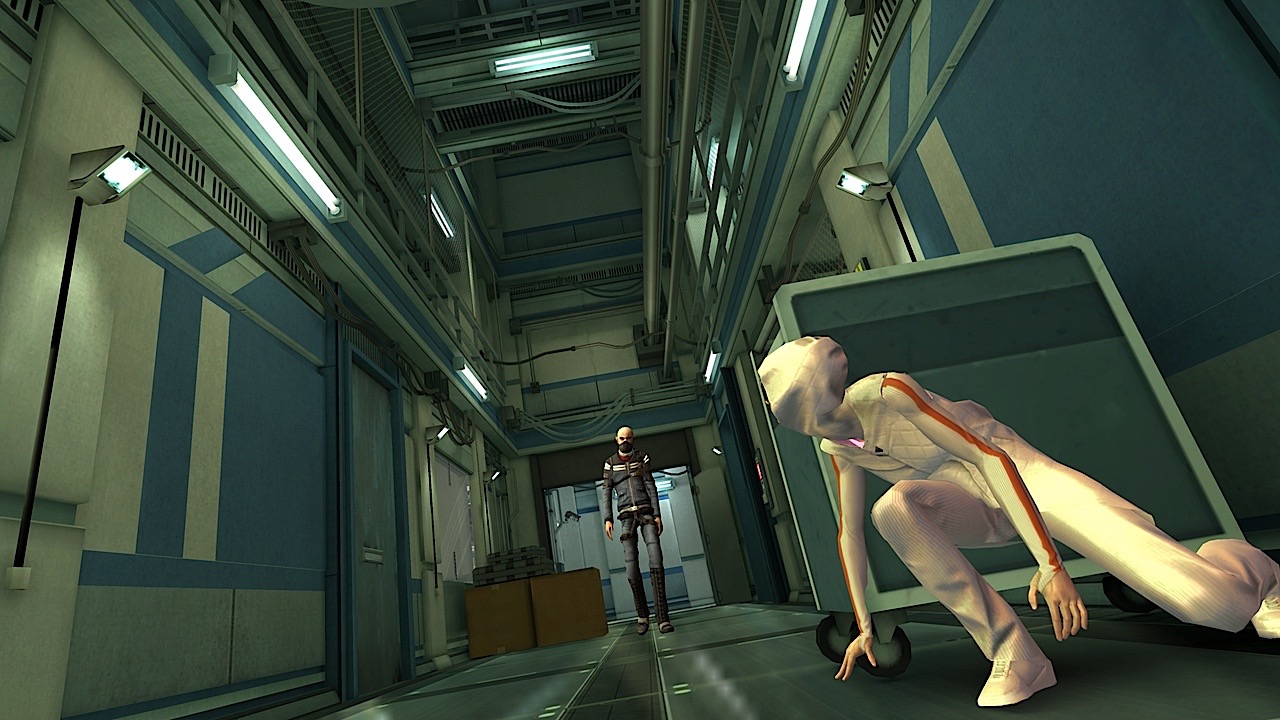 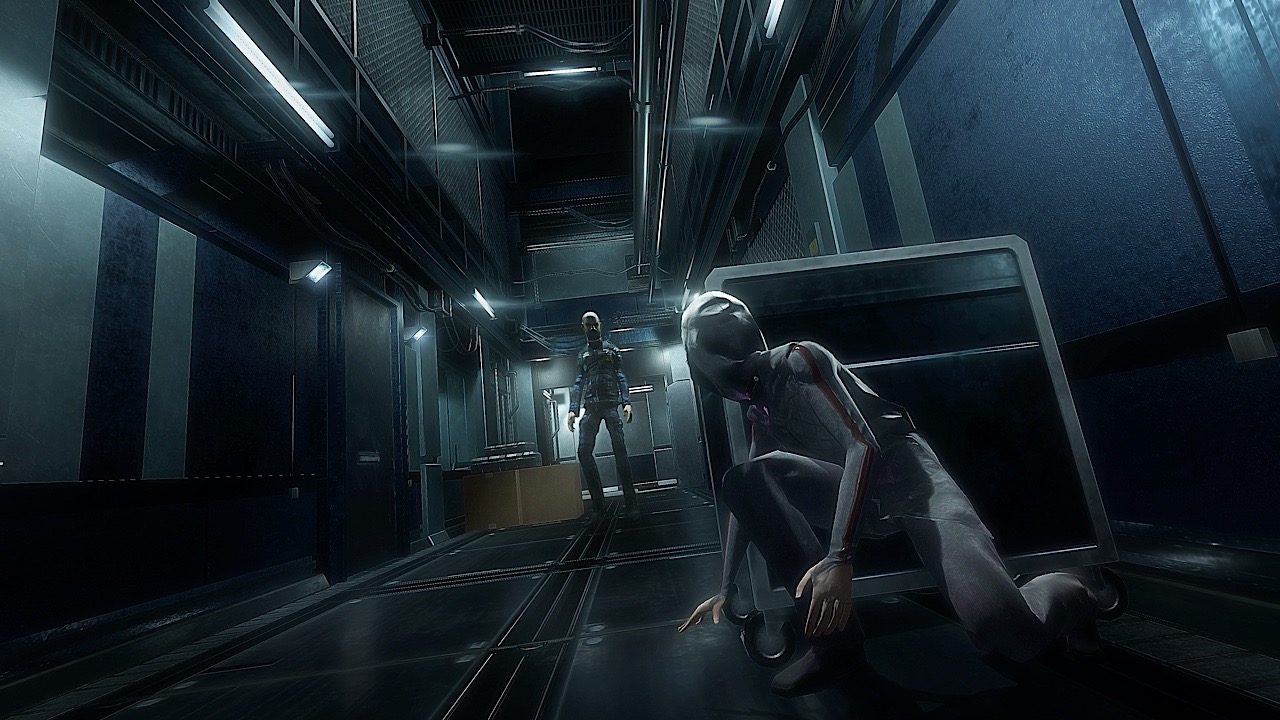 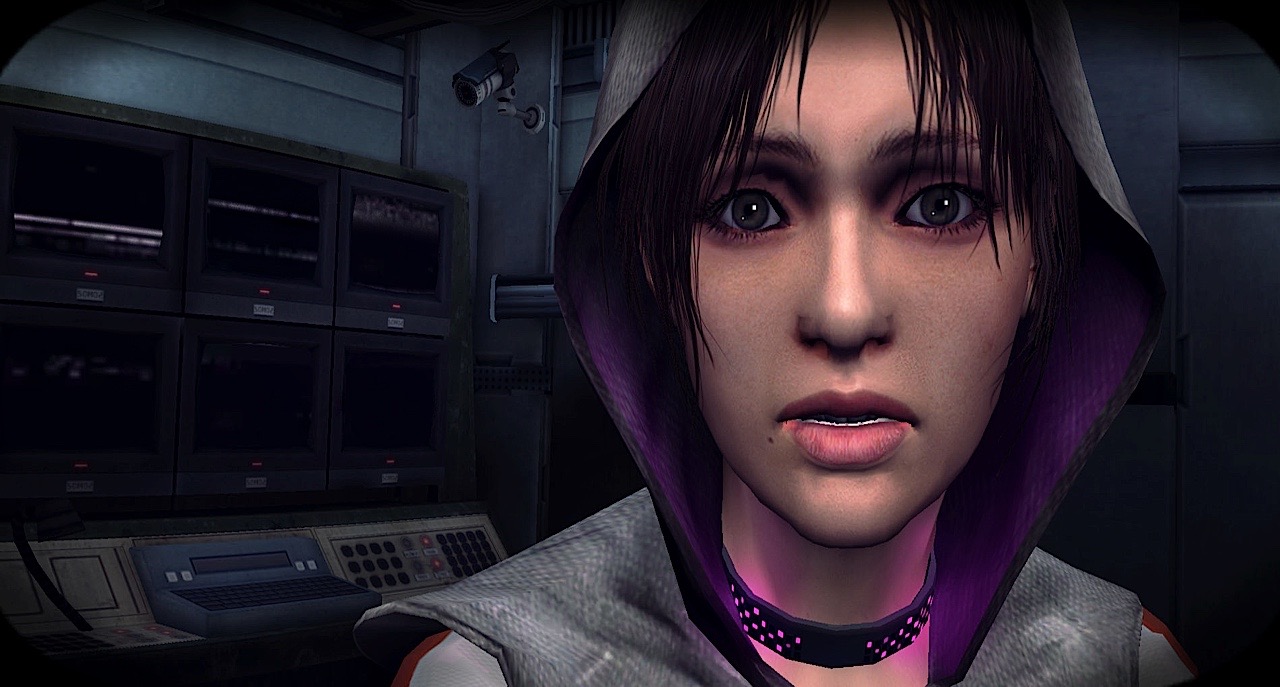 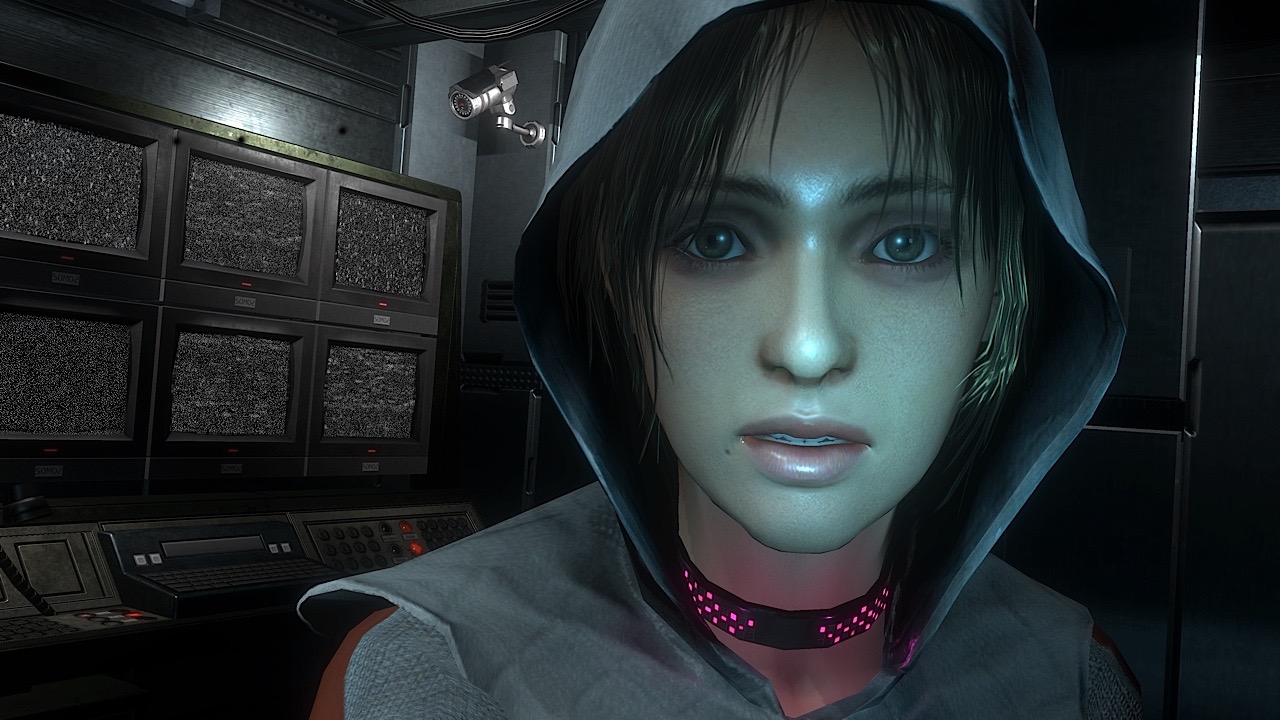 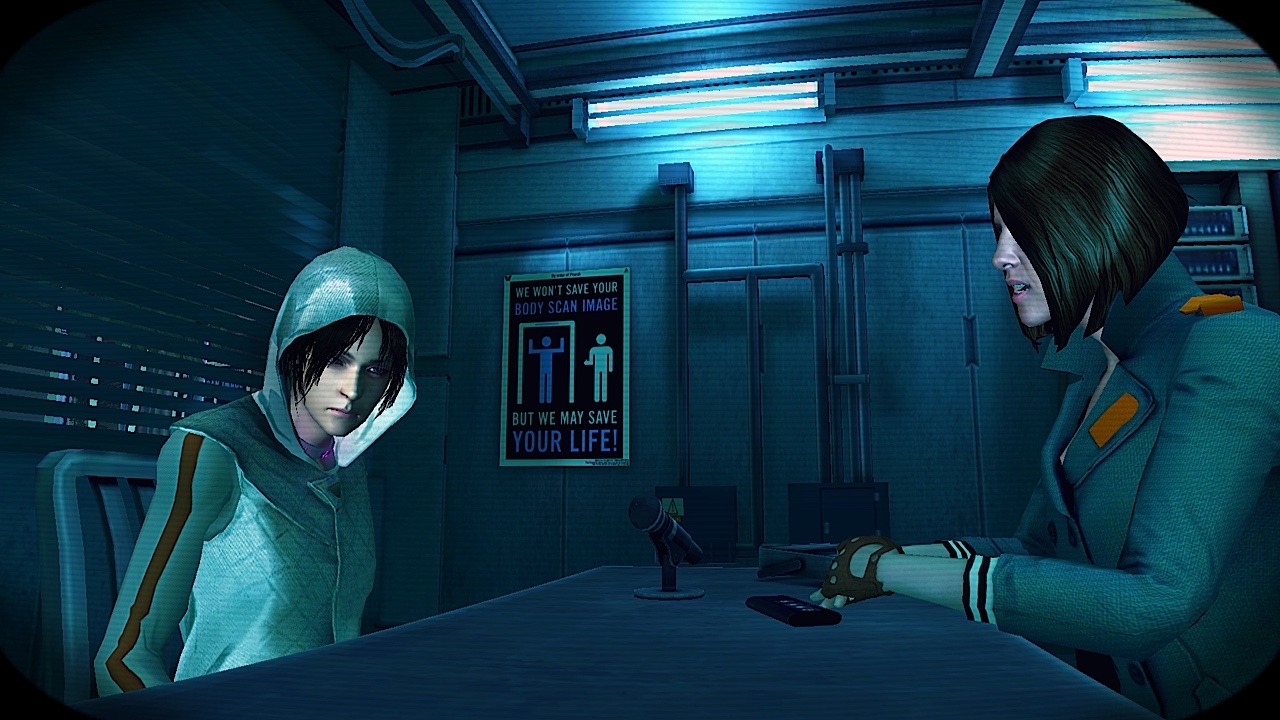 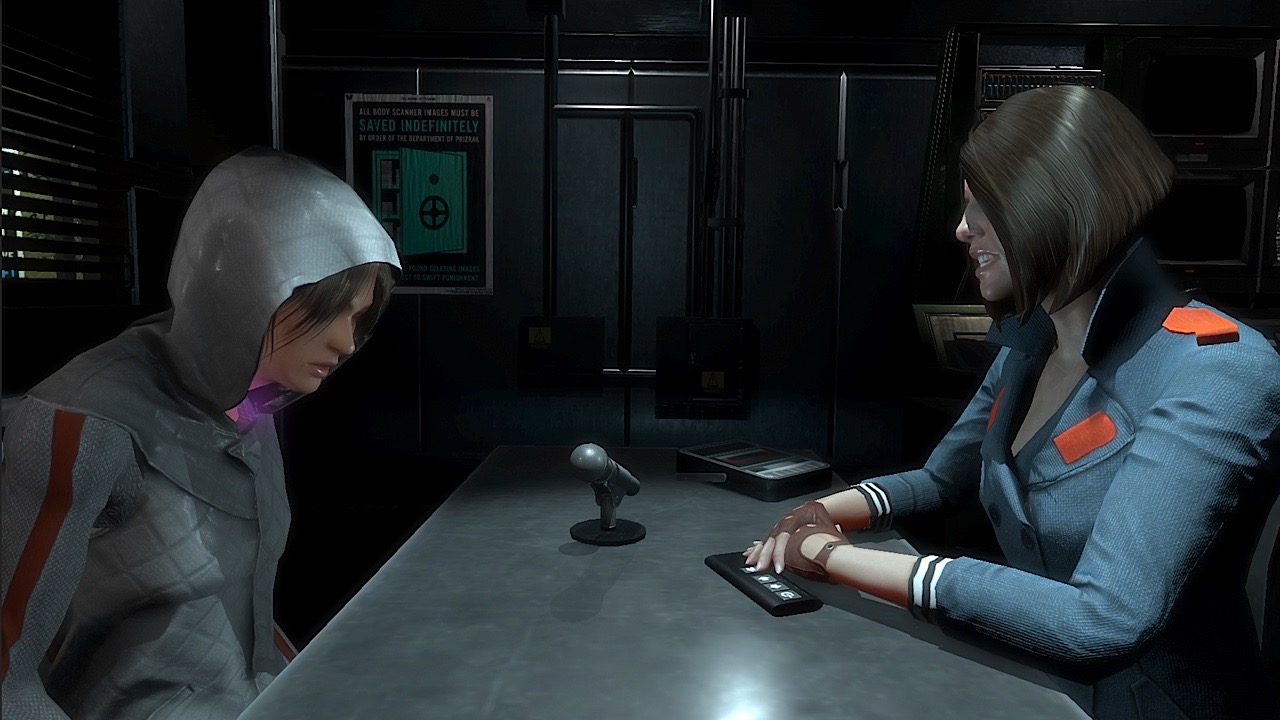 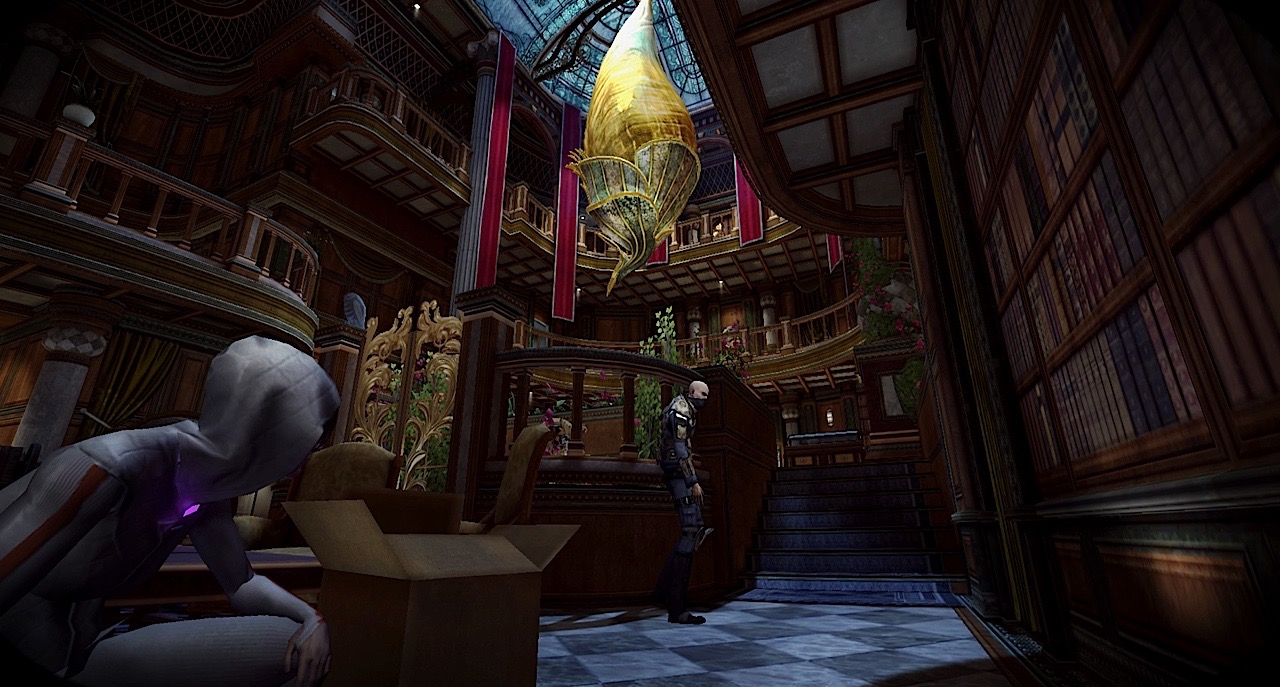 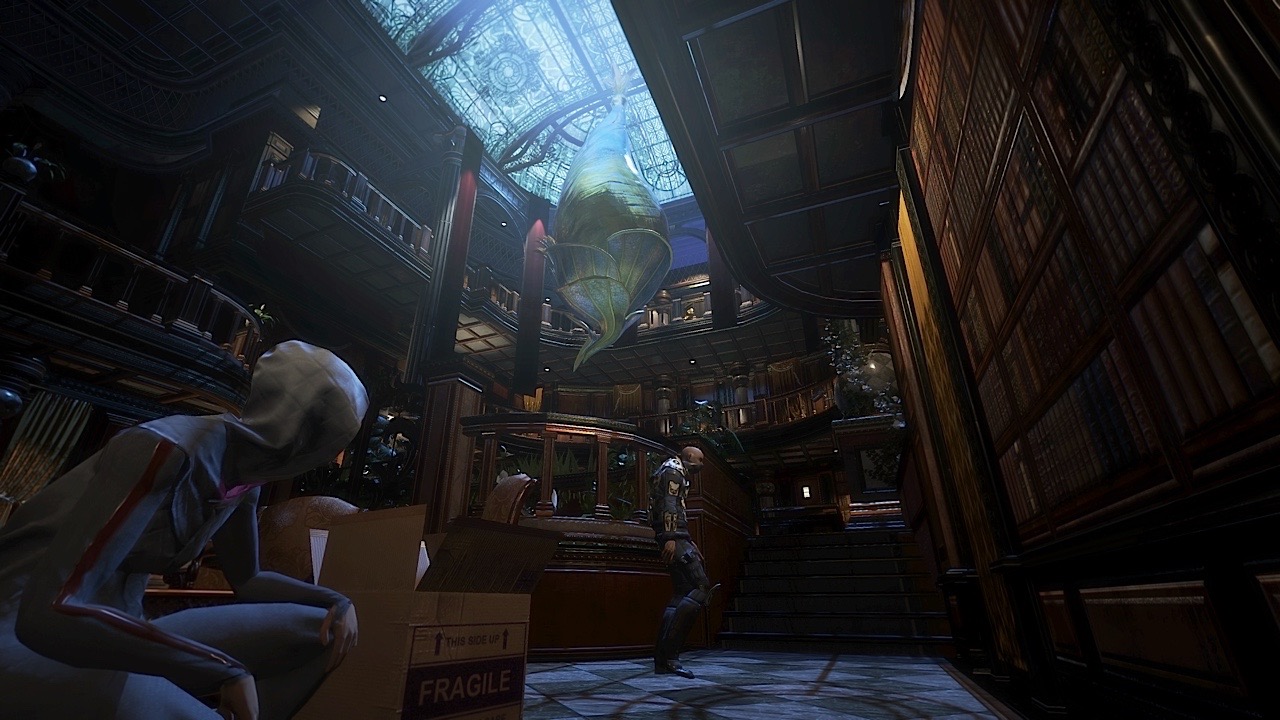 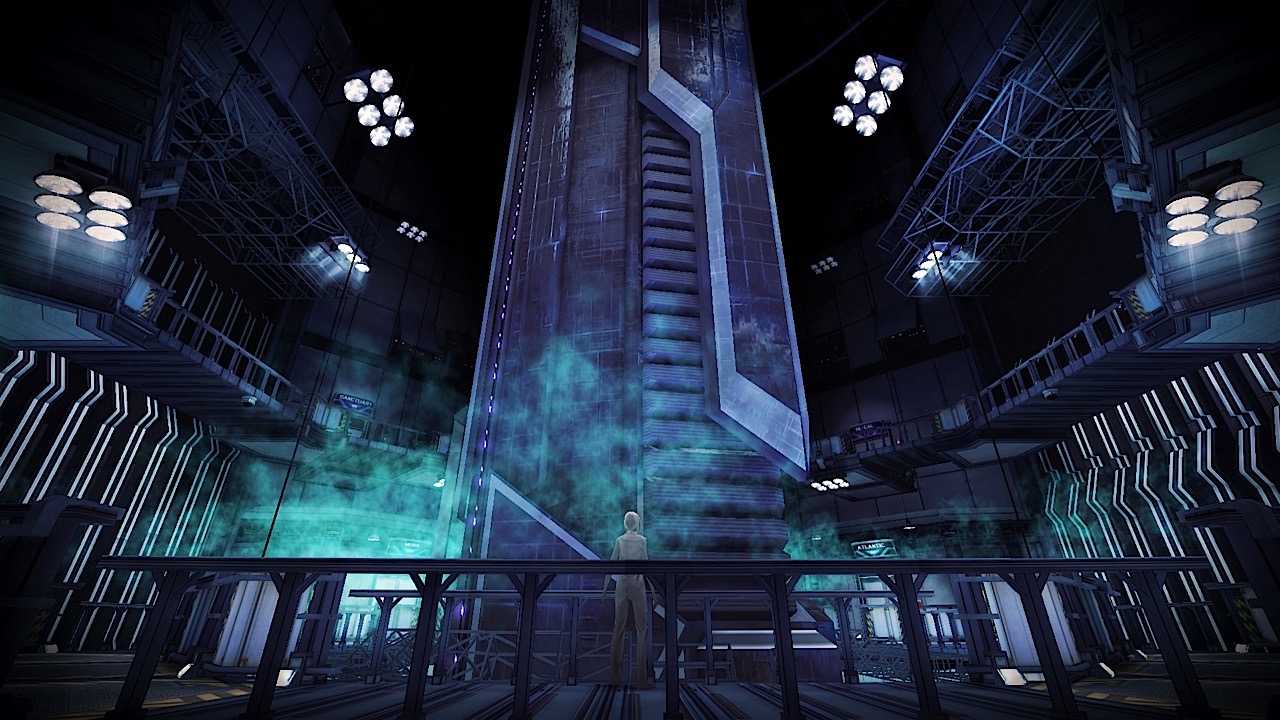 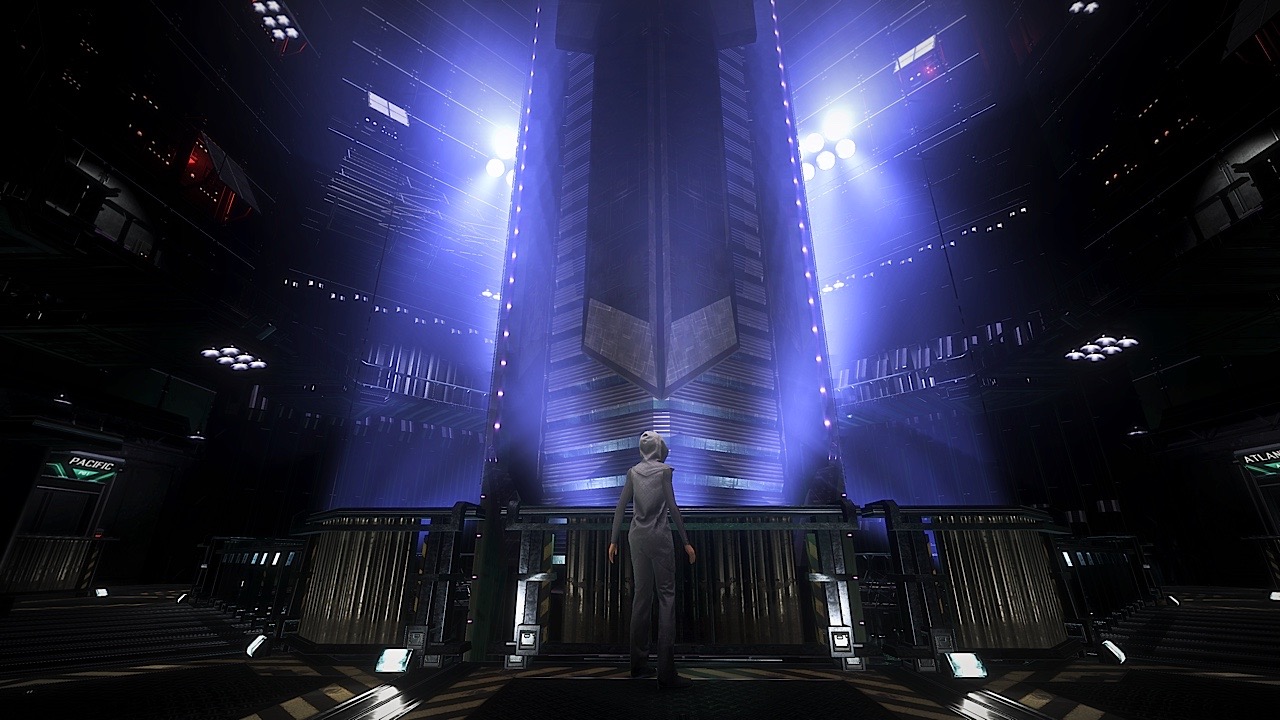 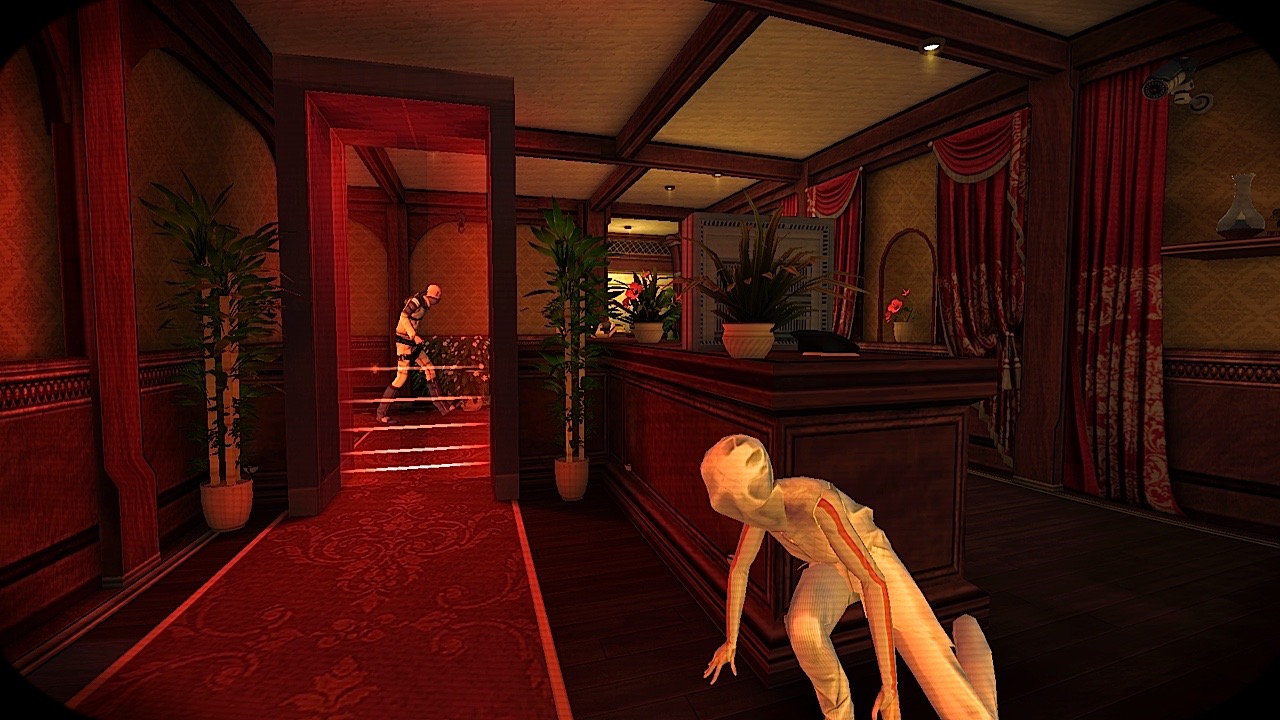 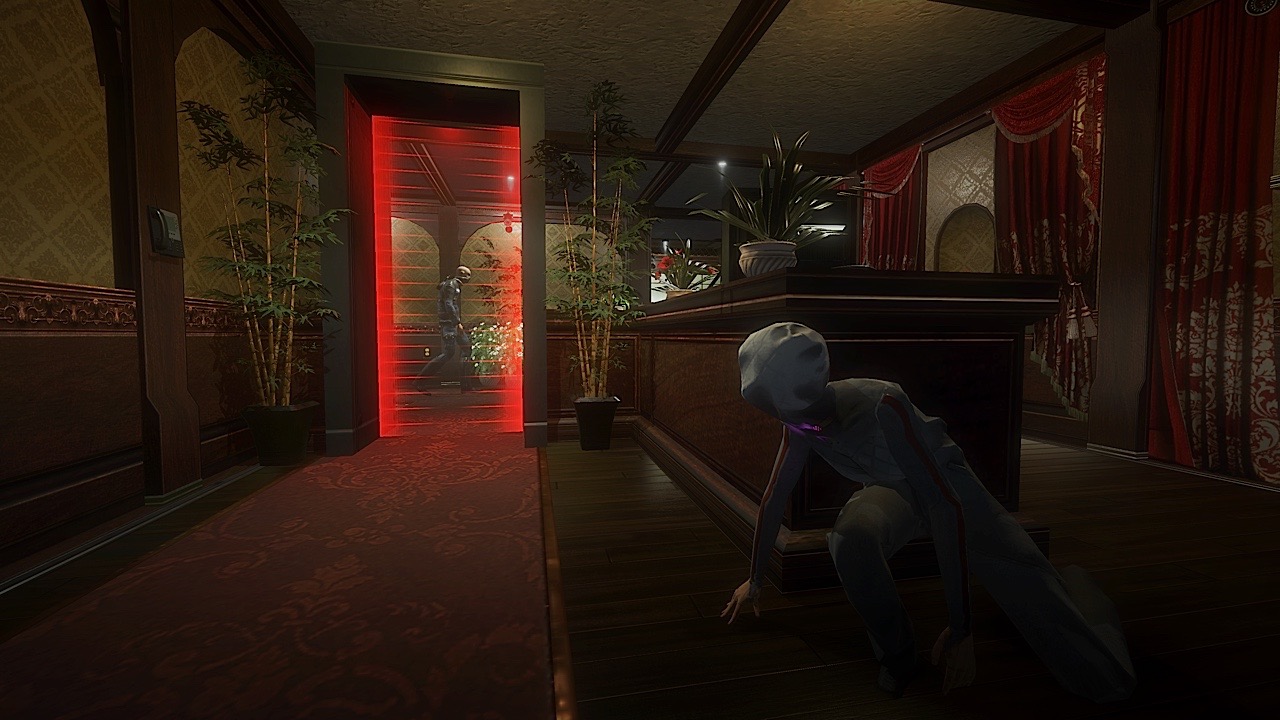 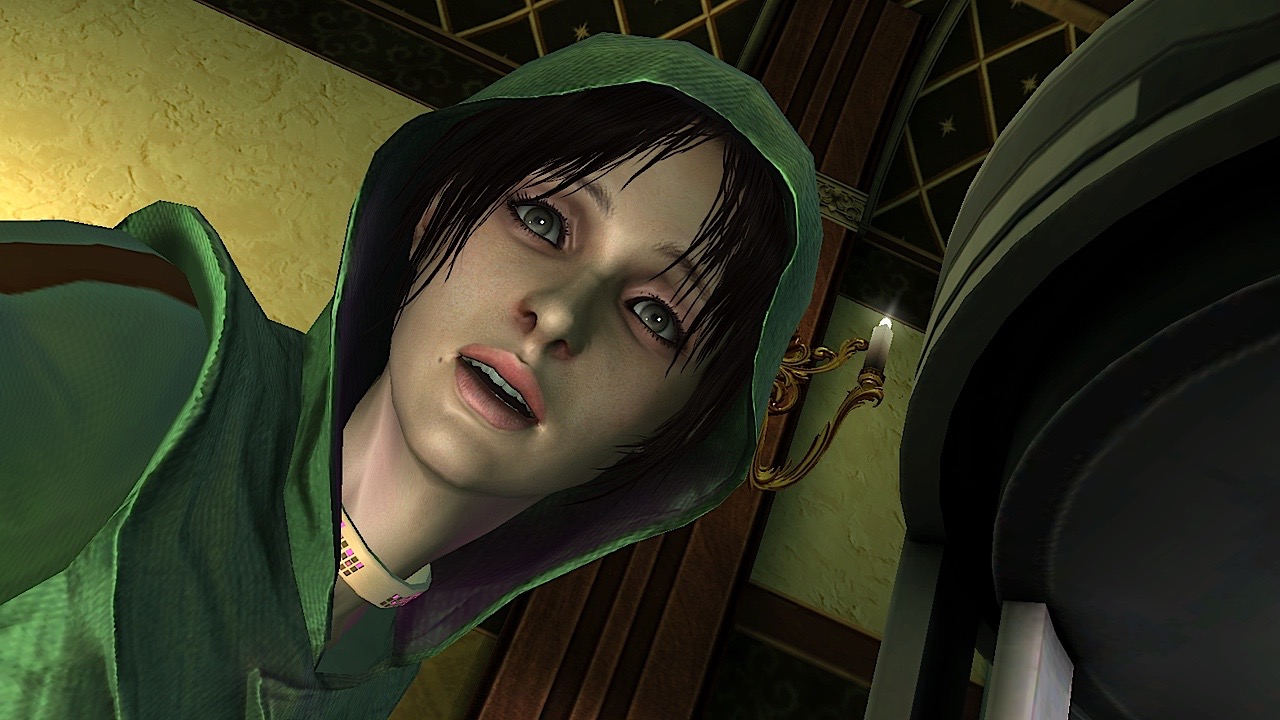 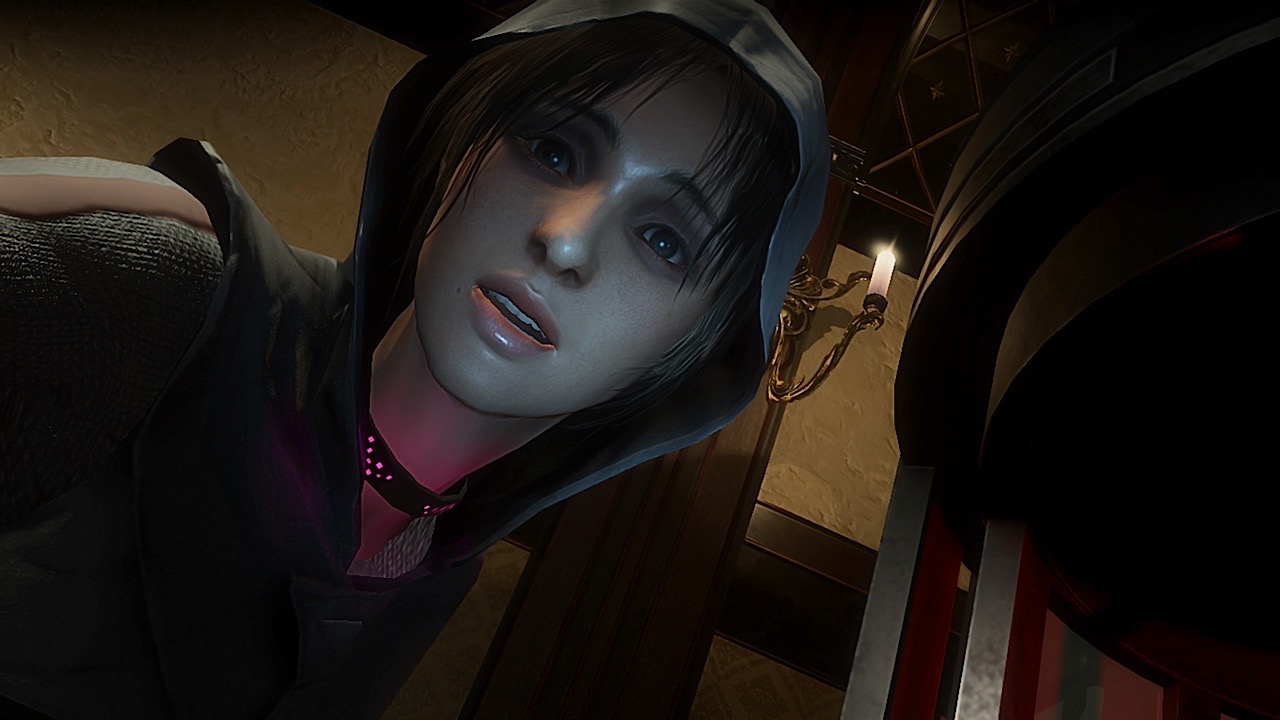