How the NPCs of Battlefield Hardline are more than just goons

Pity the poor character who lives out his existence in first-person shooter games, hanging around, waiting to be killed.

These NPC guards and goons are hardwired with the inherent delusion that they ought to lay down their lives in the service of hunting down enemies or protecting bosses. Even so, few of them look particularly happy when they meet their fate.

As a player, I'm curious about the design of goons, especially now that games accommodate more complex NPCs than, say, the bad guys of Doom.

Today's games, especially those with an element of stealth, have the capability of supplying cannon fodder with feelings. We can hear them speak about their personal concerns, just before we leap over the wall and stick a dagger in between their ribs. It adds an extra dimension to our quest, to our desire to progress along a morally acceptable path.

Recently, I spoke with the makers of Battlefield Hardline, a game that incorporates the franchise's famed mindless gunplay, along with unusually heavy stealth elements and a selection of characters offering a little more humanity than the usual warzone tropes. 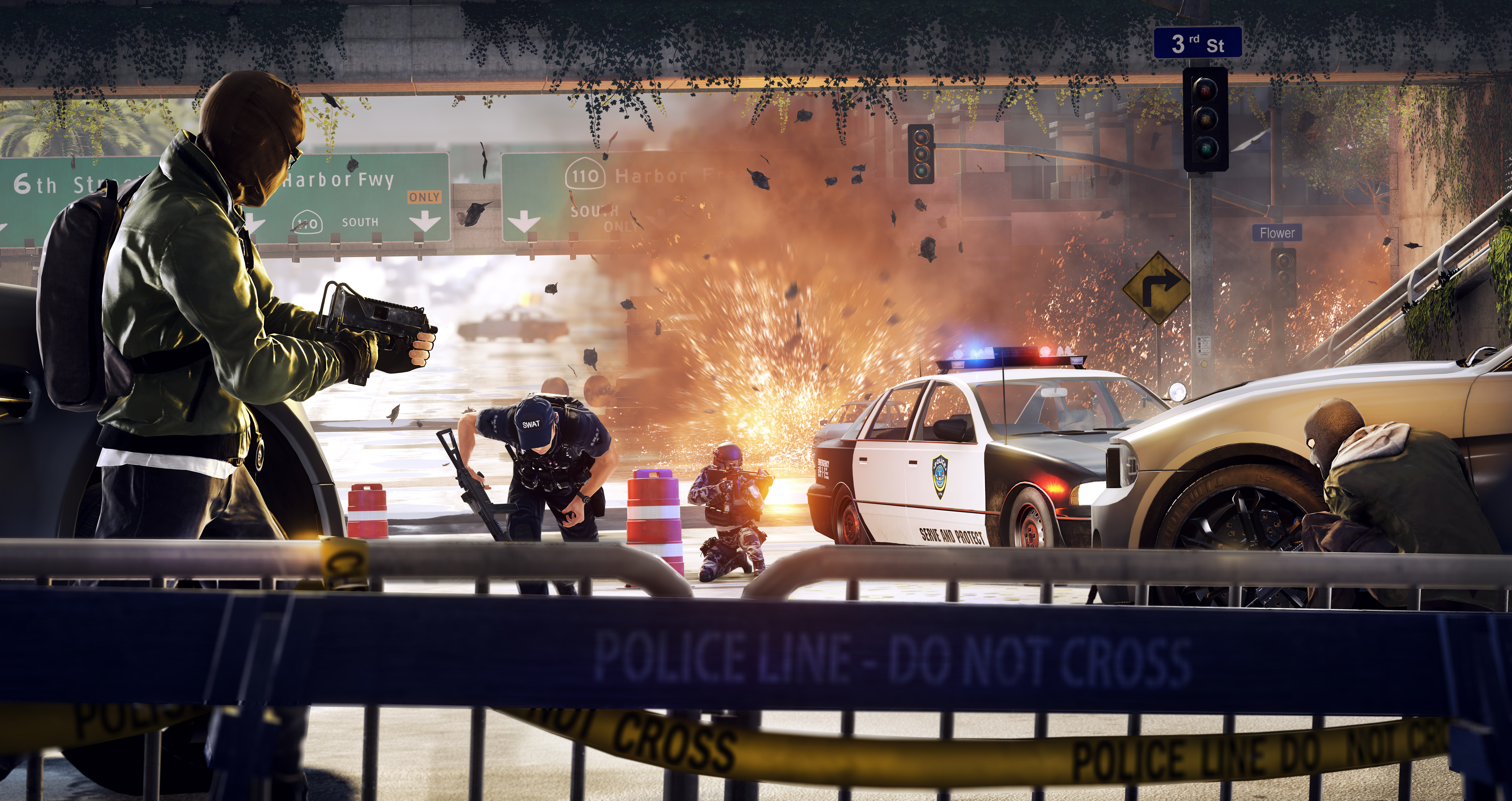 During Battlefield Hardline, the player moves quietly among criminals, striving to remain undetected. The bad guys chatter among themselves. Sometimes they deliver gameplay clues, like the location of a boss. Other times they supply plot fillers in order to make the game world feel more authentic. And then they talk about themselves and their own lives and desires. This is where problems arise.

Writer Rob Auten told me that one of the difficulties he had with this game was creating thugs who were engaging enough to seem realistic, but not so engaging that the player might feel guilty about shooting them.

"I wrote one about this guy getting back together with his ex-girlfriend," Auten explained. "Someone on the team pointed out that 'hey idiot, this is someone you are about to shoot in the head, not deliver flowers to,' so we decided, let's not go down that route. We had to cut out the dialog and make it more informative. We had to make sure the bad guys felt like bad guys so the player isn't as emotionally conflicted about the gameplay."

Of course, these avatars are merely artificial intelligence, but they are also creations of their makers. It makes me feel sad that the guy getting back with his ex-girlfriend is not permitted to enjoy an emotional existence. He almost got to be a virtual human being, even briefly, before a few million actual human beings blew his head off.

I'm the sort of player who wants to know this stuff, who wants to wrestle with the problem of shooting the dude and surviving (and feeling bad about it), or letting the fellow live to see his partner.

But game designers know their audiences, and there are certain understood boundaries for goons. "Part of the cops and robbers fantasy is moving among the bad guys and being in the same room," said Auten. "So you have an opportunity to hear more from them. In some cases we made them too charming and people felt bad about shooting them or wanted to hang out with them instead of fighting them and that is no good."

The cardinal sin of thug design is making the bad guys seem more interesting than the central character. "You don't want anyone cooler than the player showing up. Players don't want to feel like they are on the side of the squares, interrupting this cool party of fun guys." 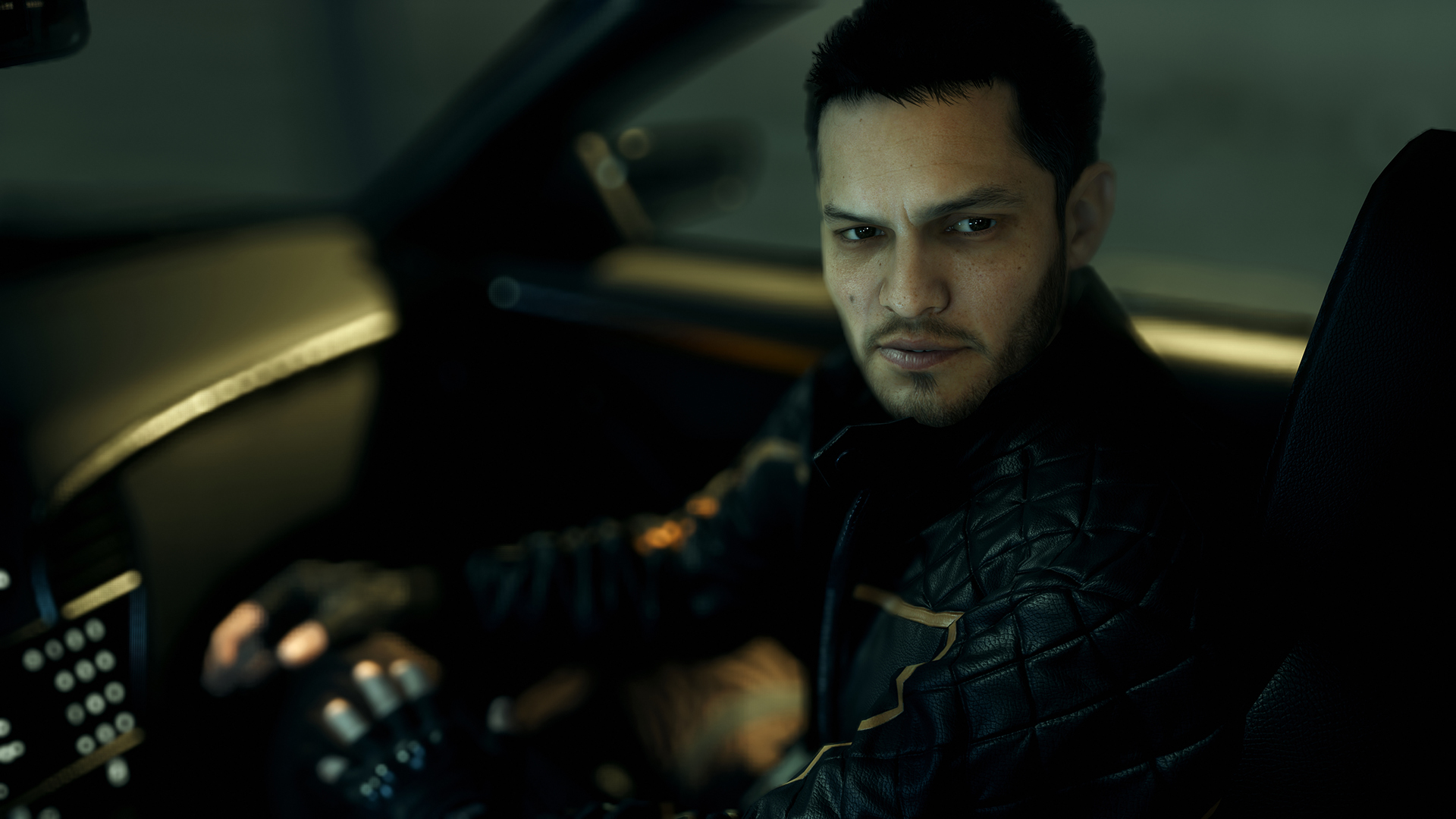 Writing dialog in Battlefield Hardline is more of a challenge than in most military games, simply because criminals are more layered than soldiers, at least on a fictional level. In games, soldiers rarely have personalities. But Hardline is aiming for a TV cop show vibe, and so the bad guys bully, wriggle, hustle and squirm according to the circumstances. They have lives beyond the arena of battle.

Developer Visceral Games tried talking to real cops about key dialog sections, but that turned out be less helpful than you might anticipate.

"We talked to a lot of cops," said creative director Ian Milham. "Here's the thing about cops. If you ask them, 'what do you say when someone pulls a gun on you' what they say is, 'put down the fucking gun.' They are like, 'What do you think I would say? What would anyone say?' You have to have a little bit more leeway and a bit more fun with it."

"You don't want anyone cooler than the player showing up"

So, the player character gets the best lines. Once again, the NPCs are stiffed. Not only must they be slain, they don't even get to exit the stage with a natty one-liner. "Uggggggghhhhhh," isn't exactly one for Webster's Compendium of Famous Last Words.

The writers on games like this are torn between creating rich, believable characters, and cleaving to sets of rules about games laid down by designers. Apart from just making the player feel good about dishing out slaughter, there's also the dreaded threat of boring the player.

"You don't want to be sitting around and hiding in a bush listening to these guys chattering away," said Milham. "We've all been in stealth situations where the two AIs are standing and having a conversation and then they are going to break away on their separate patrol paths. We wanted to avoid that set-up where the player is like, fine, get done with the conversation and go on your path so I can take you down individually."

Auten talked about some dialog cuts between two goons who were hanging around discussing bird-watching. "The player needs to read what [the NPCs'] intentions are. Maybe they are on a patrol or they are heading to a specific place. This is critical gameplay information for a player who is trying to stay undetected and arrest those guys. If they are talking about bird-watching, which is a real example, that is not very helpful to me as a player, to listen to these guys discussing warblers, instead of 'hey, we need to go back into this warehouse.'"

Dialog is created by writers, designers and voice actors. It's interesting just how much give-and-take goes on during production in order to find the right balance between emotional punch, realism and gameplay practicalities.

"Rob and the team write a lot of dialog. Then the recording team make additions," explained Milham. "Then we play it and we realize there are giant gaps and either it isn't informative enough or the combat set-up has changed and we need to provide more information."

The team will play the game some more and improv scratch tracks at their desks. They'll drop in their own dialog as they are playing the game. Those recordings get tidied up by the writers and finally honed in the studio.

And although the in-game villains are a little more human than those who have come before, they are still born to be killed, and everything that comes out of their mouths is really just leading them closer to the end.

"I'm a big fan of the non-violent path and my heart does go out to some of these bad guy avatars, so I thought if we make them likeable people maybe will be more inclined to shoot them less frequently," said Auten. "But at the end of the day there needs to be a middle level of interaction."

Polygon's review of Battlefield Hardline will be published next week. The game will be released on March 17.