A battle game is trying to bottle the most fun aspects of competitive turn-based strategy.

Their first game idea was a joke, an MMO based on classic coin-op Asteroids.

To be fair to them, Keith Lee and Emil Anticevic were just shooting the breeze, coming up with goofy game ideas to pass the time. They'd been introduced to one another by a mutual friend who worked at League of Legends developer Riot, and were sat together watching a pretty bad League of Legends contest.

The conversation turned to tactics games, such as Advance Wars and Final Fantasy Tactics. That's when things started to get serious.

"We started talking about how we would love make a Final Fantasy Tactics-type game and we ended up getting together later and making this dumb paper prototype," recalls Lee. "We played it for the longest time. We had hex dice and kits that we bought online for like $40. It was 1999 nerd mode. Pathfinder miniatures and D&D dice."

"But we are programmers," says Anticevic. "So the more we played it, the more we were looking at each other and saying, 'You know what? We should program this.'" A few months later, they were pitching the game, called Duelyst, to Kickstarter.

Lee had previously been project lead on Diablo 3 while Anticevic built the real-time cloud services for League of Legends, so they went to crowd-funding with a pretty good pedigree. By the time it ran its course, the Kickstarter for their game Duelyst raised double its $68,000 target.

One year on and the game is nearing completion. But there have been changes along the way. Duelyst was always a tightly focused turn-based battle-game, but the the world's card palette has been increased from a few dozen to incorporate over 300 different units and spells. It's also moved on from being a single-purchase product to a free-to-play game."

You need a game that can accommodate the call of real life.

The basic game is still the same. You build a deck of cards (of 40, from the base of 300), just as in a collectible card game like Hearthstone. You play your cards against a human enemy. You enhance your characters and attack your enemies with buffs and spells, seeking to chip away at their life points.

The game plays out on a small grid, like a tiny battlefield without any terrain impediments, and so position as well as timing are essential tactical considerations. You get four cards each turn, so the game encourages use of multiple cards and combos.

Each unit on the board was created and animated in pixel style by artist Glauber Kotaki, best known for his work on Rogue Legacy. Units cost mana to introduce onto the board, but once in play, are free to be used to their full extent, each turn. Mana increases every turn for both players. On average, a game lasts about 10 minutes.

"Our personal inspiration is the games that we used to play, like Fire Emblem: Awakening," says Lee. "I grew up in Asia where those games were very popular, games like Front Mission. I wanted to make a really cool tactics game that removes all the extra crap and focuses on competitive battle."

I wanted to make a really cool tactics game that removes all the extra crap.

"I have always had an affection for those big map narrative games like Jagged Alliance, XCom, Civilization or Panzer General," says Anticevic. "But our goal was to create a game that is more compact. It's like when you play those games for 40 minutes, there might be five minutes that are really exciting. We want to capture those five minutes."

The focus of the game goes back to that first meeting. Both developers agreed at the time that they enjoyed playing competitive games, but that most games either call for pixel-eyed shooting precision, or for the kind of time commitment that people who are exiting their salad days find difficult to secure.

"You know, if you have just 15 minutes before sitting down to eat dinner with your family, you can't decide to go and play some Dragon Age: Inquisition," says Lee. "You need a game that can accommodate the call of real life. Like, League of Legends is great but once you're in, you're in. You can't just up and leave." 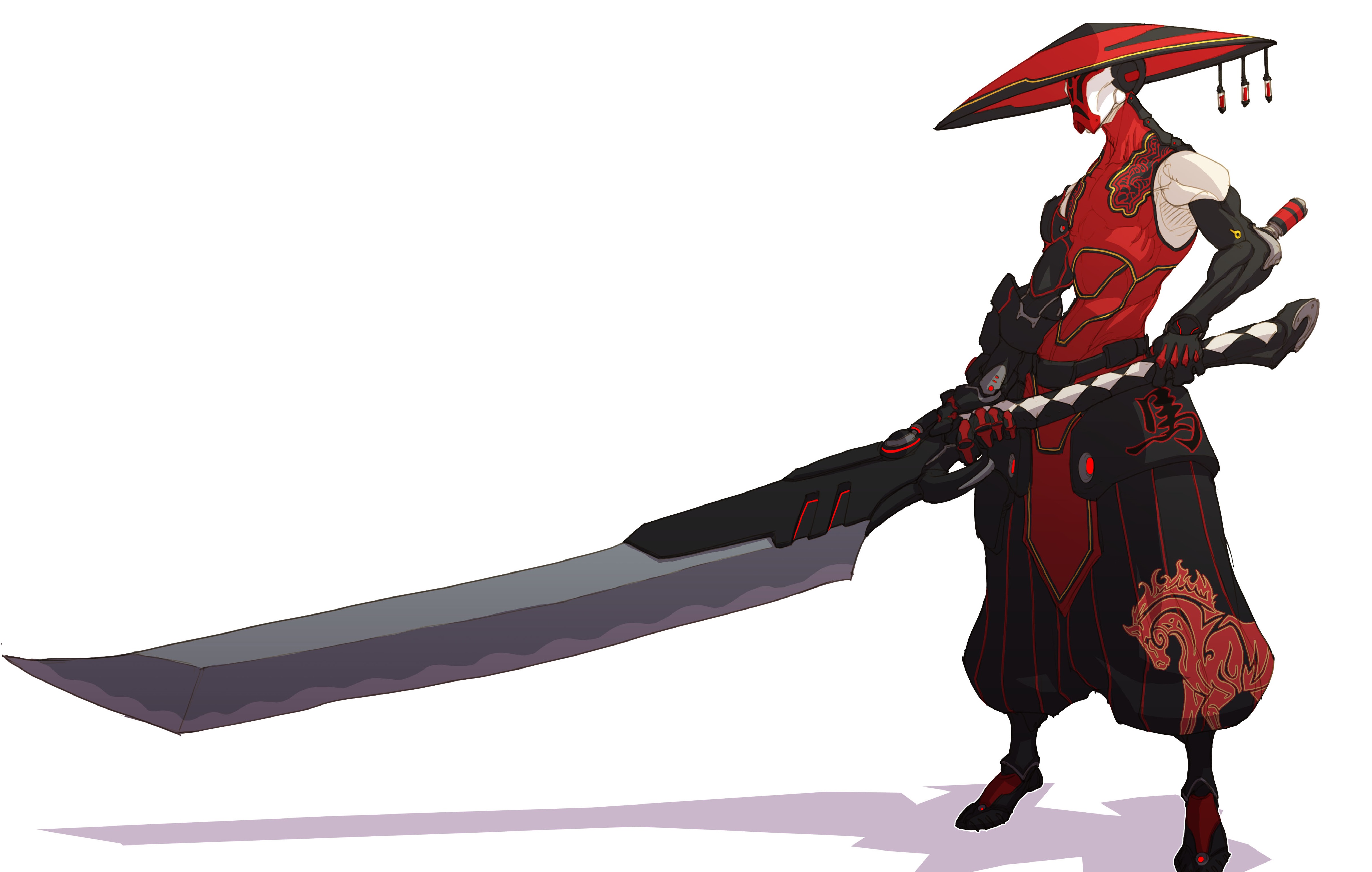 Playing a short demo and cruising the forums, it's clear that this is a game that seeks to merge a simplicity of format with a highly complex range of potentialities. Currently in beta, it is being tested and balanced constantly in order to hit a summer release on PC, Mac and Linux, with mobile platforms planned late in the year.

As well as drafting Kotaki to work on the art, the Kickstarter dough also helped bring in game designer Eric Lang, who specializes in board games and CCGs and has worked with brands like Game of Thrones, Star Wars and Lord of the Rings.

The game's design features five different factions, which each display totemic variations (necromancy, medieval knights, Egyptian alien-tech etc.) but also interact with the board in different ways, both positively and negatively. So, some will be strong when gathered together but susceptible to Area of Effect damage, while others are able to gain power through dispersion but can be picked apart more easily.

"Units often carry weaponized interactions with the board, like chess pieces"

While units often carry weaponized interactions with the board, like chess pieces, they also display traditional wargaming rock-paper-scissors manifestations, so range units are not good against melee units, up-close.

"A lot of spells and abilities are very position based," says Anticevic. "Different factions use space differently to their own advantages and disadvantages. Block with high stats line, split forces, protect value units; this is not available in a standard CCG which is just about laying cards. It starts to move towards cool war games."

Turn-based battle games have a long and rich history, forming the basis of gameplay in innumerable Japanese role-playing games. They generally call for players to pick the best squad and make the right moves against a similarly equipped enemy.

Lee and Anticevic, also known as Counterplay Games, wanted to take the spirit of these quest-and-battle games and put them into a competitive arena game, in which all the extraneous stuff, like story, is pretty much gone.

"The tactics genre hasn't progressed as quickly as I'd like mainly due to the fact that so many of these games were designed primarily as single-player experiences," says Lee. "The way that the units were designed does not work so well in multiplayer. You power-level units and if you can't win, you go back and keep grinding your units until they reach the right level. The designers gate you with bosses and they add storylines. But that is a numeric increase of everything. Our direction is to design a multiplayer game first and foremost."

Duelyst does have a single-player element but, at present, it's little more than a tutorial and unlock-units walk-through. Anticevic says a deeper single-player campaign is something they might address in the future. For now, there are modes that allow players to practise against an AI as well as random pack modes for the sort of players who aren't interested in developing their own packs.

"There's a lot of baggage that has accumulated with tactics games over time, a lot of features and granular details, such as resource management," he says. "When we looked at tactics games we decided not to add features but to eliminate features that take away some of the fun of that five-minute sessions where all the action happens."

Unit draws are random (there is one opportunity to mulligan the selection each turn) but in-battle moves are always fully deterministic and stats-based, with no random dice-rolls.

"If you play some of the single-player missions in battle games, they can be so annoying," says Lee, laughing. "You get ready for a big fight and 20 minutes into the level, they announce that you are being ambushed by a surprise enemy party. Dude, thanks. Now I have to restart. Or you try to blast an enemy, with a 99 percent chance of success and you roll a miss. No. Everything we do is designed so that you know deterministically what you are going to get.

"Competitive players are not interested in a spell that will proc [yield a certain result] a percentage of times. They want consistency, not crazy hail marys. For most people, 70 percent means 100 percent and that doesn't work in a competitive game."

The playing arena is kept very simple with no zooming cameras or rotating playing field. Some stats are public and some are kept private, but each player's moves and unit selections are visible to opponents and to observers.

Clearly, Duelyst has been designed with spectators in mind and has its eye on the great prize of eSports.

"Our expectation is to just grow our community every month and deliver new content every month." said Lee. "We know that being a big eSports game is just so random and outside the control of the developer. But we'd love for it to be spectator friendly and we have designed it to be that way."

Finally, there's the issue of the Kickstarter campaign and the company's decision to back away from making the game an upfront purchase, turning instead to a free-to-play model in which revenues come through booster packs and aesthetic options.

The team says that although a straight-up purchase seemed like a good idea a year ago, they realized that it would be unsustainable.

"We announced it to our backers that we don't want to lose focus. We don't want to be forced to go off to build another game that is going to need to make enough money to sustain this game," says Lee. "If you look at the most successful multiplayer games, they tend to find some way to generate revenue after release. So booster packs and cosmetics make sense."

All booster content can be earned through play. Anticevic argues that this model benefits the player. "We looked at a lot of the other options and they tended towards a ghost town effect and a vicious cycle of lost players," he says. "We've seen it many times, when a game comes out, and then, after a few months, a lot of people leave and it becomes a very hardcore environment. That is the worst for a multiplayer game when the community is so small that you can't create a match-making system that offers fairness and drama."

Kickstarter backers who hate the idea of free-to-play will be offered refunds, but Lee reckons most will be happy with the goodies they receive, and the way the game plays.

"The best thing we can say is try the game out and watch it evolve. Stay with us and if you still think we made a terrible decision, OK, that's fine," he says. "We want to be focused entirely on this game for a long time to come. If I were retired from making games, I would spend my time making this game."