Bleary-eyed, I groan and rise from my dirty bed to greet another gray, empty, lonely day.

This is the depressing opening sequence in Homesick, an environmental exploration game set in a world without people. Post-apocalyptic first-person walkabouts through a drab, crumbling, awful block of tenements might not sound like the stuff of fun, but Homesick is a really lovely thing.

It's a gorgeous three-dimensional piece of art, storytelling and interaction that will likely appeal to anyone who loved Gone Home or Dear Esther. The game-world is a convincingly wrought picture of decay, brought into focus by life and light.

Homesick from Lucky Pause was green-lighted by the Steam community back in 2013, and is closing in on its Windows PC release. It's being developed by Barrett Meeker along with his partner Morgan Wyenn and composer Heather Schmidt.

Meeker spent years creating 3D environments for TV shows, commercials and movies that, he recalls, "would only appear on-screen for a few seconds." He wanted to craft worlds that could be enjoyed and explored at leisure, so he turned to making games. He spent a year at Spark Unlimited working on Lost Planet 3 "learning the ropes and saving up to make my own game."

"The timing was perfect," he tells Polygon." Lost Planet 3 was wrapping up and with it came all the trappings of crunching to the end and longer mandatory hours. I started working on Homesick one weekend and did not want to stop. When Monday morning came I told my girlfriend and business partner [Morgan Wyenn] I just wanted to go in to work and quit so that I could work on Homesick full-time. She talked me into thinking it over a little more, but when I got to work that day they told me I was being rolled off and that was my last day anyway."

Born on a Craggy Island

This was around the time that Dear Esther was released by The Chinese Room. Set on a craggy, deserted island, it plays out its story almost entirely through environmental exploration. It is a superb game, but there is very little gameyness about it, in the sense of solving puzzles or defeating enemies.

"I took a lot of time thinking about a game I could make myself, what my strengths and weaknesses are and what stories I could tell within the confines of my own abilities," says Meeker. "I think making environments is my biggest strength, so when I saw Dear Esther I was really inspired by it. It showed me how engaging a whole environment could be even without interaction and how an environment that is interesting enough could really carry a whole game."

In Homesick too, interactions are sparse. The world is littered with pictures and books which feature text that, at the beginning of the game, is unreadable. There are many things to touch and inspect, but few to act upon. 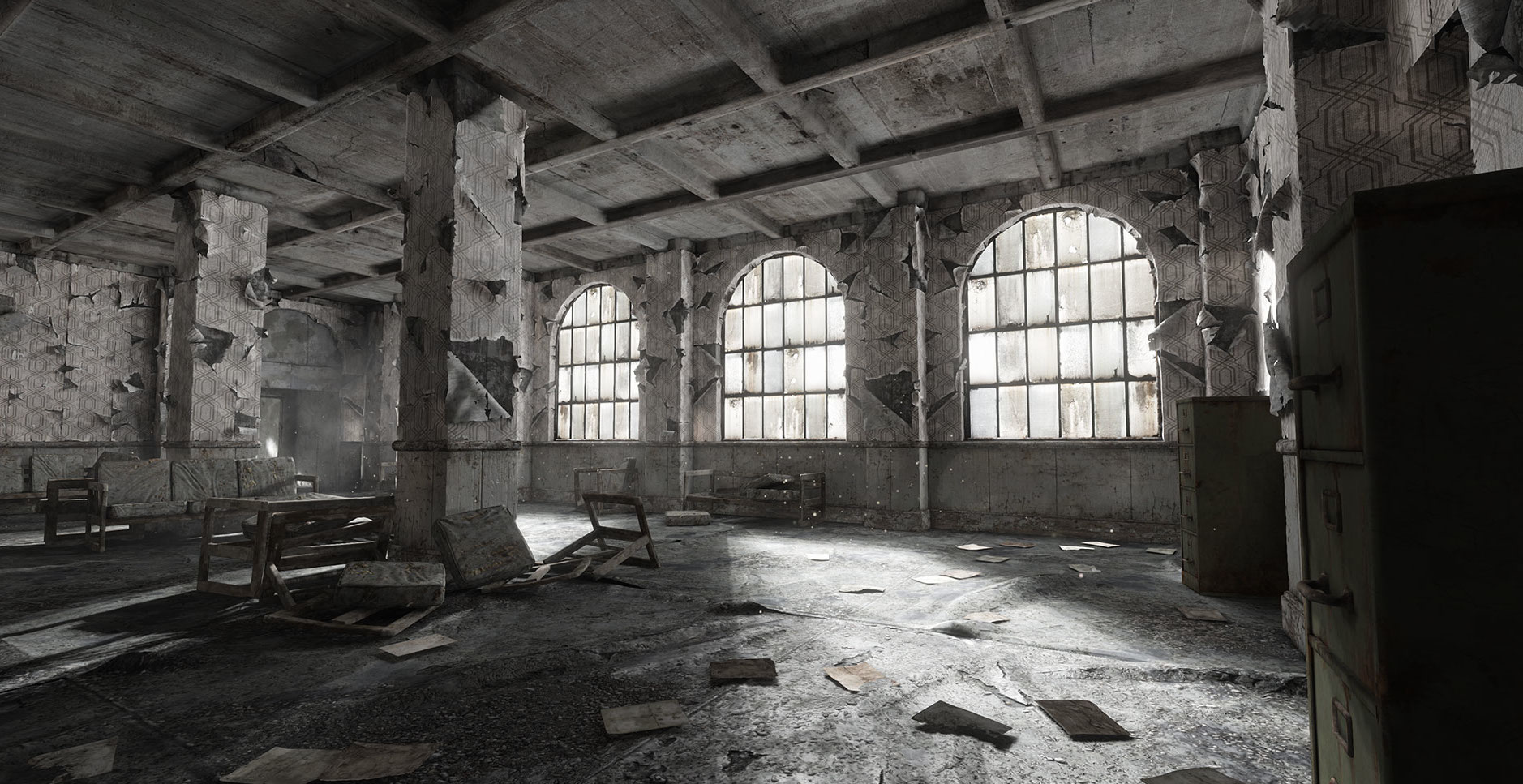 I played for about 30 minutes before resolving a puzzle of any note. It rewarded me with a moment of loveliness, but the game did not open up new vistas of explore-able areas, in ways we have come to expect. I wonder if this lack of things to do will seem boring, to some players.

"I hope players will be taken in by the world and the mystery unfolding in the story," replies Meeker. "You can progress through the puzzles and the building spaces, but you can also explore the layers of the world within each area of the building. The letters, articles, and books at first seem unreadable, but you can learn to read them through the game. Through them you can learn about those who lived there, what was going on, and what happened."

In an early sequence, an ax sits by a locked door, but the ax is too heavy to lift. There are no handy tins of strength-giving spinach to fortify the protagonist's muscles.

"The story is partly told through the puzzles, and I came up with those puzzles together with the story," adds Meeker. "It has been extremely difficult at times to come up with ways to keep them in for the sake of the story, but to use the environment to hint at them in a way that does not break immersion. The other puzzles I wanted to keep as realistic as I could, puzzles you might realistically encounter in an environment like that. It’s certainly been limiting and probably limited the number of puzzles I was able to create, but several of them I think are very satisfying." 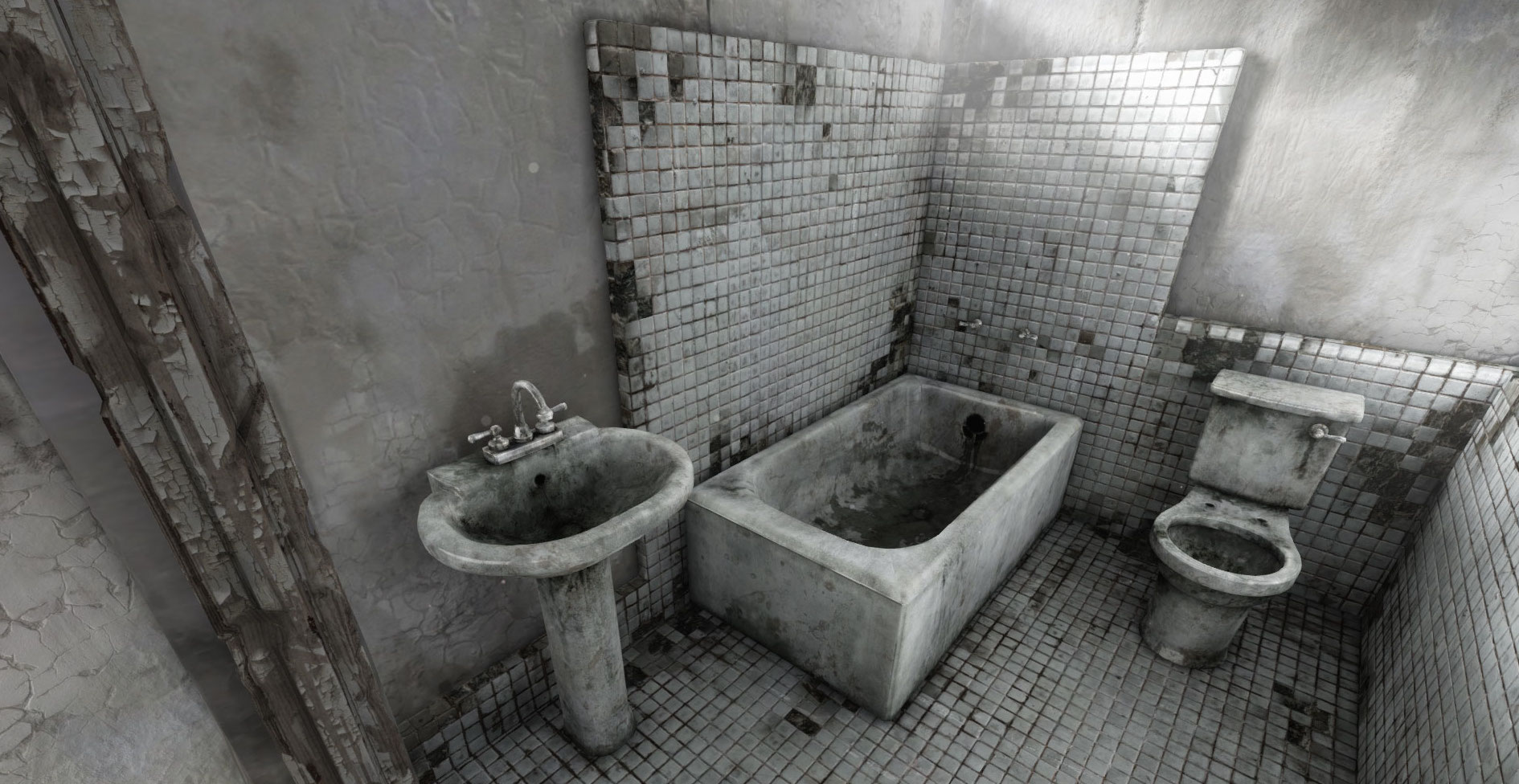 There is an underlying theme of neglect and of nurturing that plays to broader ideas about the environment. "Homesick is in part inspired by my feelings struggling with self-acceptance in the face of the often overwhelming problems in the world," says Meeker."The feeling that I could be doing more, but I’m not, and figuring out how to continue to grow when the world is falling apart around you.

"My partner is an attorney at an environmental organization called the Natural Resources Defense Council. She focuses on fighting to clean up air pollution. We talk about environmental issues a lot, and I want to use my craft to try and make a difference as well. I firmly believe in games as art, and a vehicle for new experiences that can change our perceptions and the way we think."

Wyenn helps with the writing of the game, as well as the business end of dealing with an independent game project. "In my work in environmental law, I fight really hard on behalf of communities facing real injustice, in the form of pollution that hurts their health and the health of their families," she says. "The beauty of working in games is I get to channel all my frustrations, the things I've learned, and my hopes for a better world into the story of the game."

Part of the game story is that it cuts to dream-sequences and colorful fantasy moments, that could not happen in the real world."The story I want to tell is really dictated these supernatural feeling puzzles," explains Meeker. "I love how realistic some games are but I also love how interpretive this medium can be. Just as some of the best writing involves great metaphor, in games we can play them out."

As a child in England, I used to love exploring abandoned factories and workshops. I can remember being about seven years old and rooting through piles of rusting cans and mounds of abandoned electrical wiring. These places were so much more alive than the parks provided by municipal functionaries for the entertainment of kids.

The old factories are all gone now, knocked down or transformed into apartments. But they had a special beauty of their own, when they were neither utilitarian workplaces nor post-industrial domiciles, but dangerous and mysterious places for children to explore.

Homesick reminds me of those places. It is a world of brokenness, set between the life of the past and whatever is coming next. Through audio and nightmare sequences, the past sweeps through the game's halls, like whining gusts of wind. It helps that Homesick is rendered with a magnified eye to detail.

"I want it to be very detailed and realistic, but in a slightly exaggerated way," says Meeker. "In old buildings, like looking down where a hallway takes a bend, there is never a perfectly straight line. Where walls meet with a ceiling, baseboards, or door jam, nothing is perfectly straight. I strived to replicate this in Homesick, with a bit of exaggeration. The dust in the air is another example. It’s a small detail slightly exaggerated. I think of it as a sort of hyper-realism." 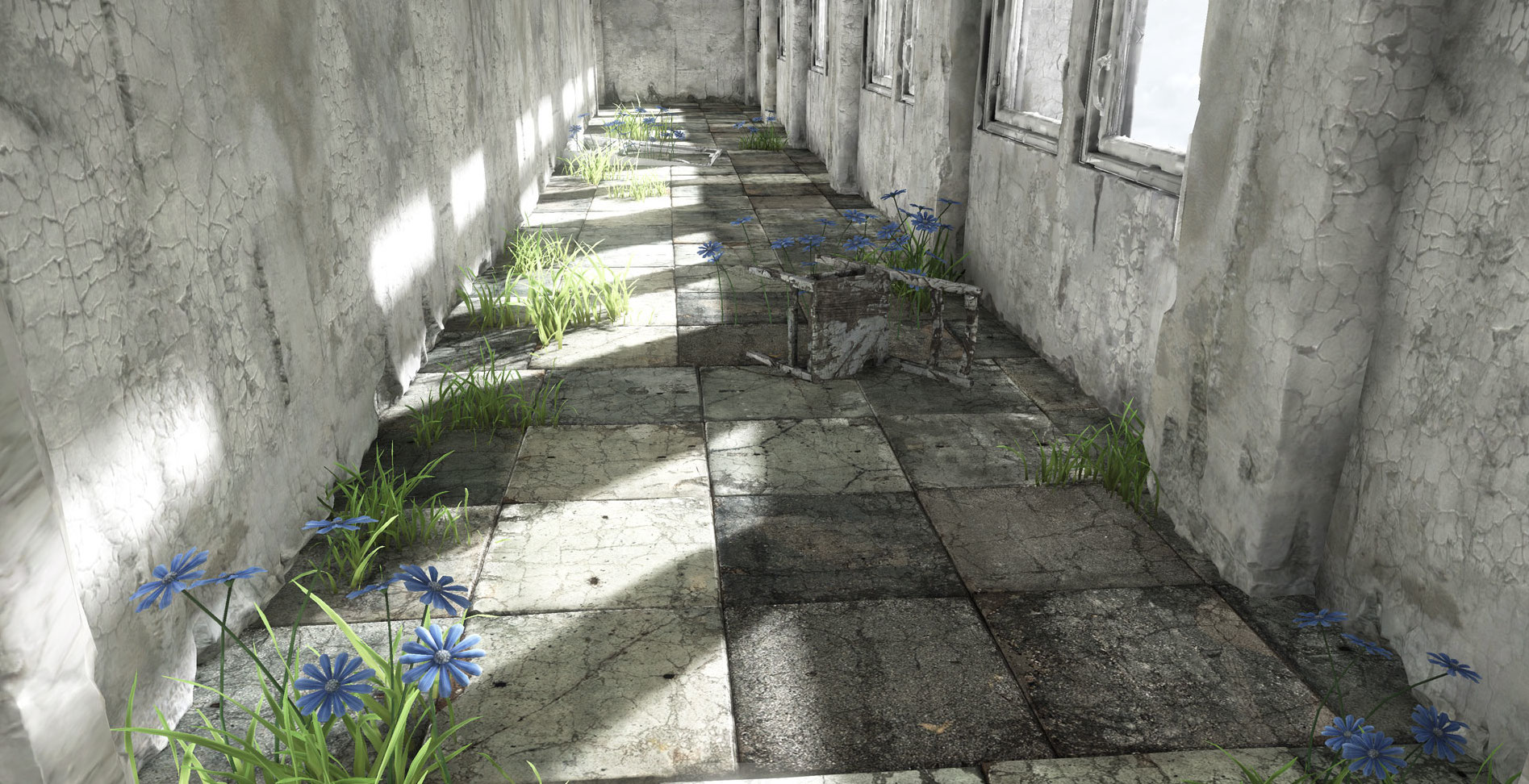 Good-looking games can be interesting and fun, just as worlds to explore and narratives to move through, in a not-quite-linear fashion. The best of them exist as places first, and as challenges and adventures second. This is the charm of the so-called walkabout genre.

"Imagining a world, and then eventually being able to walk around exploring that world is an amazing feeling," says Meeker. "I wonder what the great artists of the past would have thought about being able to create 3D worlds, and to get to explore worlds created by each others’ imaginations in such an interactive way.

"At this point in their evolution, I think the key with these kinds of games is having something emotional and interesting to share, either the story of the world, the characters within it, or a game that’s just really good at making you feel something. Even if all you do is walk around looking and listening, so many different and great experiences can be shared."