The numbers were wildly ahead of all projections. She decided to splurge on a decadent and indulgent treat.

She ordered a strawberry cream cake.

As CEO of the game's developer Colossal Order, she wanted to celebrate the young company's success. Her 13-strong team gathered together in their Tampere, Finland offices and ate the cake. There were a few words of congratulation and some laughs. Then they all went back to work.

"Finnish people are modest," she says. "We don't like to show off. It's in our nature to be very humble and hard working. Being from Finland we don't really do elaborate parties." The cake, she says, was "a classic, very good."

The celebration was all the sweeter because success for Cities: Skylines had been a long time coming. For a while it looked like the game wouldn't get made at all.

Hallikainen and her team had spent years pitching a city building game to publisher Paradox, which the developer had worked with on urban transport series Cities in Motion. Paradox was cautious about embarking on such an ambitious project.

There was a day, early in 2012, when Colossal Order was just about ready to begin work on its dream game, when Paradox looked about ready to greenlight the long-cherished project. But something happened that ruined all their plans.

Everyone who worked at Colossal Order understood what this news meant. Their game was dead.

"There was no point, no room for any competition. The dream died. We were devastated," says Hallikainen. "There was no cake that day." 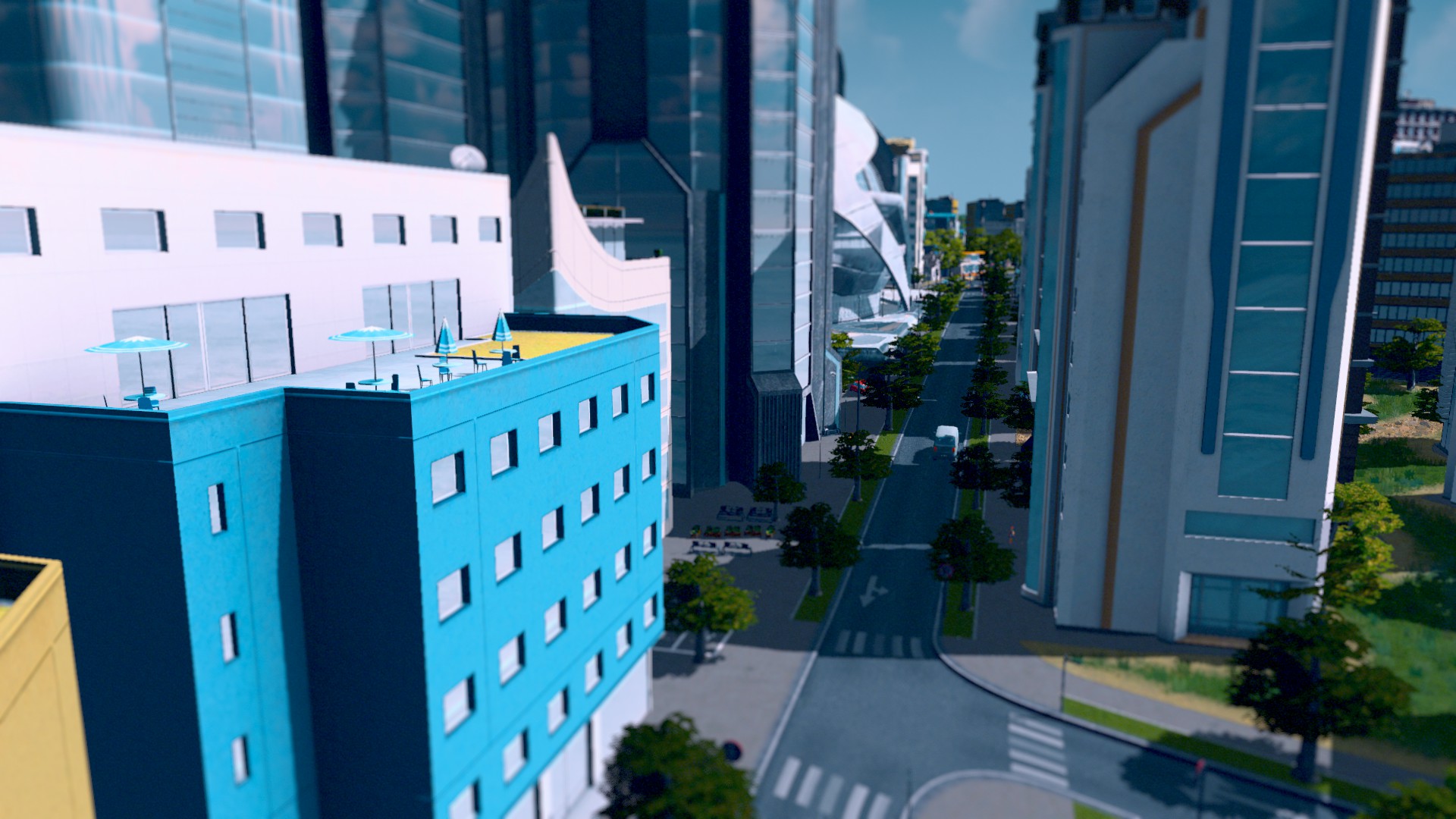 But a year later, Cities: Skylines was revived. And once again, it was Maxis that provided the impetus.

If the initial appearance of SimCity (2013) was terrible news for Colossal Order, that game's subsequent disastrous arrival was a tonic for the little company.

SimCity launched with a demand that players always be online. Publisher EA claimed it wanted to create a city building online universe, not just a standalone game. Critics saw it as an overbearing attempt to control players and diminish piracy. Either way, the experiment failed. SimCity launched in 2013 as a broken game. In the history of game launches, it ranks as one of the worst. Consumers were very, very angry. EA spent months trying to fix the problems, but its Maxis brand's reputation was in ruins.

This episode taught Colossal Order a number of lessons. First, the demand for city building games (that actually work) was very high. Second, there was a clear gap in the market for a city building game that avoided SimCity's mistakes.

"I was sure that SimCity would be so successful that we would have to wait for 10 years to start our own game."

"I had been constantly pitching the city builder to Paradox. I was telling them at every turn, 'OK, we can make a city builder.' And they were always saying, ‘Not just yet,'" says Hallikainen. "After the poor reception of SimCity we saw that there could be room for a city builder in the market. We make games for the passion of making games, but this is also a business and so we have to think what kind of games can we make that also sustain us. Paradox also felt the time was right to make this game, finally."

Fredrik Wester, CEO of Paradox recently confirmed to Polygon that the company was reluctant to launch a city builder straight into the teeth of a SimCity launch and was waiting for a good opportunity to strike. "It might have taken a few more years [if SimCity hadn't failed] but we wanted to launch a city builder," he told Polygon.

While SimCity burned, Cities: Skylines was reborn. Wester and Hallikainen called a meeting and the project was a go.

But it would not be right to view Cities: Skylines as an attempt to cash in on the catastrophe of SimCity's launch.

Colossal Order's game had a history and a vision that predated Maxis' game. The two Cities in Motion titles were well regarded. They had been made with the long-term plan to grow the company to a size and stability that could handle a city builder, a genre Hallikainen calls "the king of simulations." SimCity's failure merely created an opportunity where the game had previously presented an obstacle.

"I feel bad about it," says Hallikainen. "I mean, the game is good, in ways; it just had a really unfortunate start and I don't think people are forgiving nowadays when it comes to game development, or many other things.

"We never really discussed the failures of SimCity. Paradox had their fun with the subject in the announcement trailer, [saying] that you can play this game offline, but we didn't want to emphasize that because I don't think it's fair." 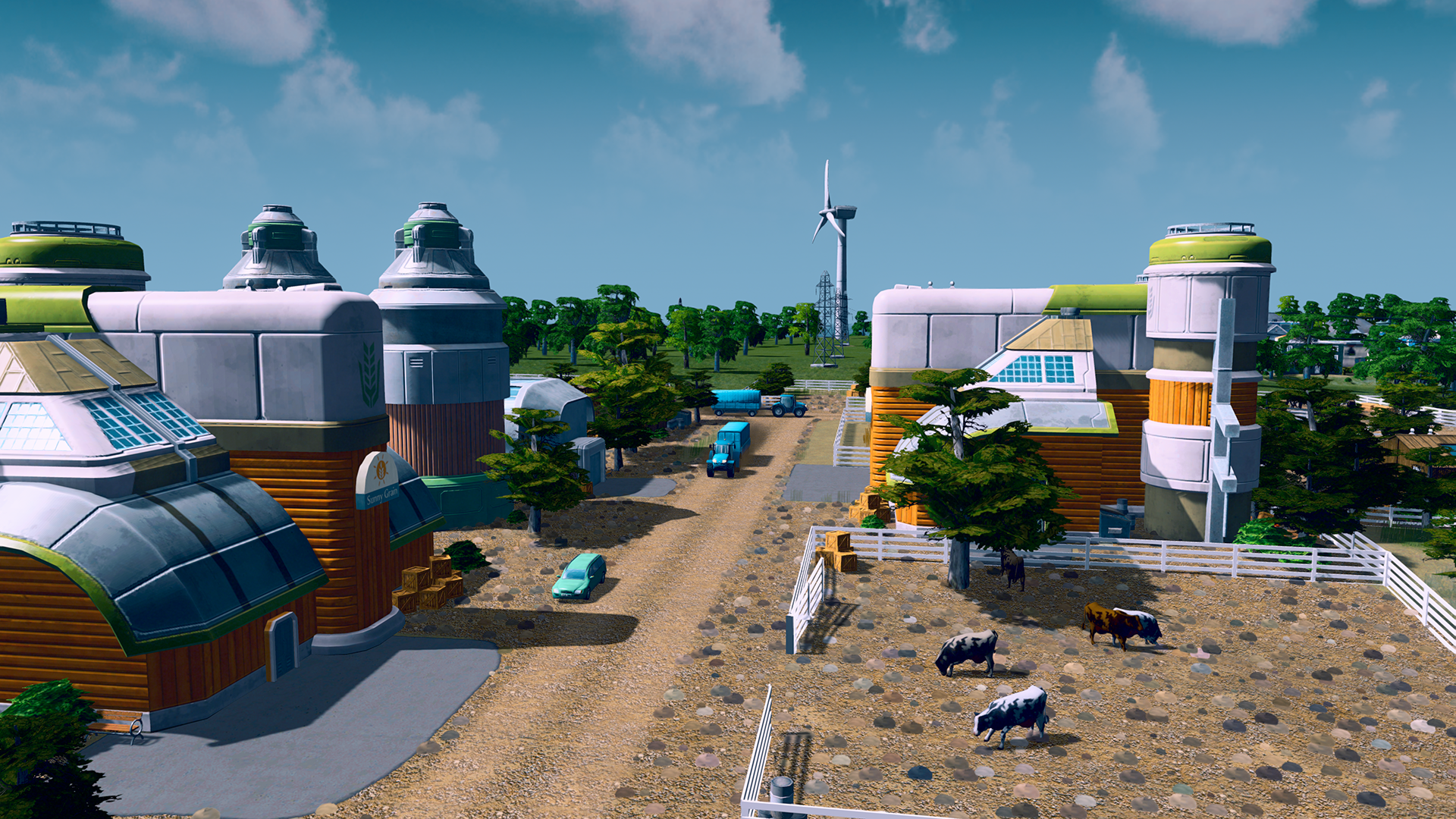 Most game genres have a progenitor, a "first" that sets the wheels in motion for all the subsequent games that share its basic characteristics.

Sometimes, debates over which game really and truly created a genre are controversial. Which is the first true FPS, RTS, MMO? You probably think you know the answer, but someone else will hold fast to a different opinion.

Not so with city builders. The topography of city building games was formed by the original SimCity back in 1989, and every city building game since then can draw a straight line back to Maxis' original. Designer Will Wright laid the tracks, so to speak, of all the SimCity franchise's many tributes, rip-offs and follow-ups.

Cities: Skylines is undoubtedly in the tradition of SimCity. It is impossible to talk about the game without reference to Maxis' series of games.

The visual and design connections between Maxis' franchise and this new Finnish hit are numerous. You look down on a virgin landscape. You lay roads. You create urban zones. You worry about services, traffic and business. You foster civic harmony.

"SimCity was the first game in this genre so of course all the city building games that will ever be made will be compared to that," says Hallikainen. "It is something that we have always known."

The game scratches an itch to create a city that represents the self while also providing endless puzzles in the form of urban problems that need fixing. Additionally, through the game's thousands of mods there are tons of tools and solutions that alter the nature or challenge of those problems.

This is part of its difference with SimCity. The game currently has over 20,000 mods and units available through the Steam Workshop. They offer innumerable improvements to the core game. They stretch and morph the original experience way beyond anything imagined by the designers. It is the mods that make the game so special, that allow it to evolve.

It's a Mod Game

Bryan Randall Shannon is a successful modder for Cities: Skylines, creating art assets and buildings for the game. Ironically, he was previously employed by Maxis, working on SimCity, before he was laid off during Maxis' recent closure.

Shannon creates everything from coal plants to burger joints. "The asset creation pipeline that they've set up for modders to import content into their game is almost like nothing else I've seen," he tells Polygon. "It's so incredibly easy to get custom assets into this game."

He says that the major difference between SimCity and Cities:Skylines is the depth of mod accessibility. "The ability to modify almost anything in the game, as opposed to just cosmetics, is great. The ability to create new maps is something that I love, as now there are a ton of maps that I get to experience, the kinds of things that will keep me playing for years."

Indeed the range and depth of mods is astounding, everything from famous locations, like GTA 5's Los Santos, to first person cameras, to tweaks that improve the look of the game, to tools that change its very nature. This was always part of the plan. 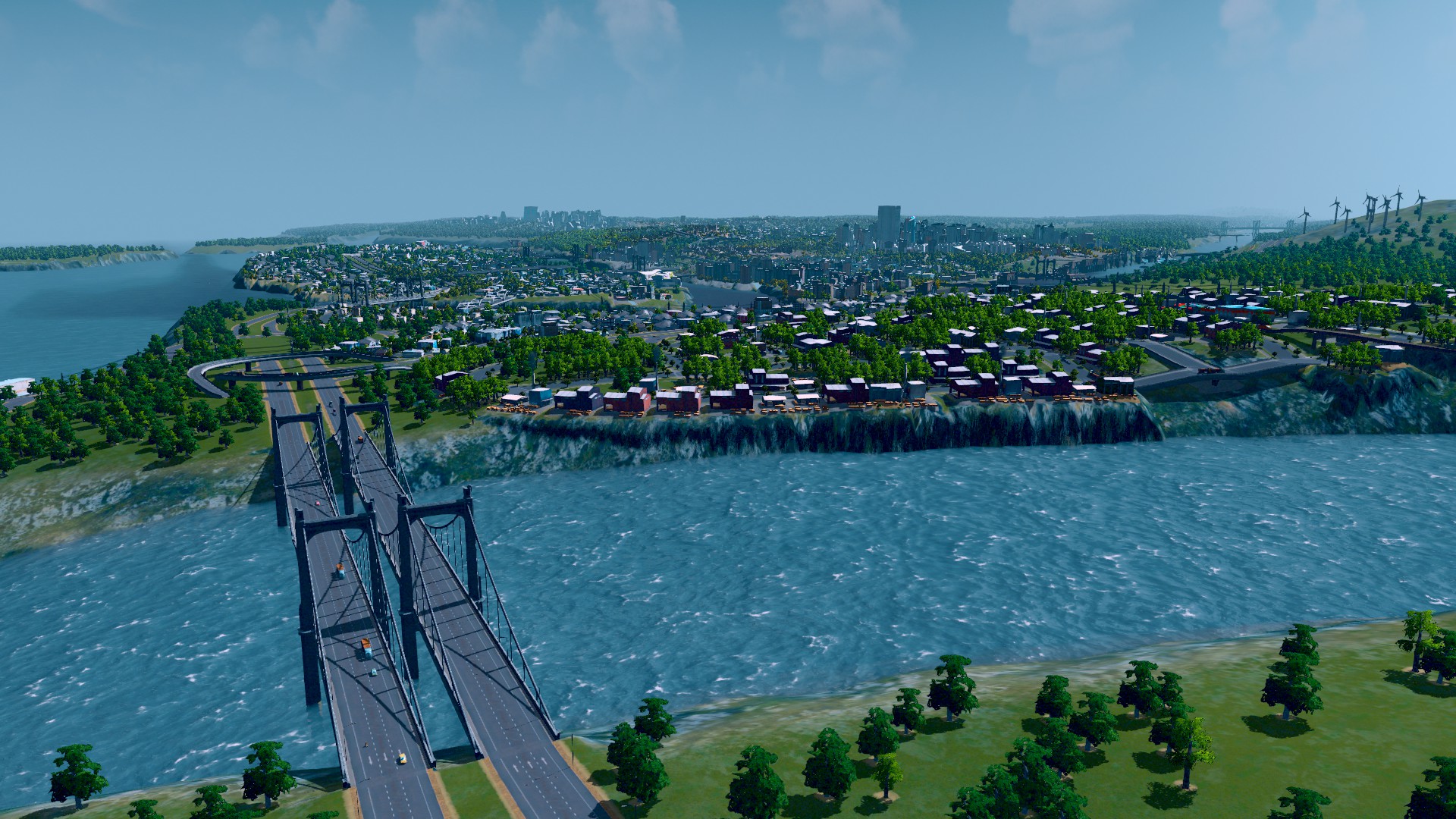 "With Cities in Motion [in 2011] people cracked the game right away and started creating things of their own," says Hallikainen. "It was a lesson to us that it's very important for the community to be able to bring their own things to the games. It was important to the fans and it's important to us to bring options to the players. Because I don't think the mods take anything away from us. It just enriches the game and the players."

Colossal Order now spends its time tweaking the game according to the demands of players. "We see things that we want in the game appearing as mods and we agree with the modder so it inspires us to make sure everyone has it and we patch it into the game," explains Hallikainen. "Not everyone wants to use mods or can find all the cool things among the mods. It's like having a sparring partner in terms of making the game better."

A Crash Course in Being a Gaming CEO

Mariina Hallikainen took the job of CEO at Colossal Order on the invitation of some old high school friends who wanted to make games.

Although she was still at university at the time, she had studied business, and they needed someone who they trusted, and who knew the mysteries of the industry. Hallikainen had played a lot of games like Theme Park as a child, but knew little about games. "I spent six months studying the game industry," she says. "I called everybody in the Finnish game industry.

"I talked to guys from Housemarque, RedLynx, Remedy, Frozenbyte. I went there. I bought them lunch or beer. I was just asking a million questions. I talked to CEOs, producers, also designers. I love the game industry in Finland. It is so open. People are really willing to help you out. We don't feel that we are competing with each other and I guess they enjoy telling their stories."

Back when SimCity launched in 2013, some of the team played it, but many stopped when it became clear that they would be working on their own city builder.

"I have never, ever personally played the new SimCity," says Hallikainen. "I got it and the servers went down and I never managed to start it up so I left that entirely. Our team members got the game because they wanted to play it, but we didn't actively investigate it too much because we didn't want to be too ... influenced by it. We wanted Skylines to stand on its own feet and we wanted to make something of our own.

"We did end up very close but in certain ways very different. There are a lot of things that are very familiar with SimCity but then again the fundamentals are different."

Although Colossal Order has plans for new franchises, the company now has the power to devote itself to improving Cities: Skylines. The game has sold over 500,000 copies.

Now that Skylines has its own fanbase, the company's focus is on serving it, tweaking the game according to the wishes of the players. "Now [that] we know that so many people have bought our game," says Hallikainen, "we know we have to make it even better for them."