With Street Fighter 5 set to release next week, we recently sat down with Executive Producer Yoshinori Ono to pick his brain on the game’s development.

Ono has been with Capcom for the past two decades, starting in the music department and working his way up to overseeing the Street Fighter franchise, alongside other games. He’s perhaps best known for getting Street Fighter 4 off the ground in the first place, and for his goofy promotional appearances.

If you’re on a desktop browser, click each image below to read what Ono has to say. If not, simply scroll down. 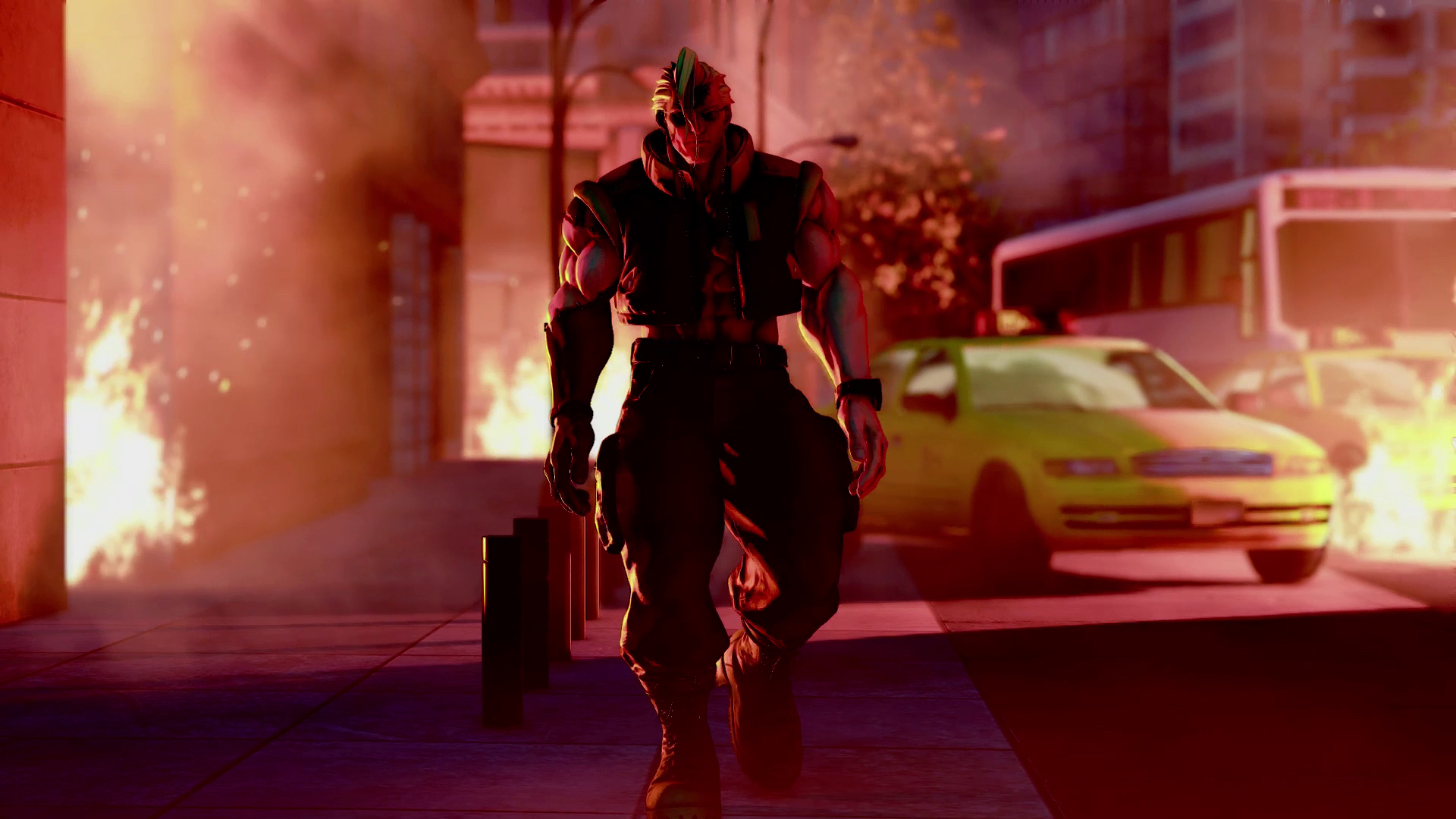 Despite the Street Fighter 5 development team putting more focus on the story this time around, with an elaborate free post-release DLC story mode planned, Ono says the character roster still came first behind the scenes. Then as the roster came together, the developers decided how to fit those characters into the story based on what they would be doing in the timeline between the events of Street Fighter 4 and Street Fighter 3. 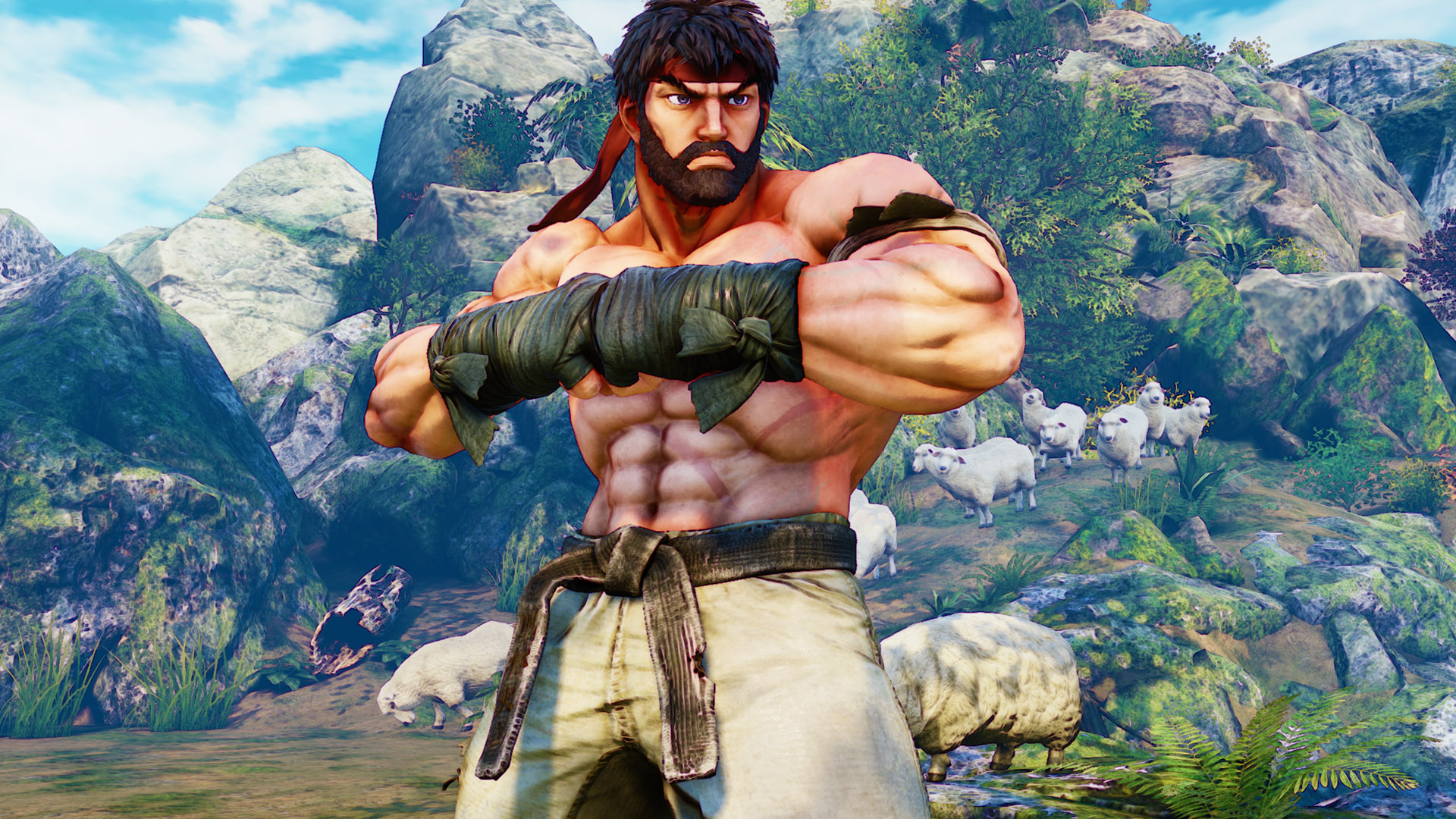 One of the most popular costumes in Street Fighter 5 has been "Hot Ryu," a shirtless, bearded version of the series’ main character. Ono says the idea came from two places — old Street Fighter 2 artwork that showed Ryu with a beard, and the team thinking about him as a character traveling the world as a "hermit in the mountains." "If this guy’s traveling the world and wandering around," says Ono, "there’s probably going to be times when he’s not shaving, right?" 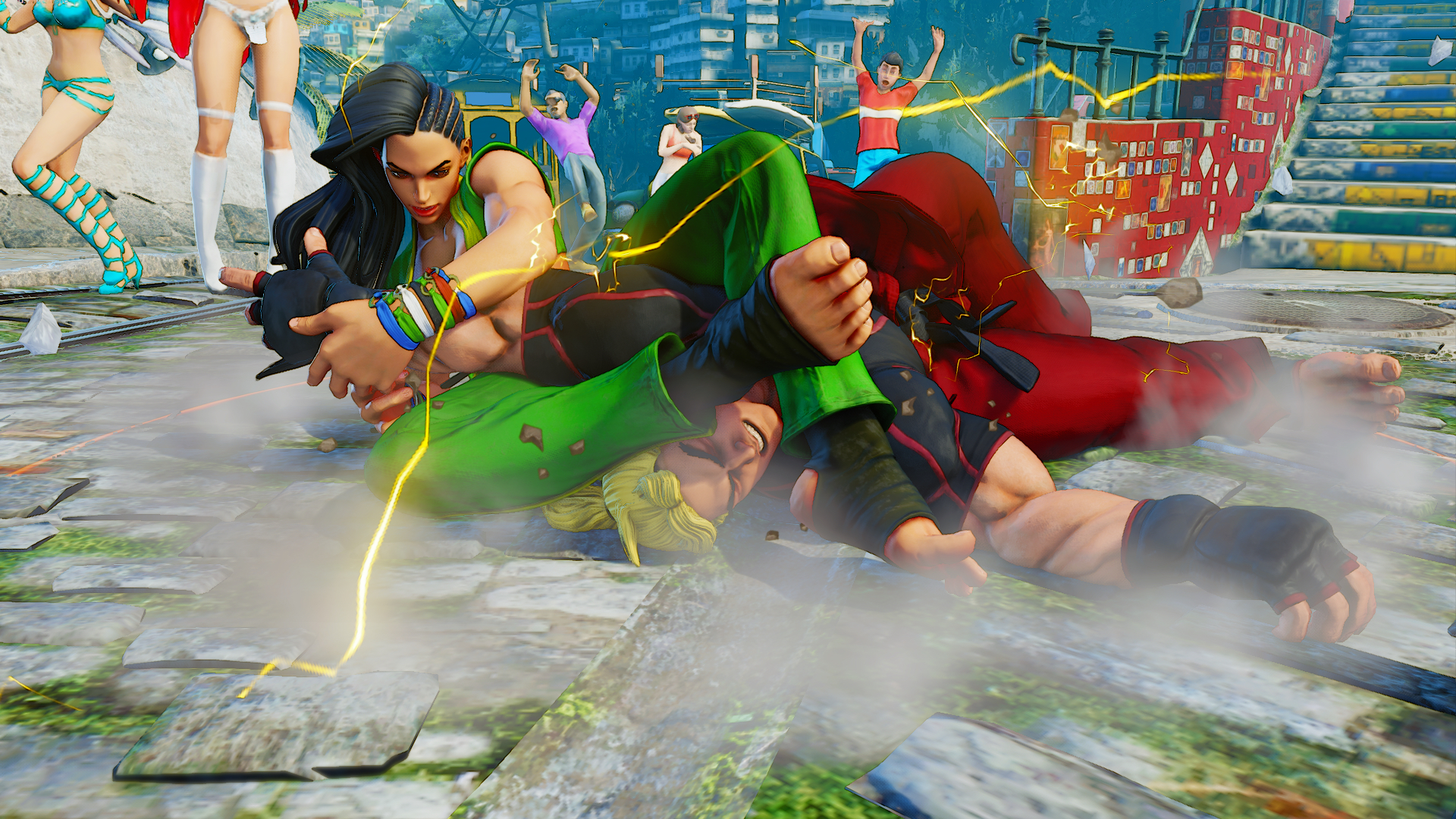 When thinking of new characters to add to Street Fighter 5, Ono says the team looked to territories that had lots of Street Fighter fans, but didn’t have a character to represent them. He says the decisions weren’t based on where the game sells the most copies, but where fans were the most passionate. And he found Brazil to be one of those places, so the team added Laura, seen here, as a Brazilian fighter.

FANG may look different from other Street Fighter characters, but Ono says that’s the point. "The idea was to look at everything that’s not in the other 15 characters, and put it into this one character," he says. Similar to the team’s approach for Laura, Ono says the team wanted to create an East Asian character to appeal to Chinese-speaking players with FANG. 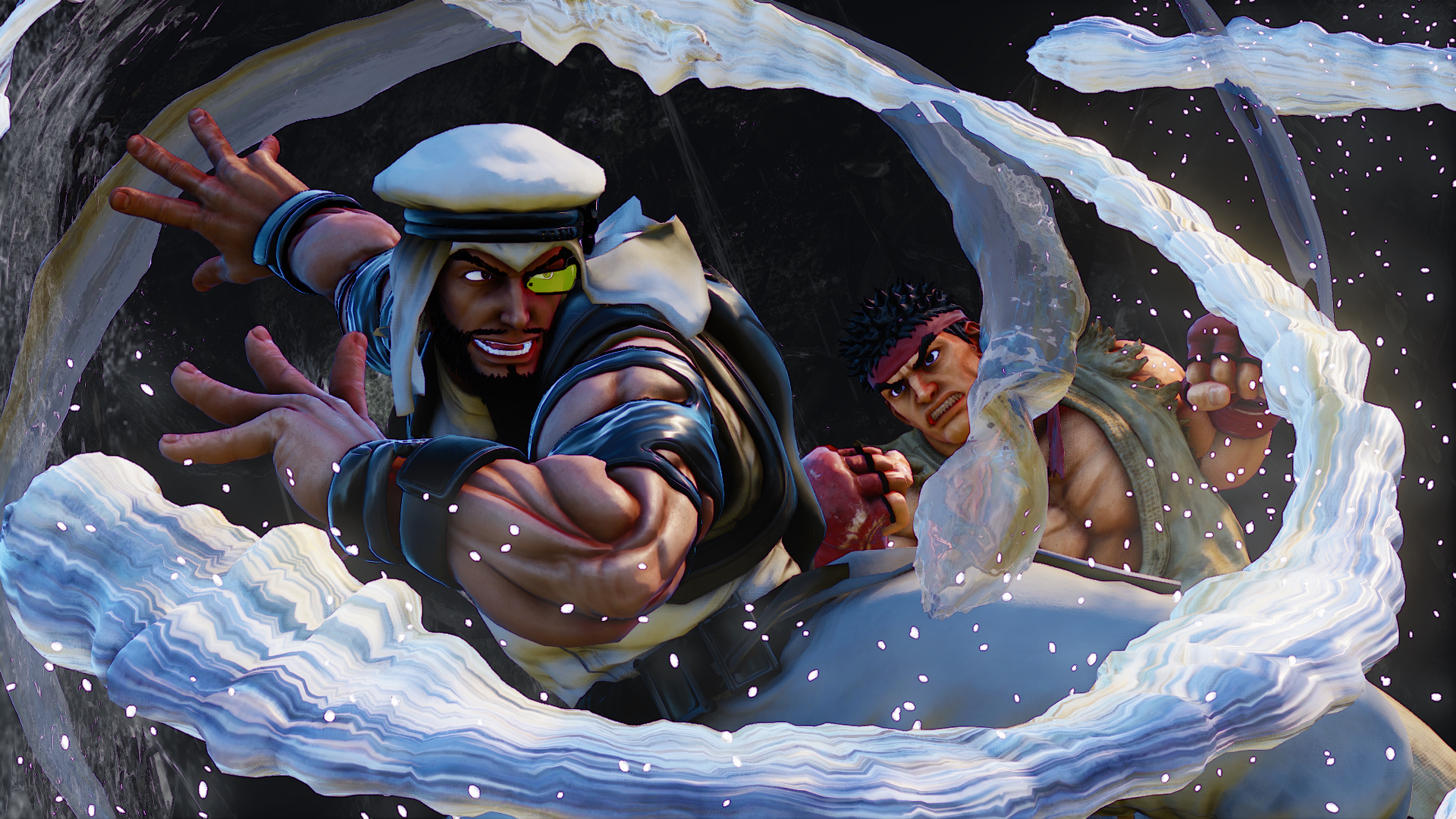 A third character in the team’s roster of attempts to appeal to new territories, Rashid came about after Ono spoke to Katsuhiro Harada, known for heading up the Tekken series. "He told me, ‘Hey, you should probably check out Dubai and the Middle East and what’s going on out there, because Street Fighter’s really big out there,’" says Ono. Harada’s team ended up putting a Middle Eastern character in Tekken 7 shortly before Ono’s team did for Street Fighter 5. 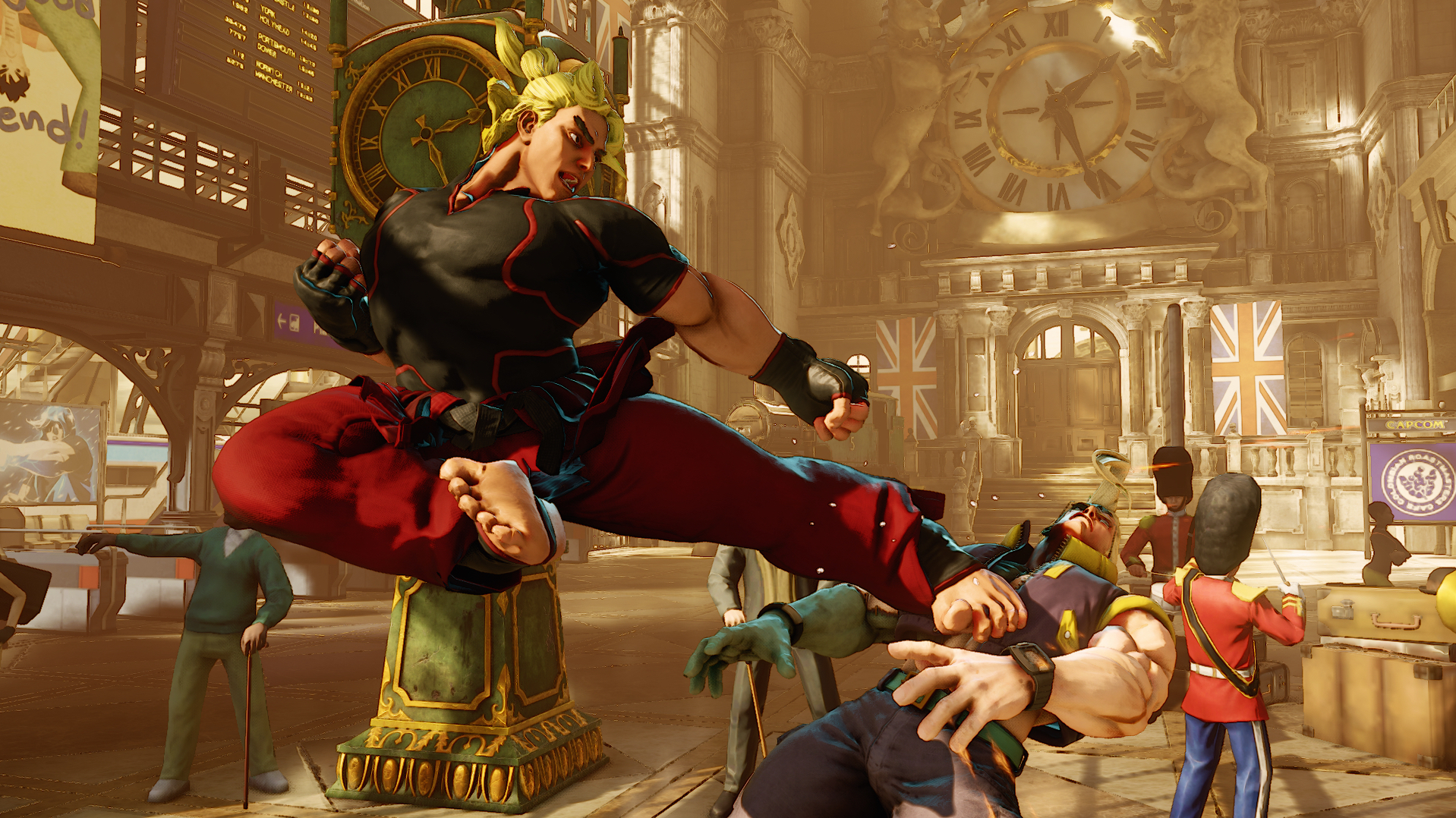 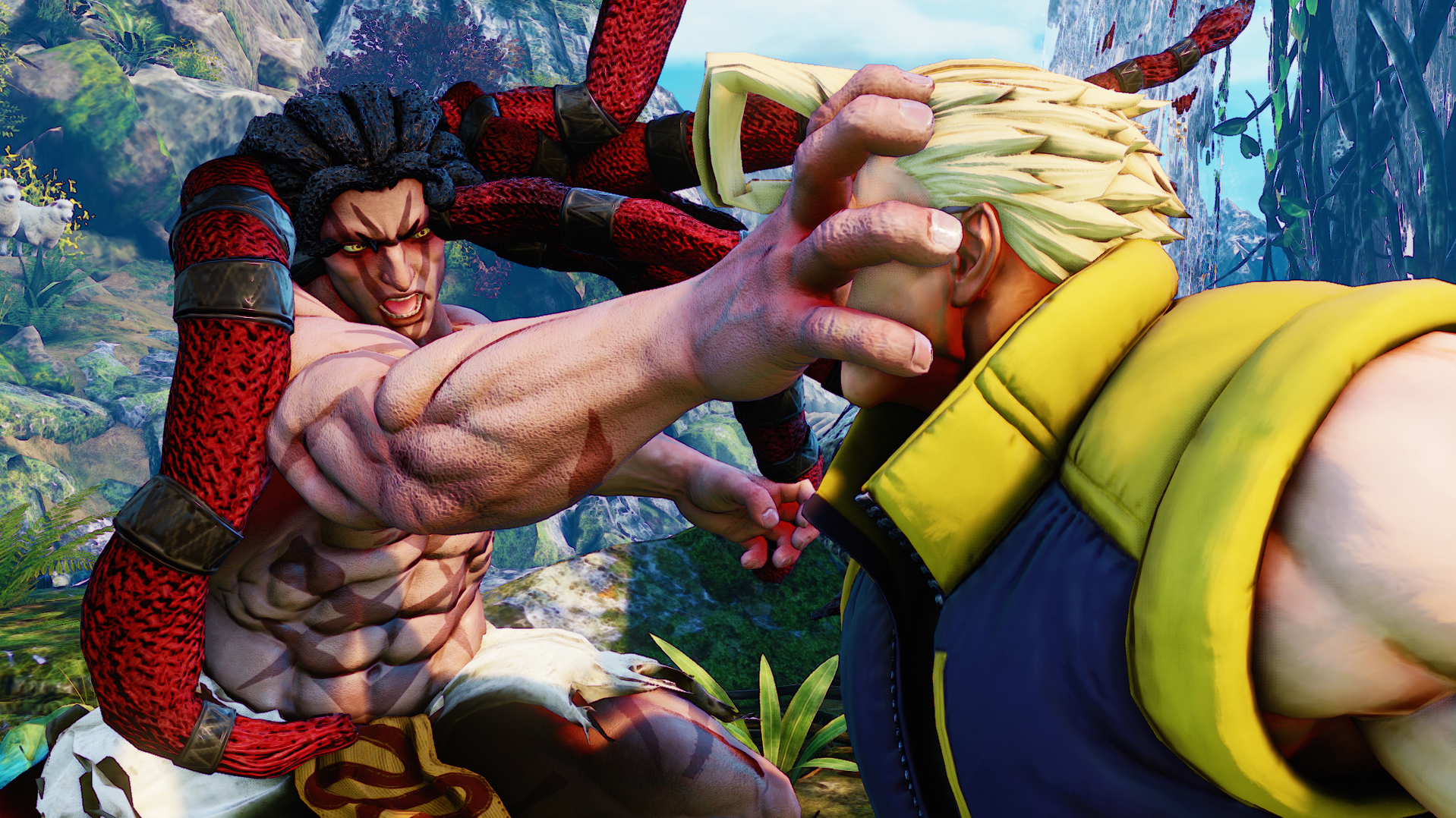 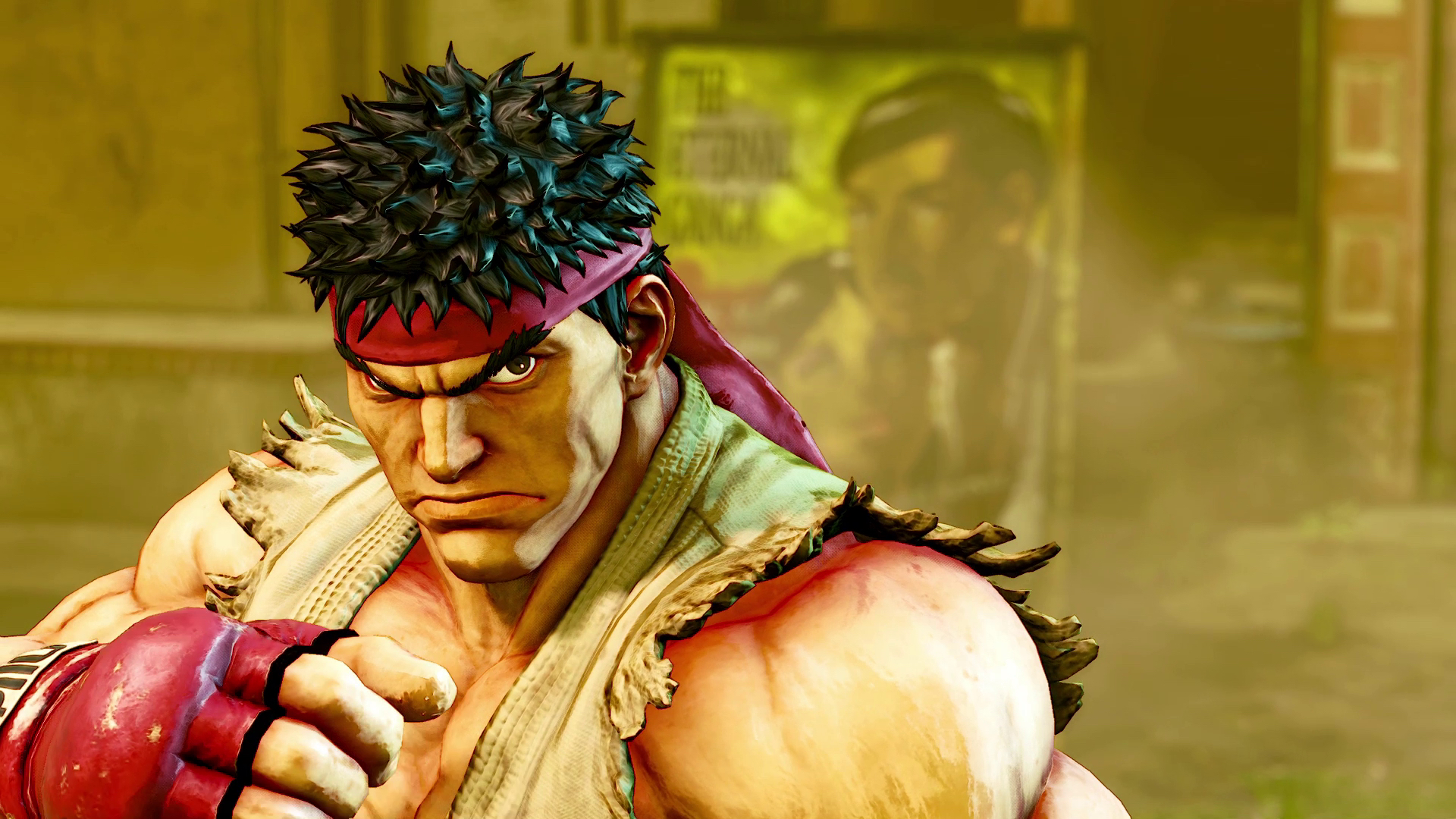 Dimps President Taskashi Nishiyama doesn’t spend much time in the development trenches these days, but Ono says the two meet often, and Nishiyama regularly offers game design suggestions. For Street Fighter 5, Ono says Nishiyama’s biggest suggestion was to move away from the long combo strings in Street Fighter 4 and towards more of a back-and-forth tug of war that puts as much of a focus on defense as it does offense. 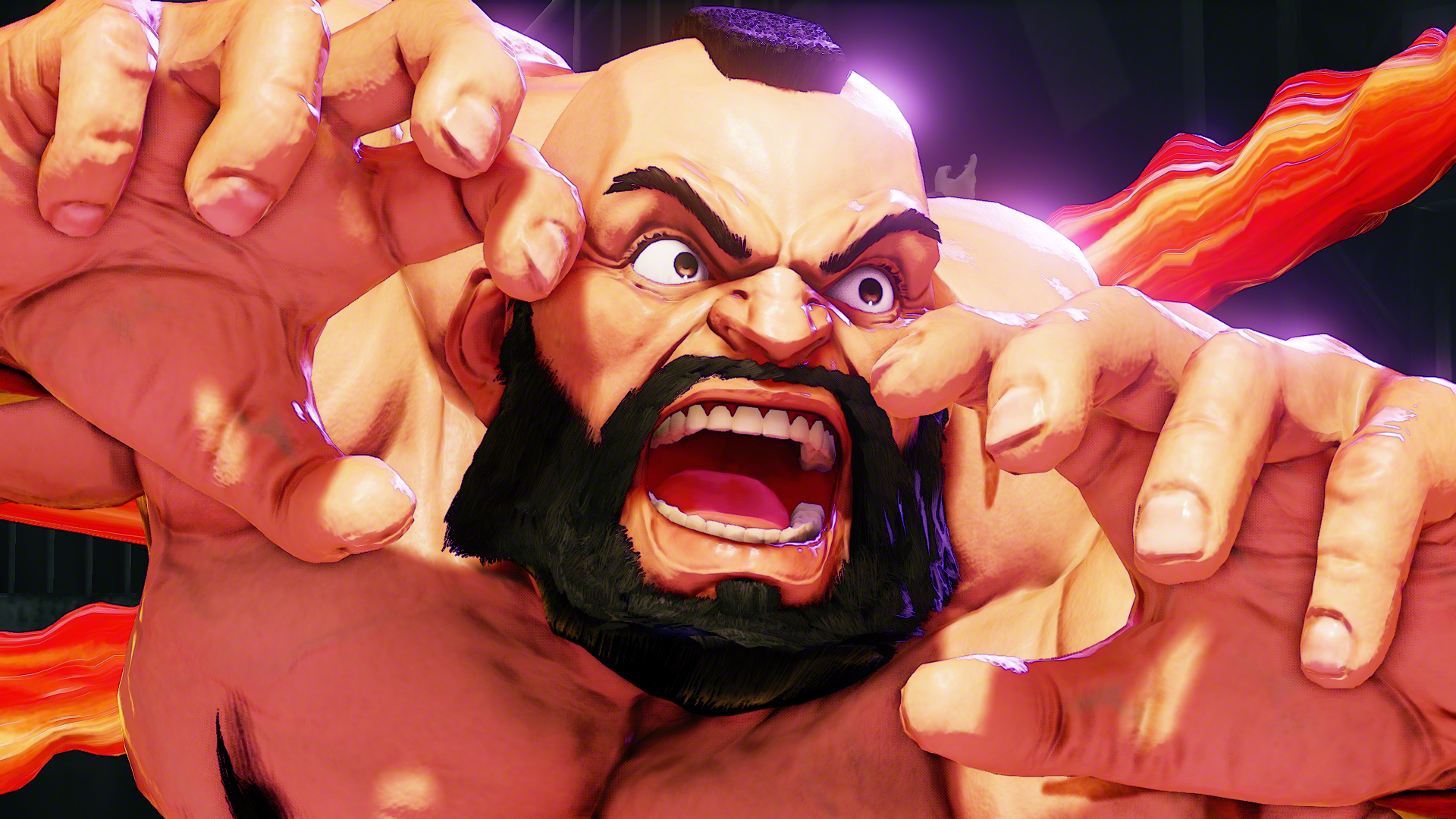 If you’ve ever looked closely at Street Fighter characters, you may have noticed their hands and feet tend to be abnormally large — like Zangief’s here. Ono says that hands, feet and fireballs in the series have always been larger than they need to be because they serve as visual markers on the screen to make it easier for players to follow them. They also tend to be more pronounced now that the series is 3-D.