Share All sharing options for: We Happy Few is about drugs and Nazis and whatever you want it to be

If you're going to reveal a game, you'd be hard pressed to do better than developer Compulsion Games did in February 2015, when it unveiled a beautiful, fantastic, terrifying trailer for We Happy Few.

With a mixture of live-action and computer-generated footage, it introduces a hyper-stylized world reminiscent of 1960s Britain. Everybody in We Happy Few's seemingly idyllic town looks happy. They saunter down the streets, giggling, laughing. For some reason, though, everybody's wearing a mask. Also, they're on drugs. Lots and lots of psychedelic drugs.

The player isn't high, everybody around him knows it, and nobody likes it. Especially the guy who beats him out of his house and onto the street with a frying pan. Also the guy who knocks him unconscious with a shovel isn't a fan, either.

I didn't know what We Happy Few was about, exactly, but in less than 90 seconds, I knew I wanted to know more.

A few months later, in a faraway setting accidentally tied to the game's story (OR WAS IT????), I got to play the game at Gamescom 2015. Instead of getting more excited, I walked away confused.

At PAX East 2016, We Happy Few had a shot at redemption. I saw a revitalized version and got some context, and that experience went much smoother. It's become a real game in the intervening months, and what I saw reinvigorated the interest that the first trailer sparked.

Now I know why I walked away scratching my head, too. We Happy Few is a complicated game that poses challenges and questions in equal measure. But you have to learn how to play it first.

Of schnitzel and confusion

In August 2015, I boarded a plane that flew over an entire ocean and landed in Germany, which is a whole other country with different words for almost everything.

A few days into Gamescom and infinity orders of schnitzel later, I walked into the basement of a centuries-old church, where a couple dozen Xbox Ones sat beneath a brick ceiling and support arches. It was the kind of room I'd only visited in video games. (Except better. Video games don't have currywurst.) 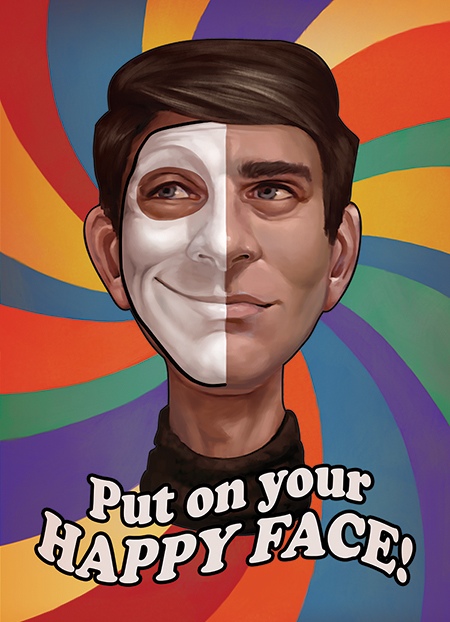 As I wandered around a windowless room illuminated almost entirely by the cool blue glow of TVs flashing video games, I turned a corner and saw We Happy Few. Someone sat playing on a low stool, and I watched over his shoulder as a game that looked just like the trailer unfolded. When he set the controller down, I picked it up and started playing a game I was eager to get my hands on.

That was the second time I saw We Happy Few. It was the first time I played We Happy Few. My experience was raw and disjointed. I walked around with no sense of purpose and no idea what to do.

As I explored the largely empty town, I crossed paths with a few lowly masked characters. None were happy to see me. They snarled and hit me. I ran away. They chased me. I didn't know where to go or what to do. I could feel the line growing behind me, and I wasn't getting anywhere. I set the controller down and left, not sure exactly what happened and no closer to understanding what We Happy Few was really about.

Last month, I flew to Boston, which is a city in the continental U.S. where people speak English, but some do it with a particular accent. At PAX East 2016, I got to play We Happy Few again.

This time, I sat next to Guillaume Provost, Compulsion's founder and creative director. I told him about Germany, and he laughed in surprise. Someone was supposed to be there to guide players through like he was about to do at PAX. With Provost at my side, I picked up an Xbox One controller and played We Happy Few again.

What a difference a few months, a bit of context and a creative director make.

Of Boston and understanding

In the world of We Happy Few, Nazis occupied Great Britain. The game takes place in 1964, about 30 years after the occupation, in a city called Wellington Welles. During the occupation, the citizens — Wellies and Wastrels— had to do something vague and bad. To forget, they invented Joy, a drug that makes them feel better and helps them forget.

You play as a Downer, an inhabitant of Wellington Wells who's forsaken Joy and earned the ire of everyone else. Your mission: Keep suspicion to a minimum and sneak your way out of the dystopia.

My game began in a small underground bunker. I awoke and explored, opening crates, picking up things to read, finding story clues. It reminded me of BioShock games, at least in the sense that I was exploring a bizarre world's trash from first-person perspective. It departs from that world in that the items I picked up can be a lot more useful. In that first room, I used my inventory to craft an item that let me open a locked door. Behind there were more items, which I could later use to craft more items to unlock more doors to … well, you see the pattern.

Because We Happy Few's landscape is randomly generated, every time I left the bunker, the world would've been a little different. There are similarities, though. The game's structure is based on a concept of islands, Provost told me, and successful Downers will sneak from island to island, avoiding confrontations, completing a series of quests that will lead you one step closer to anywhere but Wellington Welles.

In the area where I emerged, for example, a bridge led to my next destination. Before I could cross safely, I had to find keys to a guard door. If I tried to cross without finding those keys, a big machine would check my Joy levels and activate another machine that would zap me dead with electricity. Being dead didn't sound fun, so I followed a few clues, explored, found a cricket bat, hit a couple of jerks in the head who were harassing a lady junkie, drank some water when I got exhausted, collected what I needed and crossed the bridge into the next island.

That presented an entirely different challenge. The island I came from was full of Downers and junkies looking for a fix — sad creatures who could be dangerous but were relatively easy to overcome. The island I arrived on was a bustling with masked villagers and cops, high as kites and suspicious of my every move. Arouse too much suspicion, and they'd pounce as a mob. I might be able to run away, break lines of sight and escape with my life. Or I might get caught, beaten and die, at which point I'd have to start all over again in a somewhat familiar environment. Yes, We Happy Few includes permadeath, which made even the prospect of my mistakes costly and meaningful. It also made my palms sweaty.

Of changes and stories

After a successful Kickstarter campaign last year, Compulsion put the game on Steam Early Access, where anyone can play the core gameplay experience right now. Provost has been and will continue to solicit player feedback, which he said continues to shape and expand the game. Nowhere is that more apparent than with We Happy Few's story. 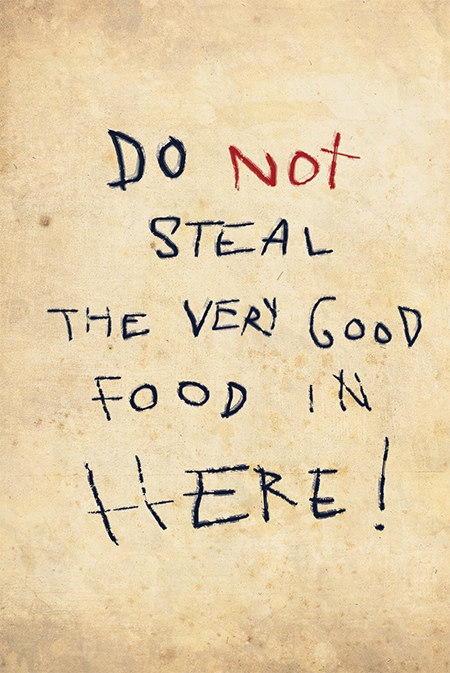 The original plan, Provost said, was to do keep the story rather vague. Players told Compulsion that they wanted more, and the developer is complying. When the game leaves Early Access, it will include a traditional campaign with characters, cutscenes and unique geographical areas — the kinds of things you'd expect in a traditional campaign.

We played a bit of one of those campaign missions, and it seems poised to unfurl the story of what the studio calls "a plucky bunch of slightly terrible people."

At PAX East 2016, with a bit of context and a tease of more to come, I became really interested in We Happy Few again. I want to sneak through the weirdos. I want to escape. I want to learn more about Wellington Welles. That place is creepy, and I want to know why.

Assuming it's in the cards, I wouldn't mind bringing the whole dystopia crashing down on my way out. And it wouldn't be the worst thing in the world if, during my island-hopping adventures, I wound up hitting a Nazi or two in the face with a cricket bat.