As you gain orbs in Fire Emblem Heroes by clearing maps for the first time (as a reward for signing in for the day or by meeting other uncommon objectives) you can spend them to acquire new team members that will perhaps fare better in battle. However, they don't come cheaply. The cost for each hero depends on how many you summon during a single ritual (the process by which you summon new heroes). The breakdown is as follows:

If you back out of a ritual, you will have to start over the next time you want to summon some heroes. Ideally, you will begin rituals only when you have 20 orbs and can summon all five at once and save yourself five orbs compared to what it would cost to summon them one at a time, but sometimes it's difficult to be patient.

When you summon, note that the color of stone you select on that summoning screen (which is not an item from your inventory) impacts the type of hero gained. Red stones produce warriors who favor swords, green stones summon ax admirers, blue stones generate heroes who rely on spears, and colorless stones summon archers. (Those are just examples, since several weapon types may be associated with each stone.)

The screen that appears ahead of the actual summoning ritual lets you select from the group type that interests you. Near launch, for example, you can choose to focus on either legendary heroes or deep devotion characters. The legendary heroes group increases your likelihood of summoning series protagonists such as Marth and Lucina, while the deep devotion character includes a variety of powerful warriors such as Camilla and Takumi. Different groups will be offered periodically, once the current ones are no longer available.

Tap the appearance rates button for a breakdown. Five-star focus characters are extremely uncommon (because they start out with many powerful skills learned and have the ability to learn additional ones without requiring you to dump a bunch of time and precious resources into leveling them up to that point), while three-star characters are common. If you summon five consecutive heroes without obtaining a five-star hero, the likelihood of receiving one on your next summon will increase with each new summon until that event finally occurs. Then the default rates will be in effect once more. 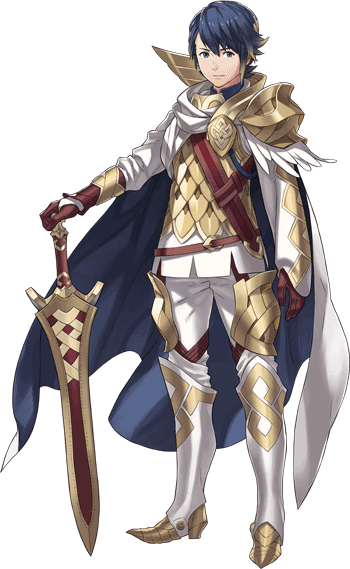 Details: sorting through your characters

If you tap the details button, you can access a list of the characters that fall into each category. There are dozens of characters, and you may receive what appears to be the same character on multiple occasions, but duplicates may have slightly different stats that make one better than the other. This extends even to star rating.

For example, it's possible to get a three-star Marth and a four-star Marth, and the latter is far superior because he can learn more powerful skills. Pay close attention to any heroes that you summon, to make sure that you are putting the most useful allies on your active teams.

Once you decide which group to summon from, then you can start the proper ritual, one hero at a time. A group of five stones of various colors appears, and you should tap one that interests you. When you are done summoning, it's time to see about making adjustments to your active party. After all, you might have a new superstar in your midst.