Fire Emblem Heroes' arena, which you can access by selecting the arena duels option from the battle menu, is your chance to compete against rivals around the world. In this guide, we'll teach you about everything from the dueling crest item to seasons, scores, defense points and promotions.

Each time you compete, you spend one of three dueling swords in your reserve. Your supply of dueling swords automatically replenishes at 11:00 p.m. every day, so try to exhaust your stock each day. You can also refill your stock ahead of the daily refresh by using the dueling crest item.

You're awarded a score based on your performance in each arena battle, and you gain more points for defeating more powerful rivals. If you win consecutive battles, you gain a chain bonus. Make sure that your team includes one or more of the listed bonus characters to improve the number of points you earn. This doubles your score for that battle. When you win seven battles in a row, or when you lose one, your score is recorded and you start over. 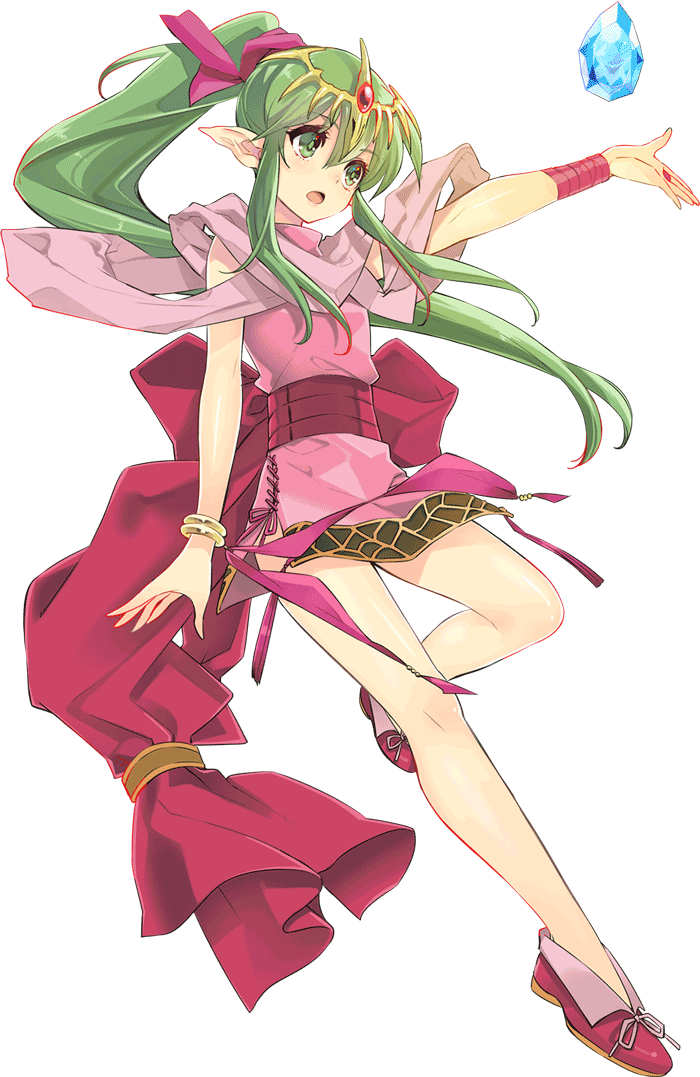 Note that arena battles take place during seasons, which are the seven-day period starting at 11:00 p.m. on Monday and continuing through 3:00 p.m. on the following Monday. The eight missing hours are spent tallying your performance.

Any battles you complete during that eight-hour period (even if they were begun ahead of the deadline) will not count toward your final score. Your highest score during a season determines how many hero feathers you win. For example, if your highest score total across seven battles falls between 1,801 and 2,000 points, you receive 1,000 hero feathers.

The team that you position in the leftmost of your team slots automatically defends itself from any incoming attack without intervention on your part, so make sure it is capable and well-rounded. You don't want to miss the opportunity to rack up defense points, since they qualify you for various rewards at the end of that season.

Your total general score also might earn you a promotion. Try to win as many battles as possible, so that you meet the posted criteria. You can advance a single tier each season.