The beginner’s guide to the replay tool

Share All sharing options for: How to start making ridiculously cool Fortnite videos

Fortnite developer Epic Games added a replay feature to Fortnite Battle Royale, and the tool is a surprisingly powerful way to share your favorite moments from the game.

“We actually use this same system internally to shoot all of the Weapon, Outfit, and Limited Time Mode trailers we release,” Epic said about the playback tools. “And we’re psyched to finally get these tools into your hands!”

The system will make it easier for people to save matches and study them for personal improvement or just to see what happened during those hectic gunfights, but there are some limitations. There is a relatively small circle of visibility around your character at all times, and you can only move the camera around inside of that circle. You can’t zoom over to the opposite side of the map to see what was going on over there.

Having said that, it’s pretty easy to get started making cool-looking videos. Here’s how to jump in.

So how do I turn on Fortnite’s replay feature?

You don’t have to do anything. It’s turned on by default. Your last 10 matches are automatically stored on PlayStation 4 or Xbox One, and your last 100 matches are stored on Mac and PC. These replays are server information in this state and not visual information, so they won’t take up a huge chunk of your hard drive.

Go to the career tab in the lobby and select the replay option to see all the matches you have saved on your system, and then choose which one you’d like to watch or edit. Your older matches will be deleted and replaced with newer matches on a rolling basis if you don’t rename and save the replays most important to you.

Keep in mind that your replays will only work in the current version of Fortnite. Epic Games is working on a solution that will allow your replays to be saved and played on future versions of Fortnite, but for now you’re going to want to export your favorites into a standard video format via capture hardware or software if you want to keep them.

I want to show a gunfight that looks awesome, what should I do?

I like your style! Let’s jump right in, because there’s a lot of stuff we can ignore for now.

Head to the right-hand side of the menu at the bottom of the screen where you’ll see a camera icon next to a series of options. This controls what the camera does on its own, without any input from you.

Select “drone follow,” which treats the camera as if it were on a flying drone that will move to keep the selected player in frame. While the gameplay view shows things from behind each character, you can scoot the camera around in this mode so the player is facing you, firing into the camera instead of away from it. This will give you a more cinematic vantage point compared to the standard camera, and you won’t have to babysit it to keep the action in frame.

OK, now move back over to the left where you’ll see a number followed by an “x” and flanked by a plus and minus symbol. This lets you slow down or speed up the action. An easy rule of thumb is to slow things down if you’re showing action or gunplay, and speed them up if you’re showing building.

It’s that easy! Swap the camera out to drone follow, slow down the action and watch a few gunfights. Feels like John Wick, doesn’t it?

I want to show building and make it look awesome. How easy is that?

Go back over to the camera modes and select “drone free,” which puts the camera on a flying point that you control, and that can go anywhere within the visible area around your character.

Zoom the camera way up so you’re looking down on the action, making sure you can see the entire area where the cool building moment takes place, and then go back to the playback speed and make it faster instead of slower.

There you go! A neat time-lapse video that makes construction look pretty epic. Feel free to move the camera as the action goes on to make things look even more professional.

Fair enough! Click on the eyeball icon all the way to the left to turn off the HUD. There you go, now you just see the action. Pretty great, huh?

I want to get fancier though! Make me a cinematographer!

Let’s do it, you Roger Deakins you.

Click on the camera icon to the left of the basic controls and take a deep breath. These terms may seem complicated — and they’re based on photographic principles that deal with lenses and the real-world area between objects that only kind of make sense inside a video game, but whatever — but you can do some neat things right off the bat.

Focal length refers to the length of a virtual camera lens. Raise that value to zoom in and lower it for a wider field of view. You’re not moving the camera. You’re changing how that virtual camera “sees” and interprets the image you want to record.

So you can increase the focal distance to zoom in on whatever is in the middle of the shot until it fills the frame. Then go up to the aperture setting and bring that value down. The lower that value, the more separation you’ll see between your subject the the background. At higher values everything will look clear and crisp, but at lower values only the subject will be in focus. This is a great way to get the viewer’s eye looking at the character you want them to focus on, instead of their eye taking in the entire image.

If you want to invert this so the background is in focus and the object in the foreground is blurry, drop down to focus distance, turn it off and adjust the slider until whatever you want the viewer to focus on looks sharp. 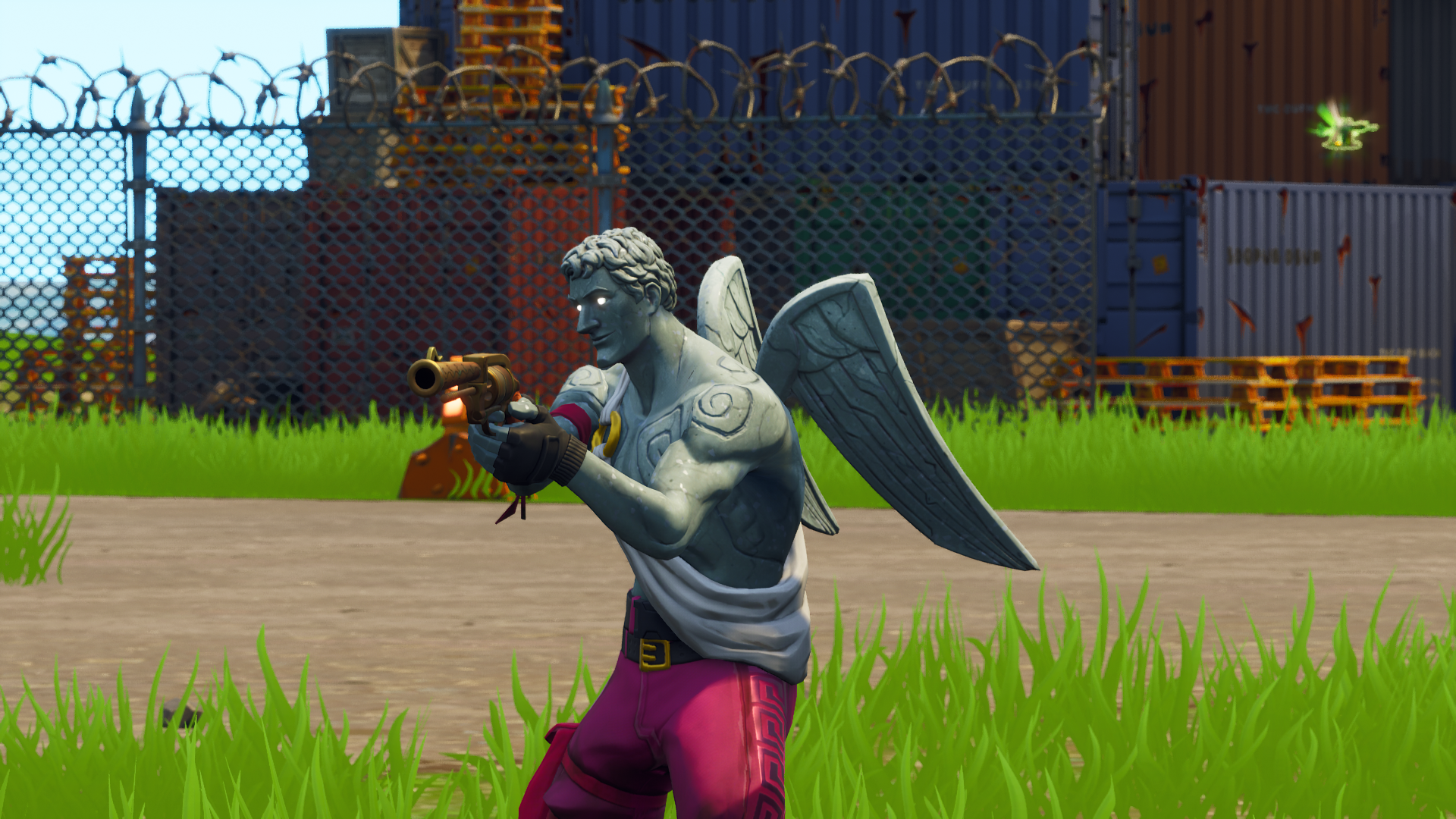 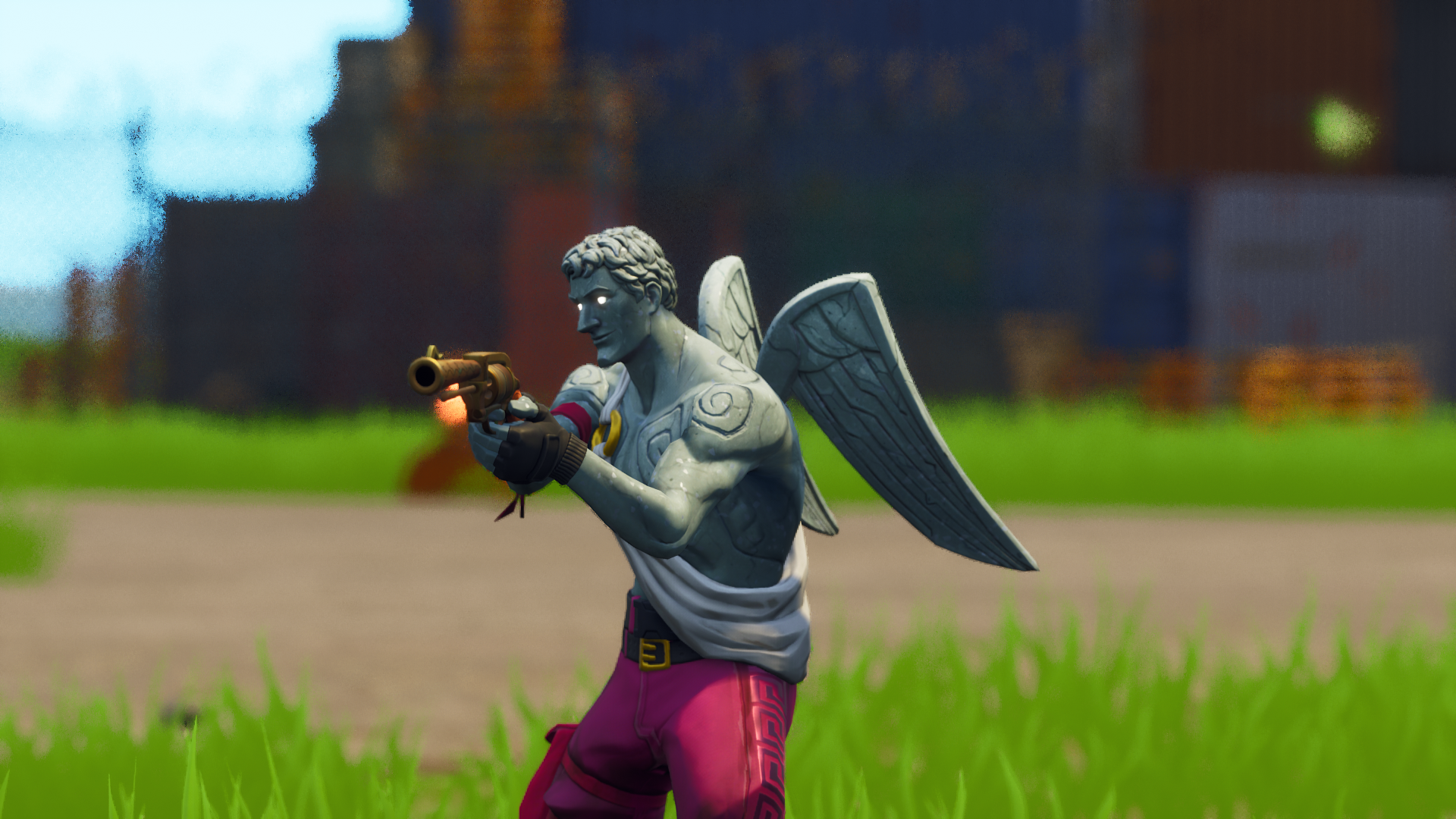 This is all a simplification of how these things work in physical cameras, but if you’re focusing on this replay system — or the photo modes of many games — you can think of it like this: The focus distance lets you select which object in the frame is clearest, while the aperture will adjust the difference in clarity between the object in focus and everything else.

If this was the real world, you’d have an instant to take the perfect picture. But, now that you’ve got a recording and an understanding of how all the knobs work, you can do whatever you want over and over again until you get it right.

This is amazing! How do I edit this clip with other shots and post them to YouTube?

The short answer is that you can’t. Well, you can, but you’ll need other programs to do it.

Epic Games said that these tools will be improved upon in the future. For now, you can set up shots with the replay feature, but you’ll still need to capture and edit those shots into a longer video using something else.

That’s a bit outside the scope of this guide, but OBS is free if you want to start playing around with exporting clips from your replays.

So there’s no way to edit a longer video together?

This gets a bit more complicated, but the PC version of Fortnite lets you store camera positions and properties by hitting Ctrl plus a number on your number pad to lock it in. Once that’s done, you can hit the number to jump to that camera position at any time.

Hitting control, alt and a number saves your camera settings and the time on your replay. So you can set up a shot that shows you shooting another player, save the beginning of the shot and the framing by hitting control + alt and the number one, and then move the camera around to show the scene from behind the shoulder of the character being shot and hit control + alt and the number two. Hit play, and then tap one and two on your number pad to jump between the two shots in real-time.

You can store up to 10 of these cuts using all the numbers on your number pad.

You’ll need to basically “perform” the timing on the cuts live every time you want to show your scene to someone, and there may be a flicker of a loading time, but it’s a start!