The only reason for time is so that everything doesn't happen at once.

History is a treasure trove of lore, bravery, cowardice and wisdom. Video games haven't always pulled extensively from historical materials; however, the Assassin's Creed franchise has made a business out of consistently milking historical characters and conspiracies to engage players. And they not about to stop. With the release of the first part of the three-part bad-ass fictional DLC Tyranny of King Washington and upcoming Assassin's Creed 4: Black Flag, the hard-working developers at Ubisoft might have opened up a Pandora's box, which might eat them up or yield cash for years to come .... And the competition is trying to catch up. I'm looking at you, Garrett! 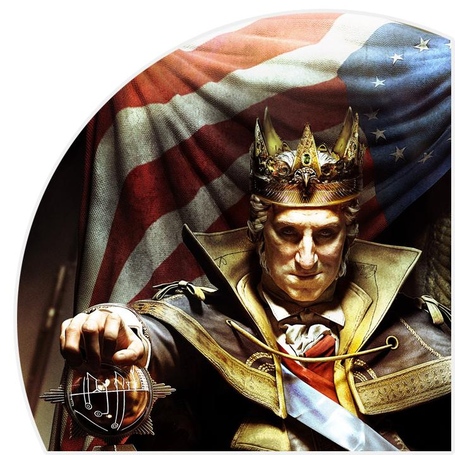 A few years ago, we first heard of a new project by Ubisoft called Assassin's Creed. At the time, information was sparse and we didn't find out about the real-world aspect of the game until very late in the development. Some of us didn't find out until booting up the game for the first time :)

A majority of the production videos and trailers focused on the assassin Altair and the setting of the game - 12th century Holy Land. We knew very little about the character at first; however, the historical context and historically semi-accurate locations and sights proved to be a breath of fresh air in the midst of dozens of WW2 military shooters and fantasy-themed historical RPGs. Remember, this was a time before Call of Duty reinvented itself into a modern shooter and before we got to play the beautiful art-deco hallways of Rapture. In fact, this was one of he first times in game history that playes would get somehow involved in the religious strifes of the middle-ages in the middle-east. 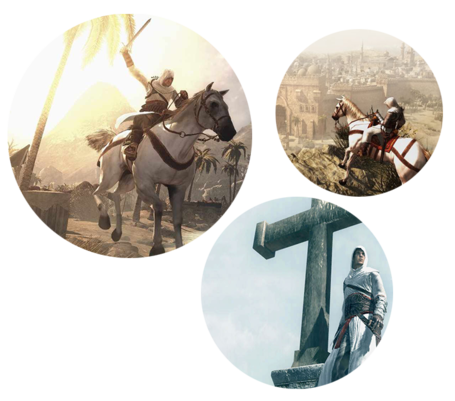 Although we had historical video-games in the past, it seems the PS3/Xbox 360 and the main-streamification of video games has had a very pleasant side-effect: video game creators are looking at history and forging new tales derived from historical or legendary characters. The Assassin's Creed franchise is a perfect example of this. Whether it's "bravery" of King Richard the Lionheart, political intrigues of the Borgas or the profiteering schemes of the American settlers, the franchise has repeatedly drawn on historical materials to weave an intricate, complex, and some what fictionalconspiracy of the Templars through the centuries. This wouldn't be possible without strong narrative talent working on the back-end to further along the storylines of Altair, Ezio and Connor. Recently, this can be accredited to studio Alice; however, there are hundreds of people, who have left their mark on the franchise.

The Assassin's Creed franchise still has dozens of alluring locations and historical periods to explore. Not that many people know, that there is already content out there, which links one of the characters in the franchise to an Assassin (intentionally capitalized) in Tzar-ruled Russia. There are also hints to Assassins in China. The following GameTrailers video explores just some of the possibilities, where the franchise might want to go.

Just like in any business industry, once a cash cow is found, other companies want to get a piece of the pie. Bethesda Softworks and Arkane studios wanted to get onto the assassin bandwagon with last year's Dishonored. Today, we heard the announcement of Dishnored-style-Victorian-era Thief. One could argue, Thief is not an assassin game, but who would you kidding?? 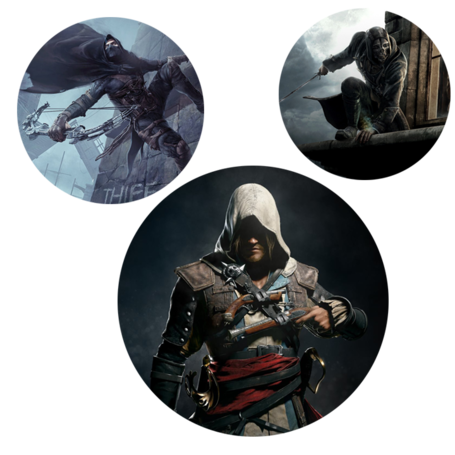 Are these games about to steal the spotlight from the Assassin's Creed historical roll or are they just going to stick to their historical eras in their future iterations? Are there any other games, which could threaten Assassin's own brand of historical assassin fiction or am I completely wrong and Assassin's Creed is actually a dying breed? I'd love to hear what you think :)