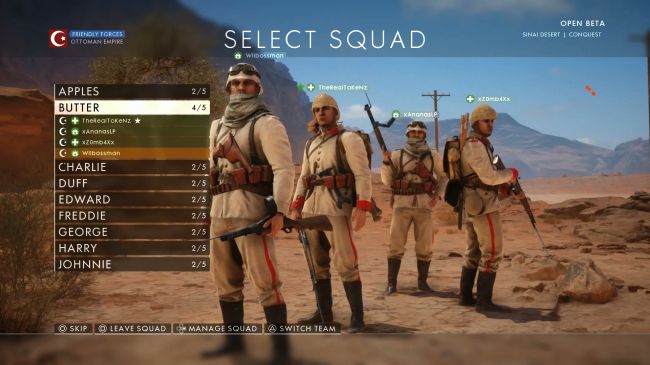 I'll cut to the chase recruits, in light of the Great War approaching I'm asking for volunteers to an elite unit of men and women that are willing to scramble through the mud and mire of modern online gaming.

All kidding aside, I was hoping we here at Polygon could create a a community/clan of non-toxic people for playing Battlefield 1 with. I myself fell out of online competitive multiplayer games after time constraints and fatigue of the regressive jerks and uber-hardcore players. The idea here is finding people willing to have fun and be social, while still enjoying the competition and team-based play.

Since I'm hoping to entice people who have fallen out of multiplayer gaming or don't normally play competitive online shooters, here are a few links with information on some of the systems in Battlefield 1:

If you're interested, comment below. Include your online ID if you're in for sure. Later on when there is more clan support we can do a clan tag/emblem if people are interested.