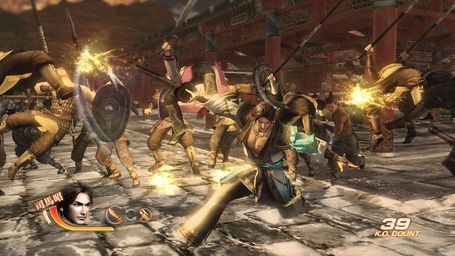 Whenever you mention the words "Dynasty Warriors" in front of someone, the respond is usually "meh", "repetitive combat", etc. I will admit, I'm a fan of the series (except for 6, no one like 6, even DW6 doesn't like DW6), and while people are free to express their opinions, I won't lie that comments like this does kinda sadden me a little bit, and I just want to tell them that they have been misunderstanding the series from the beginning. Now, I'm not saying that it's the best game ever, but it certainly does have its own charm. Most importantly, I have yet to hear anyone from either side say anything about the strongest point the series has.

So as we all know (or maybe not), the most common complaints about the series are "boring, repetitive combat", "dumb AIs that run away after their generals are defeated", which I can agree, but only if that's all the game has ever offered. I think a lot of people, even the ones who like it, have yet to actually take a step back and look at the bigger picture of the game.

Before I get into that, let's talk about other action games like God of War and Devil May Cry first. When you are playing action games, what are the first thing that you expect? Fun combat that required skills, crazy yet satisfying combo, etc. There are many answers to that question, most of them are about the combat, and this is where I think people are wrong when they bring that mindset into Dynasty Warriors. 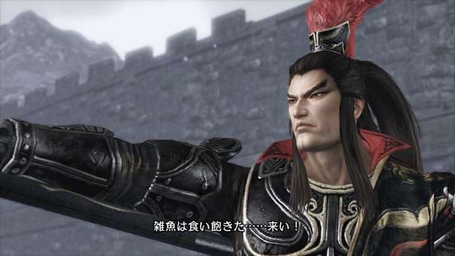 (This guy is still a bitch though, just saying)

In Dynasty Warriors, combat is part of the game just like GoW and DMC, but if you are willing to take a step back and examine other parts of it, you will see that it's only a small part of the game. For me, the most entertaining part about Dynasty Warriors is not the combat itself (except when you just came home after work and want to stress out by beating the fuck out of hundreds of Chinese soldiers), but rather how the game let you take control of the battlefield by participating in it yourself. It's a hack and slash game, but unlike GoW and DMC, the hackings and slashings are not the main focus of the game, they are the means to complete your objectives in the battlefield. If you have played the any games in the series, you will know that each maps have their own objectives. Sometimes it's a more generic one like defeating the enemies commander while defending your own commander, while sometimes there are some unique ones like protecting a certain character on the battlefield and escort him into a certain place. Unlike your usual action games, where you win by beating the crap out of the enemies on the screen, doing such things without worrying about your commander in DW will only get you a game over easily, which made some light strategies kick in other than simply button mashin. And I think this is what so entertaining about the series for me: unlike GoW and DMC, it's not about how you attack, it's about where and who you should attack. 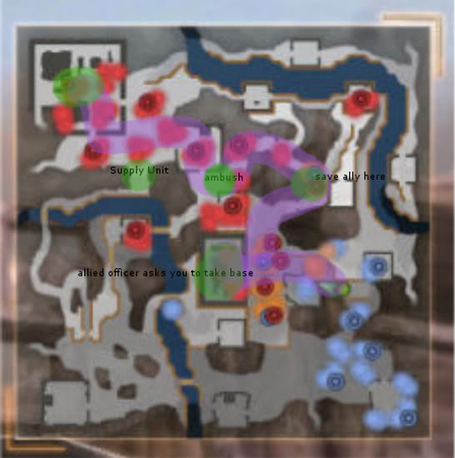 With all said, if you have never played Dynasty Warriors, or you quit because you think they are boring, I strongly recommend you to give Dynasty Warriors 7 a try while keeping what I have said in your mind. With all the improvement that was made, in my opinion 7 is definitely the pinnacle of the series, with a new combat system and an amazing story (yes, there is a story in this game, and I am not talking about those cutscenes between each maps in previous games, but a real story that can gives you goosebumps and manly tears).

Plus there are pandas, you know you can't resist pandas. 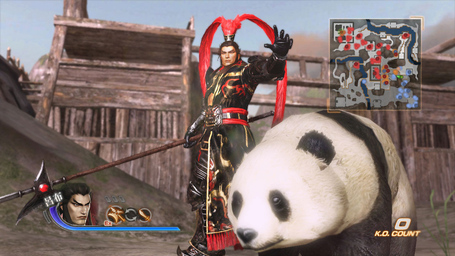