"Required Reading" is an ongoing series where we look at some of the ancillary media related to our favorite games; from books, to comics, to films. We'll take a look at the story behind the creation of the piece, if any, and review the quality of the work as a whole. Finally, we'll discuss whether it adds anything of substance to the narrative of the franchise. Today, we'll be taking a look at... 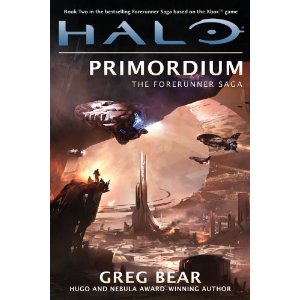 It is your task to kill this servant, that another may be freed.

After the release of the first novel in Greg Bear's Forerunner Saga, Halo: Cryptum, reactions were mixed. The book was accused of being slow, monotonous, unoriginal, and uninteresting. It was called a difficult read, suitable only for the most die-hard of Halo fans and few else. It was mainly considered a success at filling the backstory of the Halo franchise, explaining the origins and history of many of the species, locations, and technological inventions that would play a role in Master Chief's adventures on the Xbox and Xbox 360. The novel was disappointing on its own as a story, and only served as a companion piece to more interesting tales told in the game universe. 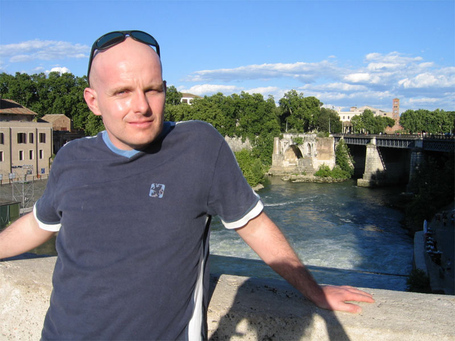 It was clear from this reaction that some adjustments needed to be made. For the sequel, Halo: Primordium, Bear decided to shift focus from the Forerunners Bornstellar and The Didact to their human companions Chakas and Riser. This allowed for more relatable characters to tell the story, as well as provided more active and interesting protagonists with clearer motivations. Bear also sought to tie the story more closely with those stories already familiar to Halo fans. 343's own Frank O'Connor promised that at least one character in the sequel would have a meaningful connection to series superstar, John 117. With these plans in mind, Primordium tells the story of Bornstellar's human guides who crash-land on a Halo after the climactic events in Cryptum.

Or are you after all only an imitation of a Precursor, a puppet - a reanimated corpse?

Primordium tells the story of primitive Humans Chakas and Riser, who, after helping guide Bornstellar to The Didact's Cryptum, got swept up on a galaxy-spanning adventure with the two Forerunners. After the Forerunner infighting that built up to the climax of Halo: Cryptum, Chakas and Riser find themselves separated after crash landing on Halo Installation 07. They travel across the ring planet in search of each other, learning more about Human-Forerunner relations, and crossing paths with the Rampant Mendicant Bias and the now free Precursor, The Primordial, who plan to destroy the Forerunners once and for all. 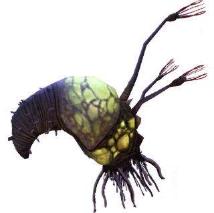 The Flood: bane of the Halo franchise.

By switching the focus of the story to the Human characters, Bear succeeds in providing a relatable set of protagonists for his audience. Unlike the passive and generally unambitious Bornstellar, Chakas and Riser are emotional, ambitious, and... well, more human. They have desires and plans and goals, and they are instantly more interesting because of that. As Humans, they also share the same set of references that we have, mentioning Earth wildlife and lacking in the information that we lack--thus allowing Bear to explain things to them and, thus, to us. It's also interesting to hear of the events of Halo: Cryptum from their perspective in a few instances scattered over the course of Primordium.

Through their travels across Halo, looking for a way back to Earth, Chakas and Riser learn more about the Precursor and Mendicant Bias, informing more of what we know about Monitors, The Composer, and the source of The Flood. Events and discoveries in Primordium are less impactful than the ones revealed in its predecessor, but they are more directly connected to the events of Halos 1-4.

The shadowy branch of Human government.

As such, the story is much more interesting, moving along much quicker than the snail's pace of Cryptum, and is much easier to digest as information is more naturally revealed to the reader. It still suffers a bit from being one-third of a trilogy as there is no definitive arc, and there is still a gap in our knowledge that is sure to be filled in by the final third, Halo: Silentium. It's irritating then, that the end of the book doesn't immediately invest you in what comes next. It seems to have a conclusive, albeit a bit underwhelming, ending. If it weren't for the knowledge that the Halos must eventually be fired and the Forerunners all but exterminated, I'd be left feeling a bit disinterested in the sequel.

However, as mentioned before, Primordium is much more effective at relating to the Halo games that we know and love. The story of Chakas is told through a meta-narrative. Chakas is relating his story to a group of humans from the Office of Naval Intelligence (ONI), post-Halo 3, having been converted into a Monitor by The Composer at the end of the book. As such, the story is focused more directly on how it relates to Halo 4's portrayals of the Forerunners, The Didact, and The Librarian, and hints that there might be more of The Librarian to come in future installments of the games.

You have asked me to tell you about that time. Since you are the true Reclaimers, I must obey. (Spoiler Section)

The overarching implications are smaller than in Cryptum, but Primordium, too, reveals new secrets of the Halo universe. It's revealed that much like how the Forerunners record imprints of their ancestors, The Librarian had been putting "soul recordings" of ancient humans in the minds of the now devolved humans. Chakas specifically houses the imprint of the Lord of Admirals, the human warrior that was the main opposition of The Didact in The Human-Forerunner War. While he doesn't provide many revelations to the narrative, he does provide insight into the feelings of the humans during the war, and how some had even considered using the encroaching Flood as a weapon to infect the Forerunners, something that was ultimately decided against. 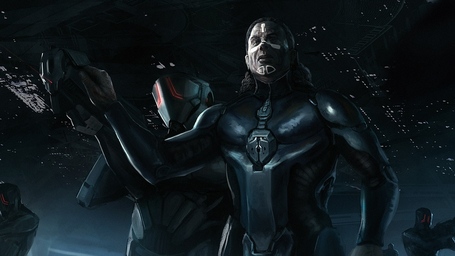 Forthencho, the Lord of Admirals, surrenders to The Didact.

We also get more elaboration on the Forerunner tech known as The Composer, which, as shown in Halo 4, digitizes life and allows memories and personalities to be stored and shared for later generations. This is used to not only upload memories and thoughts of great Forerunner thinkers to the Domain (sort of a neural internet), but also allows them to live on in their descendants and take on caretaking roles when uploaded into machinery. It's revealed that the Monitors of the Halo installations were all created with the aid of The Composer, as were the Promethean warriors Master Chief battles in Halo 4. 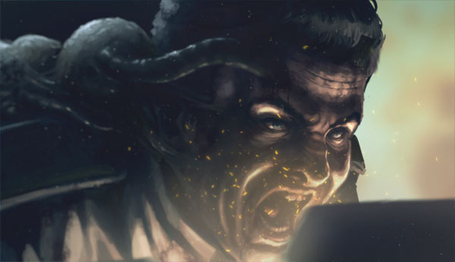 Due to Mendicant Bias and The Master Builder's unintentional release of the Precursor captive known as The Primordial, the ancient beast makes his way onto Installation 07. The Master Builder requested that Mendicant Bias, the greatest of the Forerunner AIs, to interrogate The Primordial to find out more about the Precursors. Mendicant Bias does so for decades and ends up going Rampant in a situation not unlike Cortana's captivity with the Gravemind. Due to this, he and The Primordial steal the Halo that puts forth the events seen in the climax of Halo: Cryptum. Meanwhile, The Primordial begins rounding up humans on the Halo and experimenting on them with The Flood, while also hoping to assimilate the knowledge of their ancestors that had been imprinted on them.

When The Didact eventually shows up to save Riser and Chakas, The Primordial reveals that Humans were never immune to The Flood, but that the Flood are capable of choosing who to infect and who not to. In a twist similar to the much maligned one in the Mass Effect series, it's revealed that the Precursors, together with the Flood, allow species to grow and expand, testing them to see if they are worthy of "The Mantle". The Forerunners were found unworthy, and it had been decided that the Flood would assimilate them while allowing Humanity a chance to grow. It's implied that they allow civilizations to grow to a point before consuming it and forcing a new species to evolve, so that the Flood can continue to inherit the growth of these species to form their ultimate goal of "Unity". 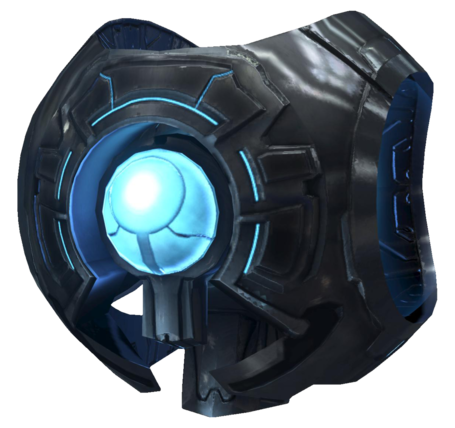 After being tortured and imprinted by The Primordial, Chakas is near-death, so The Didact uses The Composer to convert him into a monitor. Through the meta-narrative of ONI listening to this Monitor's tale, it's revealed that he is heavily damaged and was found in the wreckage of Installation 00, The Ark. Chakas is none other than 343 Guilty Spark. As he nears power failure, Spark convinces ONI into allowing him to upload his story into their ship's computers, and at that point gleefully takes control. He reduces the oxygen flow of the ship, incapacitating but not killing the crew members, and mentions that after going through his memories one last time, he is convinced that he knows where he can find The Librarian and his friends. GUILTY SPARK LIVES!

Have you read Halo: Primordium? Do you plan to? What are your thoughts on the book or the universe as a whole?