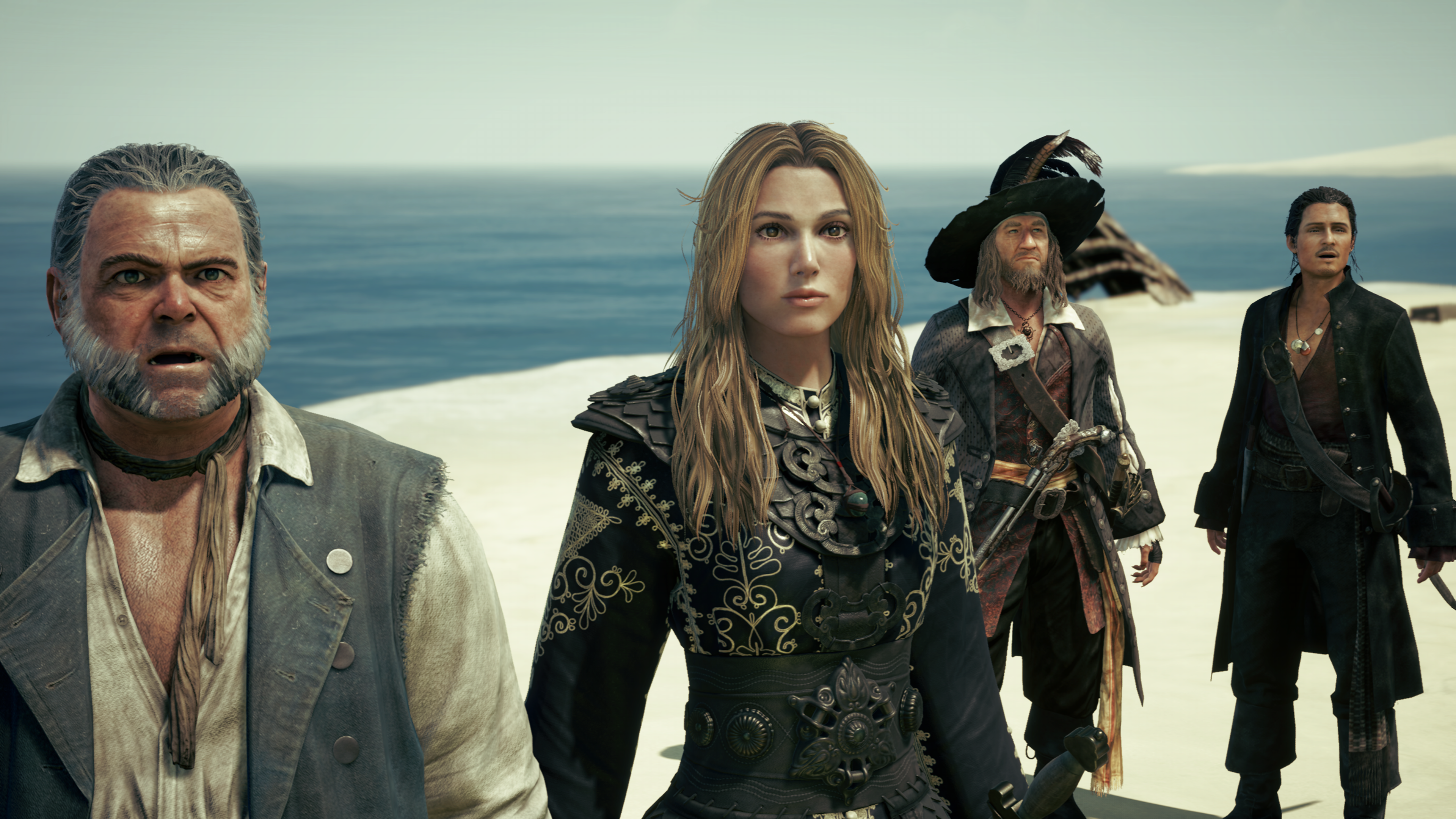 Let me open this post by saying that I’ll probably agree with everyone that the story and its execution sucks. Hands down, I would have fired everyone involved in the writing of Kingdom Hearts after the first game and I wish they would have injected a more coherent storyline after all the needless blurs and magic that was shrouding the whole "chapter" that somehow ended spawning many titles along the road. I believe that the franchise itself has that potential in it and it always did… but Nomura has to go because moving forward he either gets better at directions or he should concede his position to another person who shares the passion of Kingdom Hearts as Naoki Yoshida does for Final Fantasy XIV.

That’s not to say I didn’t enjoy Kingdom Hearts 3. I loved it very much to the point I just wished for more content in each world, but they were so short… or rather maybe I went through them so fast that it felt short to me. As I ate through the content I was genuinely insanely shocked by how detailed and visually stunning was each world, especially in the Kingdom of Cortana which was by far one of my favorites in the game followed by Toy Story world. I would say out of all Kingdom Hearts games I’ve played I think in terms of music KH3 just wins my heart (‘ey!). Again, especially with Kingdom of Cortana and Toy Story world battle music.

I feel like they screwed up with Pirates of the Caribbean in the music but… that’s another subject for another time. In terms of visuals, like I said on twitter, it felt like someone just said "hold me beer, mate!" and did unspeakable magical things to the world. The visuals were pretty damn stunning. I played this game on Xbox One X (just for future reference): 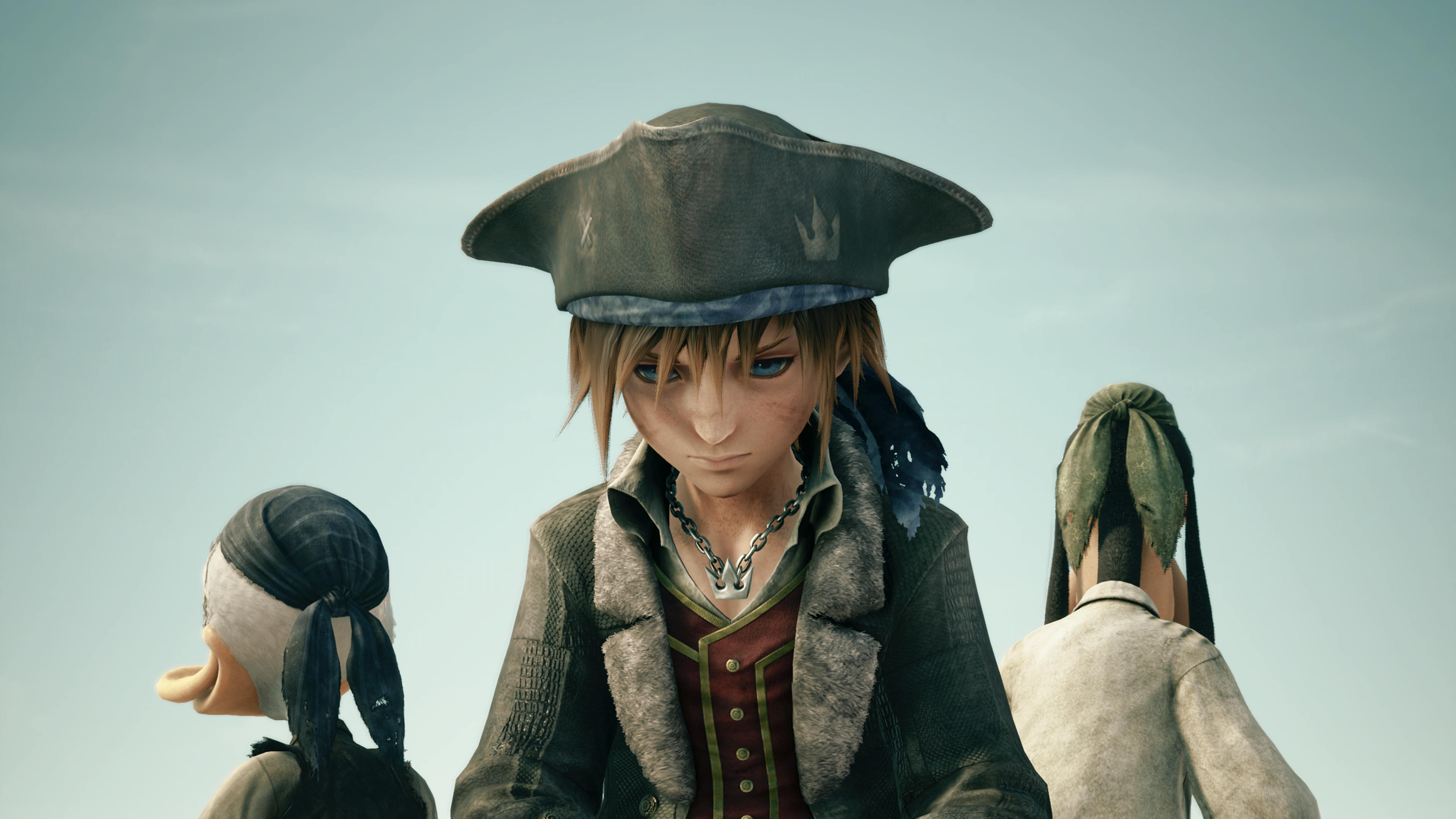 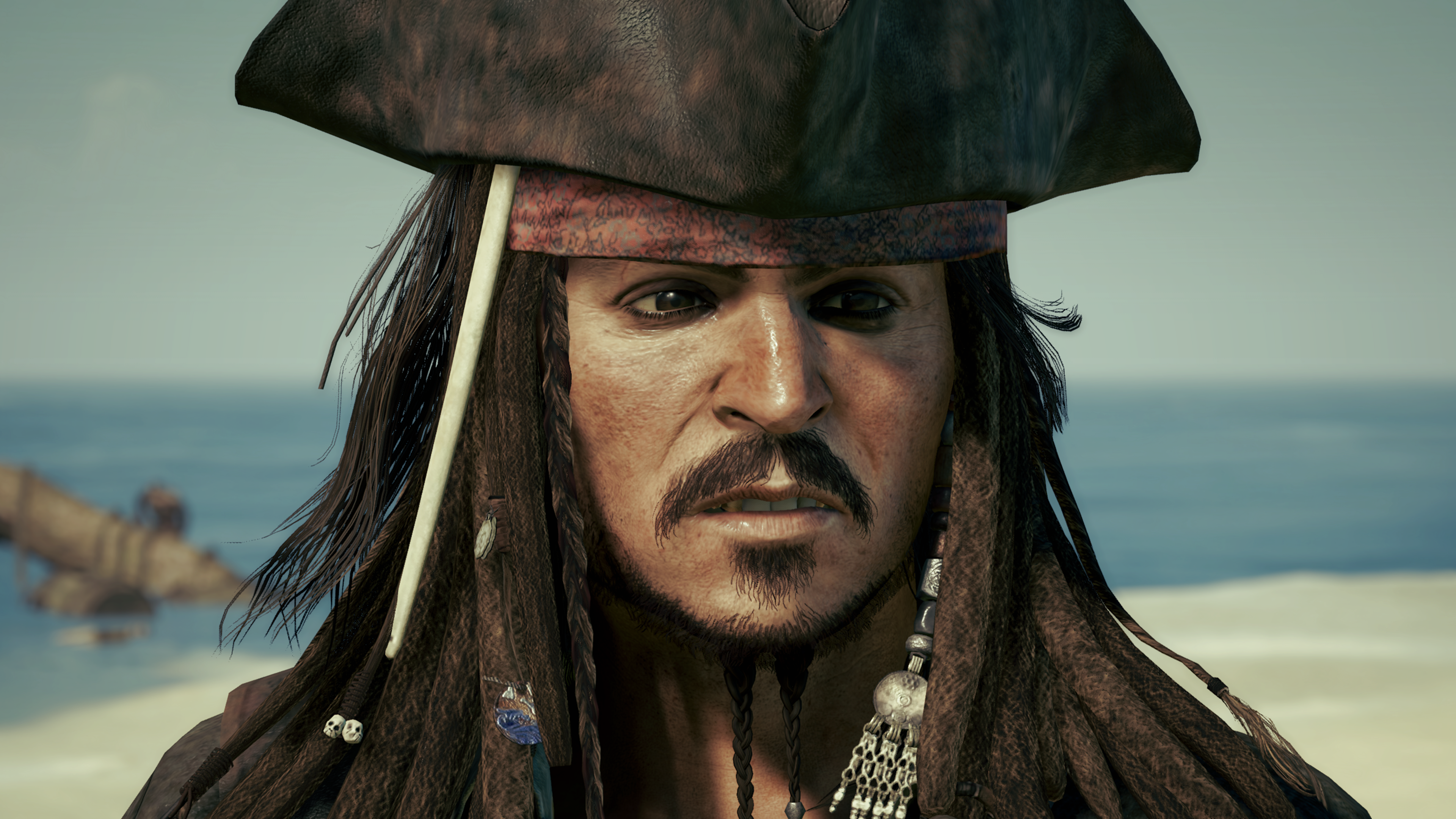 I really liked the new princesses introduced. To me they were mostly memorable compared to previous installments, perhaps because it was more Disney-infused than ever to the point it’d relate to the movies rather than making something up… and part of me is glad that they just went along and gave that small glimpse of Disney "magic" in it rather than let KH writers execute some weird scenario.

The addition of attractions and the array of years of additions in Kingdom Hearts games has made its way to a singular button "Y" (if you are on Xbox), except Reactions (Kingdom Hearts 2 addition that enabled you to react differently to each enemy like going behind them, etc). I was actually surprised they added a lot from the old games like Links (summoning dream creatures, etc), Focus (I think it was added in BBS?). I was like "oh, maybe they’ll add Command Board!" I was disappointed they didn’t.

This time it wasn’t awkward openings with Final Fantasy characters. I didn’t really miss any of them in the game. It was purely just the original KH cast and Disney characters. I wasn’t really disappointed by that at all. I think they had their time, and given each world events it didn’t make sense including any Final Fantasy character in it. I genuinely thought it was the right direction because at some point it wouldn't make sense adding Final Fantasy heroes and to be honest most of the additions in the past were also kinda meh one-liners and incredibly isolated situations that never let Sora do any growing.

Everything else regarding combat and gameplay felt incredibly standard. There isn’t much to write home because it has already been written in the past decades with all the installments. Gameplay was never tactical, it was as I remember Nomura talking about it in the past to just spin into action, pull all the stops you can in a battle to defeat the enemies presented. Of course you still need to pull out to heal yourself a bit and get back to it. In the final battle with Xehanort… there’s no time to think because of how fast-paced it is most of the time. You just react to what Xehanort is doing because there’s no time to sit and say hey how should I approach this battle.

Anyway, backing up a bit before I start talking about the story elements of the game. I really liked a lot of what they did with the gummi ships and how it was basically "open" to fly around engage in battle, solve puzzles around the… interstellar space?.... god knows. But… I really like that you can engage with mini bosses and squeeze more fun out of it (if that’s your thing). I always felt challenged doing the bosses as they keep you up your toes in most of the fights unless you are using an overpowered gummi ship. 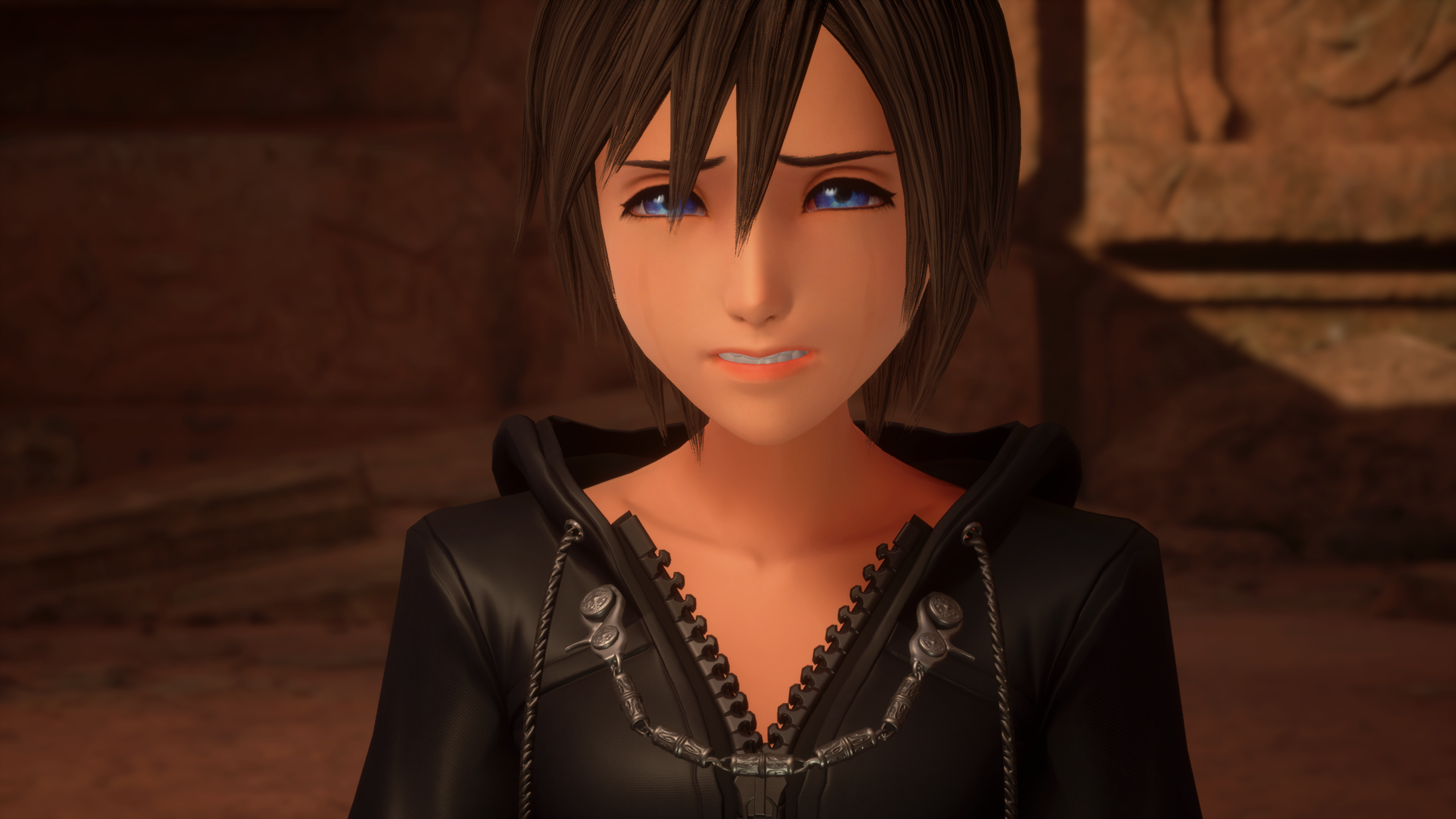 Storywise it’s a dumpster on fire with the occasional heartwarming scenarios of reunion and closure it’s a similar feeling of eating in Olive Garden and expecting it to taste good so you just convince yourself "it tastes good, therefore it is". What was I talking about again?

I'll admit though, looking back as someone that sometimes gets overly attached to things a great part of me was satisfied with each closure/conclusion/reunion of the past keyblade wielders. After all, a lot of them were just collateral damage by Ansem and Xehanort and perhaps Eraqus, but he was kinda stuck in the inbetween of all things.

Xehanort has a plan that took a whole decade to pull out. There are still a lot of details that are a bit fuzzy to me but basically he wanted to bring forth Kingdom Hearts to "restart the worlds" Evangelion style. Plunge it into darkness and let it be reborn into a perfect world of light-only. (is what I took from it)

You gotta be thinking like… ok, you took how many games to just execute this out? I am happy about all things coming to a conclusion. I’m just not happy how Square Enix milks the execution with the laziness in writing.

How Xehanort got his past young self back to the future, split his heart to the replicas and all the nonsense involved (which I guess all the answers lies to magic)…. Wasn’t interesting or clever or witty. But that’s just me, I just expected a better execution. I did enjoy a lot of the visuals because honestly out of all of the elements in the game one stood out like a champ and that's the visuals. Every damn time I'm just dumbfounded on how amazing and colourful everything looks:

I think one of the biggest… bone I have to pick is that you can’t explore the final final world at all… once you start walking it triggers the final sequences in the game and… there goes your exploring. And... again the visuals were amazing

The holy trinity, quite literally 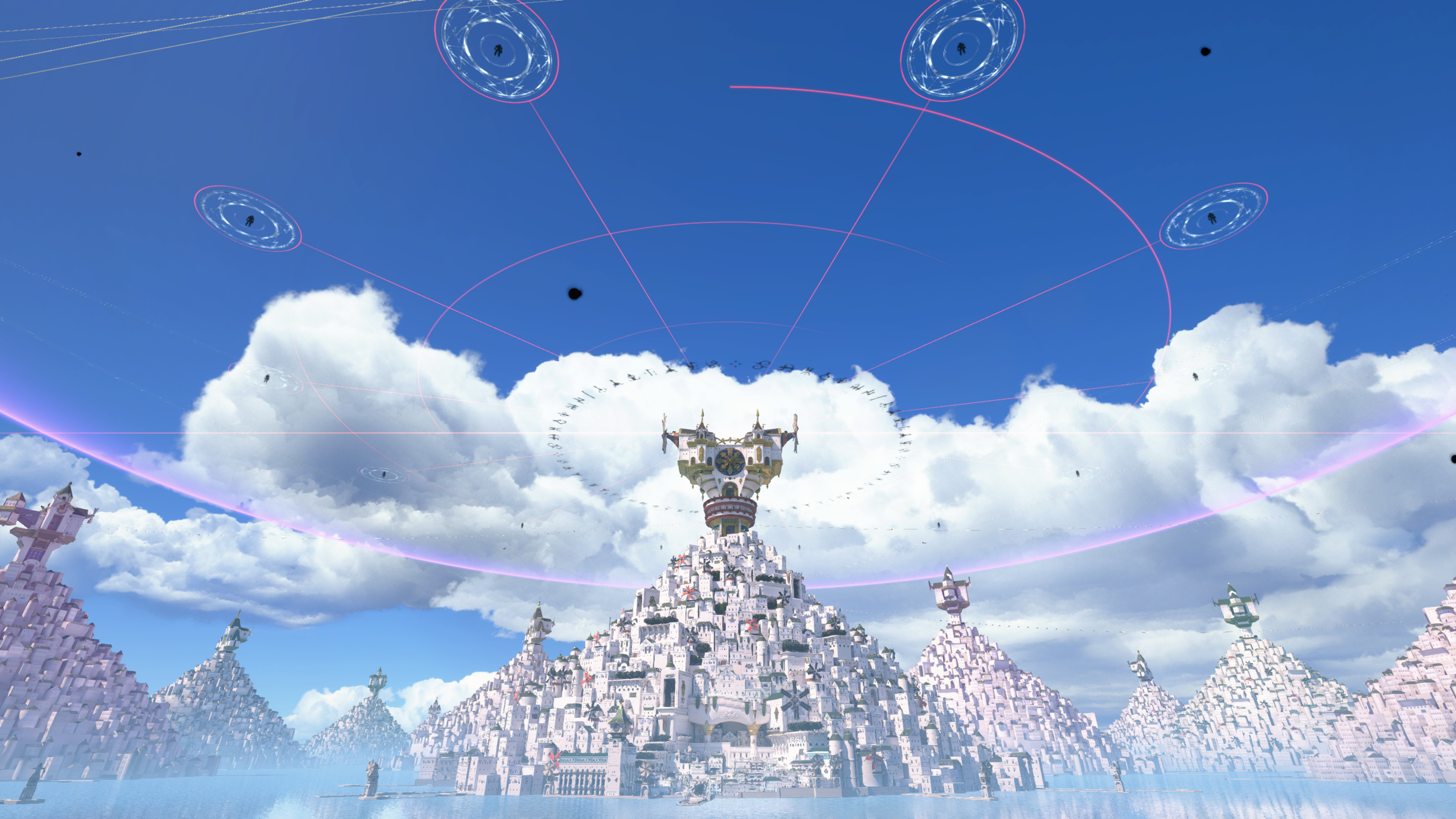 Things about to take me a few hours to battle through...

Moving things forward… the Lost Masters are back (as I interpreted it) and they seemed to have an all vacations paid in Kingdom Hearts as for Luxu(Xigbar) to summon them Kingdom Hearts had to be open. (this is related to the secret reports that are unlocked post-game). The secret report goes to the length of explaining about the Keyblade with the eye socketed in it and probably will explain why he doesn’t have an eye.

I omitted a lot of the story stuff because honestly if you are here it probably means you are done with the game. Except for the secret reports, you gotta unlock them!

All that Xehanort stuff aside. I am excited for more Kingdom Hearts… but the way Square Enix is handling things probably means having a decade of core games and spinoffs to squeeze more money out of it. Sadly, they have given in to this "episodic"-style content to squeeze as much as they can.

I also think that with the introduction of the lost masters and Xigbar finally taking action means that we are probably near the end of the series itself because beyond that masters I just don’t know what else they are going to do.

All in all. Don’t take anything face value, I’m just here chilling drinking a beer and writing this stuff up. Perhaps how I wrote this may give the impression that I’m somehow "angry" but I’m getting old and it ain’t no time getting mad for a video game. I am however a passionate person with certain games and IRL I can talk nonstop about stuff and see me argue about nonsense that at the end of the day doesn’t matter but it’s all in the fun.

Personally, I had an incredibly time with Kingdom Hearts 3. I was just so happy and full of well happiness that we finally had some closure on many things. The music and gameplay and seeing everything come together was pretty worthwhile for me. Would literally go to the concerts once they bring in the KH3 tracks in.