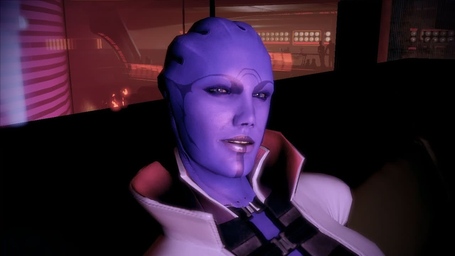 You don't mess with Aria T'Loak!

So Bioware not only announced an extensive single player, DLC expansion pack for Mass Effect 3, but the best part - and I never thought I'd say this - is that you'll play as Aria, not Commander Shepard. To put it into the words of Ms. Gera,

"Omega" is said to be twice the size of all previous Mass Effect 3 DLC, allowing users to take on the role of Aria as part of a single-player campaign in which she works to retake the Omega space station from the grip of Cerberus control.

I'm incredibly excited about this, I've only recently got around to purchasing the Leviathan pack (holding off to play both together), but the story about the retaking of Omega is something that no Mass Effect fan should have any intention of skipping.

I can't wait to touch down on Omega once more, what about you folks?