Thanks to a little Birdo, I decided to reseruect this post I made a few months ago. Most of this is old but part of the feelings I had when I wrote this are still the same. Now that the trilogy is upon us I'm sure there will be new players here and there. An PS3 owners will finally be able to get Mass Effect 1, I figured now is a perfect time to (re)share this with you all.

About this time last year I was speaking with a friend of mine on how I would retire from playing video games. We where discussing what games that year we were looking forward to. As I looked at the list of games I thought it would be a good year. But in reality all I wanted was Mass Effect 3. I was explaining to him that if I could only have one game that year, Mass Effect 3 would be it and that after I will put down the controller and move on with my life. While that statement is not fully accurate my intention still holds true. My passion for gaming has slowly descended from something I loved doing, to just something I do to past time. I no longer play games the way I used to and it is all because of the Mass Effect 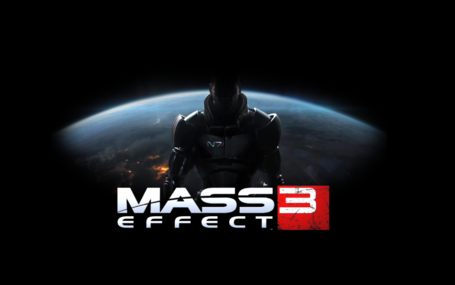 Similar to most people, I started gaming at an early age. Thanks to my older brother and cousins, I was able to enjoy games at the tender age of three. While I may not have known what the hell I was doing, I did make things move on screen (even if my controller was not plugged in at the time). My first actual console of my own was the Sega Genesis. During the 90’s I will have played a plethora of great games. I will also have owned almost every major system from that point on. Gaming became everything to me. The older I got the more games I explored. It was not until Resident Evil and Metal Gear Solid that story really mattered to me in games. These two games changed my perspective on how to experience story in a game. No mater what I played I wanted a game with an amazing story. Needless to say Bioware became one of my favorite developers the day I finish Knights of The Old Republic. Any game they released from that day on I would find a way to play. So when I first heard of Mass Effect I was more than ecstatic. On Nov 20, 2007, my hunger for gaming will only be feed by one series.

Like other RPG’s Mass Effect is about choice. What set’s it apart is the basic fact your choices followed you through out the trilogy. A year after the first game was released Bioware said it would allow you to carry over your save data. Everything from look, who lived, dies, who I fight with, who I sleep with, the lonely NPC I saved in a side mission, it all matterd, and would all have an effect on the world these characters lived in. What made it even better was that I was in control of most of it. Bioware did something that others did not; it gave me as a player a bigger voice on the events that happen. By stripping away the old sentence structured dialogue system, I was able to give Shepard a better voice. Not only that, but Shepard was actually voiced by and actual person (actor). No more silent protagonist. It was like being the director of a movie. One that let me craft a emotional tone. More importantly it put more of who I am into the game. Suddenly the story of Shepard saving the galaxy became more important than ever. It became the story of how I saved the galaxy. I was part of the crew and one of the characters. 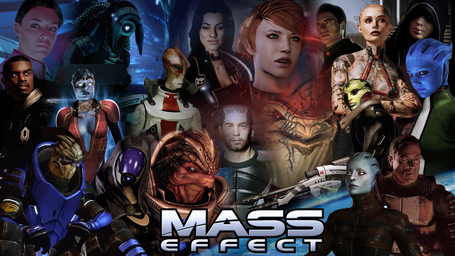 That is what stood out to me most. The characters and the conversations between you and your crew members felt real. While each game had their own faults the one things they did not lack where well-developed and likable characters’. Every race, every person you spoke to had his or her own voice, which is something most games have always lacked. It was believable, it was comfortable, and it was real. The Normandy crew became my friends. Through out thick and thin they would be there for me and I for them. As I injected more of who I am as a person into Shepard’s activities, I soon began to look at the characters in the game as my real life friends. Two of my real life best friends are male and female, who I relate to as Garrus and Liara to. Ash would be my real life girlfriend, while Tali is like my faux little sister. No other game has been able to do this. Needles to say I had an emotional attachment to this game.

By now I’m sounding crazy and obsessed. Well I’m not crazy, maybe obsessed, but not crazy. As I said before the series has allowed me to help direct the story. It gave me a voice in how events will play out. So for the past five years it was all that really mattered to me. I carried my friends to Ilos with me, dragged them through the Omega 4 relay, and they were with me on that last push in London. They stood by me at my most desperate time. As I also stood by them. We watched each other bleed and cry, we lost some friends along the way, and made some new ones. The road traveled was a long one and in this short five years these people will have become my family. This was the end, we planned and prepared for this day and it was finally upon us. As Shepard stood on the crucible with the Catalyst, debating what to do so did I. Every thing up until this point was for the love of my family. No other story has or probably will never have the same impact on me the way Mass Effect did. So as I limped my way over to end the Reaper threat, the flashbacks of my family will be one of memory. I loved them because Shepard loved them. The choices I made where mine alone. I may have made mistakes but I owned those mistakes. If any game from this point on, or any movie, book, TV show, or play can do that then by all accounts great. I look forward to it. As I want to tell stories that will mean something to someone as well. But as far as gaming goes Mass Effect will forever have a hold on me no game will ever match. Which is why retirement seems like a good idea. Mass Effect 3 was the culmination of a five yearlong journey. One of which I, we, all had a hand in telling. I’ll probably never have a experience like this ever again. So I’m glad I was along for this ride. 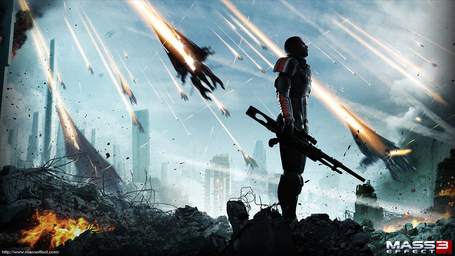 Say what you want about the ending, the ride we all took to get to this point was none other than stellar. I will continue play games still, but to be honest I don’t care about anything else that is coming. Commander Louis Shepard gave up everything, it is kind of befitting that I give up what I considered everything as well.

Note: I didn't retire fully from gaming. I don't ever think I could. This was more a love letter to Mass Effect and my feeling towards it. Also I haven't gone back to the series after the debacle that was the extended cut ending. I felt that destroyed part of the magic that was the series, and part of the story telling. I downloaded it, saw it and was disgusted by it. I removed it from my hard drive, but it is something that can now never be unseen. Going back through this again, makes me want to re-play the games again. It's like that TV show you love, or that movie, no matter how many times you go through it there is always something new to find or discover.